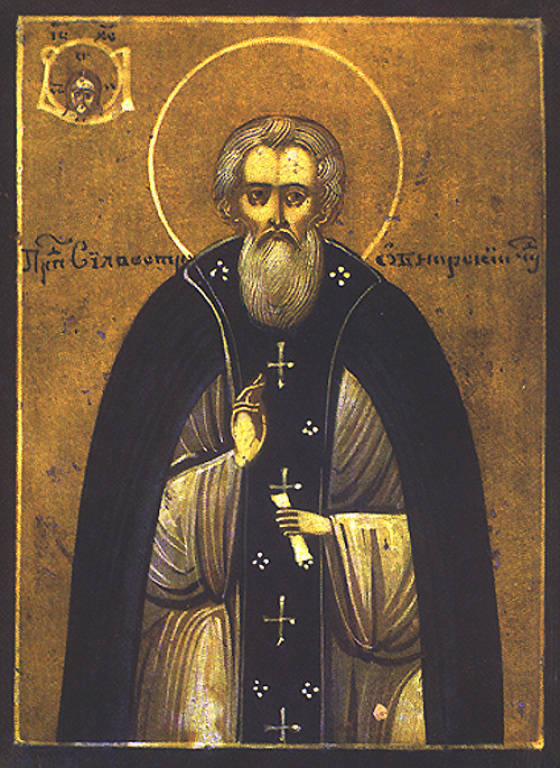 Pope Sylvester I (also Silvester, died 31 December 335) was born around the year 250. Sylvester was under the care of a priest to be taught the practice of religion and sacred literature. He loved to provide shelter to Christians passing through the city, washing their feet, serving them at table, in the imitation and in the name of our Lord Jesus. One of the Christians that Sylvester served was Timothy of Antioch, an illustrious confessor of the faith. When he arrived in Rome, no one had courage to receive him, but Sylvester did this honorable act.

For a year, Timothy spread the gospel teachings of Jesus, with great ardor, living in Sylvester’s home. After Timothy died as a martyr, Sylvester buried his remains, but the governor had him imprisoned on the accusation of stealing Timothy’s wealth. Sylvester clarified that all Timothy left him was the heritage of his faith and courage. After the governor one day swallowed a fish bone and died, the guards set the brave young man free. Sylvester’s courageous acts became known to Pope Melchiades, who elevated him to the diaconate.

He was the bishop of Rome from 31 January 314 until his death. He filled the see of Rome at an important era in the history of the Western Church. The accounts of his pontificate preserved in the seventh- or eighth-century Liber Pontificalis contain little more than a record of the gifts said to have been conferred on the church by Constantine I, although it does say that he was the son of a Roman named Rufinus. His feast is celebrated as Saint Sylvester’s Day in Western Christianity on 31 December, while Eastern Christianity commemorates it on 2 January.

Under the tyranny of Diocletian, the persecution of Christians grew worse while Sylvester was still a young priest. Most Christians that went abroad were put to the test of offering sacrifice, with the alternative of apostasy or death. During this difficult time, Sylvester strengthened the confessors and martyrs, and God preserved his life from many dangers.

Large churches were founded and built during Sylvester I’s pontificate, including Basilica of St. John Lateran, Basilica of the Holy Cross in Jerusalem, Old St. Peter’s Basilica and several churches built over the graves of martyrs. Sylvester did not attend the First Council of Nicaea in 325, where the Nicene Creed was formulated, but he was represented by two legates, Vitus and Vincentius, and he approved the council’s decision.

One of the Symmachian forgeries, the Constitutum Silvestri, is an apocryphal alleged account of a Roman council, which partially builds on legends in the Acts of Sylvester which has been preserved in Greek, Syriac, and in Latin and the fictional stories of Sylvester’s close relationship with the first Christian emperor. These also appear in the Donation of Constantine.

Long after his death, the figure of Sylvester was embroidered upon in a fictional account of his relationship to Constantine, which seemed to successfully support the later Gelasian doctrine of papal supremacy, papal authority, guiding imperial power, the doctrine that is embodied in the forged Donation of Constantine of the eighth century. In the fiction, of which an early version is represented in the early sixth-century Symmachean forgeries, it is learnt that the Emperor Constantine was cured of leprosy by a vision of Sts. Peter and Paul who told him to visit Sylvester, who cured him by virtue of the administration of baptismal waters.

The Emperor, abjectly grateful, not only confirmed the bishop of Rome as the primate above all other bishops, he resigned his imperial insignia and walked before Sylvester’s horse holding the Pope’s bridle as the papal groom. The Pope, in return, offered the crown of his own good will to Constantine, who abandoned Rome to the pope and took up residence in Constantinople. “The doctrine behind this charming story is a radical one,” Norman F. Cantor observes: “The pope is supreme over all rulers, even the Roman emperor, who owes his crown to the pope and therefore may be deposed by papal decree”. The legend gained wide circulation.

Pope Sylvester II, himself an associate of Otto III, Holy Roman Emperor, chose the name Sylvester in imitation of Sylvester I. In the West, the liturgical feast of Saint Sylvester is on 31 December, the day of his burial in the Catacomb of Priscilla. This is now the last day in the year and, accordingly, in German-speaking countries and in some others close to them, New Year’s Eve is known as Silvester.

In some other countries, too, the day is usually referred to as Saint Sylvester’s Day or the Feast of Saint Sylvester. In São Paulo, Brazil, a long-distance running event called the Saint Silvester Road Race occurs every year on 31 December. Sylvester is believed to have built a church, where he was buried, at the cemetery of St. Priscilla on the Via Salaria. His relics were transferred in 762 by the pope St. Paul I to the basilica of San Silvestro in Capite.

Come, O Lord, to the help of your people, sustained by the intercession of Pope Saint Sylvester, so that, running the course of this present life under your guidance, we may happily attain life without end. 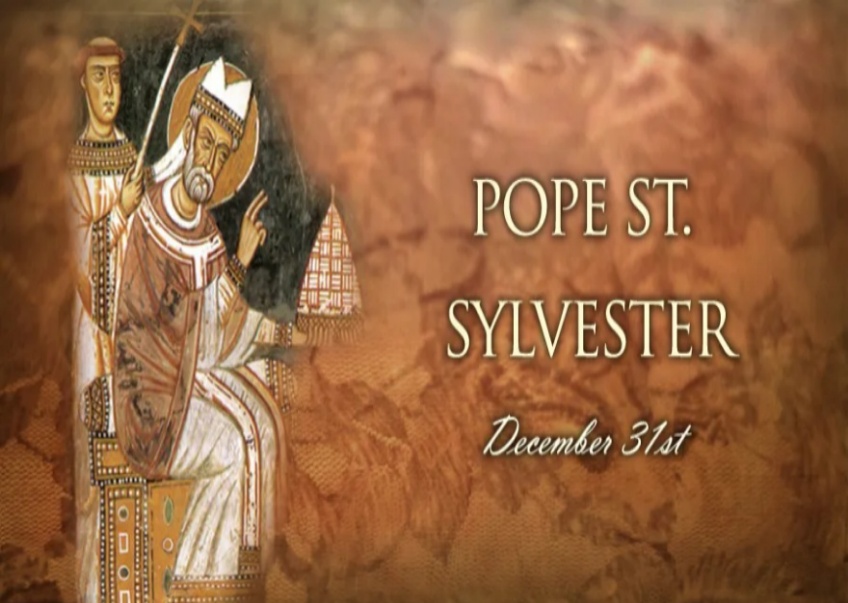 Saint Pope Sylvester I, pray for us.