FEAST OF SAINT GREGORY THE GREAT, POPE AND DOCTOR OF THE CHURCH – 3rd SEPTEMBER 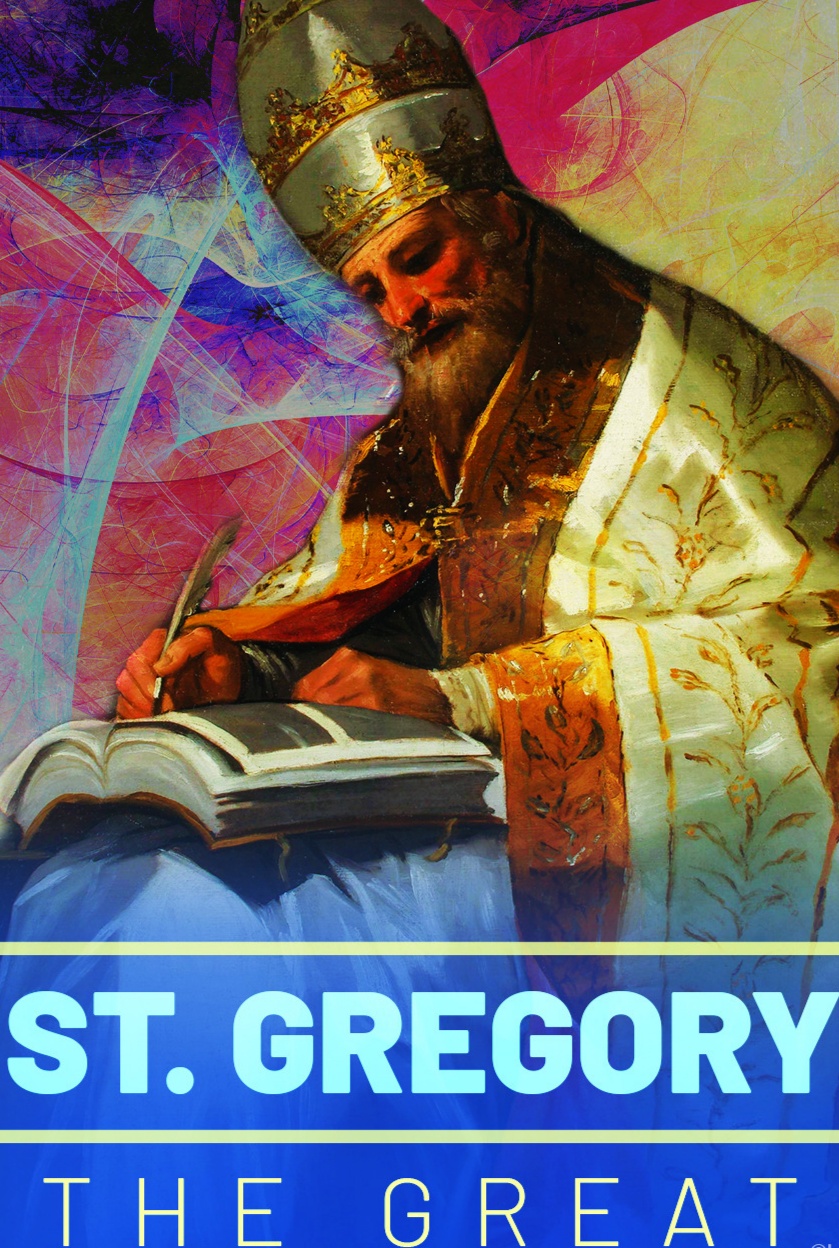 FEAST OF SAINT GREGORY THE GREAT, POPE AND DOCTOR OF THE CHURCH
FEAST DAY – 3rd SEPTEMBER

Pope Gregory I (c. 540 – 12 March 604), commonly known as Saint Gregory the Great, was Bishop of Rome from 3 September 590 to his death. He is known for instigating the first recorded large-scale mission from Rome, the Gregorian Mission, to convert the then largely pagan Anglo-Saxons to Christianity.

Gregory is also well known for his writings, which were more prolific than those of any of his predecessors as pope. The epithet Saint Gregory the Dialogist has been attached to him in Eastern Christianity because of his Dialogues. English translations of Eastern texts sometimes list him as Gregory “Dialogos”, or the Anglo-Latinate equivalent “Dialogus”.

Pope Saint Gregory the Great was born into a noble Roman family with a history of service to Church and empire. The family home was perched on one of Rome’s seven ancient hills, the Caelian, which Via San Gregorio still cuts through today. His father was a Roman senator, although at a time when Italy was in decline and the imperial government was based in Constantinople.

Gregory received an education in keeping with his class and became the Prefect of Rome, its highest civil position, in his early thirties. In 579 he was chosen by the pope as his emissary to the emperor’s court in Constantinople, primarily to seek the emperor’s assistance in protecting Italy from the Lombard tribes that had long ago overrun her.

Gregory was elected the bishop of his home city in 590 and was thus obligated to abandon the quiet life of a monk, which he had been living with some friends for a few years in a small monastery near his family home. In numerous letters which have fortunately been preserved, Pope Gregory, soon after his election, bemoans the loss of his monastic solitude, peaceful recollection, and life of prayer. 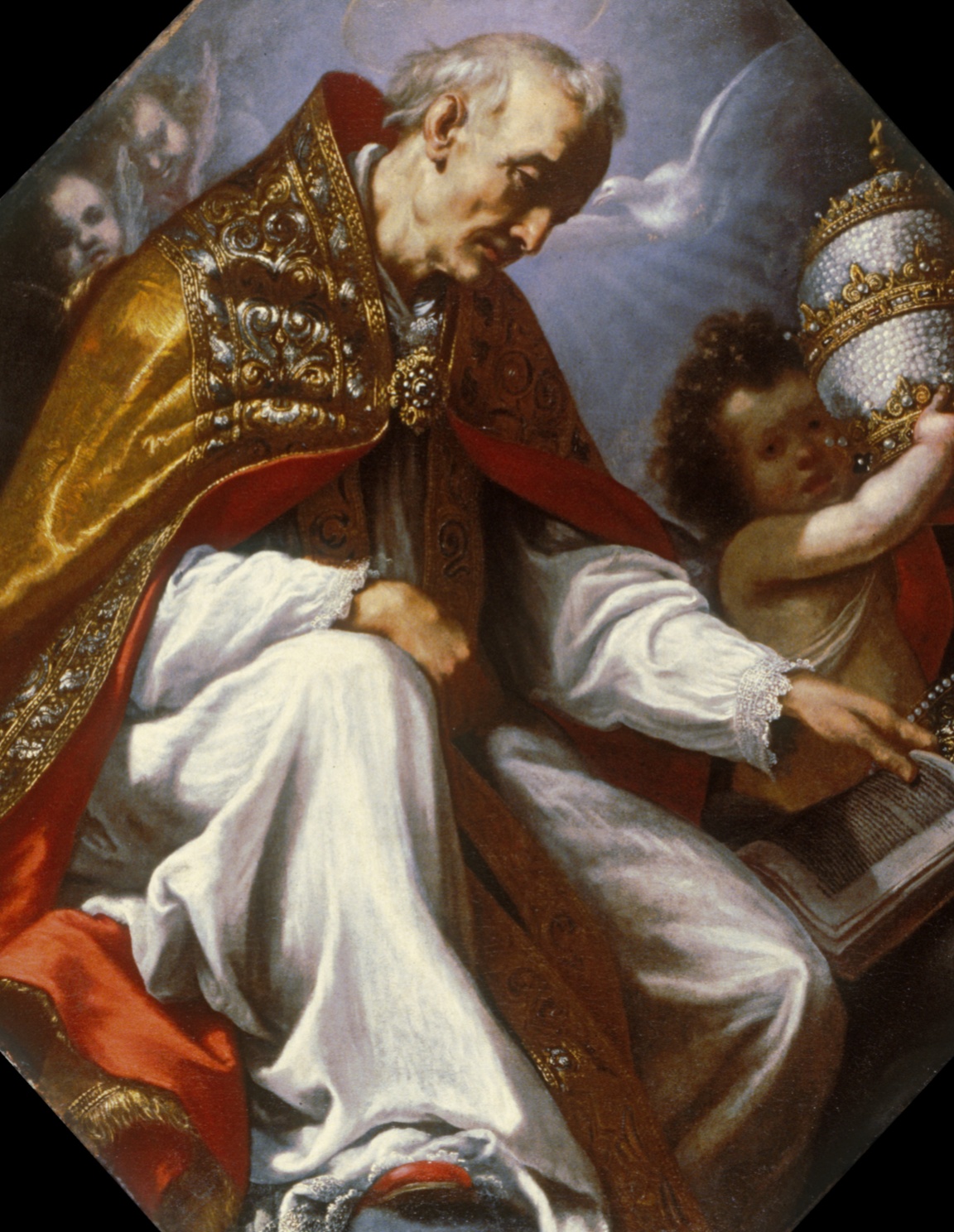 But he had only been a monk for a few short years. Gregory’s skills as an administrator, honed in his long years of prior civil and church leadership, proved valuable when he sat on the Chair of Saint Peter. He drew into the orbit of papal authority the bishops of France and Spain who had, until then, been operating somewhat autonomously.

He secured the allegiance of Italy’s northern tribes to orthodox Catholicism, compelling them to abandon the counterfeit Arian Christianity they had held for centuries. And Gregory made the fateful decision to personally organize and promote the great, and highly successful, missionary journey of Saint Augustine of Canterbury to the Kingdom of Kent in England.

Pope Saint Gregory the Great’s legacy in liturgy, pastoral doctrine, and miracles left a deep mark on medieval Europe and beyond. The Council of Trent in 1562 mandated the suppression of votive Mass cycles for the dead or for any other need. But the Council Fathers made one exception: The Mass of Saint Gregory, a cycle of thirty Masses on thirty consecutive days for the release of a soul from purgatory, were not suppressed.

Almost a thousand years after his death, Gregory’s memory was too venerable to suppress. Gregory was an encourager of the encouragers, a bishop who modeled, strengthened, and explained how and why his fellow bishops should be fathers first and lords second. 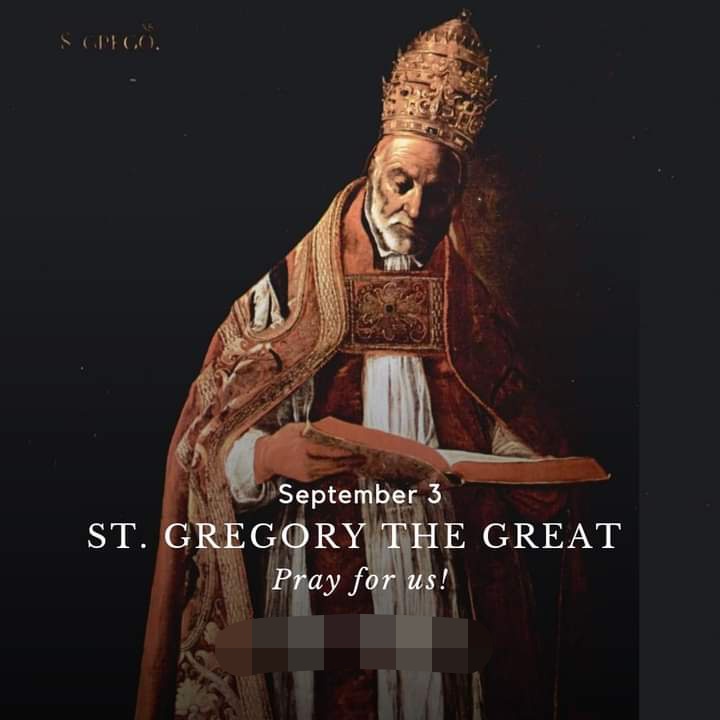 Throughout the Middle Ages, he was known as “the Father of Christian Worship” because of his exceptional efforts in revising the Roman worship of his day. His contributions to the development of the Divine Liturgy of the Presanctified Gifts, still in use in the Byzantine Rite, were so significant that he is generally recognized as its de facto author.

Gregory is one of the Latin Fathers and a Doctor of the Church. He is considered a saint in the Catholic Church, Eastern Orthodox Church, Anglican Communion, various Lutheran denominations, and other Protestant denominations. Immediately after his death, Gregory was canonized by popular acclaim. The Protestant reformer John Calvin admired Gregory greatly and declared in his Institutes that Gregory was the last good Pope. He is the patron saint of musicians, singers, students, and teachers.

Pope Gregory had strong convictions on missions: “Almighty God places good men in authority that He may impart through them the gifts of His mercy to their subjects. And this we find to be the case with the British over whom you have been appointed to rule, that through the blessings bestowed on you the blessings of heaven might be bestowed on your people also.”

He is credited with re-energizing the Church’s missionary work among the non-Christian peoples of northern Europe. He is most famous for sending a mission, often called the Gregorian mission, under Augustine of Canterbury, prior of Saint Andrew’s, where he had perhaps succeeded Gregory, to evangelize the pagan Anglo-Saxons of England.

It seems that the pope had never forgotten the English slaves whom he had once seen in the Roman Forum. The mission was successful, and it was from England that missionaries later set out for the Netherlands and Germany. The preaching of non-heretical Christian faith and the elimination of all deviations from it was a key element in Gregory’s worldview, and it constituted one of the major continuing policies of his pontificate.

Pope Gregory the Great urged his followers on the value of bathing as a bodily need. It is said he was declared a saint immediately after his death by “popular acclamation”. In his official documents, Gregory was the first to make extensive use of the term “Servant of the Servants of God” (servus servorum Dei) as a papal title, thus initiating a practice that was to be followed by most subsequent popes.

Pope Saint Gregory the Great, you maintained a healthy spiritual balance between universal and local concerns, holy leadership and practical management, helping Christians to weigh their many duties in proper perspective, to choose correctly what matters most to God and their own salvation.

May we continue to rely on this practice to gain spirituality and focus and enhance our Christian lives in a God-centered way. Amen
(Excerpts : mycatholiclife) 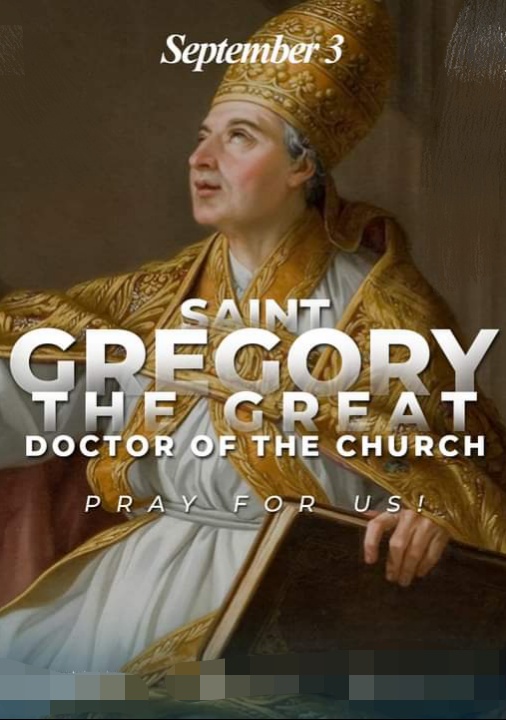