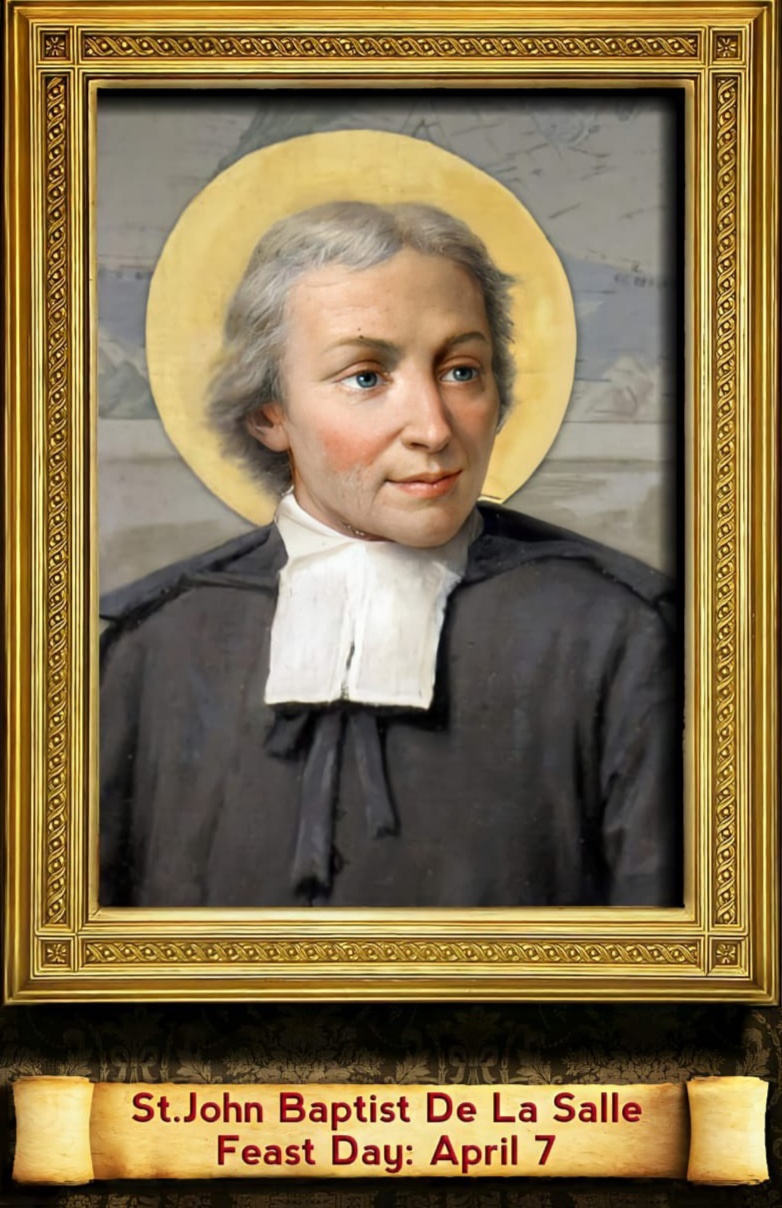 Jean-Baptiste de La Salle (April 30, 1651 – April 7, 1719) was a French priest, educational reformer, and founder of the Institute of the Brothers of the Christian Schools. He is a saint of the Catholic Church and the patron saint for teachers of youth. He is referred to both as La Salle and as De La Salle. He dedicated much of his life to the education of poor children in France and he started many educational practices.

Generations of schoolboys have been taught by the Christian Brothers, and their founder, St. John Baptist de la Salle, is familiar in their prayers and devotions. “Brothers Boys” are scattered all over the world and all of them have fond memories of their “De la Salle” days. John Baptist de la Salle was born at Rheims in 1651. He was the eldest child of Louis de La Salle and Nicolle Moet de Brouillet. Nicolle’s family was a noble one and ran a successful business. 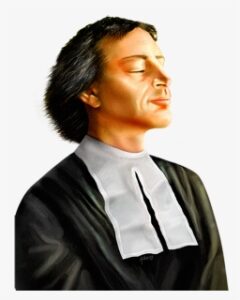 La Salle “received the tonsure” at age eleven, in an official ceremony that marked a boy’s intention, and his parents’ offer of their young sons, to the service of God. He was named canon of Reims Cathedral when he was sixteen. He was sent to the College des Bons Enfants, where he pursued higher studies and, on July 10, 1669, he took the degree of Master of Arts.

When De La Salle had completed his classical, literary, and philosophical courses, he was sent to Paris to enter the Seminary of Saint-Sulpice on October 18, 1670. His mother died on July 19, 1671, and on April 9, 1672, his father died. This circumstance obliged him to leave Saint-Sulpice on April 19, 1672. He was now twenty-one, the head of the family, and as such had the responsibility of educating his four brothers and two sisters.

He completed his theological studies and was ordained to the priesthood at the age of 26 on April 9, 1678. Two years later he received a doctorate in theology. Soon after ordination he was put in charge of a girls’ school, and in 1679 he met Adrian Nyel, a layman who wanted to open a school for boys. Two schools were started, and De la Salle became interested in the work of education.

He took an interest in the teachers, eventually invited them to live in his own house, and tried to train them in the educational system that was forming in his mind. This first group ultimately left, unable to grasp what the saint had in mind. Others, however, joined him, and the beginnings of the Brothers of the Christian Schools were begun. 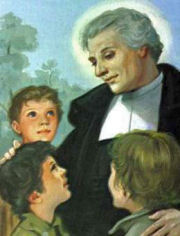 Seeing a unique opportunity for good, Canon de la Salle resigned his canonry, gave his inheritance to the poor, and began to organize his teachers into a religious congregation. Soon, boys from his schools began to ask for admission to the Brothers, and the founder set up a juniorate to prepare them for their life as religious teachers. The Sisters of the Child Jesus were a new religious congregation whose work was the care of the sick and education of poor girls.

The young priest had helped them in becoming established, and then served as their chaplain and confessor. It was through his work with the Sisters that in 1679 he met Adrian Nyel. With De La Salle’s help, a school was soon opened. Later, a wealthy woman in Rheims told Nyel she would endow a school, with La Salle’s help. What began as an effort to help Adrian Nyel establish a school for the poor in La Salle’s home town gradually became his life’s work.

At the request of many pastors, he also set up a training school for teachers, first at Rheims, then at Paris, and finally at St.-Denis. Realizing that he was breaking entirely new ground in the education of the young, John Baptist de la Salle wrote books on his system of education, opened schools for tradesmen, and even founded a school for the nobility, at the request of King James of England.

The congregation had a tumultuous history, and the setbacks that the founder had to face were many, but the work was begun, and he guided it with rare wisdom. In Lent of 1719, he grew weak, met with a serious accident, and died on Good Friday. He was canonized by Pope Leo XIII on May 24, 1900 and Pope Pius X inserted his feast in the General Roman Calendar in 1904 for celebration on 15 May. 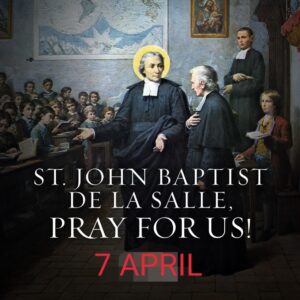 Because of his inspirational writings, Pope Pius XII proclaimed him patron of All Teachers of Youth on May 15, 1950. In the 1969 revision of the Church calendar, Pope Paul VI moved his feast day to April 7, the day of his death or “birth to heaven”, his dies natalis. He is Patron of Teachers of Youth, of the Institute of the Brothers of the Christian Schools, Lasallian Educational Institutions, Educators, School principals and Teachers.

La Salle was a pioneer in programs for training lay teachers. Of his writings on education, Matthew Arnold remarked: “Later works on the same subject have little improved the precepts, while they entirely lack the unction.” His educational innovations include Sunday courses for working young men, one of the first institutions in France for the care of delinquents, technical schools, and secondary schools for modern languages, arts, and sciences.

The LaSalle University says that his writings influenced educational practice, school management, and teacher preparation for more than 300 years. The Lasallian schools form a 300-year-old network following La Salle’s principles. Many of the schools are named after La Salle, and several streets, often near a Lasallian School, are named after him.

In 2021 the International Lasallian Mission Web site stated that the Lasallian order consists of about 3,000 Brothers, who help in running over 1,100 education centers in 80 countries with more than a million students, together with 90,000 teachers and lay associates. Asteroid 3002 Delasalle, discovered in 1982, was named after De La Salle.

O God, you chose Saint John Baptist de la Salle for the educational upbringing of young Christians, we pray that teachers in your Church devote themselves wholeheartedly to the human, spiritual, Christian formation of youth around the world, that they may impart wisdom and knowledge, understanding and responsibility in all their undertakings.