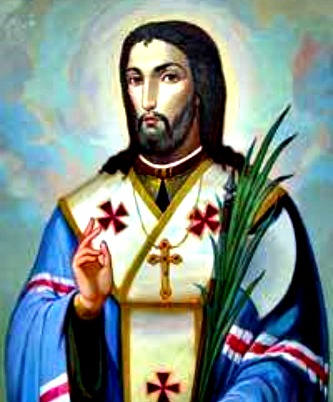 Saint Josaphat, whose former name was John Kunsevich, was born around the year 1580, in Volodymyr, Volhynian Voivodeship, which is now in Ukraine. In 1604, in his early 20s, Kuntsevych entered the Monastery of the Trinity (Church and monastery of Holy Trinity) of the Order of Saint Basil the Great in Vilnius, and was given the religious name of Josaphat.

He became a Basilian monk, then a priest, and soon was well known as a preacher and an ascetic. He became bishop of Vitebsk at a relatively young age, and faced a difficult situation. In 1595, the Orthodox bishop of Brest-Litovsk in present-day Belarus and five other bishops representing millions of Ruthenians, sought reunion with Rome. John Kunsevich dedicated his life to the same cause.

Most monks, fearing interference in liturgy and customs, did not want union with Rome. By synods, catechetical instruction, reform of the clergy, and personal example, however, Josaphat was successful in winning the greater part of the Orthodox in that area to the union. But the next year a dissident hierarchy was set up, and the opposition accused Josaphat of “becoming Latin” and that all his people would have to do the same.

Despite warnings, he went to Vitebsk which was a hotbed of revolt. There were many attempts made to stir up trouble and drive Josaphat from the diocese: A priest was sent to shout insults to him from his own courtyard. When Josaphat had him removed and locked in his house, the opposition rang the town hall bell, and a mob assembled. On 12 November, 1623, the priest was released, but members of the mob broke into the bishop’s home. Josaphat was struck with a halberd, then shot, and his body thrown into the river.

His body was recovered and is now buried in St. Peter’s Basilica in Rome. He was the first saint of the Eastern Church to be canonized by Rome. He is “the best-known victim” of anti-Catholic violence in relation to the Union of Brest, and is declared a martyr and saint of the Catholic Church. His feast is celebrated on 12th November.

O Saint Josaphat, wonderful Saint and heroic martyr for the union of our Church with the Vicar of Christ, the Pope of Rome. Thou are glorious on account of thy zeal in the propagation of the true Catholic faith among our people. Thou art wonderful because of thy heroic martyrdom for the unity of faith of our people with the Holy See of Rome, the true center of orthodox Catholicism.

Thou art admirable on account of thy sublime virtues with which thou has adorned thy soul. We admire thy ardent love for Jesus and Mary and thy allegiance to the Vicar of Christ. Thou art a sublime example of all virtues for the people of whom thou wert born.

Since thou art so powerful with God as thy miracles prove, I ask thee to obtain for me from Jesus and Mary a strong attachment to the Catholic faith and my beautiful Eastern Rite which I shall never betray nor abandon. Obtain also the grace of indefatigable zeal that I may labor for the reunion of my separated Eastern Brethren. Amen 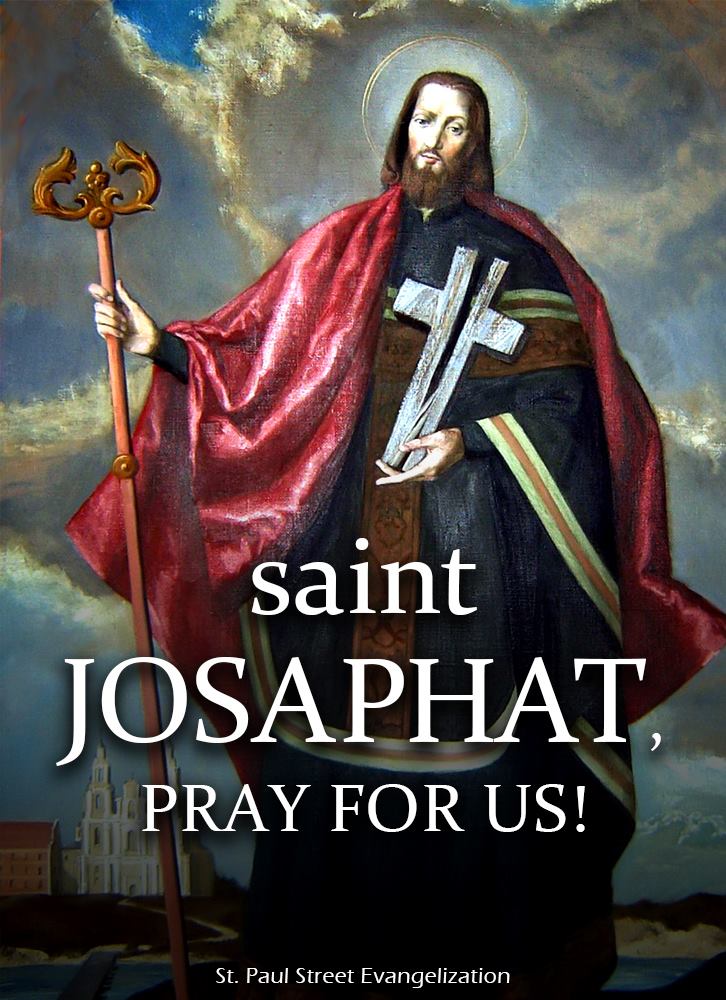