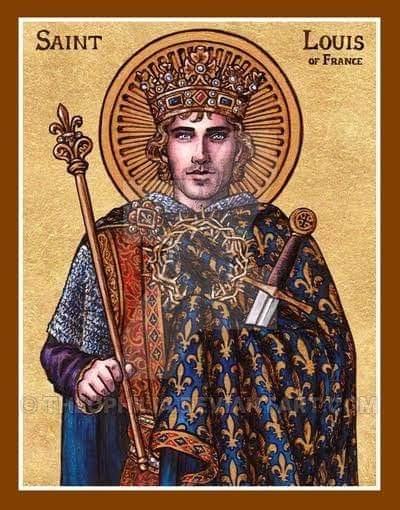 St. Louis, King of France, patron of Tertiaries, was the ninth of his name. He was born at Poissy, France, in 1214. His father was Louis VIII, and his mother was Blanche, daughter of Alfonso VIII of Castille, surnamed the Conqueror. At the age of twelve he lost his father, and his mother became regent of the kingdom. From his tenderest infancy she had inspired him with a love for holy things.

In 1234, he married Margaret, the virtuous daughter of Raymond Berenger, Count of Provence, and two years later he took the reigns of government into his own hands. In 1238, he headed a crusade, in which he fell a prisoner among the Mohammedans, but a truce was concluded and he was set free and he returned to France. A king leads in piety, mortification, and faith, and dies crusading for the King of all.

Jesus said, “If any want to become my followers, let them deny themselves and take up their cross and follow me” (Mt 16:24). Today’s saint fulfilled Christ’s commandment in two ways. First and most obviously, King Louis IX of France, or Saint Louis, took up his cross by practicing serious physical mortifications his entire life. He wore a hair shirt, fasted, never took God’s name in vain, and would not tell jokes or even laugh on Fridays. 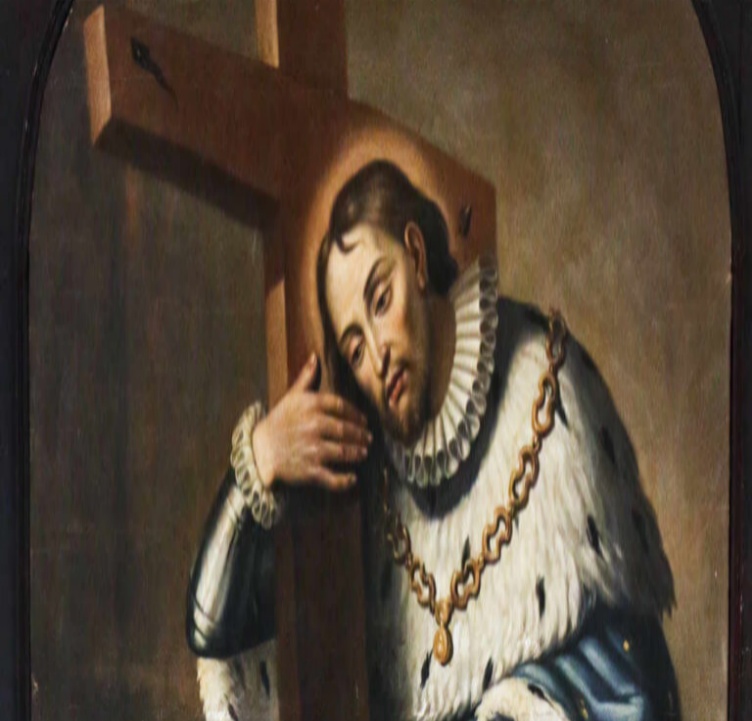 Secondly, he had a cloth cross woven onto his tunic and thus became a knight crusader. Louis and countless other medieval knights understood the commandment to “take up their cross” to be fulfilled not merely through physical mortification but by wading into battle with the sign of Christ on their chests. That visible cloth cross boldly proclaimed a man’s commitment to liberating the Holy Land from Muslim control through hard battle.

When Louis was a child his mother told him, “I would rather see you dead at my feet than that you should ever commit a mortal sin.” He never forgot her words. After his father’s early death, Louis was crowned, or anointed, king in the quasi-liturgical ceremony whose main elements can still be seen at modern coronations. He married at twenty, and he and his wife had eleven children.

He was totally devoted to Christ and the Church. He prayed the breviary every day, attended daily Mass, and constructed stunning churches, including Paris’ Saint Chapelle to house his collection of relics, including the true Cross of Christ. He was so disturbed by the sin of blasphemy that he promulgated a law that all blasphemers be branded on the lips.

He waged war against the Cathars of Southern France and, together with the Dominicans and the Inquisition, vanquished their heretical movement. Louis possessed an elusive charisma that made people not only want to be in his presence but also to touch his person. He was well educated, friendly, curious, and truly humble. 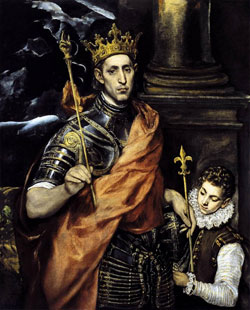 Every man was his friend. He invited the quiet Saint Thomas Aquinas, who was studying in Paris at the time, over to dinner for the joy of theological conversation. He promulgated laws respecting the presumption of innocence and due process for everyone. He was, in short, a model Christian king who reigned over a golden century in which France was the largest, most unified, and wealthiest kingdom in Europe.

Despite his fame and the creature comforts of home, Louis made the courageous, if reckless, decision to personally lead two crusades. The first was initially successful but ended disastrously with Louis’s capture and his army being crushed in battle. Only a king’s ransom secured his release. The second crusade he embarked on was even more disastrous.

King Louis died of typhus, along with many men in his camp, on the shores of modern Tunisia, having just begun their journey. One of his last acts was to kneel by his bed to receive Holy Communion. He had wanted to die a martyr, or a confessor, for the faith. His desire was not technically fulfilled. But he did give his life sacrificially in the noble, centuries-long, quixotic quest to reconquer Jerusalem and the Holy Land for Christian pilgrimage. He was canonized in 1297.

Saint Louis of France, you were intrepid in your love for Christ and the Church. Impart from heaven to all modern Catholics some of your same daring spirit—to be courageous in living and spreading the faith, to give and not count the cost. Amen.                                      (Source : mycatholiclife) 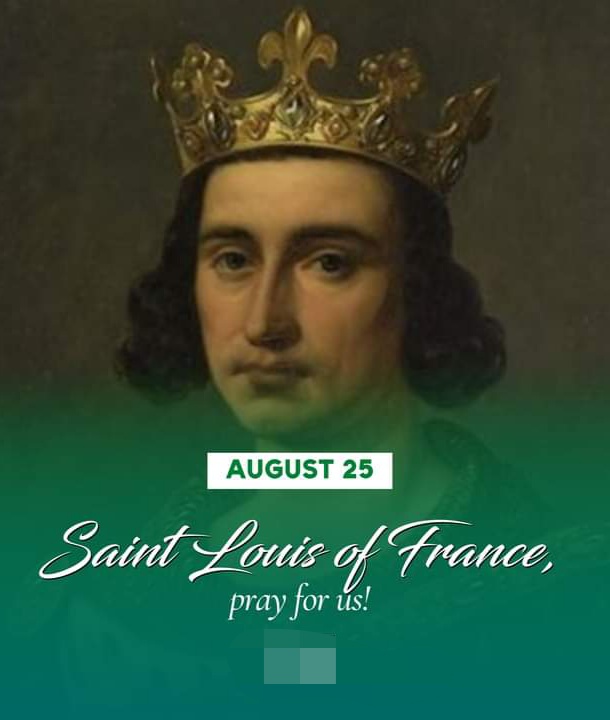 Saint Louis, King of France, pray for us.