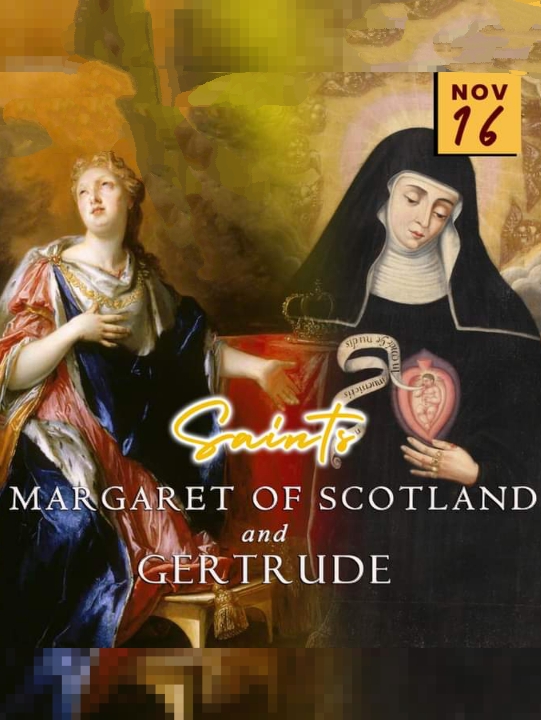 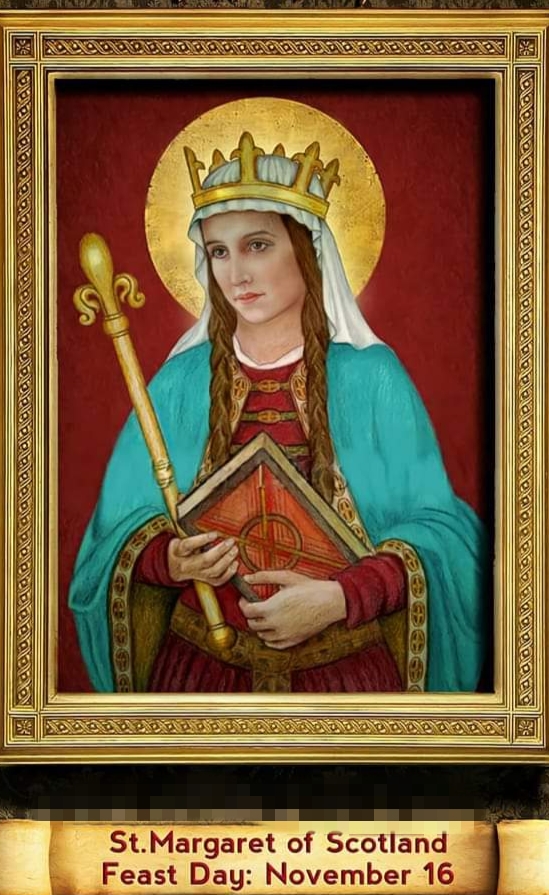 St. Margaret of Scotland was born in 1045 in Hungary and belonged to a royal family. She spent her early years in Hungary, due to her father’s exile but returned to her native land in England in 1057 when her great-uncle, St. Edward the Confessor, who had succeeded her grandfather, was near death, and her father would become the successor.

However, misfortune stood with them as her father died almost immediately, and through many battles her family lost the throne and fled to Scotland. She was married to Malcom III, King of Scots, and together they had eight children, three of whom would succeed their father on the Scottish throne. St. Margaret tried in many ways to help others and uplift them spiritually, mentally and socially.

She spent her life devoted to prayer and service and also filled her children with virtues, setting a wonderful example for them, through her own strong character. St. Margaret spent a lot of time in prayer and illustrated the importance of silence and solitude when she would often retreat to the cloister of a cave for quiet reflection. She had deep respect for all the Sacraments, was a voracious reader and loved books on spirituality.

She was always surrounded by beggars in public and never refused them. It is recorded that she never sat down to eat without first feeding nine orphans and 24 adults. She would wash their feet and feed them with Christlike love. Margaret was a great supporter of Benedictine life and knew the importance of monasteries and their contributions to society. 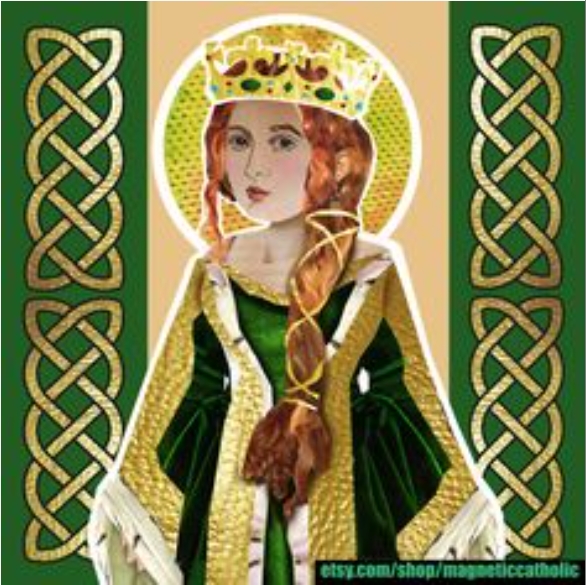 She invited the Benedictines to establish a new monastery and brought many reforms. She died due to weakness of fasting, at Edinburgh Castle in Scotland in 1093, merely days after receiving the news of her husband’s death in battle. She was just 48 – 49 years old at her death. She was canonized in 1250, becoming a patron saint for the poor and needy.

O God, who made Saint Margaret of Scotland wonderful in her outstanding charity towards the poor, grant that through her intercession and example we may reflect among all humanity the image of your divine goodness. Through our Lord Jesus Christ, your Son, who lives and reigns with you in the unity of the Holy Spirit, one God, for ever and ever. Amen 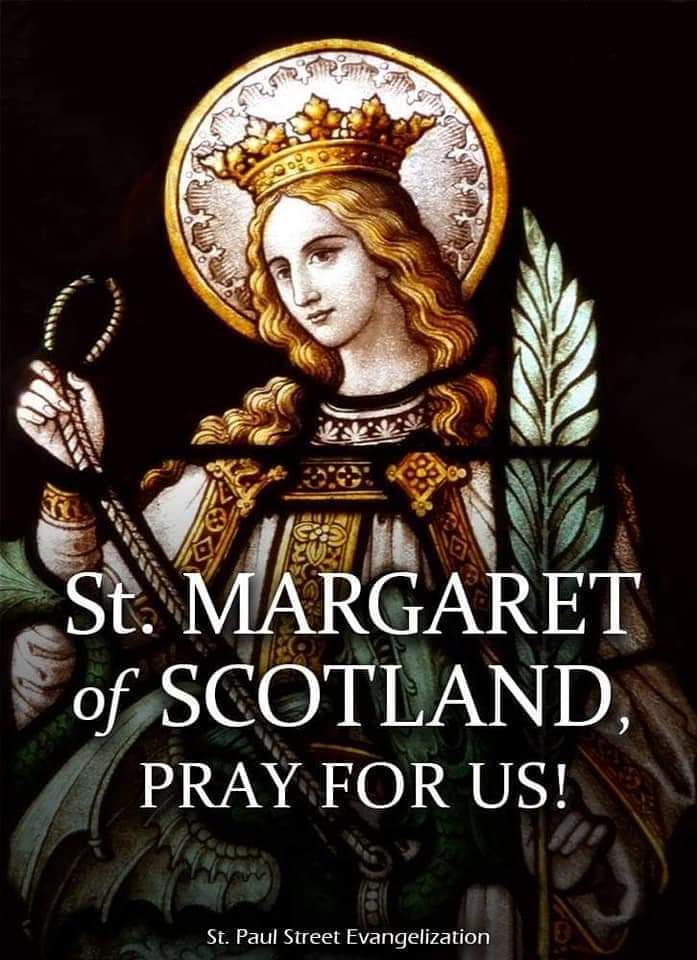 Saint Margaret of Scotland, pray for us. 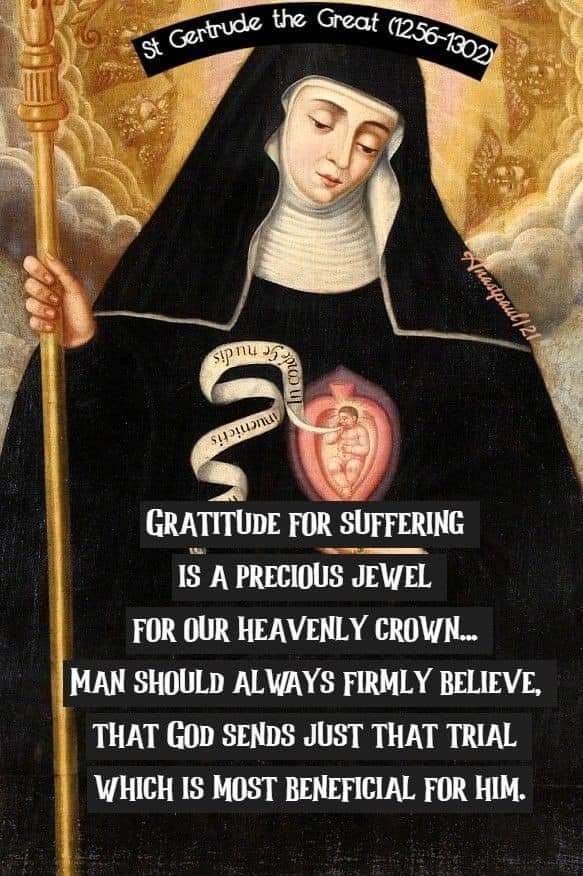 St. Gertrude the Great, a Cistercian nun, is one of the most lovable German saints from medieval times, and through her writings she will remain for all ages a guide to the interior life. Her deep relationship with the Lord in prayer led to her being hailed as a mystic. She was also regarded as a great theologian.

In spite of much ill-health, Gertrude used her exceptional natural talents well, knew Latin fluently. When she was twenty-five years old (1281), Christ began to appear to her and to disclose to her the secrets of mystical union. Obeying a divine wish, she put into writing the favors of grace bestowed upon her. Her most important work, Legatus Divinae Pietatis, “The Herald of Divine Love,” is distinguished for theological profundity, sublime poetry, and unusual clarity. How it stimulates love of God can be felt only by reading it; Abbot Blosius is said to have read it twelve times each year.

Gertrude once had a vision on the feast of John the Evangelist, described in Gertrude’s writings. As she rested her head near Jesus’ wound on his side, she could hear the beating of his heart. She asked St. John if he, too, felt the beating of Jesus’ Divine Heart on the night of the Last Supper. He told her he was saving this revelation for a time when the world needed it to rekindle its love.

Along with St. Mechtilde, she practiced what is known as “nuptial mysticism,” seeing herself as the bride of Christ. She embraced charity for both rich and poor, she was a simple woman with a deep solidarity with those not yet ready for the beatific vision, who are still being purified in the state of repose known as purgatory. St. Gertrude died in 1302, more consumed by the fire of God’s love than by fever. 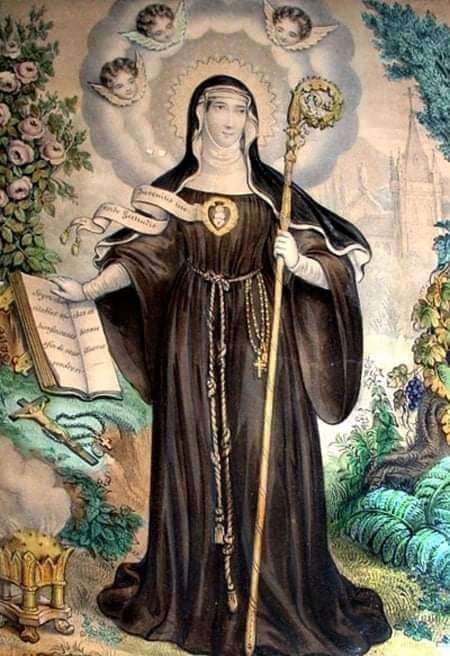 “Eternal Father, I offer Thee the Most Precious Blood of Thy Divine Son, Jesus, in union with the Masses said throughout the world today, for all the Holy Souls in Purgatory, for sinners everywhere, for sinners in the universal church, those in my own home and within my family. Amen.”

Saint Gertrude is the patron saint of nuns, travellers and the West Indies.

O God, who prepared a delightful dwelling for yourself in the heart of the Virgin Saint Gertrude, graciously bring light, through her intercession, to the darkness of our hearts, that we may joyfully experience you present and at work within us. Through our Lord Jesus Christ, your Son, who lives and reigns with you in the unity of the Holy Spirit, one God, for ever and ever. Amen 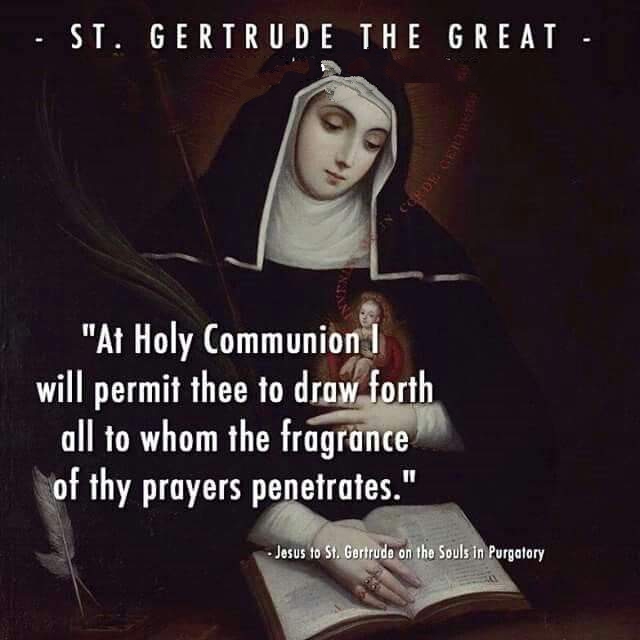 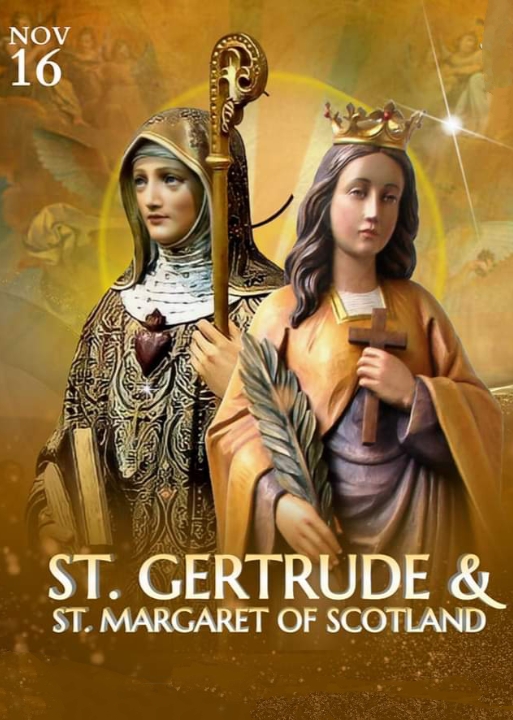