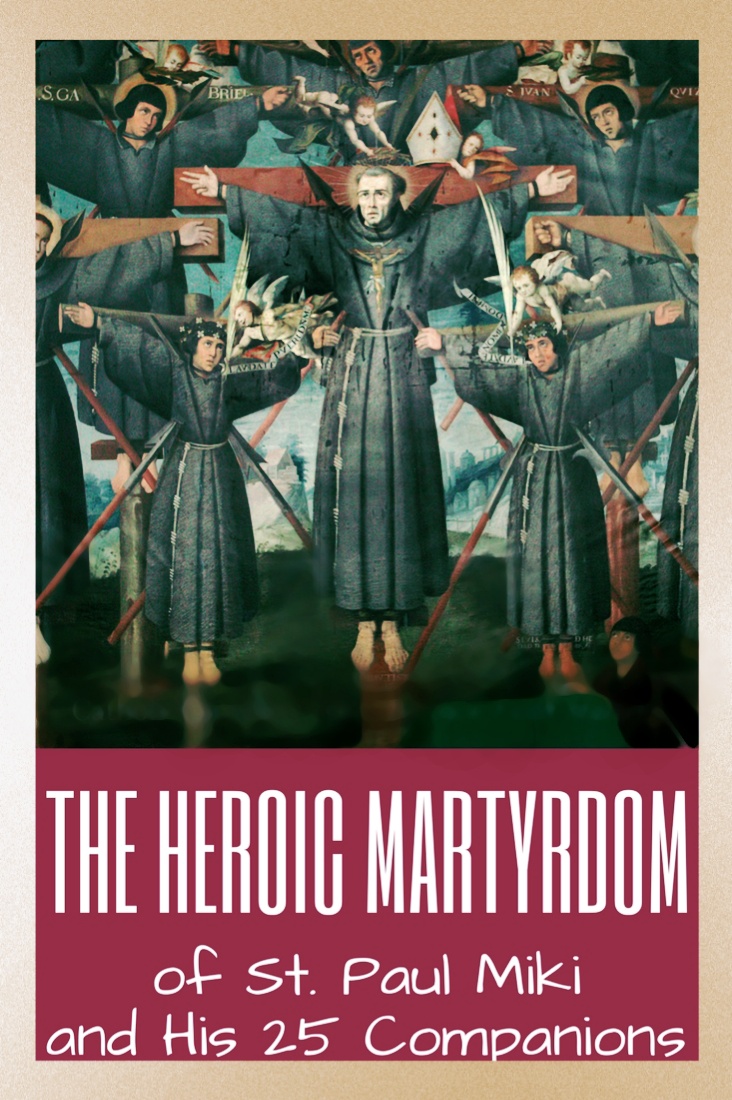 Paul Miki, 1562 – 5 February 1597, was a Roman Catholic Japanese Jesuit seminarian, martyr and saint, one of the Twenty-six Martyrs of Japan. Crucified alongside him were Joan Soan and Santiago Kisai, also of the Society of Jesus; along with twenty-three other clergy and laity, all of whom were canonized by Pope Pius IX in 1862.

Paul Miki was born into a wealthy Japanese family. He was educated by the Jesuits in Azuchi and Takatsuki. He joined the Society of Jesus and became a well known and successful preacher – gaining numerous converts to Catholicism. The ruler of Japan, Toyotomi Hideyoshi, began persecuting Catholics for fear of the Jesuits’ influence and intentions, and possibly that of European visitors.

Miki was arrested and jailed with his fellow Catholics, who were later forced to march 966 kilometers (600 miles) from Kyoto to Nagasaki; all the while singing the Te Deum. On arriving in Nagasaki – which today has the largest Catholic population in Japan – Miki had his chest pierced with a lance while tied to a cross on 5 February 1597. He preached his last sermon from the cross, and it is maintained that he forgave his executioners.

While there were many more martyrs, the first 26 missionary and convert martyrs came to be especially revered, the most celebrated of whom was Paul Miki. The Martyrs of Japan were canonized by the Catholic Church on June 8, 1862, by Pope Pius IX, and are listed on the calendar as Sts. Paul Miki and his Companions, commemorated on February 6, since February 5, the date of their death, is the feast of St. Agatha. They were included in the General Roman Calendar for the first time in 1969.

On February 5, 1597, Paul and his companions were bound to crosses on a hill, like Christ, and pierced with lances. An eyewitness described the scene:
Our brother, Paul Miki, saw himself standing in the noblest pulpit he had ever filled. To his “congregation” he began by proclaiming himself a Japanese and a Jesuit… “My religion teaches me to pardon my enemies and all who have offended me. I do gladly pardon the Emperor and all who have sought my death. I beg them to seek baptism and be Christians themselves.”

Then he looked at his comrades and began to encourage them in their final struggle. According to Japanese custom, the four executioners began to unsheath their spears. The executioners killed them one by one. One thrust of the spear, then a second blow. It was over in a short time. The executions did nothing to stop the Church. Persecution only fanned the flames of faith. By 1614 about 300,000 Japanese were Catholics. So more intense persecutions followed.

Japanese leaders eventually chose to seal off their ports and borders from virtually all foreign penetration, a policy that would last until the nineteenth century. Only in 1854 was Japan forcibly opened to foreign trade and Western visitors. Then, thousands of Japanese Catholics suddenly came out of hiding, mostly near Nagasaki. They bore the names of the Japanese martyrs, spoke some Latin and Portuguese, asked their new guests for statues of Jesus and Mary, and sought to verify if a French priest was legitimate with two questions: 1) Are you celibate?; and 2) Do you come from the Pope in Rome?

These hidden Christians also opened their palms to show the priest something else—relics of the martyrs who their remote ancestors had known and honored centuries before. Their memory had never died. Saints Paul Miki, Soan John de Goto and James Kisai were the first of a long line of Jesuits who gave their lives in a literal imitation of their crucified Lord. Miki was also the first Japanese religious to be martyred. Paul Miki is venerated as the Patron Saint of Japan.

Saint Paul Miki, along with your companions, you accepted martyrdom rather than abandon your faith. You chose to serve those closest to you rather than to flee. Inspire in us the same love of God and man so that we too can know, love, and serve God in the heroic fashion that made you so brave and composed in the face of intense suffering.

Show us how to increase and deepen our faith with zealous fervor, in perfect imitation of Christ our Lord. Amen 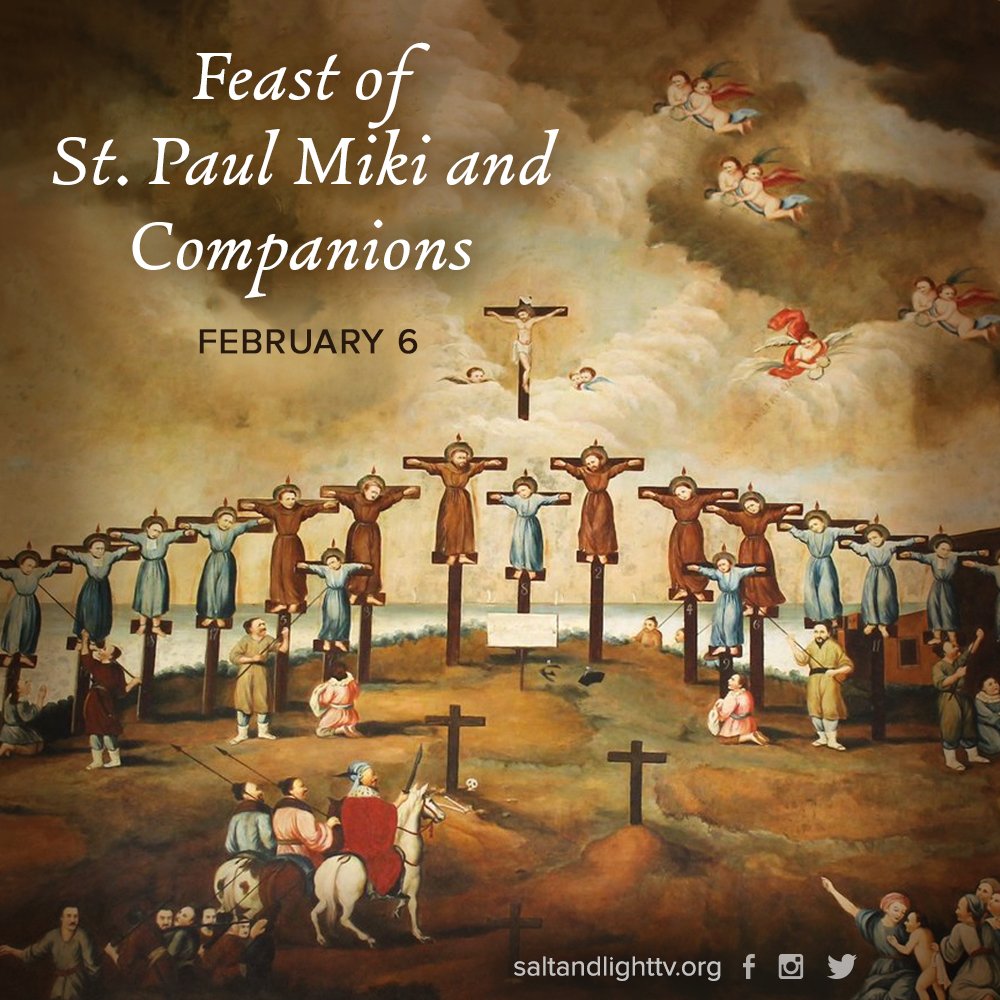