FEAST OF SAINT PETER OF TARANTAISE – 8th MAY 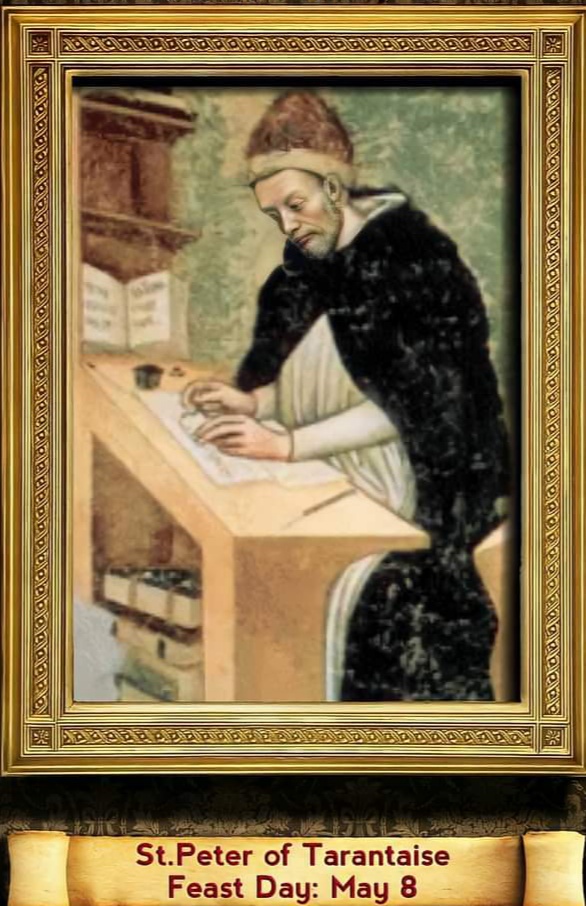 FEAST OF SAINT PETER OF TARANTAISE
FEAST DAY – 8th MAY

Peter was born near Vienne, France in 1102 and died at Bellevaux, France in 1175. He was canonized in 1191. At the age of 20 he entered the Cistercian Order, and convinced his family to enter along with him. His two brothers and his father entered the religious community of Bonneveaux with him, and his sister also followed thier example and became a religious.

Ten years after he entered, Peter was sent to found a new house in the Tarantaise mountains near Geneva, Switzerland. Here he opened a hospital which also served as a guest house for those travelling through the mountains.

He was appointed as Archbishop of Tarantaise in 1142 and wanted to decline the post and remain where he was happiest, as a Cistercian monk. He reluctantly accepted, however, because of the urging of St. Bernard and the other monks in his order, seeing their insistence as the will of God.

On his accession to the episcopacy, he reformed the diocese and set about providing education and distributing food to the poor, a tradition called the “May Bread”, which lasted until the French Revolution in 1789. He performed many miraculous healings during that time.

It seems he was never able to banish his longing for the monastic life he left behind, and after 13 years as archbishop, he fled to a Cistercian abbey in Switzerland disguised as a lay brother and lived there for a year until he was discovered and forced by his superiors in the order to return to Tarantaise.

During the fractious rife between the anti-pope Victor and the true Pope, Alexander III, St. Peter was one of the only major voices in the Church openly supporting the claim of Pope Alexander, even against the emperor Frederick Barbarossa.

Recognizing his courage, loyalty, and holiness, Pope Alexander III thought him to be the ideal peacemaker between King Louis VII of France and Henry II of England. He died of an illness shortly after meeting and unsuccessfully trying to reconcile the two kings.

Saint Peter of Tarantaise, religious and state authorities turned to you, a man of great peace, in moments of conflict so that you could effect reconciliation with your words and presence. You preached outspokenly and fearlessly in disputes, and your words were backed by miracles of healings.

St. Peter of Tarantaise, you became known as a man of great peace. Pray for us and the world at large, to obtain peace and establish it in the world. Amen 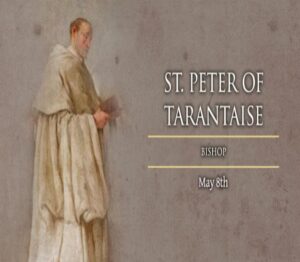