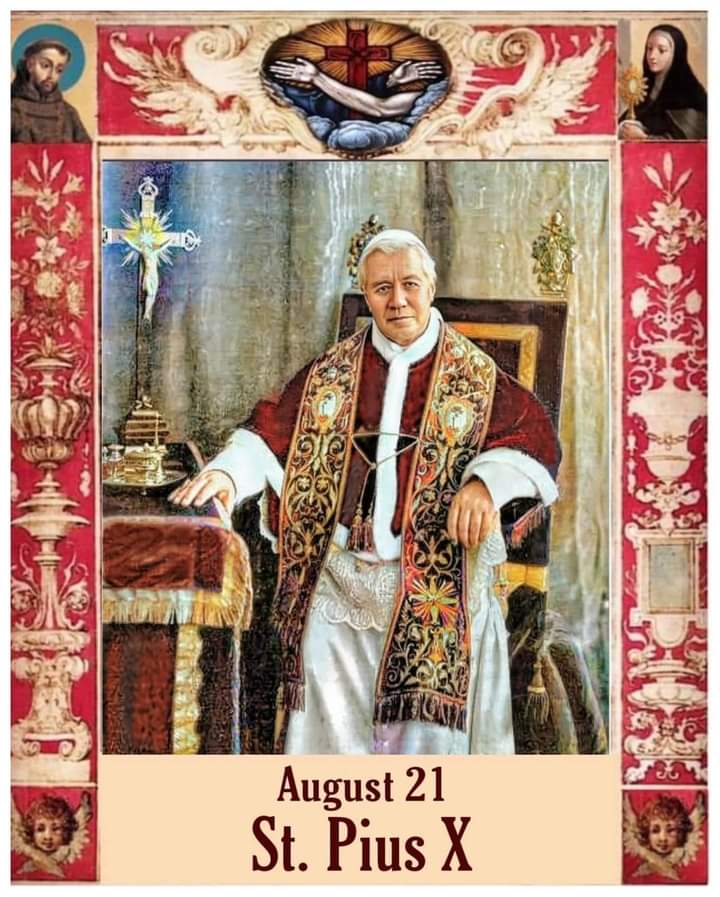 The future Pope-Saint of the twentieth century was born at Riese in Venetia on June 2, 1835, his name, Joseph Sarto. After ordination at the age of twenty-three (by special dispensation), he labored for 17 years as a parish priest, then as bishop of Mantua, and in 1892 was advanced to the metropolitan see of Venice with the honorary title of patriarch. On August 4, 1903, he was elected Pope, “a man of God who knew the unhappiness of the world and the hardships of life, and in the greatness of his heart wanted to comfort everybody.”

The primary aim of his pontificate Pius X announced in his first encyclical letter, viz., “to renew all things in Christ.” Here we need but allude to his decree on early and frequent reception of holy Communion; his Motu Proprio on church music; his encouragement of daily Bible reading and the establishment of various Biblical institutes; his reorganization of the Roman ecclesiastical offices; his work on the codification of Canon Law; his incisive stand against Modernism, that “synthesis of all heresies.” All these were means toward the realization of his main objective of renewing all things in Christ.

The outbreak of the first World War, practically on the date of the eleventh anniversary of his election to the See of Peter, was the blow that occasioned his death. Bronchitis developed within a few days, and on August 20, 1914, Pius X succumbed to “the last affliction that the Lord will visit on me.” He had said in his will, “I was born poor, I have lived poor, I wish to die poor” — and no one questioned the truth of his words. His sanctity and his power to work miracles had already been recognized. Pius X was the first Pope canonized since St. Pius V in 1672.

“He was one of those chosen few men whose personality is irresistible. Everyone was moved by his simplicity and his angelic kindness. Yet it was something more that carried him into all hearts: and that ‘something’ is best defined by saying that all who were ever admitted to his presence had a deep conviction of being face to face with a saint” (Baron von Pastor).

– From ‘The Church’s Year of Grace’, Pius Parsch

O God, who to safeguard the Catholic faith and to restore all things in Christ, filled Pope Saint Pius the Tenth with heavenly wisdom and apostolic fortitude, graciously grant that, following his teaching and example, we may gain an eternal prize. Through our Lord Jesus Christ, your Son, who lives and reigns with you in the unity of the Holy Spirit, one God, for ever and ever. Amen. 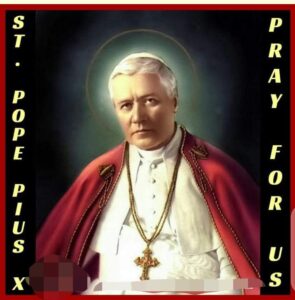