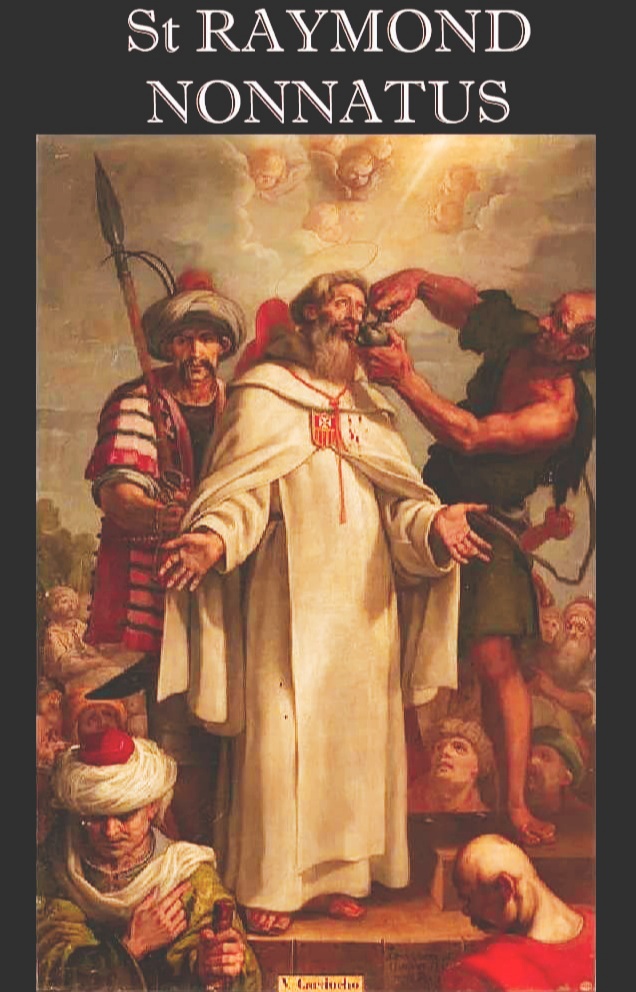 Peter Nolasco, a native of Languedoc, founded in the early thirteenth century a society known as the Mercedarians, devoted to ransoming Christians captured by the Moors.

Amongst those he received into the society was a Catalonian named Raymond. This Raymond’s mother had died giving birth to her son, and he was delivered by a caesarian section — hence his nickname Nonnatus, which is Latin for ‘not born’.

So determined was Saint Raymond Nonnatus that when Peter Nolasco retired as chief ransomer, the saint succeeded him in this office. He set off for Algiers with a great sum of money, and there ransomed many.

When his money ran out, Saint Raymond Nonnatus could have made his own escape. But this would have involved leaving several slaves behind. He gave himself up in exchange for their liberty.

His own life was now in great danger. The Moors of Algiers were enraged that he had managed to convert some of their number. The governor would have put him to death by impaling the saint on a stake. What saved him were others who realized that a rich ransom would be paid for this particular Christian.

Even so, he was still whipped publicly in the streets — partly to discourage those who might be tempted to learn from him the Christian faith. Reports of his tortures probably exaggerated the cruelty of his Moorish captors but after eight months of torture, Peter Nolasco arrived with Raymond Nonnatus’s ransom. Even then he wanted to stay behind, hoping to convert still more men and women to Christianity; but Peter Nolasco forbade it.

On his return, Pope Gregory IX made him a cardinal. The pope wished to see Raymond Nonnatus in Rome, but on his way there in the year 1240 he reached only Cardona near Barcelona, where he died at the age of thirty-six. He is Patron of childbirth; children; expectant mothers; falsely accused people; fever; infants; midwives; newborn babies; obstetricians; pregnant women.

– From A Calendar of Saints by James Bentley

Eternal God, you blessed Saint Raymond, your confessor, with a wonderful way in delivering your faithful who were held in captivity by infidels.

Grant us by his intercession that, loosed from the bonds of sins, we may with equanimity perform those things which are pleasing to you. Through Jesus Christ, our Lord. Amen 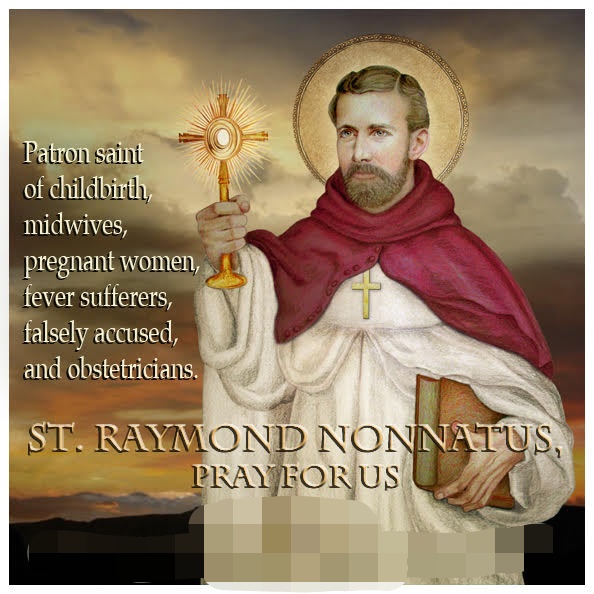