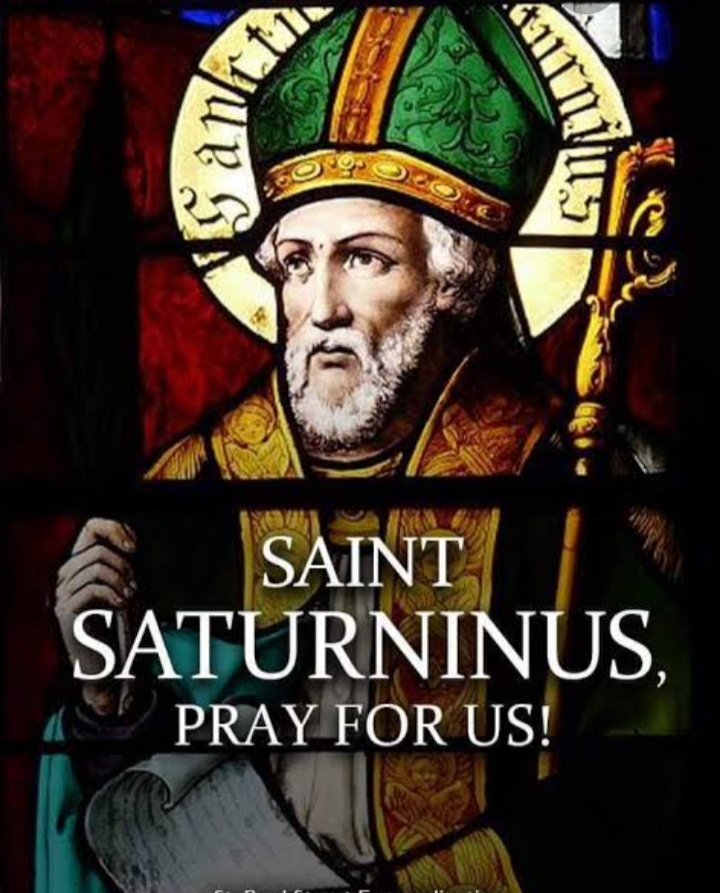 Saint Saturnin of Toulouse (Latin: Saturninus), was one of the “Apostles to the Gauls” sent out under the direction of Pope Fabian, 236–250 during the consulate of Decius and Gratus (250–251) to Christianise Gaul after the persecutions under Emperor Decius had almost ended the small Christian communities. St Fabian sent out seven bishops from Rome to Gaul to preach the Gospel: Saint Gatien to Tours, Saint Trophimus to Arles, Saint Paul to Narbonne, Saint Saturnin to Toulouse, Saint Denis to Paris, Austromoine to Clermont, and Saint Martial to Limoges.

St Saturnin, the first Bishop of Tolosa (Toulouse), was the son of Aegeus, King of Achaea, by his wife Cassandra, who, herself, was the daughter of Ptolemy, King of the Ninevites. The Acts placed Saturninus in the 1st century, as one of the 72 disciples of Christ. Legend states that after Saint Peter consecrated him a bishop, he had for his companion Papulus, who later became Saint Papulus the Martyr. He also had Saint Honestus as a disciple.

To reach the Christian church Saturninus had to pass before the Roman Capitol of the city, which was towards the present Place Esquirol, where there was an altar. According to the Acts, the pagan priests attributed the silence of their oracles to the frequent presence of Saturninus. One day, they caught him and forced him to sacrifice to the images. Upon his adamant refusal, they sentenced him to be tied by the feet to a bull, which then dragged him about the town until the rope broke. An identical fate was given to his pupil Saint Fermin whose site of martyrdom is at Pamplona.

The bull finished at the place since named Matabiau, that is, matar (“the killing”) and biau (“bull”). An inversion of this martyrdom, the tauroctony, the “killing of the bull,” is the central rite of Mithraism, the most important icon in the mithraeum, a depiction of Mithras in the act of killing a bull. Two Christian women piously gathered up the remains and buried them in a ditch, that they might not be profaned by the pagans.

Saturninus’ successors at Toulouse, Bishop Hilary and Exuperius gave him a more honorable burial, once Christian rites were no longer illegal, by erecting a simple wooden oratory over the Roman crypt, where he had been interred. The 14th-century Gothic church that eventually replaced earlier buildings is Notre-Dame du Taur (“Our Lady of the Bull”). At the end of the century, Bishop Silvius (360–400) built a larger church, finished by his successor Exuperius in 402. The saint’s body was transferred to the new church, where the saint’s relics remained until 1284.

O God, Who grants us to be gladdened by the Heavenly birthday of blessed Satruninus, Thy martyr, vouchsafe that we may be helped by his merits. Through our Lord Jesus Christ, Thy Son, Who lives and reigns with Thee in the unity of the Holy Spirit, one God, world without end. Amen 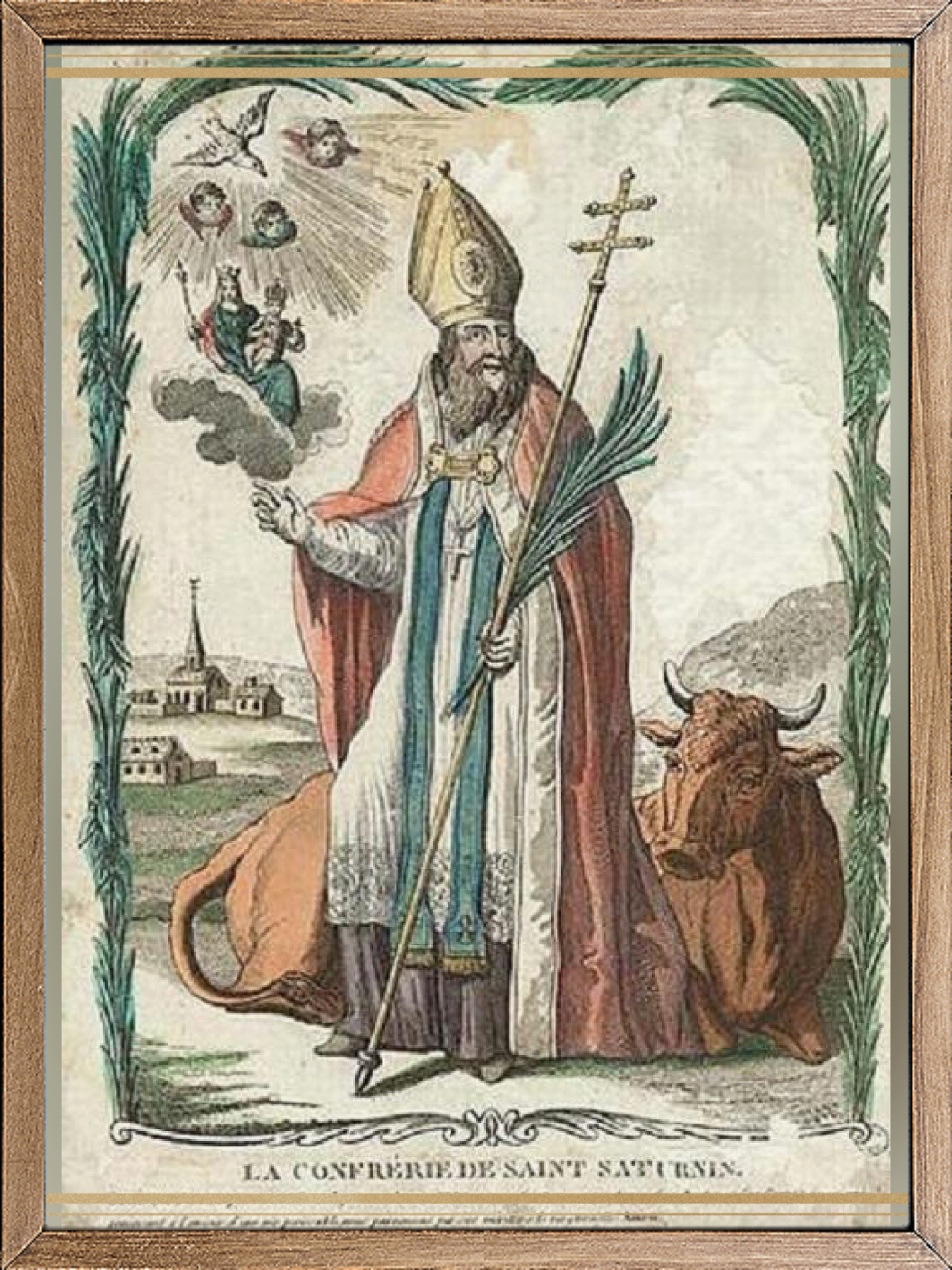 St. Saturninus, who showed great dedication to God, even under the threat of death—pray for us!