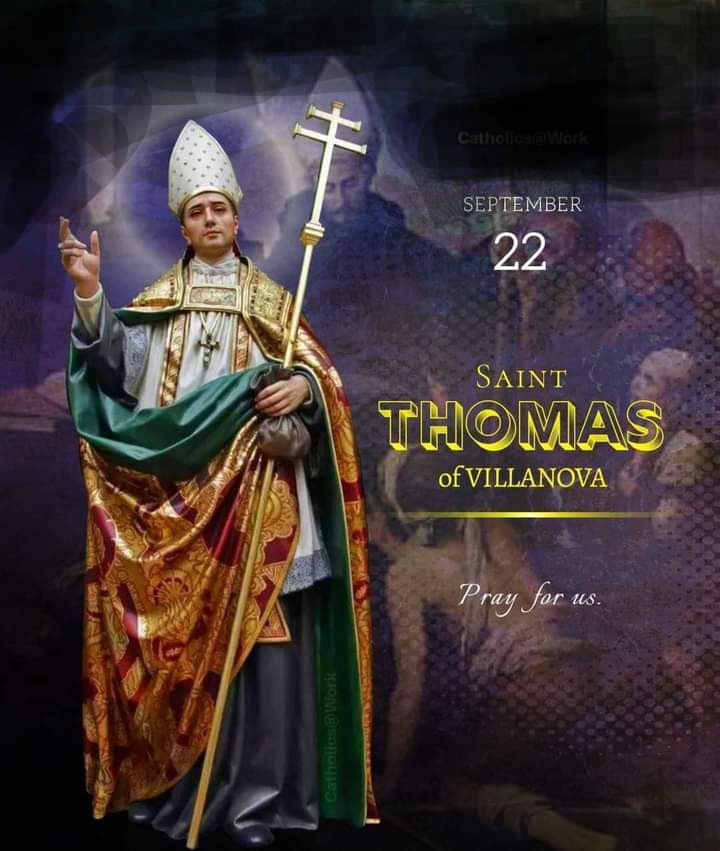 Thomas of Villanova (1488 – September 8, 1555), born Tomás García y Martínez, was a Spanish friar of the Order of Saint Augustine who was a noted preacher, ascetic and religious writer of his day. He became an archbishop who was famous for the extent of his care for the poor of his see. His father was a miller, who regularly distributed food and provisions to the poor, as did his mother. He grew up and was educated in Villanueva de los Infantes, in the Province of Ciudad Real, Spain, therefore the name Thomas of Villanueva.

Part of the original house still stands, with a coat of arms in the corner, beside a family chapel. In spite of his family’s wealth, as a young boy he often went about naked because he had given his clothing to the poor. At the age of sixteen years, Thomas entered the University of Alcalá de Henares to study Arts and Theology. He became a professor there, teaching arts, logic, and philosophy, despite a continuing absentmindedness and poor memory.

In 1516, he decided to join the Augustinian friars in Salamanca and in 1518 was ordained a priest. He became renowned for his eloquent and effective preaching in the churches of Salamanca. Thomas composed beautiful sermons, among which stands out the Sermon on the Love of God, one of the great examples of sacred oratory of the 16th century. Charles V, upon hearing him preach, exclaimed, “This monsignor can move even the stones!”. Charles named Thomas one of his councilors of state and court preacher in Valladolid, the residence of the Emperor when on his visits. 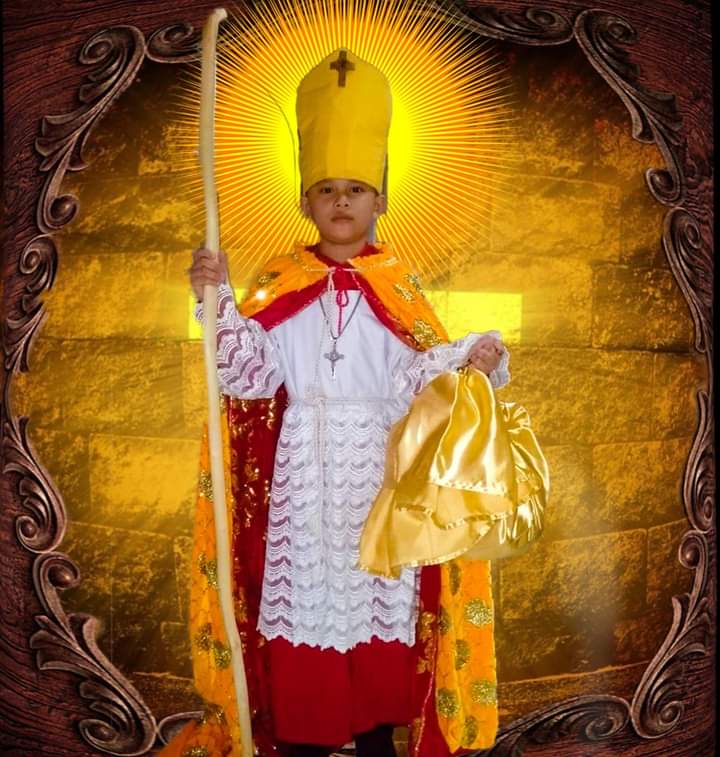 His scathing attacks on his fellow bishops earned him the title of reformer. Some of his sermons attacked the cruelty of bullfighting. He also had a great devotion to the Virgin Mary, whose heart he compared to the burning bush of Moses that is never consumed. Within the Order, he successively held the positions of prior of his local monastery, Visitor General, and Prior Provincial for Andalusia and Castile. In 1533, Thomas sent out the first Augustinian friars to arrive in Mexico. Charles V offered him the post of Archbishop of Granada but he would not accept it.

In 1544 he was nominated as Archbishop of Valencia and he continued to refuse the position until ordered to accept by his superior. Given a donation to decorate his residence, he sent the money to a hospital in need of repair. He began his episcopacy by visiting every parish in the Archdiocese to discover what the needs of the people were. Aided by his assistant bishop, Juan Segriá, he put in order an archdiocese that for a century had not had direct pastoral government.

He organized a special college for Moorish converts, and in particular an effective plan for social assistance, welfare, and charity. In 1547 he ordained as a priest Luis Beltrán, a noted missionary in South America. Thomas started Presentation Seminary in 1550. He was well known for his great personal austerity (he sold the straw mattress on which he slept in order to give money to the poor) and wore the same habit that he had received in the novitiate, mending it himself. Thomas was known as “father of the poor.”

His continual charitable efforts were untiring, especially towards orphans, poor women without a dowry, and the sick. He possessed, however, an intelligent notion of charity, so that while he was very charitable, he sought to obtain definitive and structural solutions to the problem of poverty; for example, giving work to the poor, thereby making his charity bear fruit. “Charity is not just giving, rather removing the need of those who receive charity and liberating them from it when possible,” he wrote. He established boarding schools and high schools. 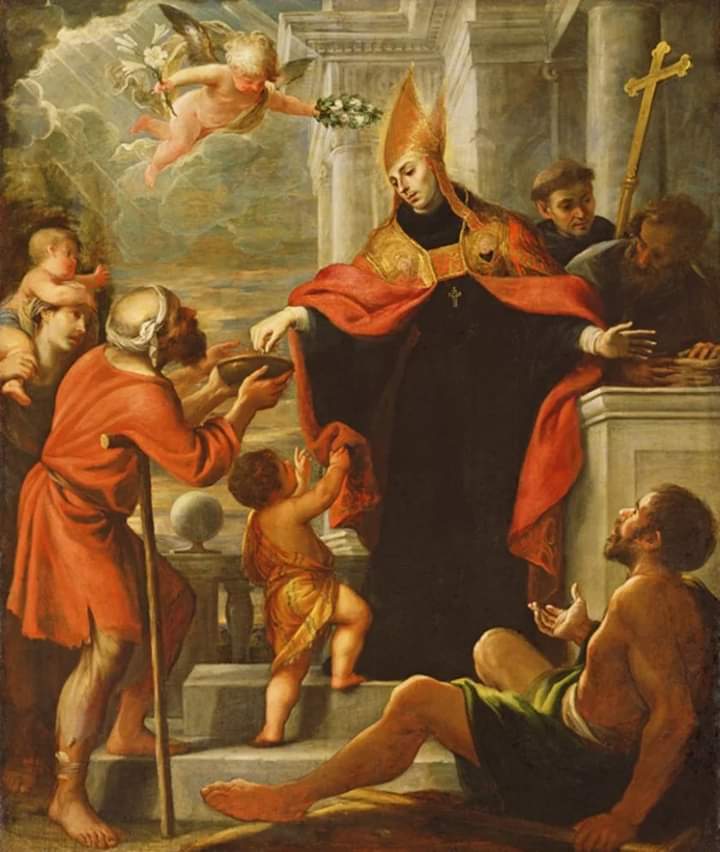 Thomas died in Valencia on September 8, 1555 of angina at the age of 67. His remains are preserved at the Cathedral there. He was canonized by Pope Alexander VII on November 1, 1658. His feast day is celebrated on September 22. Thomas is the author of various Tracts, among which is included the Soliloquy between God and the soul, on the topic of communion. Francisco de Quevedo wrote his biography. His complete writings were published in six volumes as Opera omnia, in Manila in 1881.

Thomas is the namesake and patron saint of Villanova University, near Philadelphia in the United States, which was founded and is administered by the friars of his Order; Universidad Católica de Santo Tomás de Villanueva in Havana, Cuba; St. Thomas University in Miami Gardens, Florida, USA; and Villanova College, a Catholic school for boys located in Brisbane, Australia.

In the Philippines, some churches and towns are dedicated in honor of the saint with grand feast or fiesta celebrations with much food on the table for the guests and visitors. He is the patron saint of the towns of Alimodian and Miag-ao, both in Iloilo. He is the patron saint of Barangay Santolan and Sto. Tomas in Pasig. A congregation of sisters is also named after him.

God our Father, with grateful hearts we offer you praise and thanks, for giving us Saint Thomas of Villanova, who was a great example of faithfulness to you, and a model in humility, simplicity and charity.

Through his intercession, look upon us all with love and mercy, with kindness and compassion and bless us, whom you have taken unto yourself in adoption.

Keep us from all evil and harm, deliver us and guide us to the path that leads to you. We ask this through Christ our Lord. Amen 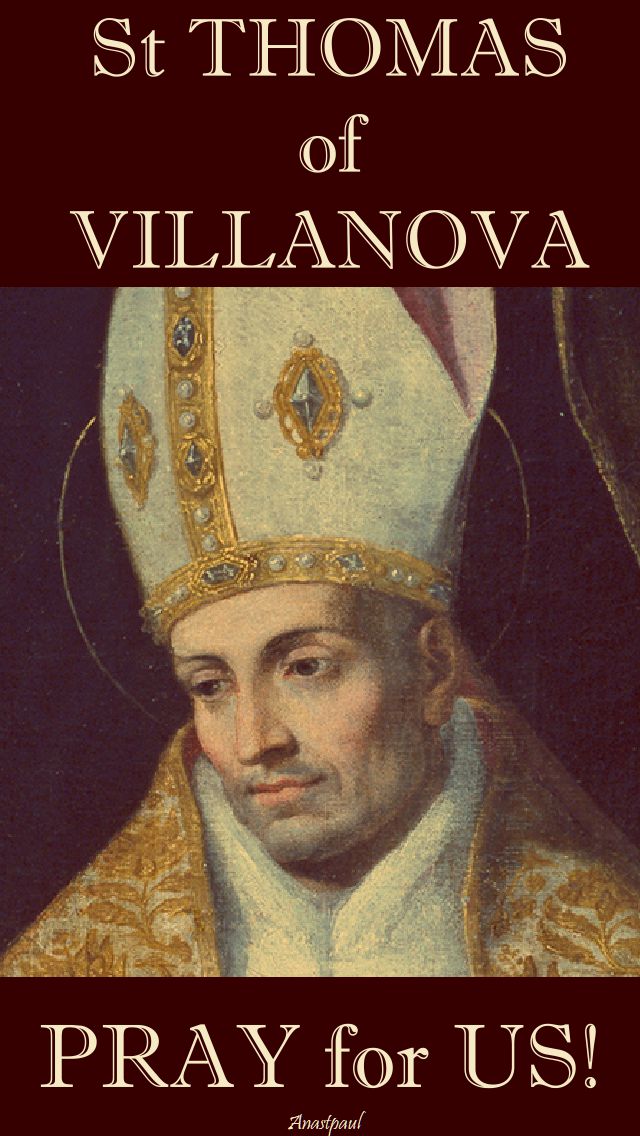 Saint Thomas of Villanova, pray for us.