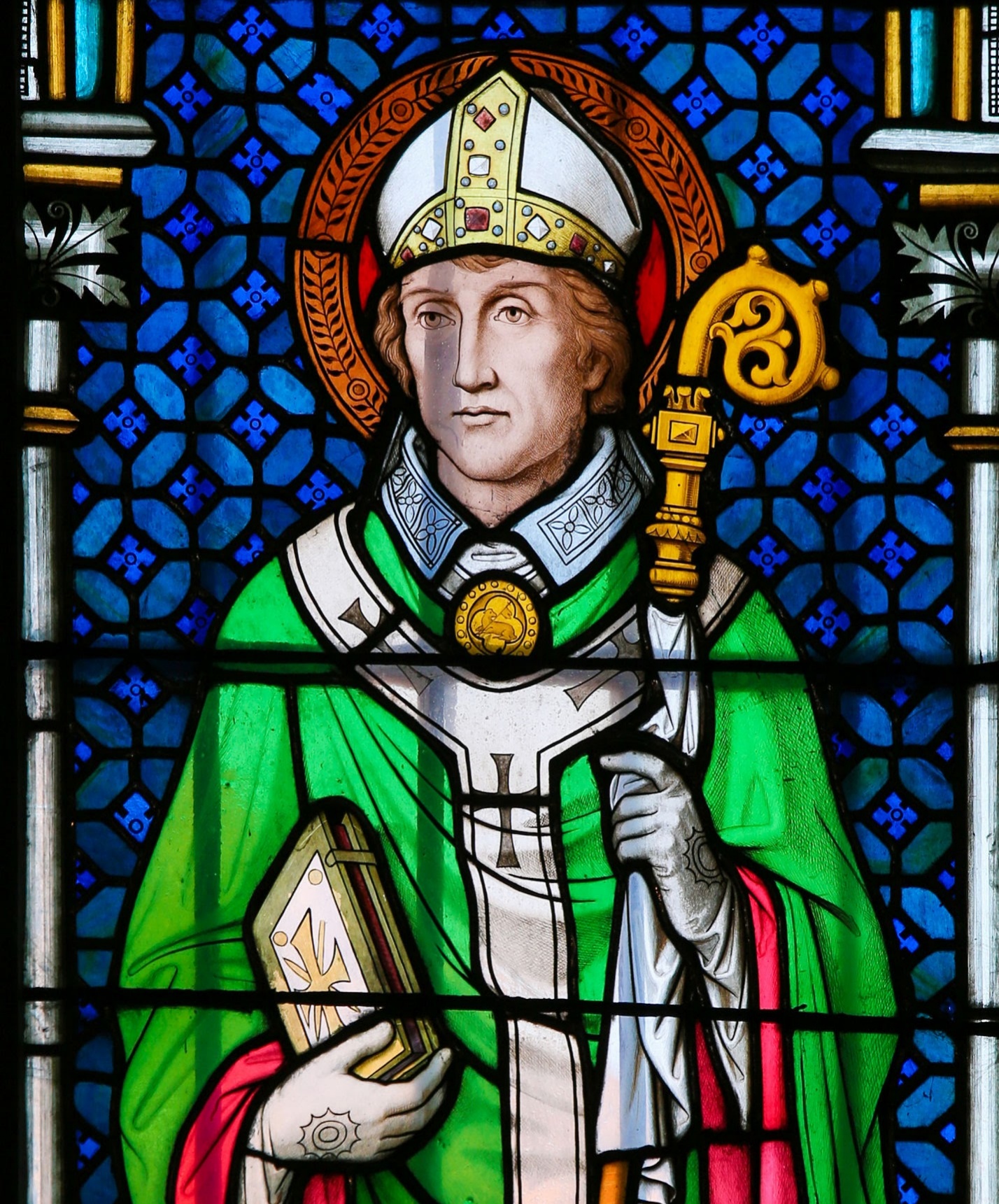 Saint Wolfgang of Regensburg ( 934 – October 31, 994 AD) was bishop of Regensburg in Bavaria from Christmas 972 until his death. He is a saint of the Catholic and Eastern Orthodox churches and is regarded as one of the three great German saints of the 10th century, the other two being Saint Ulrich of Augsburg and Saint Conrad of Constance. Towards the end of his life Wolfgang withdrew as a hermit to a solitary spot, in the Salzkammergut region of Upper Austria.

Wolfgang was born in Swabia, Germany, and educated at a celebrated monastic school located at the abbey of Reichenau, where he came in touch with Henry, a young noble who later became Archbishop of Trier. He remained in close contact with the Archbishop, teaching in his cathedral school and supporting his efforts of reforming the clergy.

After the death of the Archbishop, Wolfgang chose to become a Benedictine monk and moved to an abbey in Einsiedeln, now part of Switzerland. Wolfgang was ordained a Priest by St Ulrich and afterwards, he travelled to Hungary as a missionary to help evangelise the people following a long succession of wars. In 972, St Wolfgang was appointed Bishop of Regensburg and became a greatly respected Pastor, with zeal and goodwill.

Emperor Otto II appointed him Bishop of Regensburg, near Munich. Wolfgang immediately initiated reforms of the clergy and of religious life, preaching with great fervency and vigor, shepherding his flock effectively and always demonstrating concern for the poor. He wore the habit of a monk and lived an austere life. Wolfgang worked to reform the Church and those he encountered, urging them to greater faith, humility, and love for the Lord.

The draw to monastic life never left him, including the desire for a life of solitude. At one point he left his diocese so that he could devote himself to prayer, but his responsibilities as bishop called him back. Contrary to the practices of the day, Wolfgang continued to dress in his monk’s robes and declined the life of riches and privilege typical of bishops at that time. In 994, Wolfgang became ill while on a journey. He died in Puppingen near Linz, Austria. He was canonized in 1052. His feast is celebrated widely in much of central Europe, on 31st October.

He earned the name the Great Almoner, due to his preaching, his teaching abilities, his charity, and his care for lay people in his diocese. He is depicted with an axe in the right hand and the crozier in the left; or as a hermit in the wilderness being discovered by a hunter and he is the Patron Saint of apoplexy, carpenters and wood carvers, paralysis, Regensburg, Germany, stomach disease and strokes.

Lord God, your faithful servant, Saint Wolfgang, displayed with great fervor and effectiveness the way to follow in the footsteps of Jesus our Lord, showing humility, dedication and love for the poor and downtrodden.

Help us to learn from this great life, to be worthy and of service to our brethren, living in obedience to your Holy Will, in the Name of Jesus the Lord. Amen 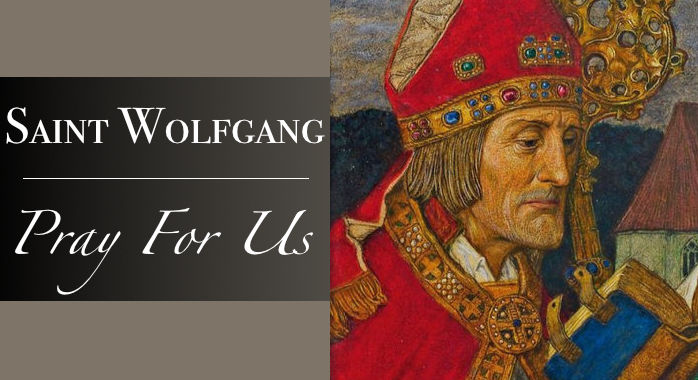 Saint Wolfgang, pray for us!