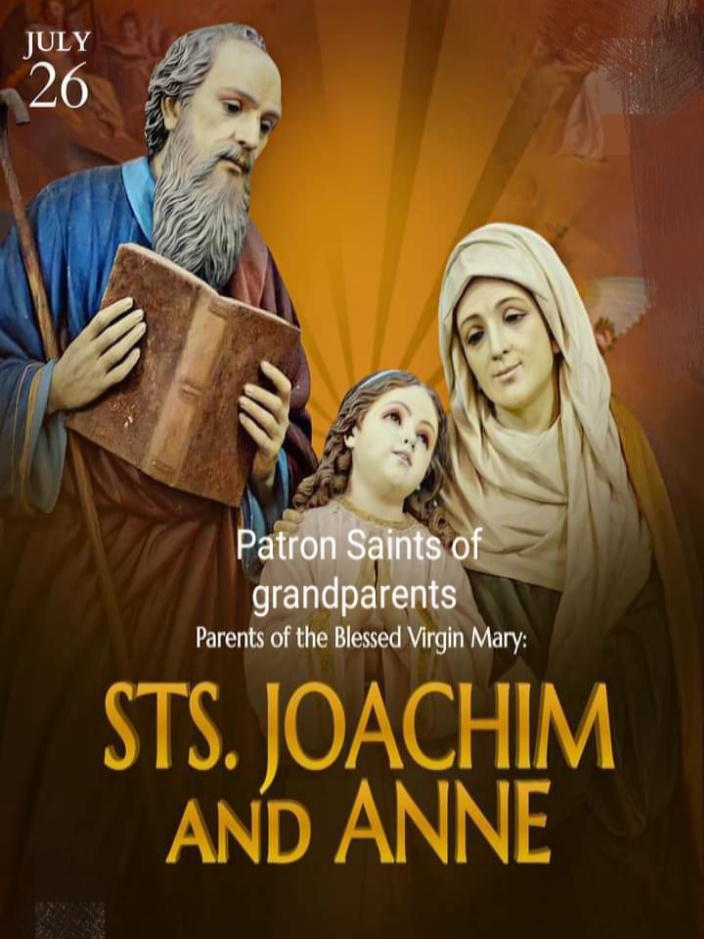 WORLD DAY OF GRANDPARENTS AND THE ELDERLY – 26th JULY

Today, 26th of July, Pope Francis has declared as World Day of Grandparents and the Elderly, as we commemorate the feast day of Jesus’ Grandparents, Saints Joachim and Anne!

Having their name origins of James’ Proto-Evangelium and Evangelium de nativitate Mariae, apocryphals, written in the 2nd and 3rd century respectively, Sts. Joachim and Anne are known to be the parents of the Blessed Virgin Mary!

Moreover, such sources tell us that the two lamented their being childless, and so St. Joachim prayed for his sterility while St. Anne promised God that, if given a child, the child will be dedicated under the service of the Lord, and both received the vision of an angel who announced that they will, indeed, bear a child— similar to that of Hannah and Samuel’s story in the Old Testament. 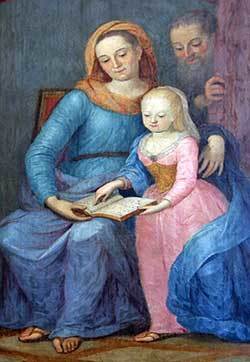 Sts. Joachim and Anne are also considered to be the patron saint of grandparents. Pope Francis established a World Day for Grandparents and the Elderly, on the theme ‘In old age they will still bear fruit (Ps 92:15)’. The World Day was established to be celebrated on the Sunday closest to the Feast Day of Saints Joachim and Anne, the actual date being on 26 July.

The story of Joachim, his wife Anne (or Anna), and the miraculous birth of their child Mary, the mother of Jesus, is told for the first time in the 2nd-century apocryphal infancy-gospel the Gospel of James (also called Protoevangelium of James). Joachim is a rich and pious man, who regularly gave to the poor.

However, at the temple, Joachim’s sacrifice was rejected, as the couple’s childlessness was interpreted as a sign of divine displeasure. Joachim consequently withdrew to the desert, where he fasted and did penance for 40 days. Angels then appeared to both Joachim and Anne to promise them a child. 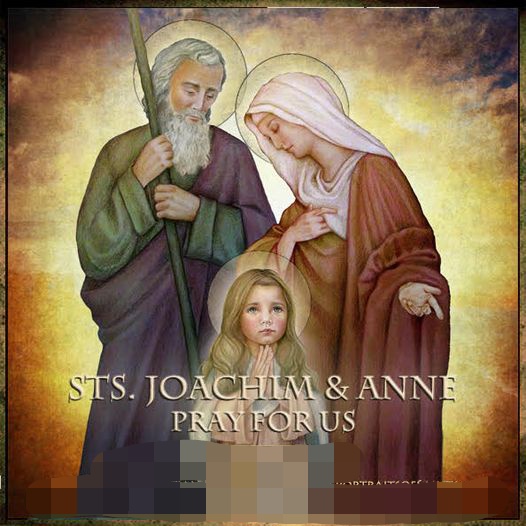 Joachim later returned to Jerusalem and embraced Anne at the city gate, located in the Walls of Jerusalem. An ancient belief held that a child born of an elderly mother who had given up hope of having offspring was destined for great things. Parallels occur in the Old Testament in the case of Hannah, the mother of Samuel, and in the New Testament in the case of the parents of St John the Baptist.

The cycle of legends concerning Joachim and Anne was included in the Golden Legend (around 1260) by Jacobus de Voragine. This cycle remained popular in Christian art until the Council of Trent (1545–1563) restricted the depiction of apocryphal events.

No liturgical celebration of Saint Joachim was included in the Tridentine Calendar. It was added to the General Roman Calendar in 1584, for celebration on 20 March, the day after the feast day of Saint Joseph. In 1738, it was transferred to the Sunday after the Octave of the Assumption of Mary. 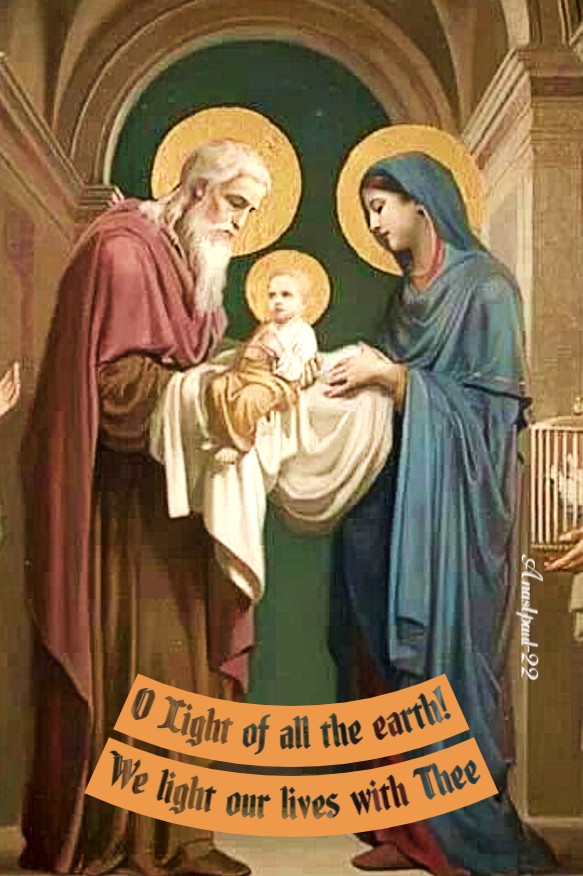 As part of his effort to allow the liturgy of Sundays to be celebrated, Pope Pius X (term 1903–1914) transferred it to 16 August, the day after the Assumption, so Joachim may be remembered in the celebration of Mary’s triumph. It was then celebrated as a Double of the Second Class, a rank that was changed in 1960 to that of Second Class Feast.

In the 1969 revision of the General Roman Calendar, it was joined to that of Anne, for celebration on 26 July. Joachim is remembered (with Anne) in the Church of England with a Lesser Festival on 26 July.

Saints Joachim and Anne were humble Parents of the Virgin Mary. Many parents think their child is perfect. Only two sets of parents were ever right. Saint Mary and Saint Joseph had a child through grace and raised that perfect God-son to adulthood. The parents of Saint Mary conceived their daughter in the normal human fashion but without the stain of original sin. 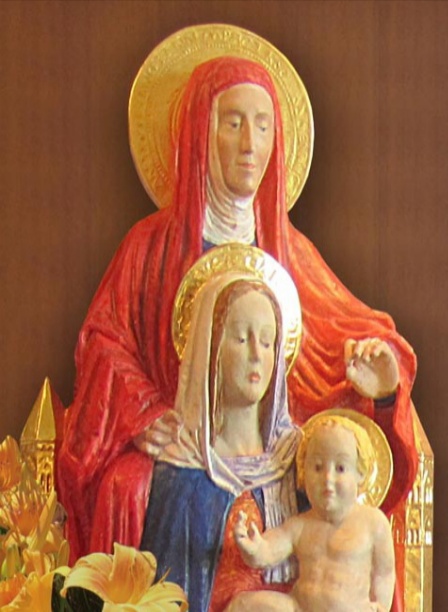 So their daughter was superior to them from the start, yet it had nothing to do with hubris. Today’s feast celebrates those humble parents of Mary known to long tradition as Saints Joachim and Anne, though they are unnamed in Scripture. The Muslim Quran refers to Saint Anne in Arabic as Hannah, says that she conceived in her old age, expecting a male, but was given a daughter and named her Mary.

We honor Saints Anne and Joachim because they reared the perfect child and were grandparents to the Son of God. It is natural for the Church to exalt the earthly origins of Jesus of Nazareth. It communicates something important—that everyone comes from somewhere and someone, even God.

The historical Jesus plants a flag in the ground of a certain place, a certain time, and a certain family. No one is from everywhere. No one is from always. No one is a citizen of the world, really and truly. Everyone has one mom, one dad, and four grandparents. There is a powerful modern tendency to spiritualize Jesus of Nazareth, to assert that what matters most is that He was, not who he was or what he did. 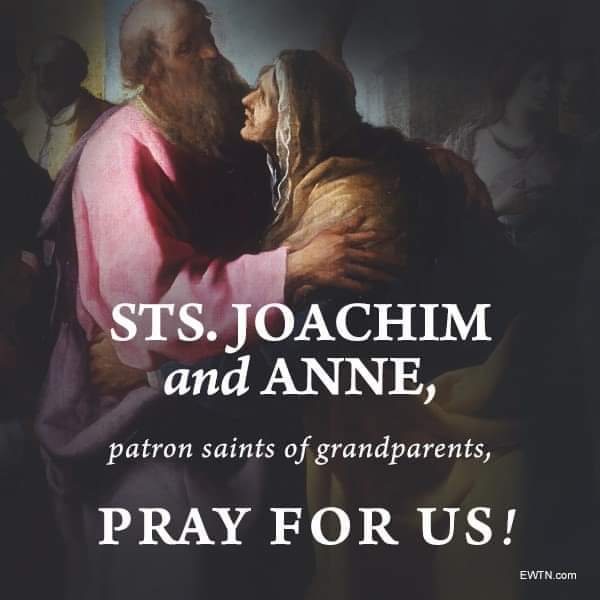 This spiritualizing sees Jesus as the highest human manifestation of an ideal, a concept, or a religious principle, but not necessarily as a real man. This approach implicitly sees material reality as a mask, and the natural environment as a curtain that must be pulled to the side to reveal the truer, hidden realities of the spirit-based world that invisibly governs the earth.

The Church is not a big electric blanket that covers the whole world. She doesn’t exist to make us feel cozy. God comes to us through the very outward, historical forms of a hierarchical institution, through the water, bread, wine, and oil of the sacraments, through words, events, and people.

God can speak to us from the inside, from the spirit, from the quiet of the heart. Yes. But He comes to us primarily, in a manner protected from subjective misinterpretation, in outwardness, in time, and in structures. The Supreme Being not only sustains history, then, He is found at a certain point inside of history. History, for the Christian, doesn’t just recede further and further into the past. It is ever present to us because God is ever present to us. 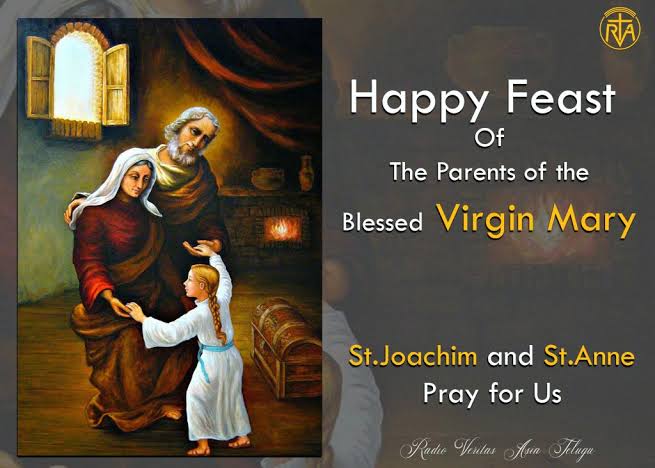 For the salvation of just one single man there would be no need for a Church, for the incarnation, or for the cross. But no one exists by himself and so no one can save himself by himself. There is never just one man. Everyone comes from two others. The body implies descent from others in a way a spirit does not. Jesus Christ gave us His Body and Blood in the Holy Eucharist, not a treatise of lofty ideals.

He did not hand out bibles at the Last Supper, look the Apostles in the eyes, and say “Read this in memory of me.” When He gives us His body He gives us the DNA of Mary and Anne and Joachim. We touch God. We eat God. We digest God. God becomes part of us. His body becomes our body. And that Body, that flesh and that blood, came down through His grandparents, Saints Joachim and Anne.

Lord, on this, the “feast of grandparents”, all grandparents are reminded of their responsibility to establish a tone for generations to come: To make the traditions live and offer them as a promise to little children.

But with this feast, which has a message for the younger generation as well, may they be reminded that, being young, they should be attentive to older people’s greater perspective, depth of experience, and appreciation of life’s profound rhythms, all part of a wisdom not to be taken lightly or ignored. 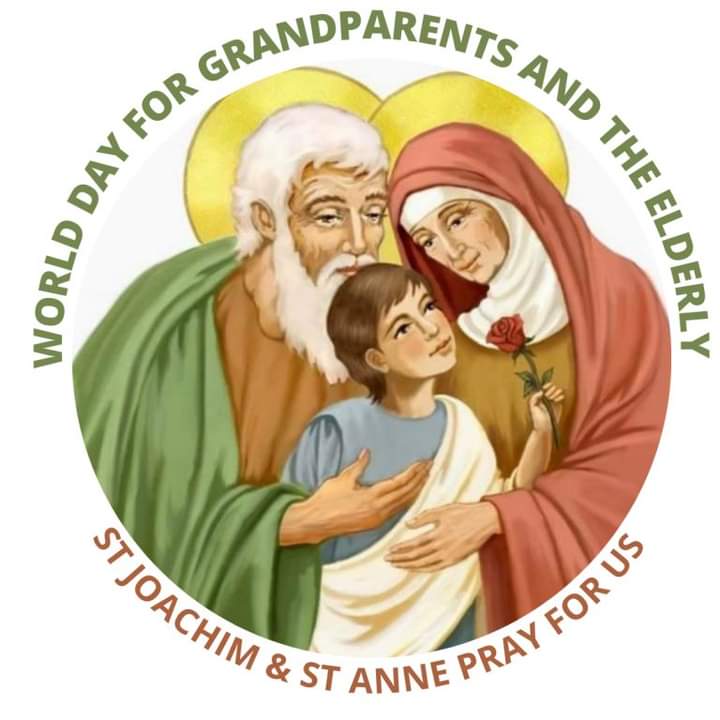 Sts. Joachim and Anne, Pray for us.