MEMORIAL OF THE PASSION OF SAINT JOHN THE BAPTIST, MARTYR – 29th AUGUST

The beheading of John the Baptist, also known as the decollation of Saint John the Baptist or the beheading of the Forerunner, is a biblical event commemorated as a holy day by various Christian churches. According to the New Testament, Herod Antipas, ruler of Galilee under the Roman Empire, had imprisoned John the Baptist because he had publicly reproved Herod for divorcing his first wife and unlawfully taking his sister-in-law (his brother’s wife) as his second wife Herodias. He then ordered him to be killed by beheading.

As a non-Biblical source, Jewish historian Josephus also recounts that Herod had John imprisoned and killed, stating, however, that the real reason Herod had for doing so was “the great influence John had over the people”, which might persuade John “to raise a rebellion (for they seemed ready to do anything he should advise)”. Josephus further states that many of the Jews believed that the military disaster that later on fell upon Herod was God’s punishment for his unrighteous behavior towards John.

According to the synoptic Gospels, Herod, who was tetrarch, or sub-king, of Galilee under the Roman Empire, had imprisoned John the Baptist because he reproved Herod for divorcing his wife (Phasaelis, daughter of King Aretas of Nabataea) and unlawfully taking Herodias, the wife of his brother Herod Philip I. On Herod’s birthday, Herodias’ daughter (whom Josephus identifies as Salome) danced before the king and his guests. 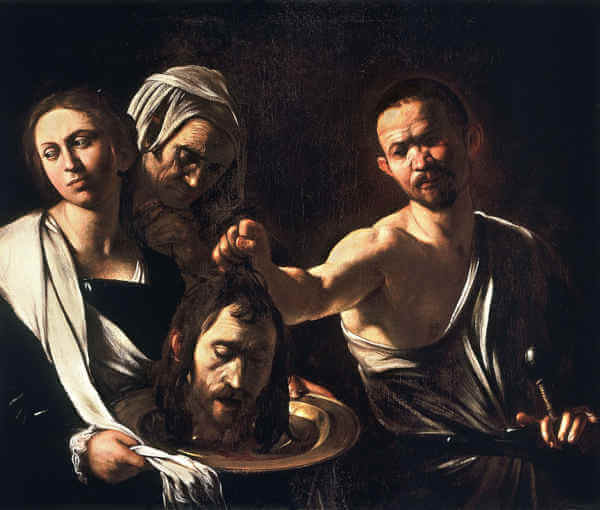 Her dancing pleased Herod so much that in his drunkenness he promised to give her anything she desired, up to half of his kingdom. When Salome asked her mother what she should request, she was told to ask for the head of John the Baptist on a platter. Although Herod was appalled by the request, he reluctantly agreed and had John executed by beheading in the prison. In art, the episode is known as The Feast of Herod.

None of the sources gives an exact date, which was probably in the years 28–29 AD (Matthew 14:1–12; Mark 6:14–27; Luke 9:9) after imprisoning John the Baptist in 27 AD (Matthew 4:12; Mark 1:14) at the behest of Herodias his brother’s wife whom he took as his mistress. (Matthew 14:3–5; Mark 6:17–20); According to Josephus, the death took place at the fortress of Machaerus. The account of Flavius Josephus in Antiquities of the Jews was translated by William Whiston.

The liturgical commemoration of the Beheading of St. John the Baptist is almost as old as that commemorating his birth, which is one of the oldest feasts, if not the oldest, introduced into both the Eastern and Western liturgies to honour a saint. The Roman Catholic Church celebrates the feast on 29 August, as does the Lutheran Church. Many other churches of the Anglican Communion do so as well, including the Church of England, though some designate it a commemoration rather than a feast day. 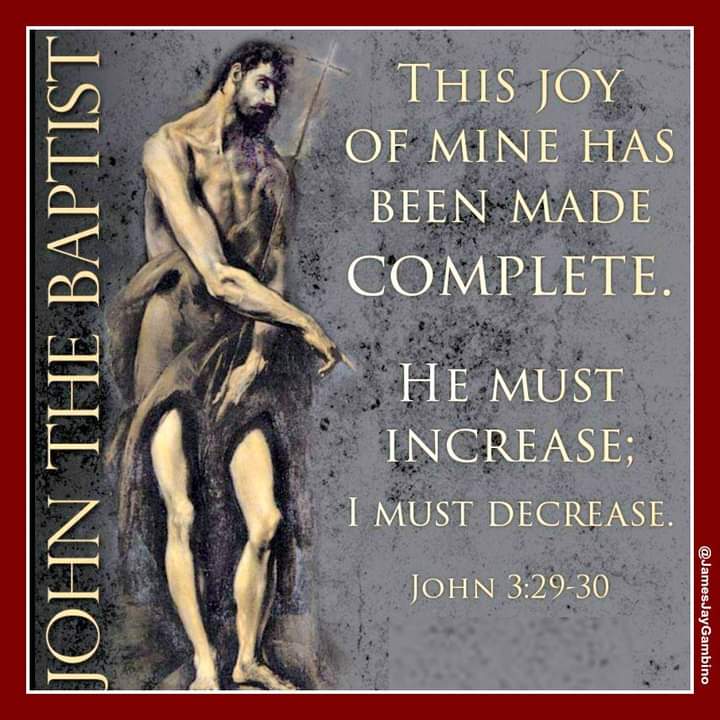 The Eastern Orthodox and Byzantine Catholic churches also celebrate this feast on 29 August. This date in the Julian Calendar, used by the Russian, Macedonian, Serbian and Ethiopian Orthodox Churches, corresponds in the twenty-first century to 11 September in the Gregorian Calendar. The day is always observed with strict fasting, and in some cultures, the pious will not eat food from a flat plate, use a knife, or eat round food on this day.

The Armenian Apostolic Church commemorates the Decollation of St. John on the Saturday of Easter Week, while the Syriac Orthodox, Indian Orthodox, and Syro-Malankara Catholic Churches commemorate his death on 7 January. St John the Baptist’s life and death is a reminder of our calling, even in the face of oppression, to proclaim Jesus in both word and deed.

O God, who destined that Saint John the Baptist should be the precursor of your Son Jesus Christ, both in birth and in his death, grant we beseech you that, as he died a Martyr for truth and justice, we, too, may fight with conviction and without fear for the sake of our faith. 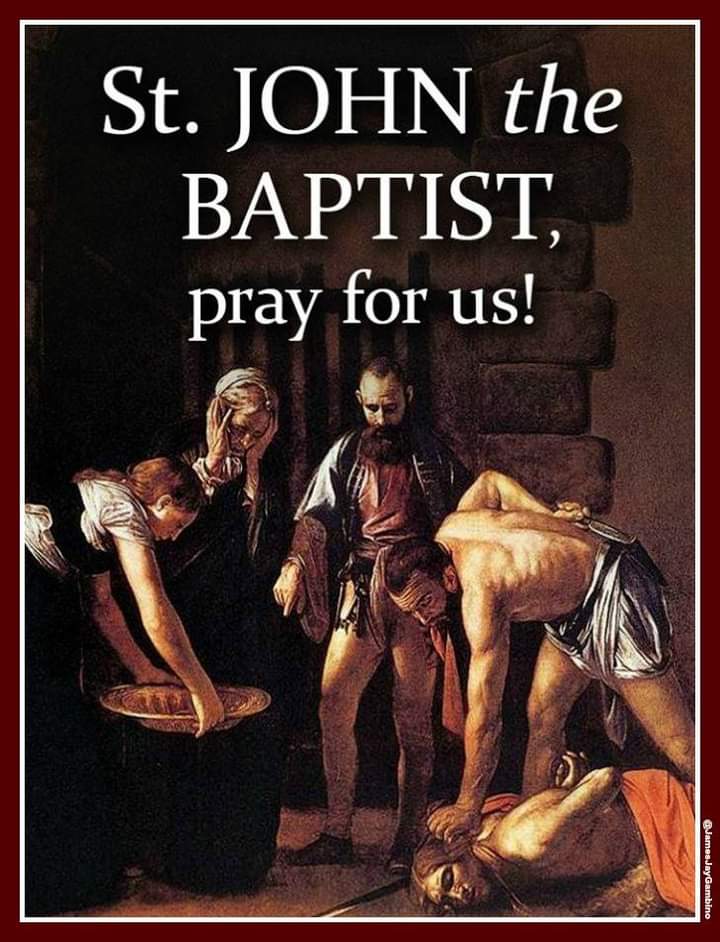 Saint John the Baptist, your self inflicted penitential life was brought to an abrupt end, when you testified the truth and reproached those misusing their authority. You did so, unflinchingly and without hesitation.

You were thrown into prison and then killed on the whim of a girl’s sinful desire while defending the dignity of marriage.

Help us to be as courageous and outspoken as you and to defend righteousness at all cost. Amen