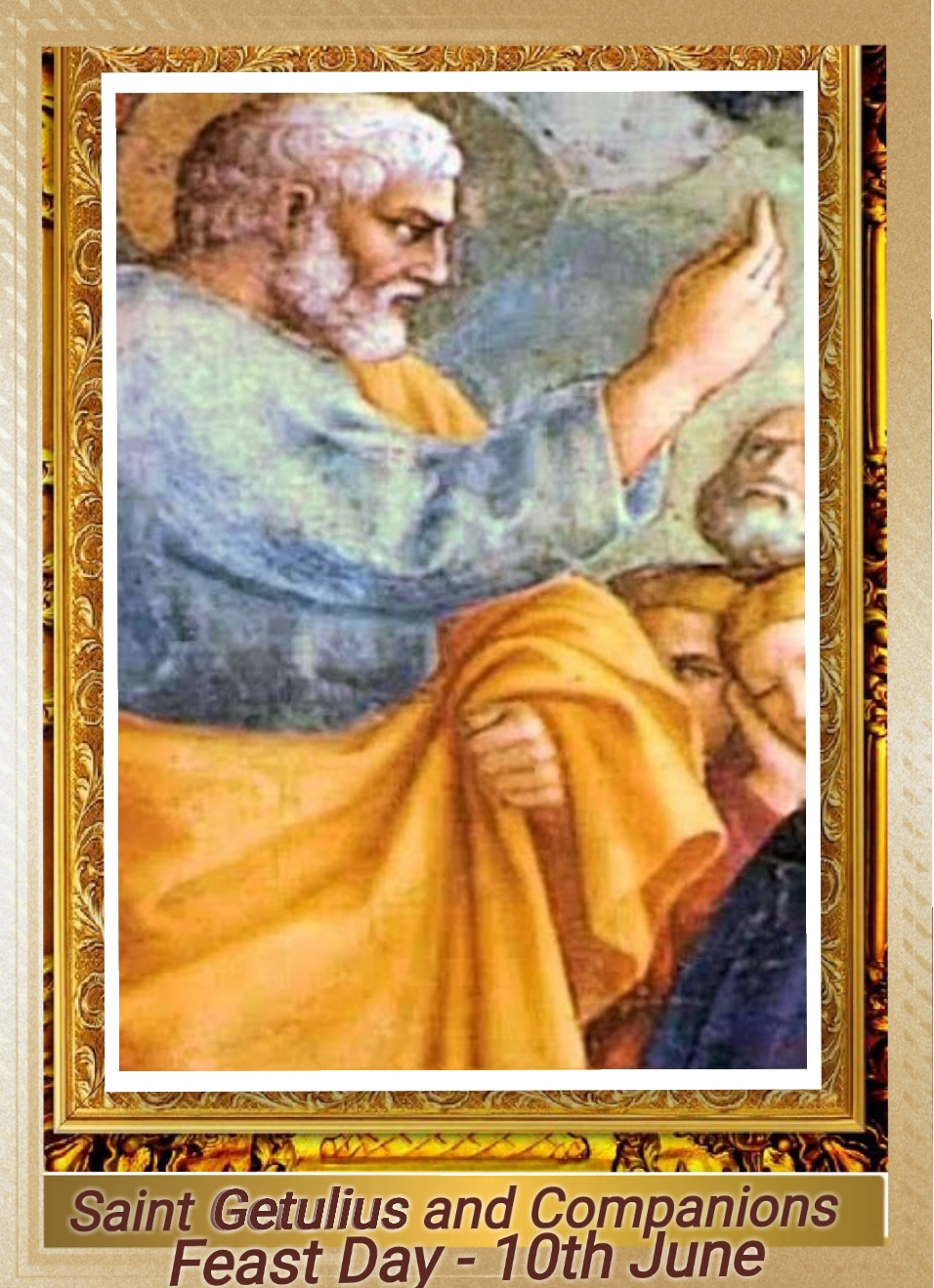 According to his legend, Getulius was a native of Gabii in Sabina. Getulius was an officer in the Roman army who resigned when he became a Christian. He retired to his estates near Tivoli. Caerealis was an imperial legate sent to arrest him but was converted to Christianity by Getulius. Primitivus was another officer sent to arrest him, but he was also converted. Amantius was Getulius’ brother.

According to his Passio, all four men were tied to a stake and set alight. However, the fire did not harm them, so they were brutally clubbed and then beheaded. According to the Roman Martyrology, Getulius was killed on the Via Salaria and is called the father of the Seven Martyrs and the husband of Symphorosa. The legend further states that Saint Symphorosa buried them in an arenarium on her estate.

The Martyrology of Ado states: By Capriolis, viam Salariam, Ado is referring to a place on the Tiber River later known in the Middle Ages as the Corte di San Getulio (today part of Montopoli di Sabina), because a church was built here that originally held some of the saint’s relics. In 867, Abbot Peter of Farfa moved these relics to his abbey in a solemn ceremony. However, Getulius’ relics are also considered to lie in Rome.

A sarcophagus was found here in 1610, bearing the inscription: Hic requiescunt corpora SS. Martyrum Simforosae, viri sui Zotici (Getulii) et Filiorum ejus a Stephano Papa translata. They were placed in a glass urn during the pontificate of Pius IV, who placed the relics in an urn of glass. In 1584, part of his relics were donated by Gregory XIII to the Jesuits, and these relics are found in a chapel near the Villa d’Este.

Some relics were taken to Jesuit colleges in India and Spain (June 25, 1572). On September 26, 1587, to prevent further distribution, Mariano Perbenedetti, governor of Rome, enclosed the rest of the relics at Sant’Angelo in a sarcophagus of marble. This same sarcophagus also holds relics of Cyrus and John.

Saint Getulius, you died for your faith, after converting and inspiring the officers sent to arrest you, and who were killed with you. We ask you to pray for those who try to change their minds about the Faith.

May all who evangelize falsely, leading others astray, be led to the Truth and acknowledge and accept the precepts and promises of our EverLiving God, the Infinite God of salvation.

May the Holy Spirit and the angels continue the process of their conversion and reparation for their falsehoods. 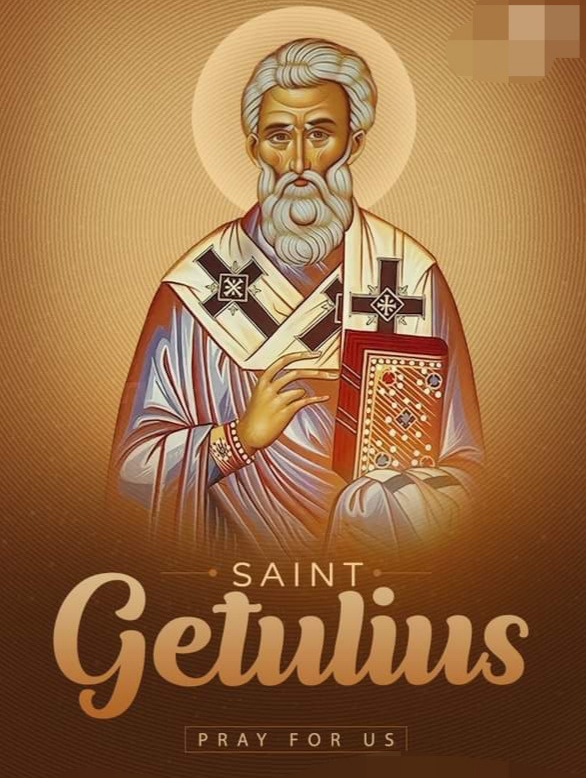 Saint Getulius, pray for us. Amen