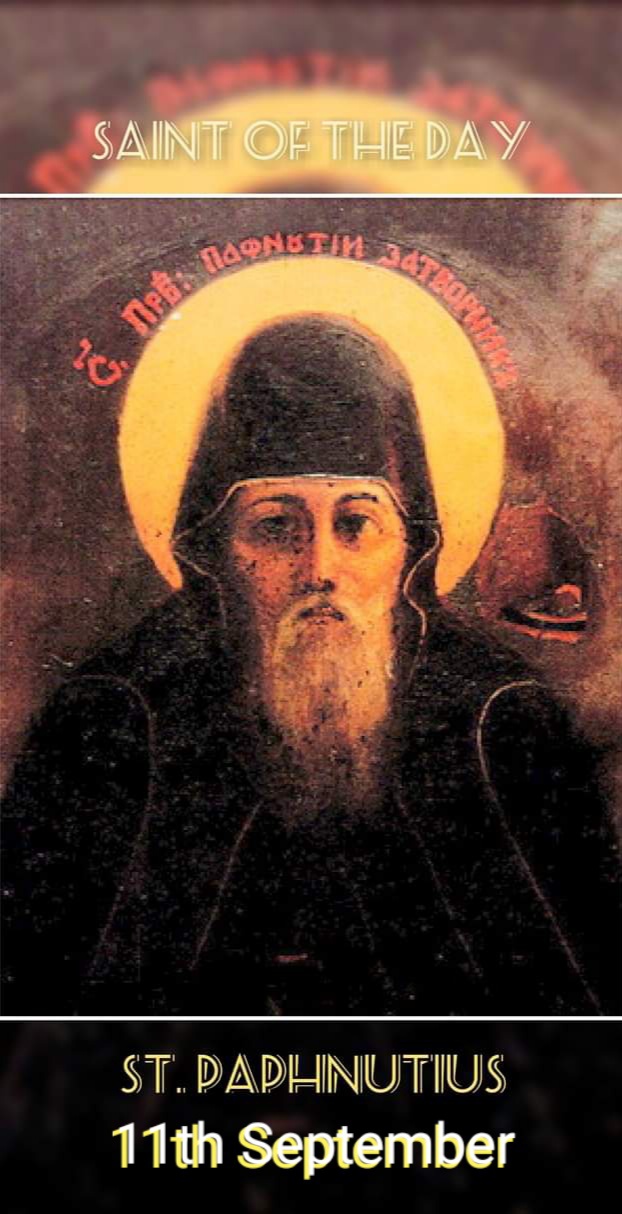 On Sept. 11, the Catholic Church honors Saint Paphnutius, an Egyptian monk who became a bishop, endured torture for the faith, and participated at the Ecumenical Council of Nicea in its confirmation of Christ’s divinity. While there is no record of Paphnutius’ early life, it is known that he – like many other men of his day – became a disciple of the monk Saint Anthony of the Desert, whose direction of a community of fellow hermits marked the beginning of traditional Christian monasticism.

Having spent several years pursuing spiritual illumination in the austerity of the desert under Anthony’s direction, Paphnutius was eventually chosen to become a bishop for the Upper Thebaid region. This placed him in direct conflict with Maximinus Daia, the Roman imperial ruler of Egypt and Syria from 305 to 313, who persecuted the Church in these regions and attempted to undermine it by strengthening the institutions of paganism.

Under Maximinus Daia’s rule, Paphnutius had his left leg partly mutilated and his right eye put out, in an unsuccessful effort to make him renounce the Catholic faith. Not yielding before torture, he was condemned to manual labor in the mines. Imperial policy toward Christians shifted between 311 and 313, in the midst of a power struggle between the various co-emperors of the time. The Emperor Constantine began to embrace the faith in 312, and he proclaimed its legality the following year, during which Maximinus Daia also died.

Since he survived the ordeal of persecution, Paphnutius was regarded with reverence by the first Christian leader of the Roman Empire. Constantine is said to have met frequently with the bishop from the Upper Thebaid, showing his respect by kissing the wound left by the loss of his eye.

The Egyptian bishop is also reputed to have played a role at the First Ecumenical Council, which condemned Arianism and promulgated the Nicene Creed. While celibate himself, Paphnutius successfully resisted an effort by some council participants to change the Eastern Churches’ traditions regarding married members of the clergy.

During the years of doctrinal confusion that followed the Council of Nicea, Paphnutius stood in defense of Christian orthodoxy alongside Saint Athanasius of Alexandria and other Church leaders who upheld the doctrine of Jesus’ eternal preexistence as God. In 335 Paphnutius joined a large group of Egyptian bishops in attending the regional Council of Tyre, where they found the majority of bishops adhering to the Arian heresy.

Paphnutius was especially distressed to see his fellow bishop Maximus of Jerusalem mingling with the Arian clergy, since Maximus, like himself, had once suffered torture rather than compromise his faith. The Egyptian bishop took his fellow confessor aside, and personally persuaded him to back St. Athanasius in the struggle against Arianism.

The year of St. Paphnutius’ death, like that of his birth, is unknown. He should not be confused with another prominent Egyptian monks of the same name (who appears in the “Conferences” of Saint John Cassian), nor is he the same Paphnutius whose martyrdom the Eastern churches commemorate on April 19.

O Holy St. Paphnutius, you suffered during your life and knowing how you understood suffering, we place our petitions for your intercession to the Lord on our behalf. .

Saint of the fallen, you died unnoticed, and suffered unaccounted martyrdom. You are sympathetic to needs of others, pray for us, now, and at moments when we are alone and forgotten. Amen 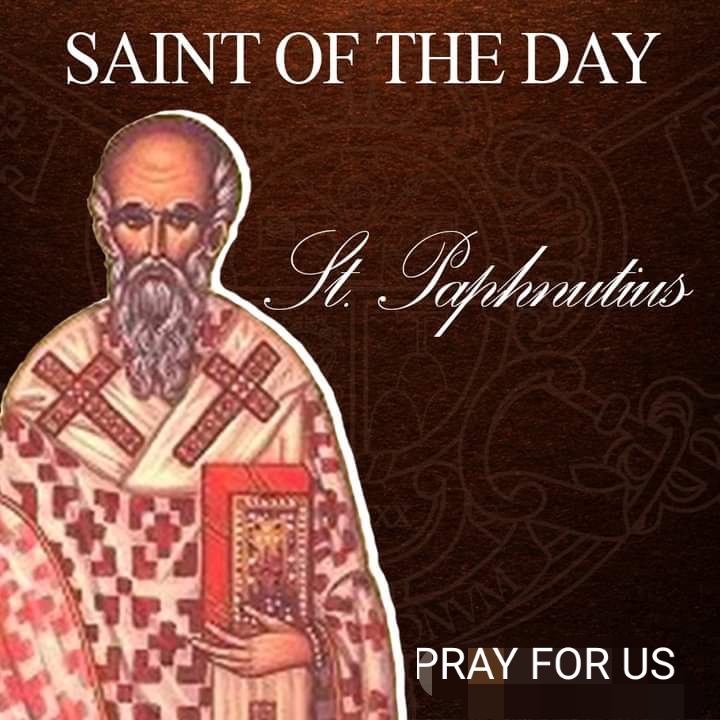