FEAST OF OUR LADY OF GUADALUPE – 12th DECEMBER 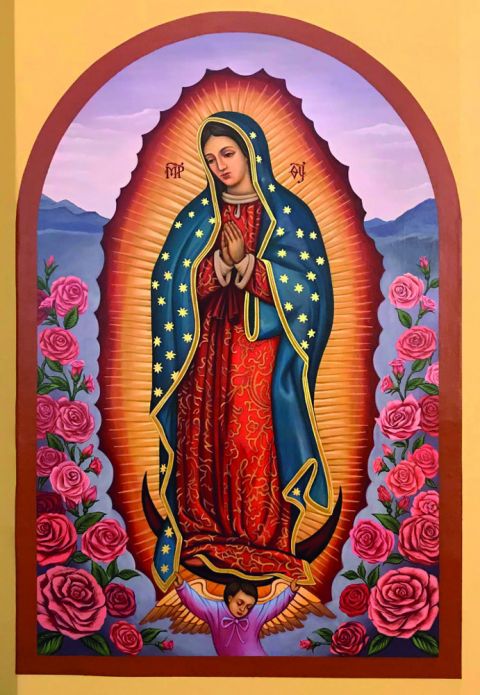 FEAST OF OUR LADY OF GUADALUPE
FEAST DAY – 12th DECEMBER

According to tradition, Mary appeared to Juan Diego, who was an Aztec convert to Christianity, on December 9 and again on December 12, 1531. During her first apparition she requested that a shrine to her be built on the spot where she appeared, Tepeyac Hill (now in a suburb of Mexico City). The bishop demanded a sign before he would approve construction of a church. Mary then appeared a second time to Juan Diego and ordered him to collect roses. In a second audience with the bishop, Juan Diego opened his cloak, letting dozens of roses fall to the floor and revealing the image of Mary imprinted on the inside of the cloak—the image that is now venerated in the Basilica of Guadalupe.

Defenders of the Virgin of Guadalupe, including Pope John Paul II, who canonized Juan Diego and declared Our Lady of Guadalupe the patroness of the Americas, accept the authenticity of the early documents and point also to various oral accounts of the apparition.
John Paul’s actions were only the latest in a series of developments affirming the importance of Our Lady of Guadalupe. A shrine to the Virgin has existed on the site since at least 1556, when the archbishop of New Spain promoted devotion to the image of Mary at a chapel in Tepeyac. The image was described by an English prisoner in Mexico City in 1568, and by the end of the 16th century Our Lady of Guadalupe formed part of a wide network of shrines to the Virgin throughout Mexico.

The story of Mary’s appearance to Juan Diego was codified in the work of Miquel Sánchez in 1648, and an account in the indigenous language (Nahuatl) was published in 1649 and widely accepted as accurate. The devotion continued to grow, especially after Our Lady of Guadalupe was credited with ending a deadly epidemic of hemorrhagic fever that ravaged Mexico City in 1736–37. In 1737 she was proclaimed patroness of Mexico City, and in 1746 her patronage was accepted by all the territories of New Spain, which included part of present-day California as well as Mexico and regions as far south as Guatemala and El Salvador.

In 1754 Pope Benedict XIV approved her patronage and granted her a proper feast and mass for December 12. Pope Pius X proclaimed her patroness of Latin America in 1910, and in 1935 Pius XI approved her patronage over the Philippines. Veneration of Our Lady of Guadalupe has been particularly strong among women, especially in Mexico, and since at least the early 18th century the devotion was spread throughout the world by the Jesuits and other religious. Our Lady of Guadalupe’s role in Mexican history is not limited to religious matters; she has played an important role in Mexican nationalism and identity.

In 1810 Miguel Hidalgo y Costilla promoted her as the patroness of the revolt he led against the Spanish. The image of the Virgin of Guadalupe appeared on the rebels’ banners, and the rebels’ battle cry was “Long Live Our Lady of Guadalupe.” During a religious revival in Mexico in the late 19th century, preachers declared that the foundation of Mexico could be dated to the time of the apparition of Our Lady of Guadalupe, because she freed the people from idolatry and reconciled the Spanish and indigenous peoples in a common devotion.

Emiliano Zapata’s peasant rebels carried the banner of Our Lady when they entered Mexico City in 1914, and, during the civil war in Mexico in 1926–29, the banners of the rebels bore her image. Her continuing significance as a religious and national symbol is attested by the hundreds of thousands of pilgrims who visit her shrine every year.

The second apparition resulted in a painted image that became known as the Virgin of Guadalupe, and the entire incident did much to hasten the conversion of the Indians of Mexico to Christianity. In 1754 a papal bull made the Virgin of Guadalupe the patroness and protector of New Spain, and in 1810 she became the symbol of the Mexican independence movement when the patriot-priest Miguel Hidalgo y Costilla raised her picture to his banner.

O Immaculate Virgin, Mother of the True God and Mother of the Church!
You, who from this place reveal your clemency and your pity to all those who ask for your protection; hear the prayer that we address to you with filial trust, and present it to your Son Jesus, our sole Redeemer.

Mother of mercy, Teacher of hidden and silent sacrifice, to you, who come to meet us sinners, we dedicate on this day all our being and all our love. We also dedicate to you our life, our work, our joys, our infirmities and our sorrows. Grant peace, justice, and prosperity to our people; for we entrust to your care all that we have and all that we are.

Our Lady and Mother, we wish to be entirely yours and to walk with you
along the way of complete faithfulness to Jesus Christ in His Church: hold us always with your loving hand. Virgin of Guadalupe, Mother of the Americas, we pray to you for all the bishops, that they may lead the faithful along paths of intense Christian life, of love and humble service of God and souls.

Contemplate this immense harvest, and intercede with the Lord that he may instill a hunger for holiness in the whole People of God, and grant abundant vocations of priests and religious, strong in the faith and zealous dispensers of God’s mysteries. Grant to our homes
the grace of loving and respecting life in its beginnings, with the same love with which you conceived in your womb the life of the Son of God. Blessed Virgin Mary, Mother of Fair Love, protect our families, so that they may always be united, and bless the upbringing of our children.

Our hope, look upon us with compassion, teach us to go continually to Jesus and, if we fall, help us to rise again, to return to him, by means of the confession of our faults and sins in the Sacrament of Penance, which gives peace to the soul. We beg you to grant us a great love for all the holy Sacraments, which are, as it were, the signs that your Son left us on earth.

Thus, most holy Mother, with the peace of God in our conscience, with our hearts free from evil and hatred, we will be able to bring to all true joy and true peace, which come to us from your Son, our Lord Jesus Christ, who with God the Father and the Holy Spirit, lives and reigns for ever and ever. Amen 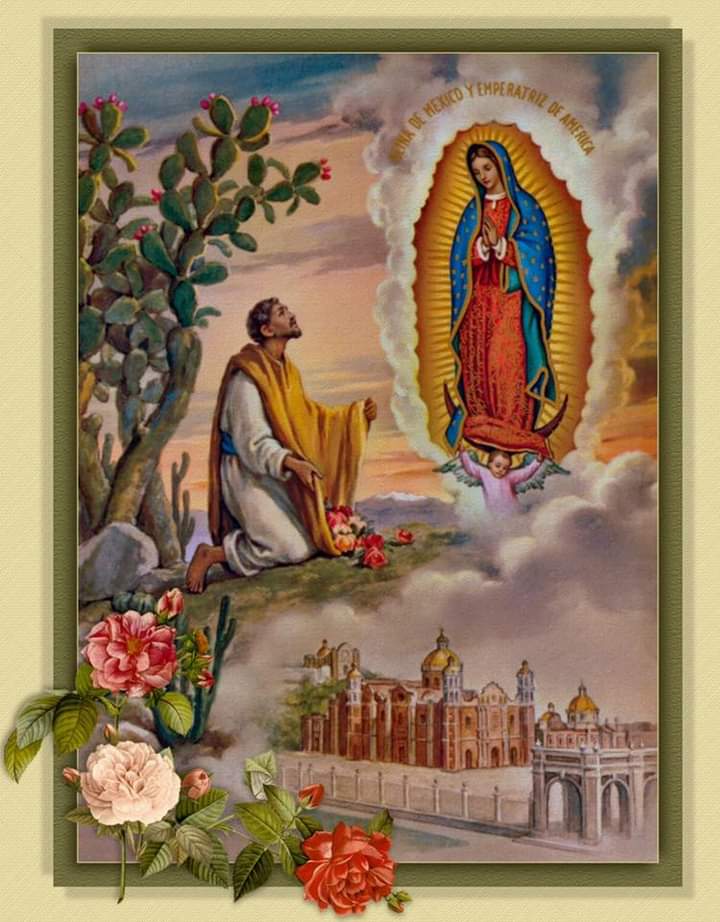