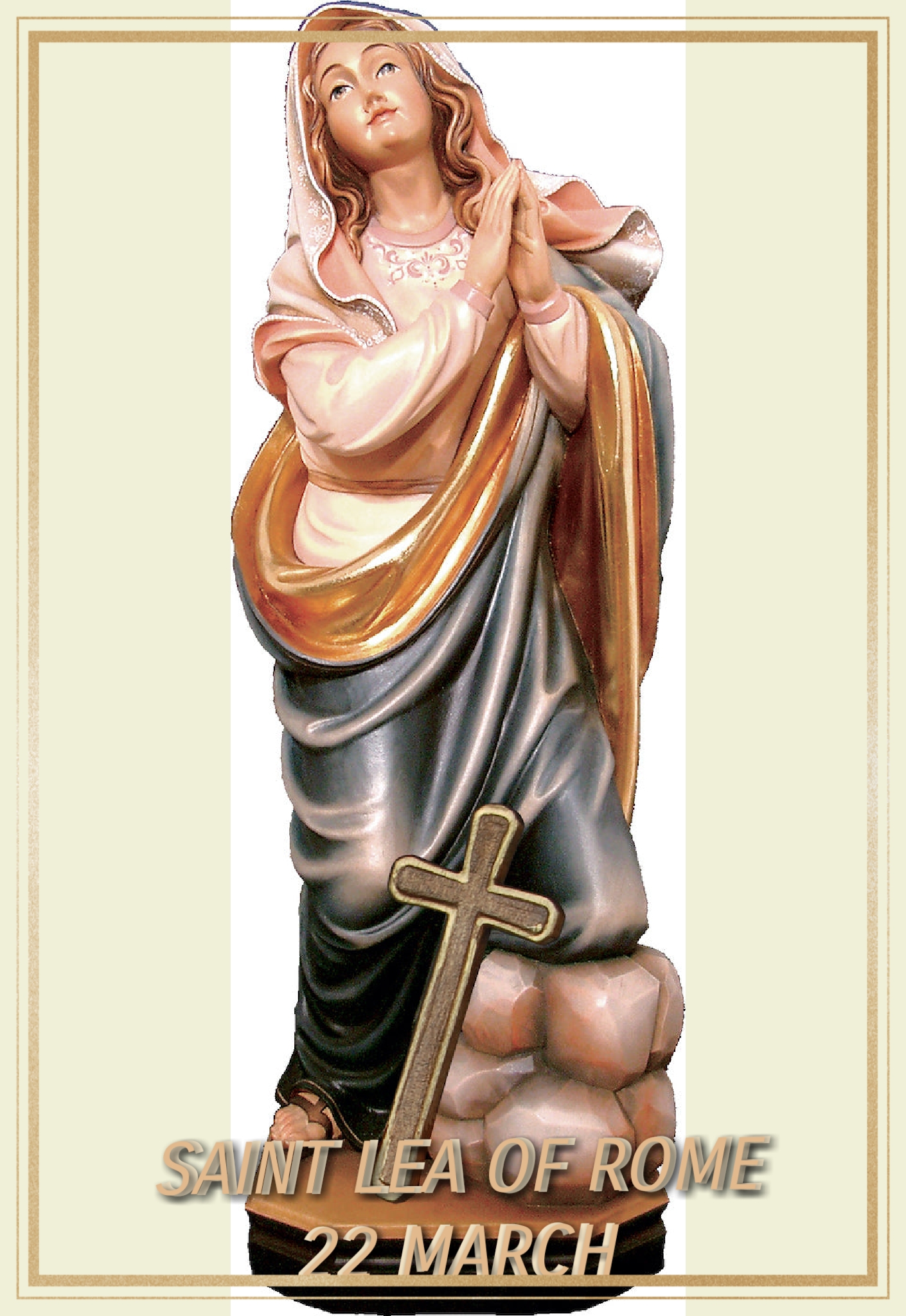 Saint Lea (died c. 383) is a fourth century saint in the Roman Catholic Church, based on the authority of Saint Jerome. Lea of Rome is known only through the testimony of her beloved friend, the learned Saint Jerome. Jerome, a scholarly monk best known for his Latin translation of the Bible (the Vulgate), is the only source of information on St. Lea, whose biographical details are unknown.

A noblewoman of Rome, born into wealth and privilege, she was a contemporary of Jerome. However, soon after her marriage she was widowed and was left very sound financially. Instead of retiring as a wealthy widow, however, she joined a convent of consecrated virgins in the city, shedding all her money and social standing.

In later years, she was named the prioress of the convent. Saint Lea supported the house run by Saint Marcella, working as a menial servant, and later served as the group’s superior. It appears that she died in 384 while she was reciting Psalm 73 (alongside St. Jerome). In a letter relaying her death to others within the city of Rome, St. Jerome writes to St. Marcella that St. Lea, a woman of austerity, obedience and remarkable penances had died.

He described her as “blessed,” emphasizing the woman’s virtues as being worthy of heaven. St. Jerome provides no biography for Lea, for he assumes that Marcella knows Lea, and concentrates instead upon her virtues. He mentions about the fate of St. Lea in comparison with that of a consul who had recently died.

“Who will praise the blessed Lea as she deserves? She renounced painting her face and adorning her head with shining pearls. She exchanged her rich attire for sackcloth, and ceased to command others in order to obey all. She dwelt in a corner with a few bits of furniture; she spent her nights in prayer, and instructed her companions through her example rather than through protests and speeches. 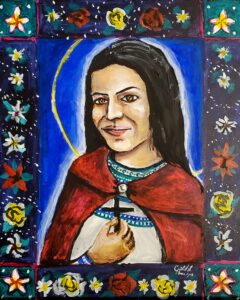 And she looked forward to her arrival in heaven in order to receive her recompense for the virtues which she practiced on earth. Jerome draws a parallel with the parable of Lazarus and Dives: “So it is that thence forth she enjoyed perfect happiness. From Abraham’s bosom, where she resides with Lazarus, she sees our consul who was once decked out in purple, now vested in a shameful robe, vainly begging for a drop of water to quench his thirst.

Although he went up to the capital to the plaudits of the people, and his death occasioned widespread grief, it is futile for the wife to assert that he has gone to heaven and possesses a great mansion there. The fact is that he is plunged into the darkness outside, whereas Lea who was willing to be considered a fool on earth, has been received into the house of the Father, at the wedding feast of the Lamb.

“Hence, I tearfully beg you to refrain from seeking the favors of the world and to renounce all that is carnal. It is impossible to follow both the world and Jesus. Let us live a life of renunciation, for our bodies will soon be dust and nothing else will last any longer.”

St. Jerome’s use of the adjective “blessed” is taken as sufficient evidence for Lea’s veneration by the Roman Catholic Church, where her feast day is March 22. The name Lea is likely a derivation of Leah coming from a Hebrew word meaning “weary”; or from a Chaldean name meaning “mistress” or “ruler” in Akkadian. In Genesis 29, Leah is seen as being Jacob’s first wife and the mother of seven of his children.

God our Father, Saint Lea received her reward in heaven for her obedience and austerity on earth. During this Lenten season, may we look to her example, exchanging our earthly vanity and pride for true service, true faith, and true obedience to the call of the Lord.

We make this humble prayer through Christ our Lord. Amen 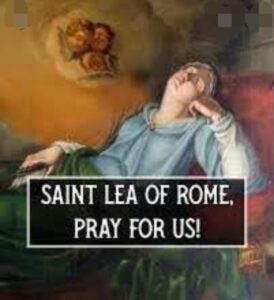 Saint Lea of Rome, pray for us all.