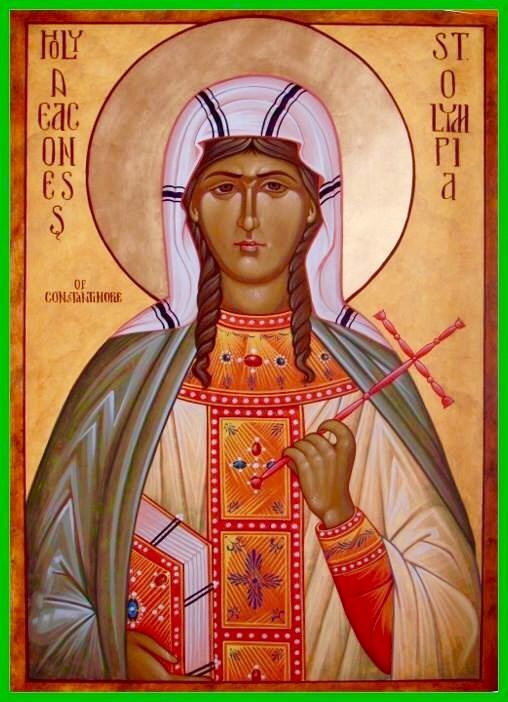 Olympias was the daughter born to the Antiochian Greek noblewoman, Alexandra and the wealthy Greek Rhetor, Seleucus. She was orphaned when a child and was given over to the care of Theodosia, a nanny, by her uncle, the prefect Procopius. The paternal grandfather of Olympias was Flavius Ablabius who had held consular rank in Constantinople, while her maternal uncle was Calliopius the Rhetor who served as grammaticus and assistant-teacher under the Rhetor, historian Libanius and later served as a Roman official under the Roman emperors Constantius II and Julian the Apostate.

At eighteen years of age, Olympias married a nobleman called Nebridius who was Prefect of Constantinople. But after two years of marriage, her husband died. After refusing many offers of marriage, she dedicated her life to the church, serving as a deaconess. She would later become a friend of Saint John Chrysostom. She had long been friends with St. Gregory Nazianzen, and being at the center of the Church in Constantinople, she befriended many other holy people, including St. Gregory of Nyssa.

In 404, John Chrysostom was exiled after he got on the wrong side of Empress Eudoxia. Olympias was persecuted because of her close association with him and her loyalty to him as the true Archbishop of the city. Her opponents slandered her and John and her community fell apart. Due to these trials, Olympias went into a sort of self-imposed exile and definitively left the city she had lived in for so long and given so much to and lived her final years in Nicomedia. She continued to keep up her spiritual mission of care for the poor.

During John’s last days, he wrote many letters to Olympias, from his arduous journeys during his exile. These letters are poignant testimonies to the depth of suffering he and his friends were experiencing, and the spiritual friendship these two saints shared. As Olympias’ letters (now lost) were written while she was being persecuted back in Constantinople, they are filled with her feelings of despondency and depression. John continues to encourage her to lift up her heart and to try to brighten her spirit. In one of the last letters he wrote:

“Nothing, Olympia, is so worthy of consideration as patience in the midst of pain and grief. For this is the queen of good things, the perfection of crowns, and just as it surpasses other virtues, so this particular form of virtue especially surpasses the others in brilliance.”

John encouraged her to be a “great athlete of patience,” like Job. His letter is a beautiful encouragement from one who is finishing his own race (2 Tim 4:7) to a fellow runner, admonishing her to stay strong in the final laps ahead of her

Her good works included building a hospital, an orphanage and even looking after Monks who had been led in exile from Nitria. All of this even led to John Chrysostom telling her that she had done almost too much. Her support for John Chrysostom led her to being exiled in 404, which resulted her in losing her house and living the rest of her life in exile at Nicomedia, where she would die on July 25, 408, after a long illness. Olympias is one of the 140 Colonnade saints which adorn Saint Peter’s Square.

Almighty Father, you gave Saint Olympias the courage and resilience to avoid the superfluous temptations of wealth and power, surrendering it all to live a humble life and serve you with a true heart, donating all her worldly possessions to the Church and for the betterment of the poor.

Help us to emulate her sincerity and devotion in prayer and good works and to pursue and deepen our Christian faith and virtue. We ask this in Jesus’ Name. Amen 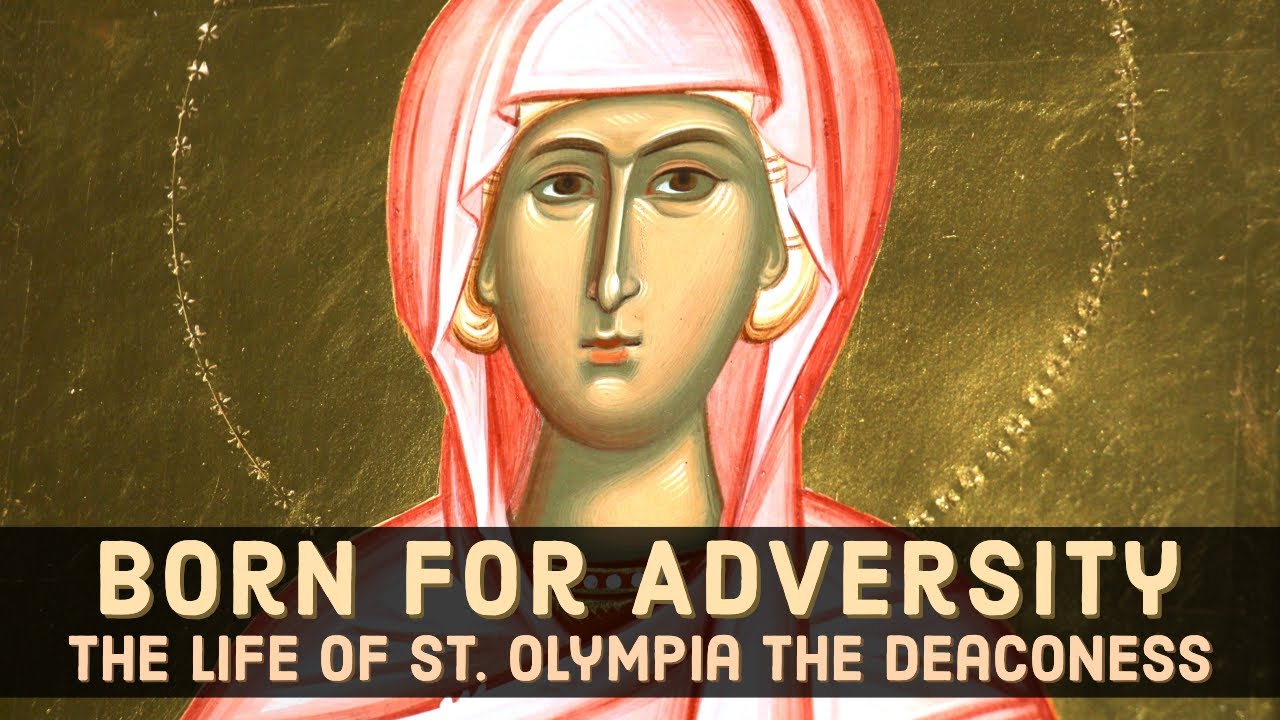