FEAST OF SAINT PACHOMIUS – 9th MAY 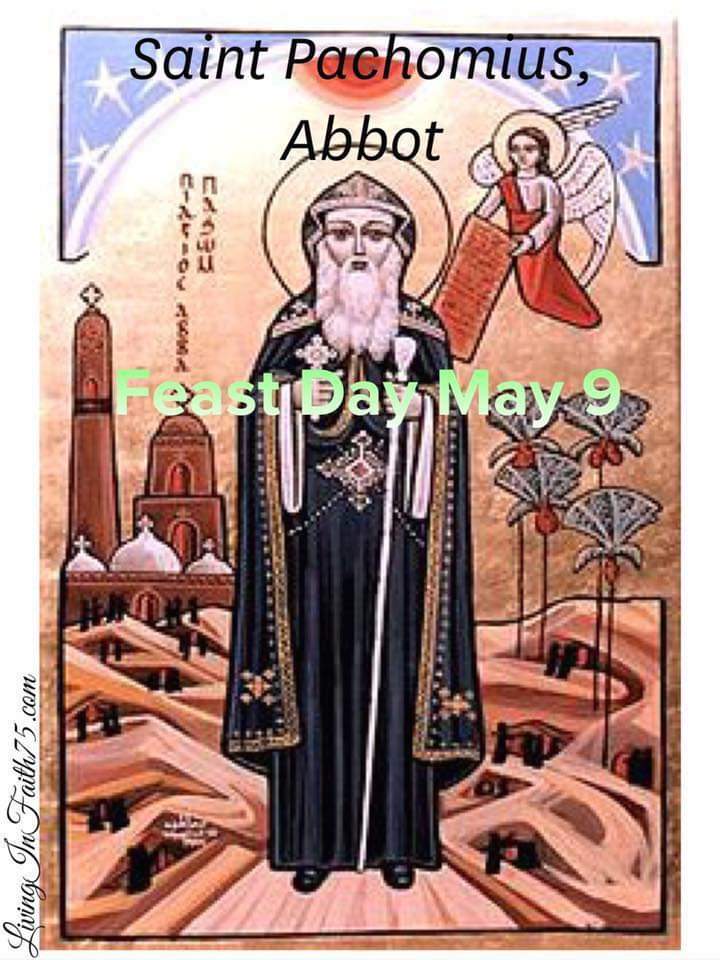 St. Pachomius can justifiably be called the founder of cenobitic monasticism (monks who live in community). Even though St. Antony the Great was the first to go into the desert to live a life of seclusion pursuing evangelical perfection, he lived an eremitic life, that is, a primarily solitary life.

Pachomius first started out as a hermit in the desert like many of the other men and women in the third and fourth centuries who sought the most radical expression of Christian life and he developed a very strong bond of friendship with the hermit Palemon. One day he had a vision during prayer in which he was called to build a monastery.

He was told in the vision that many people who are eager to live an ascetic life in the desert, but who are not inclined to the solitude of the hermit, will come and join him. His hermit friend Palemon helped him to build the monastery and Pachomius insisted that his cenobites were to aspire to the austerity of the hermits.

However, he knew that his idea was a radical one, in that most of the men who came to live in his monastery had only ever conceived of the eremitic lifestyle; his great accomplishment was to reconcile this desire for austere perfection with an openness to fulfilling the mundane requirements of community life as an expression of Christian love and service.

He spent most of his first years as a cenobitic doing all the menial work on his own, knowing that his brother monks needed to be gently inducted into serving their brothers in the same manner. He therefore allowed them to devote all their time to spiritual exercises in those first years. At his death, there were eleven Pachomian monasteries, nine for men and two for women.

The rule that Pachomius drew up was said to have been dictated to him by an angel, and it is this rule that both St. Benedict in the west and St. Basil in the east drew upon to develop their better known rules of cenobitic life. Saint Pachomius died around the year 346.

Saint Basil the Great visited Pachomius and his monks and adopted many of the spiritual values he learned from them, incorporating them into his own monastic rule—The Rule of Saint Basil—which is the guiding document for all monks and nuns of the Eastern Church.

“It is patience that reveals every grace to you, and it is through patience that the saints received all that was promised to them.”—Saint Pachomius

Let the blessed abbot Pachomius intercede for us O Lord. May his prayers win us your help, since our own actions cannot merit it. Through our Lord Jesus Christ, your Son, who lives and reigns with you in the unity of the Holy Spirit, one God, for ever and ever. Amen 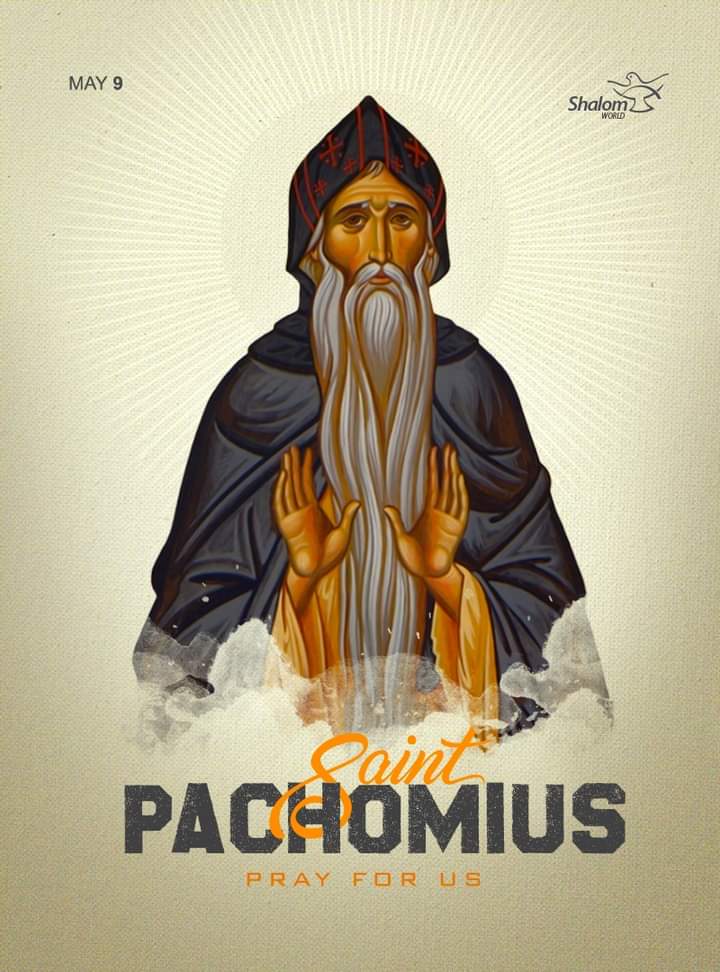 St. Pachomius, pray for us!