FEAST OF THE ASCENSION OF OUR LORD 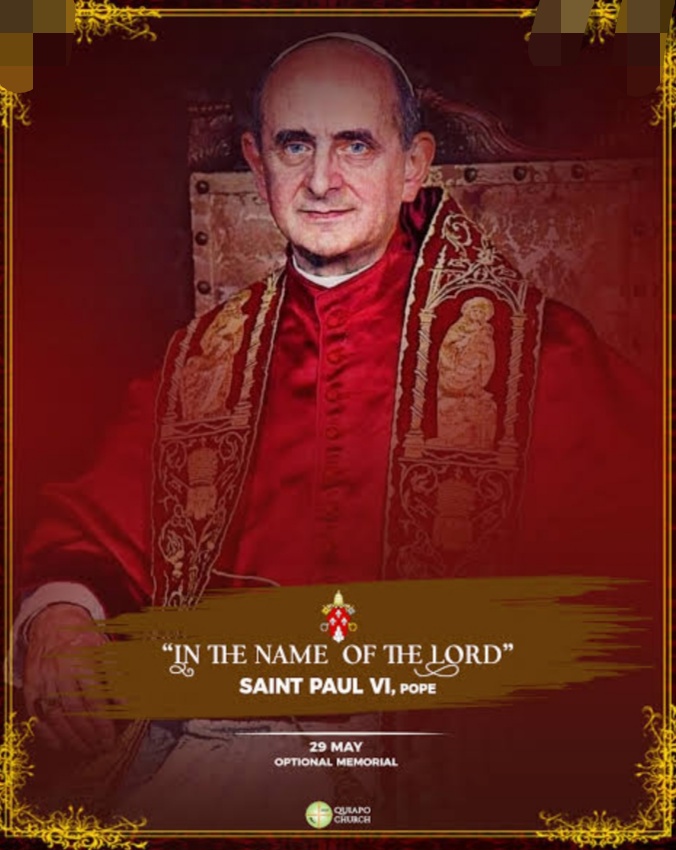 He fostered improved ecumenical relations with Eastern Orthodox and Protestant churches, which resulted in many historic meetings and agreements. Pope Paul VI was born in the last years of the nineteenth century in Northern Italy to an educated and dignified family that was deeply committed to the Church.

Giovanni was ordained a priest at the tender age of twenty-two and entered the service of the Vatican a few years later. He spent approximately thirty years serving in the central administration of the Holy See in roles placing him in close contact with three popes. He was appointed Archbishop of Milan in 1954 and a Cardinal in 1958.

“Habemus Papam” could have been announced before the Cardinals ever mustered in the Sistine Chapel for the papal conclave of 1963, as few doubted whose experience best prepared him to be pope or who Pope John XXIII wanted to succeed him. Cardinal Baptista took the name Paul, the first Pope of that name in over three hundred years. 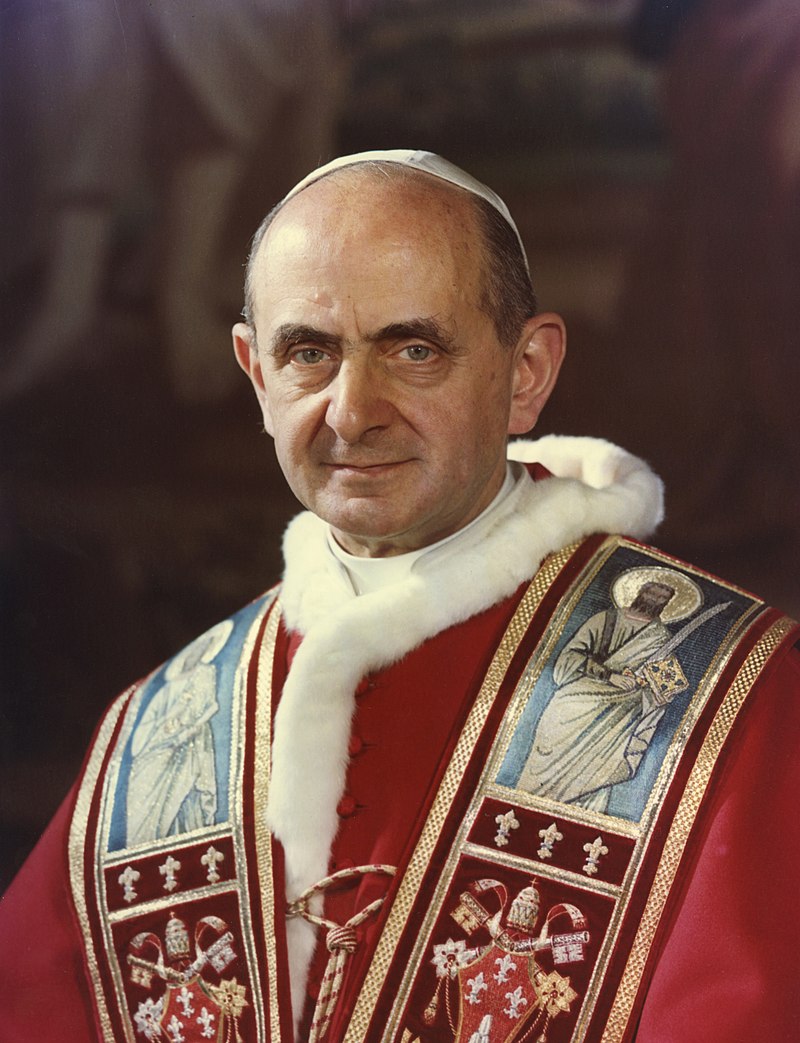 The new Pope very consciously united the stability and authority represented by Saint Peter with the zealous evangelical outreach represented by Saint Paul. Paul VI became the first pope ever to travel to other continents, going on apostolic pilgrimages to the Holy Land, India, Colombia, the United States, Portugal, and Uganda. Paul also continued the Second Vatican Council and shepherded it to its conclusion in 1965.

After the Council, Paul VI promulgated a new liturgical calendar, missal, breviary, and simplified rites for all the sacraments, thus impacting the lives of Catholics the world over in a personal way that few popes had ever done before. Paul VI was also deeply immersed in the theological and moral deliberations over the Church’s response to new technologies making artificial means of contraception accessible and affordable to the masses.

Paul’s 1968 encyclical, Humanae Vitae, heroically restated the Church’s perennial teaching on the immorality of using artificial means of contraception. Although Humana Vitae was not as compelling and humanistic a presentation of the Church’s rich teachings on married love as would later be advanced by Pope Saint John Paul II, it was replete with prophecies. 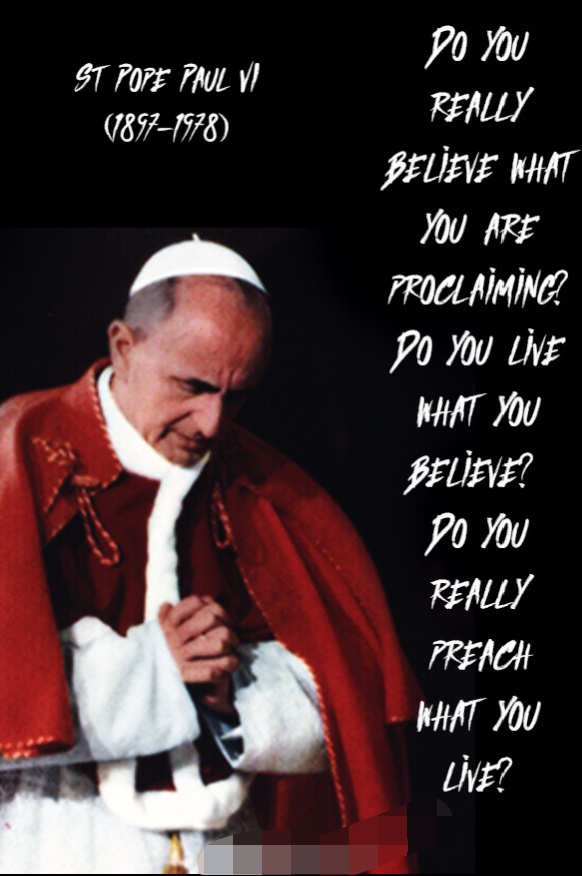 Paul VI’s predictions about the far-reaching and negative repercussions of the widespread use of contraceptives have all come true! No other individual or institution at the time foresaw, or anticipated in any way, even one of the ticking time bombs whose cultural shrapnel Paul inventoried with such accuracy. The intense storms that blew over Humanae Vitae in Northern Europe and North America lashed the aging Pope, and he never issued another encyclical.

At times in the late 1960s and 1970s, it seemed as if chunks of Catholicism, Christianity’s mighty rock of Gibraltar, might fall away and drop into the sea. But Paul VI’s steady, if undynamic, hand avoided fissures in the Church’s facade. Though no schisms surfaced during his pontificate, the Pope did publicly warn about the smoke of satan entering the temple of God.

Our saint was in many ways a tragic figure, tasked with leading a huge, complex Church in a confusing time. Paul’s confessor, a holy and faithful Jesuit, said, after the Pope’s death, that “if Paul VI was not a saint when he was elected Pope, he became one during his pontificate.” The Church was Paul VI’s perennial love and undying concern.

He died on the Feast of the Transfiguration, August 6, and was buried, per his request, in a simple casket placed directly in the earth in the grottoes under St. Peter’s Basilica, near so many of his predecessors who sat on the same Chair of Peter.

Pope Saint Paul VI, you were dynamic, dedicated and devoted and you resisted a swell of voices to uphold the Church’s teachings on authentic human love.

May all bishops and popes be as courageous as you in their fidelity to the Church’s undying tradition. 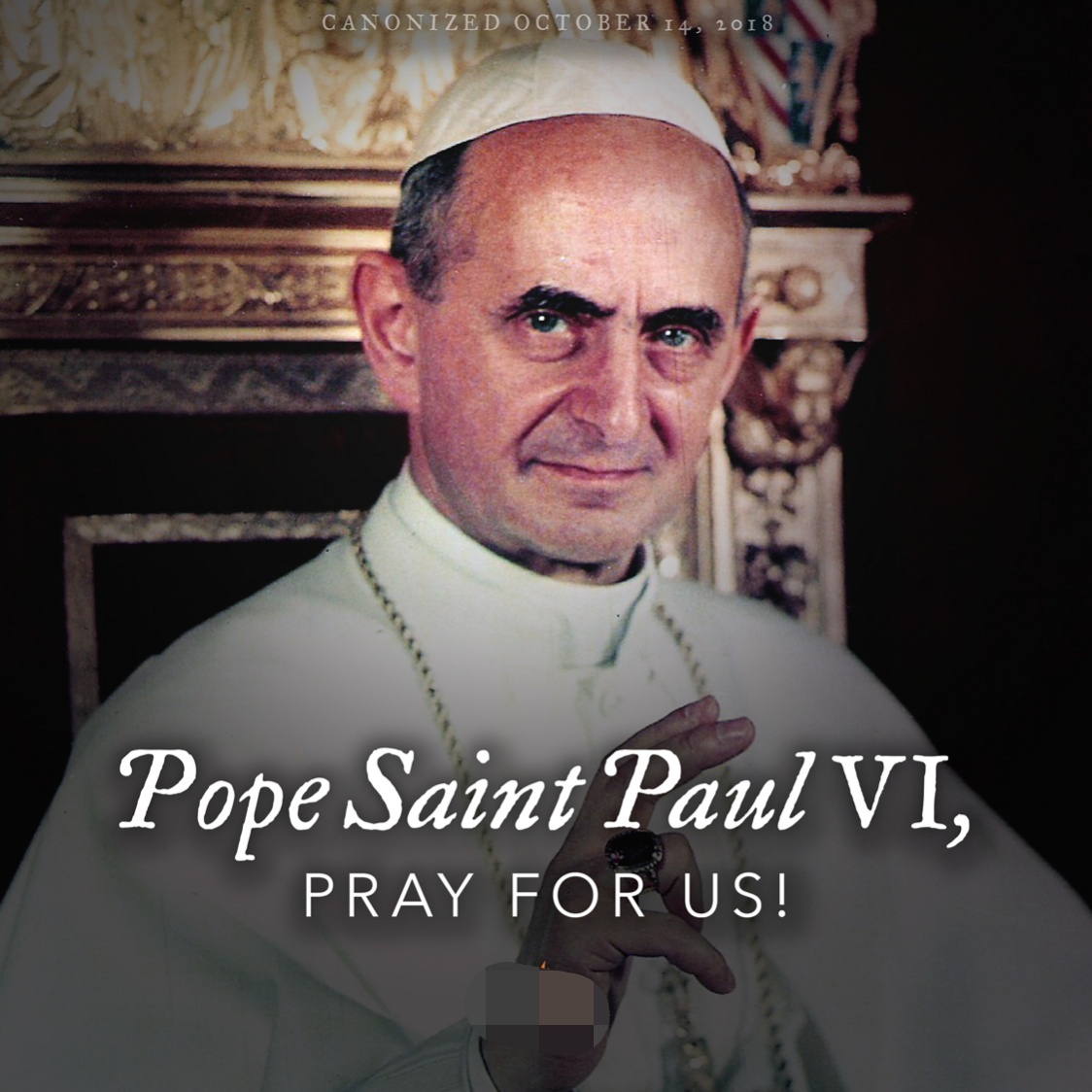