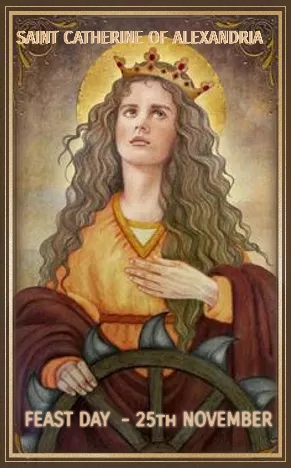 Catherine of Alexandria was martyred around 305 in Alexandria, Egypt. She is also known as a Great Martyr and Saint by the Orthodox Church, who led a life of noble virtue and holiness. She was born around 287 in Alexandria, Egypt, one of the acclaimed cities in the world, it being a center of learning and culture. She was of royal birth, and as a member of the nobility, was also an educated scholar. Her beauty, greatly admired, brought her many suitors, but she rejected them all.

As a teenager, she was very intelligent and when the emperor Maxentius began persecuting Christians, Catherine, without hesitation, denounced his action. Maxentius had fifty orators and philosophers debate her. Catherine, moved by the power of the Holy Spirit spoke with great eloquence, defending her faith, leading to instant conversions to Christianity by pagans, who were immediately condemned to be executed.

She became a devout follower of Christ, and ardently started evangelizing, using the extraordinary gifts God had given her to instill the truth about Jesus Christ, the One she adored, spreading the faith to all. As a grounded and strong willed young woman, St. Catherine confronted the pagan emperor courageously. He tried to woo her into becoming his wife or mistress and when she refused, ordered that she be beheaded.

Monks carried the holy relics of the great martyr to the sanctuary of a Monastery on Mount Sinai, where they have exuded an unearthly fragrance since that very day. As a result of the saint’s multiple miracles, the Monastery became known after her name. For centuries, Catherine remained a popular saint in Catholic tradition, included among the 14 Holy Helpers whose intercession was believed to be especially helpful, most often when there was a need for healing.

She shares this title with Saints Acacius, Barbara, Blaise, Christopher, Cyriacus, Denis, Erasmus of Formiae, Eustace, George, Giles, Margaret of Antioch, Vitus and Pantaleon. But in 1969, Pope Paul VI revised the Liturgical calendar for the Church and many beloved saints were removed. Catherine was among them. However, after a visit to St. Catherine’s Monastery on Mount Sinai in 2002, St. Pope John Paul II restored her to the Universal Roman Calendar. Her feast day remains on November 25th.

St Catherine is venerated as the patron saint of students, lawyers, librarians and teachers, and honored in France as one of the saints whose voices were heard by St. Joan of Arc, another young saint and military leader. She is a model for today’s youth, proving that wisdom, knowledge and perseverance are endowed to even the youngest of those followers of Jesus. St. Catherine used those gifts to stand up for her faith in love of God, and of Christ, so that all could experience the same joy she knew.

O God, you dispensed to the holy virgin and martyr Catherine the virtue of great wisdom and courage and helped her to be victorious in defeating the enemies of the Faith. Grant, we beseech you, through her great intercession, with the wisdom of the saints, that we may devote all powers of our mind and heart to your service, in Jesus Christ our Lord. Amen. 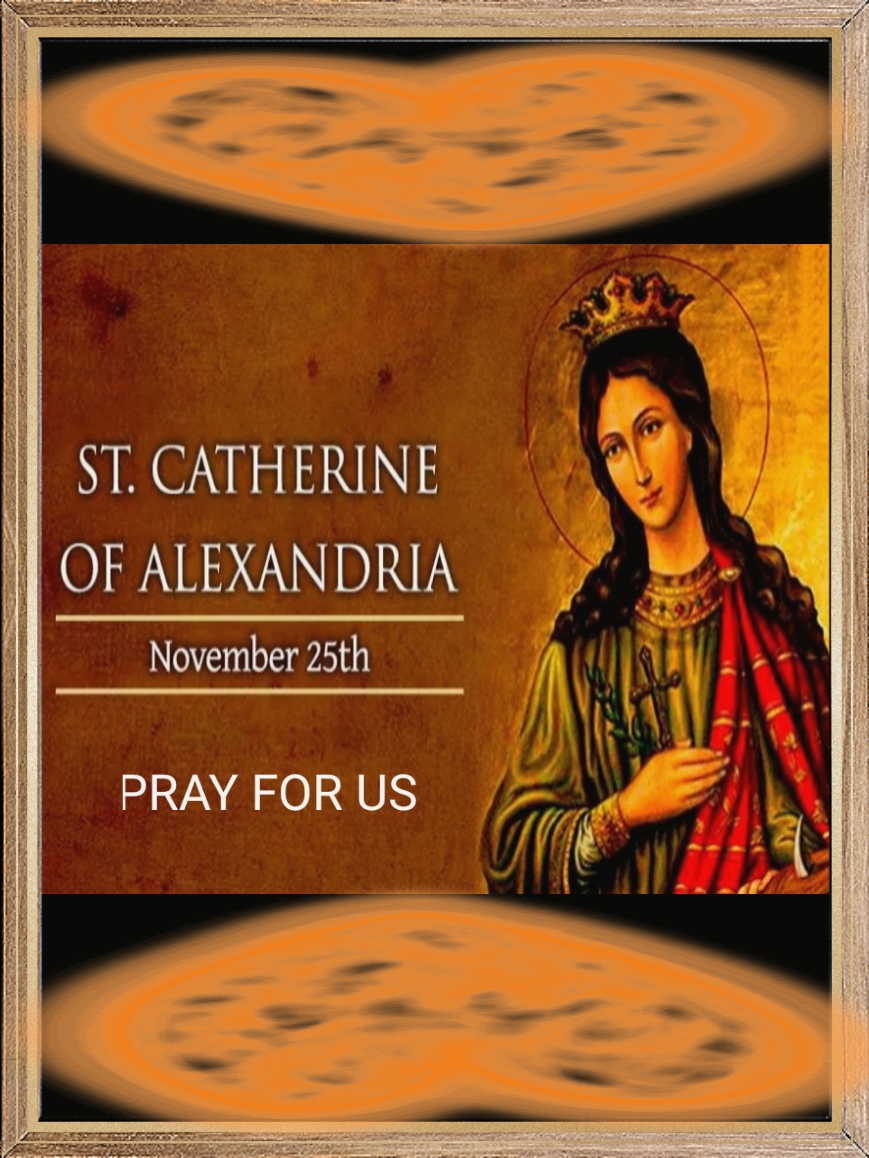 St. Catherine of Alexandria, pray for the youth of our Diocese and inspire them, like you, to love our Lord Jesus. St Catherine, pray for us all. Amen