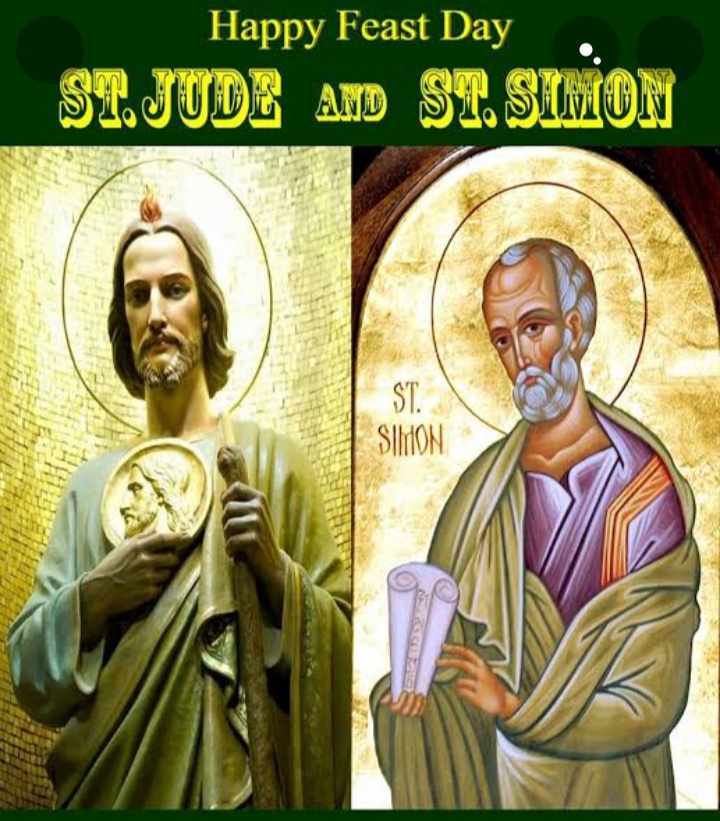 St. Jude Thaddeus and St. Simon, two of the least known Apostles, are paradoxically, among the closest to Jesus their Master, two of his cousins. Jude Thaddeus’ father, Alpheus, is mentioned in Scripture as the brother of St. Joseph, while his mother, Mary Cleophas, was a cousin of the Virgin.

The Gospel names St. Simon as the tenth apostle, just before Jude Thaddeus. Many identify in Simon the cousin of Christ, brother of James the Younger. The Byzantines identify in him Nathanael of Cana and the canteen director at the wedding of Cana, while St. Fortunatus of Poitiers states that Simon and Jude Thaddeus were buried in Suanir, a city in Persia, where they suffered martyrdom. It is almost certainly in this part of the world that Simon, known as the Zealot or the Canaanite, as the evangelists Matthew and Mark call him, crossed paths with Jude Thaddeus, who would be his companion in mission until the end.

When the Eleven dispersed from Jerusalem to proclaim the Kingdom of God in other lands, Jude Thaddeus departed from Galilee and Samaria to go into Syria, Armenia and ancient Persia. In this area, sources claim, he met Simon, and their missionary partnership won tens of thousands of Babylonians and people from other cities for Christ. As always, the Gospel earned for itself both followers and enemies: for the two Apostles, the hour of supreme witness eventually arrived.

The courage to be called Christians,
arrested and taken to the Temple of the Sun, the sentence imposed on both was to worship the goddess Diana, and so to deny Christ. In refusing, it is said that Jude Thaddeus declared pagan idols false, and that at the same time two horrible demons came out of the temple, destroying him. Frightened, the people watching the scene are said to have pounced ferociously on the two Apostles, who were brutally killed. Their relics are kept in the Basilica of Saint Peter. The Apostles laid the foundation for a later generation’s roots of faith.

Saint Jude (or Judas) was often confused with his evil contemporary, Judas Iscariot, who was despised and ignored, and since he shared a name with the good Jude, a tradition gathered over the centuries of petitioning today’s saint only when all other saints had failed to answer one’s prayers. Saint Jude became the Patron Saint of Hopeless Causes, because of the faithful’s reluctance to seek the intercession of one whose misfortune it was to share a name with Christ’s betrayer. Out of confusion or an abundance of caution, Saint Jude thus became a saint of last resort.

Saint Simon the Apostle is called the “Zealot” in Saint Luke’s Gospel. Nothing is known of either of them with any certainty, not even where they evangelized or where they met death. As Apostles, however, we know with certainty that they were key actors in laying the deep foundations of the Church in the rock-solid substrata of the Middle Eastern culture in which they lived. They thus founded a universal family living in one universal household we call the Church. They are Patron Saints of hopeless causes (Jude) and tanners (Simon).

O God, Who, through Thy blessed Apostles Simon and Jude,
hast brought us to the knowledge of Thy name, grant that we may celebrate their everlasting glory by advancing in good works, and that we may advance in good works by celebrating their glory.

Through our Lord Jesus Christ, Who liveth and reigneth with Thee, in the unity of the Holy Spirit, one God, world without end. Amen. 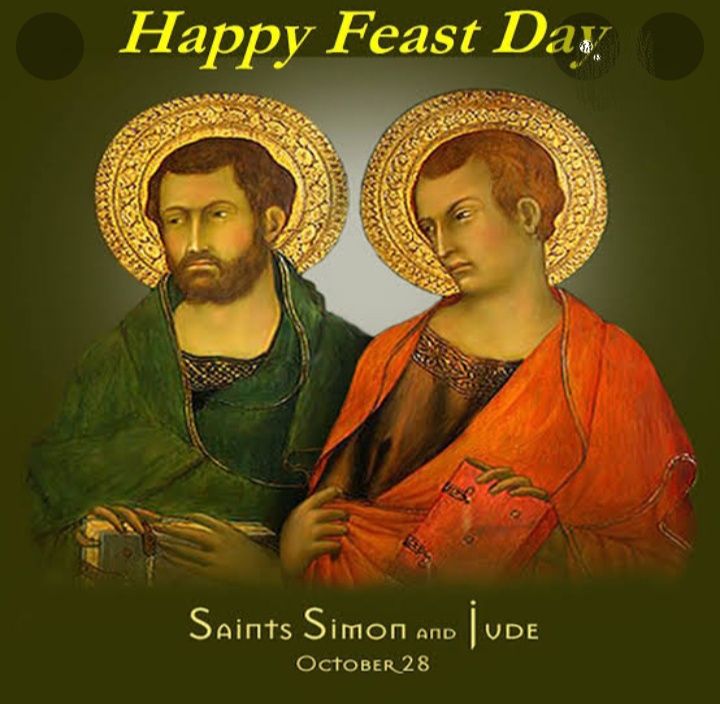 Saints Simon and Jude, we ask for your intercession in heaven, as members of the Twelve Apostles. Approach the Lord Jesus with our needs in your hands. Answer the prayers we present. Fulfill the petitions we seek. Pray for us all!