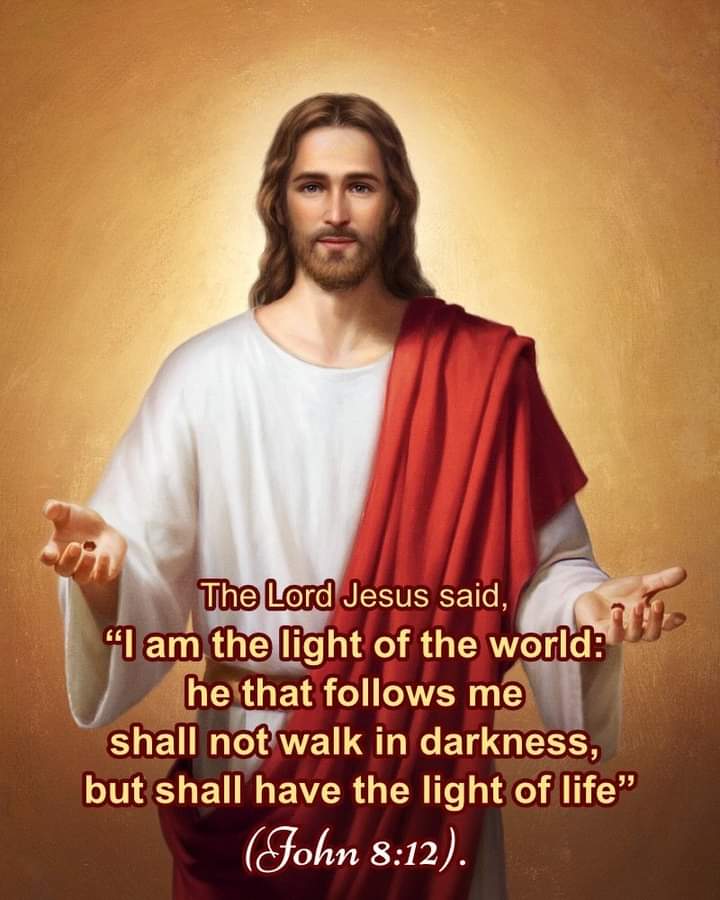 Then Jesus spoke to them again, saying, “I am the light of the world. He who follows Me shall not walk in darkness, but have the light of life”.
John 8:12

God our Father, your first word of creation was, “Let there be Light” and the firmament was bathed in the radiance of pure light, through the Word, Jesus himself, Who later, was incarnated, to come into the world, as man and destroy the darkness of sin and death, revealing Himself as the light of the world. It was prophesied of him, that he should be a light to the Gentiles, and God’s salvation to the ends of the earth.

Light is, in itself, magnificence and pure splendor, even when it is physical light, which is communicative of itself to others, to guide and show the way, to save and safeguard from peril and to prevent the recipient from falling into a ditch. So also is Christ the spiritual light, Who taught and instructed and so awakened the light of your Holy Word, with the power of your Truth. Dwelling in darkness is akin to dwelling in sin and death. If we follow the Light of Truth, Jesus Christ, we are in obedience to God, and shall be chastened, purified and made righteous before God.

We believe that he who follows Christ, who has faith in his doctrine, and who obeys his precepts, living according to his direction and his example, should not be at a loss as to how to guide himself, nor remain in the darkness of sin, ignorance, and spiritual death. But should have that light which bringeth life along with it, and is sufficient to guide a man in all the works of a spiritual life, at last bringing him to life eternal, in Jesus’ Name. Amen