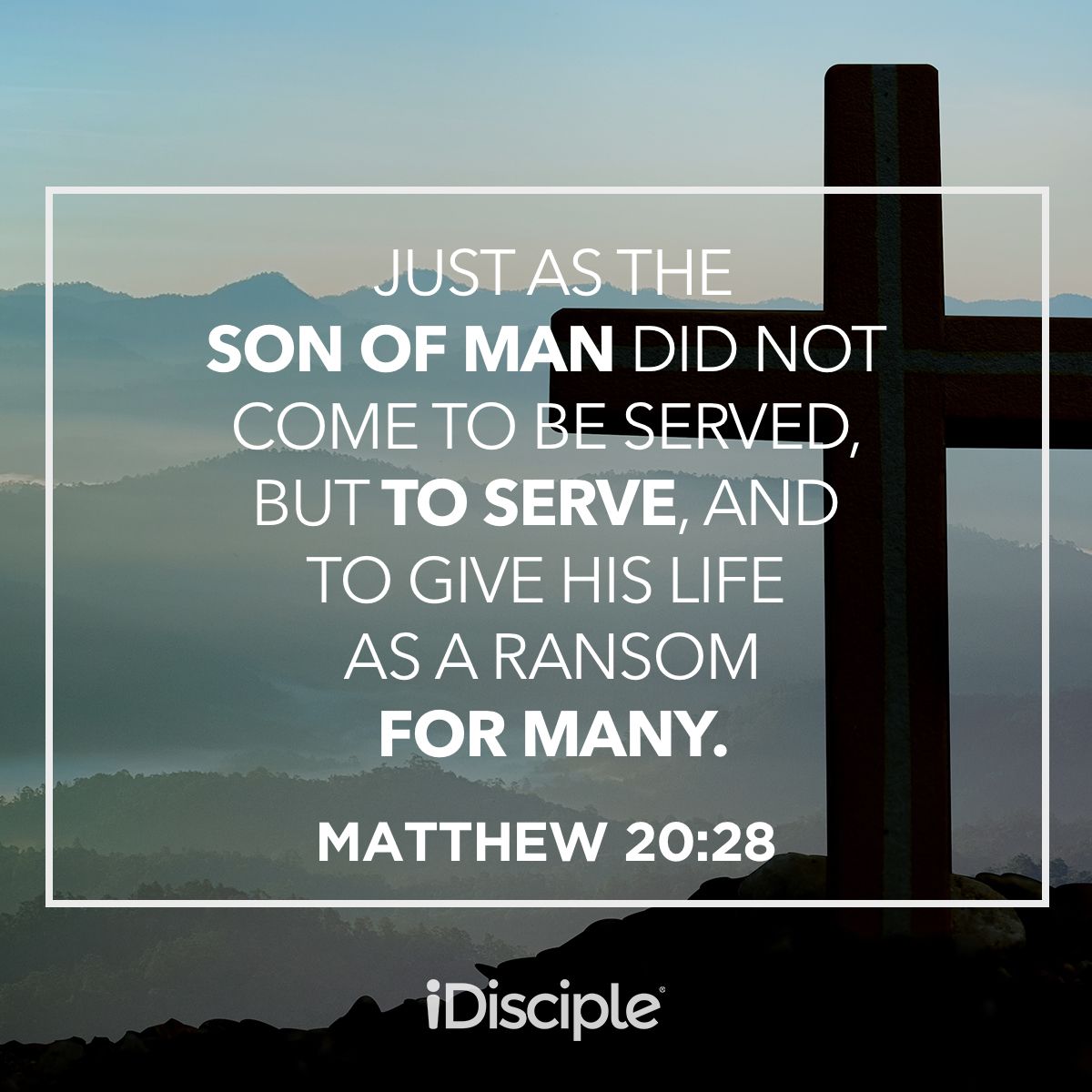 Just so, the Son of Man did not come to be served but to serve and to give his life as a ransom for many.
Matthew 20:28

Heavenly Father, you are a Gracious God, and we glorify your Holy Name. We give you thanks for the humble service for which you sent your beloved Son into the world, not to rule with an iron hand, not to go to battle and win wars and so extend his kingdom, but to be a humble server of men, of sinners, the sick, the poor, the persecuted and tormented. He ministered to people of humble origin, never once expecting them to minister to him, the Son of the Ever-living God.

From the very beginning of his ministry, Jesus explained and revealed your Word, O Lord, fearlessly testifying to you as his Father, Creator of all mankind. To all who were expecting a king and a conqueror, he demonstrated that his kingdom was not of this world, that he had come to sacrifice his life and die for the whole of humanity and that all who wanted entry into the eternal kingdom of heaven, would have to live lives of love and service to their brethren, gaining entry in Jesus’ Name.

By assuming human nature, he manifested, by example, the prophetic and priestly office we would be given to undertake, preaching the Gospel and spreading the good news, to receive the gift of eternal life in the presence of your majesty, procured for us by his own death and resurrection. What he came to ransom was his own sinless life, so that sinful man may receive salvation and eternal life as your children, by your grace. For as many as you Lord gave to him and ordained for eternal life, Jesus
redeemed and restored to you. May we earn salvation to be among the just, in Jesus’ Holy Name. Amen