Prayer on Feast of Saint Mother Teresa of Kolkata 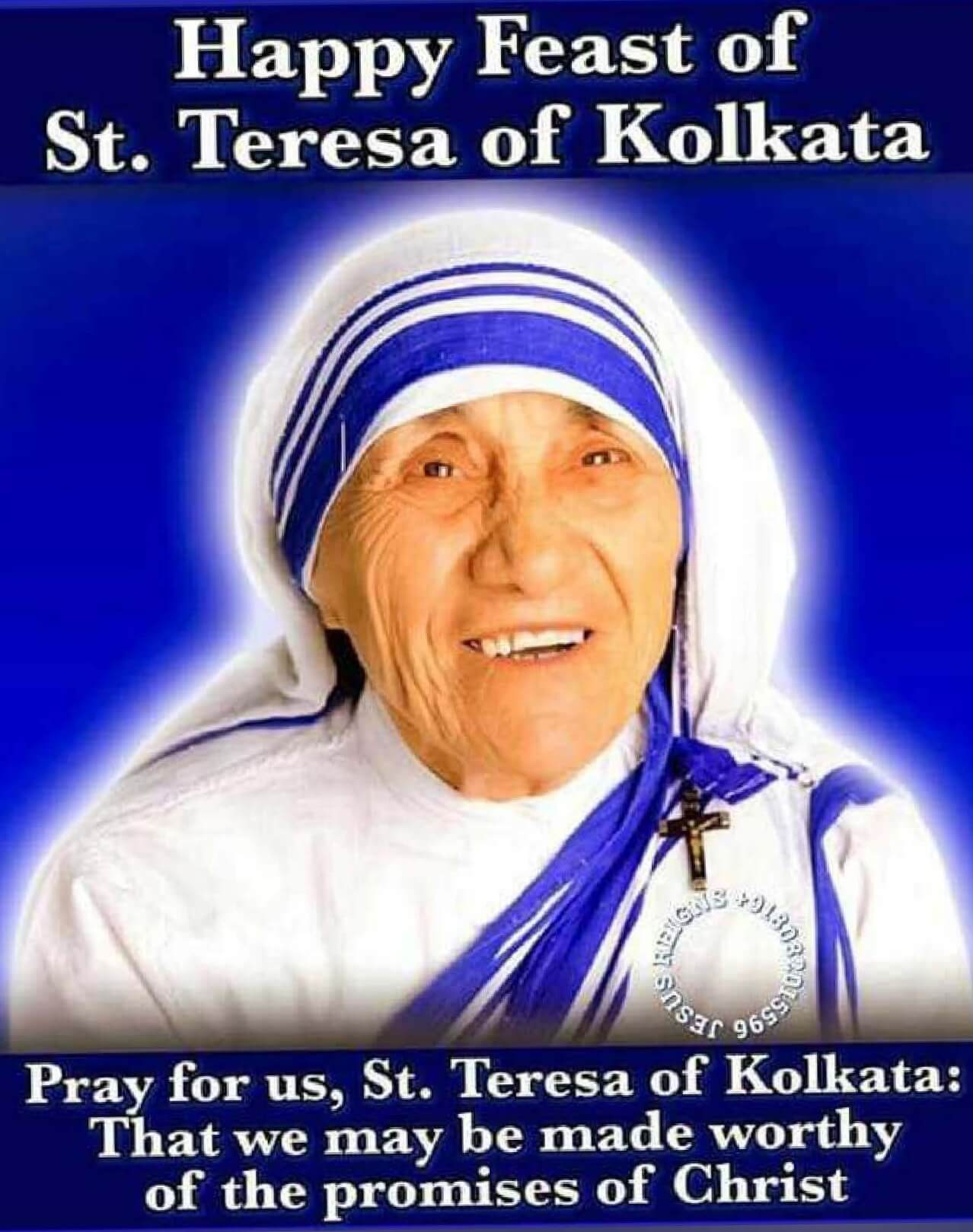 Saint Mother Teresa of Kolkata, at a very tender age you separated from the family you were born into, following the true calling of God to become a missionary. You offered credence to your faith by making effectual this extraordinary ordination from the Supreme authority, God Almighty, embracing in absolute humility and obedience the sparse life of serving the abject poor, needy, afflicted, homeless, destitute and dying souls with loving mercy, kindness and compassion. The lepers and those suffering from AIDS, who were shunned by their families and lay lonely and deserted were given protection, provision, dignified lives and solicitude until death claimed them. You became one among them, showing no distinction of caste, color or race and fiercely and fearlessly tending and rendering service to them, resolutely and with quiet grace accepting both bouquets and brickbats, your fragile, frail frame unflinchingly accepting your cross in perfect imitation of your Lord and Savior Jesus Christ. With your special team of Missionaries of Charity, your combined works of piety gained recognition and acclaim throughout the world, and your legacy is being carried forward as an inheritance for all time. You were a living saint and have been rightly honored by canonisation to sainthood after you left this earth, leaving your suffering brethren bereft of your presence but enriched by the privilege of the company and care of a saint. The heavens resound today with echoes of celebration, commemorating your entry into its realms, while we join their voices in songs of praise and honor of a true disciple of Christ, with characteristic simplicity following religiously in his footsteps. Obtain for us the strength to bear our crosses, dear Mother, as you repose in your privileged and rightly earned heavenly abode, in Jesus’ Name. Amen