SOLEMNITY OF THE ASSUMPTION OF OUR LADY-15th AUGUST 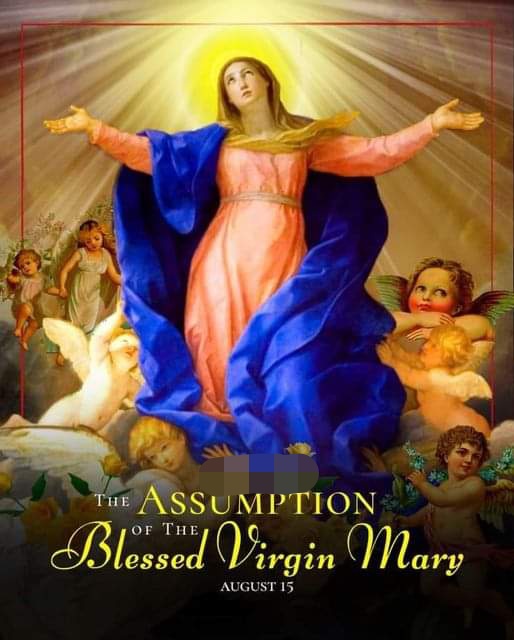 SOLEMNITY OF THE ASSUMPTION OF OUR LADY – 15th AUGUST 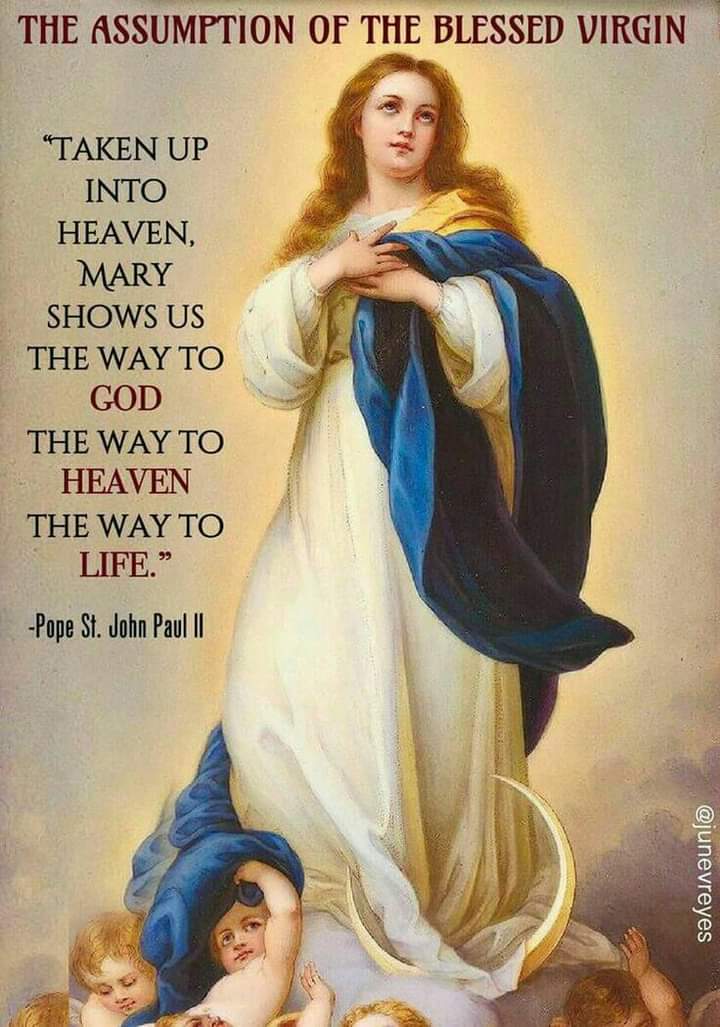 The Assumption of Mary is one of the four Marian dogmas of the Catholic Church. (The word ‘assumption’ derives from the Latin word assūmptiō meaning “taking up”). Pope Pius XII defined it in 1950 in his apostolic constitution Munificentissimus Deus as follows:

We proclaim and define it to be a dogma revealed by God that the Immaculate Mother of God, Mary ever virgin, when the course of her earthly life was finished, was taken up body and soul into the glory of heaven.

The declaration was built upon the 1854 dogma of the Immaculate Conception of Mary, which declared that Mary was conceived free from original sin, and both have their foundation in the concept of Mary as the Mother of God. It leaves open the question of whether Mary died or whether she was raised to eternal life without bodily death.

The equivalent belief (but not held as dogma) in the Eastern Orthodox Church is the Dormition of the Mother of God or the “Falling Asleep of the Mother of God”. The Catholic Church has two different traditions concerning the assumption/dormition of Mary: in the first, she rose from the dead after a brief period and then ascended into heaven; in the second, she was “assumed” bodily into heaven before she died. 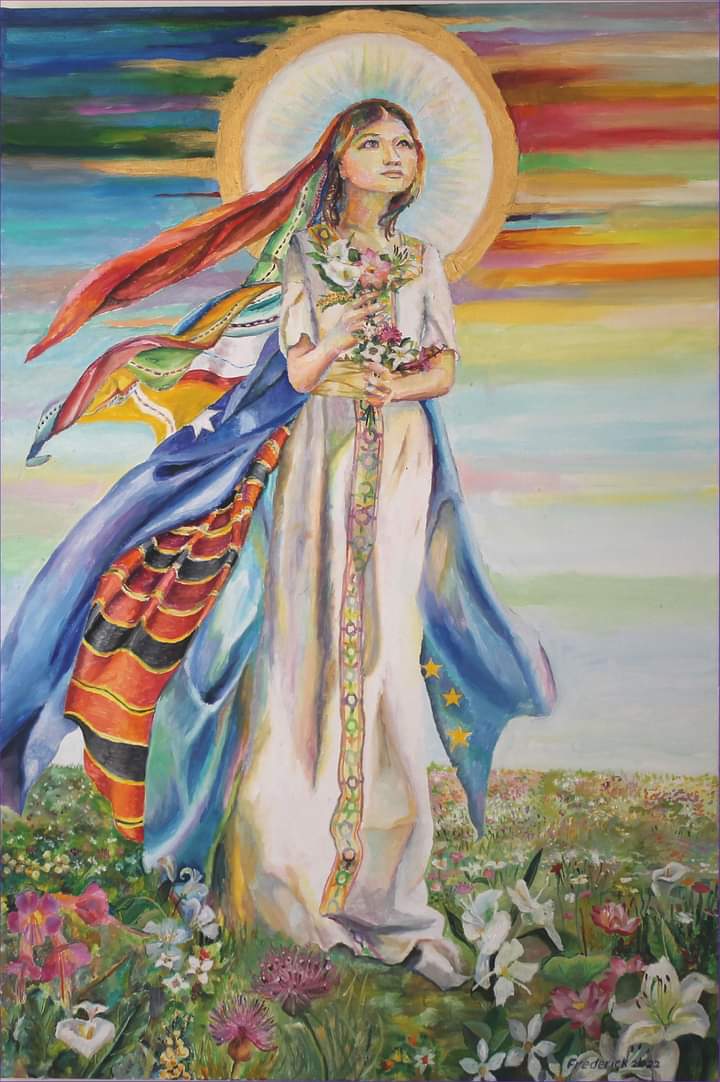 In some versions of the story, the assumption is said to have taken place in Ephesus, in the House of the Virgin Mary. This is a much more recent and localized tradition. The earliest traditions say that Mary’s life ended in Jerusalem (see “Mary’s Tomb”). By the 7th century, a variation emerged, according to which one of the apostles, often identified as Thomas the Apostle, was not present at the death of Mary but his late arrival precipitates a reopening of Mary’s tomb, which is found to be empty except for her grave clothes.

In a later tradition, Mary drops her girdle down to the apostle from heaven as testament to the event. This incident is depicted in many later paintings of the Assumption. Teaching of the Assumption of Mary became widespread across the Christian world, having been celebrated as early as the 5th century and having been established in the East by Emperor Maurice around AD 600. John Damascene records the following:

St. Juvenal, Bishop of Jerusalem, at the Council of Chalcedon (451), made known to the Emperor Marcian and Pulcheria, who wished to possess the body of the Mother of God, that Mary died in the presence of all the Apostles, but that her tomb, when opened upon the request of St. Thomas, was found empty; wherefrom the Apostles concluded that the body was taken up to heaven. 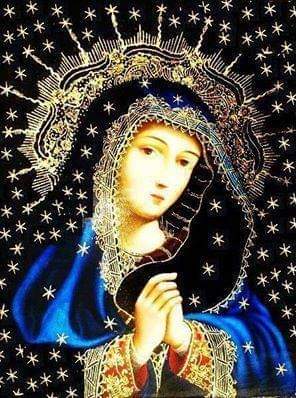 Pope Pius XII defined the Assumption of Mary to be a dogma and he proclaimed this dogma only after a broad consultation of bishops, theologians and laity. There were few dissenting voices. What the pope solemnly declared was already a common belief in the Catholic Church.

We find homilies on the Assumption going back to the sixth century. In the following centuries, the Eastern Churches held steadily to the doctrine, but some authors in the West were hesitant. However by the 13th century there was universal agreement. The feast was celebrated under various names—Commemoration, Dormition, Passing, Assumption—from at least the fifth or sixth century. Today it is celebrated as a solemnity.

Scripture does not give an account of Mary’s assumption into heaven. Nevertheless, Revelation 12 speaks of a woman who is caught up in the battle between good and evil. Many see this woman as God’s people. Since Mary best embodies the people of both Old and New Testaments, her assumption can be seen as an exemplification of the woman’s victory.

Furthermore, in 1 Corinthians 15:20, Paul speaks of Christ’s resurrection as the first fruits of those who have fallen asleep. Since Mary is closely associated with all the mysteries of Jesus’ life, it is not surprising that the Holy Spirit has led the Church to believe in Mary’s share in his glorification. So close was she to Jesus on earth, she must be with him body and soul in heaven. 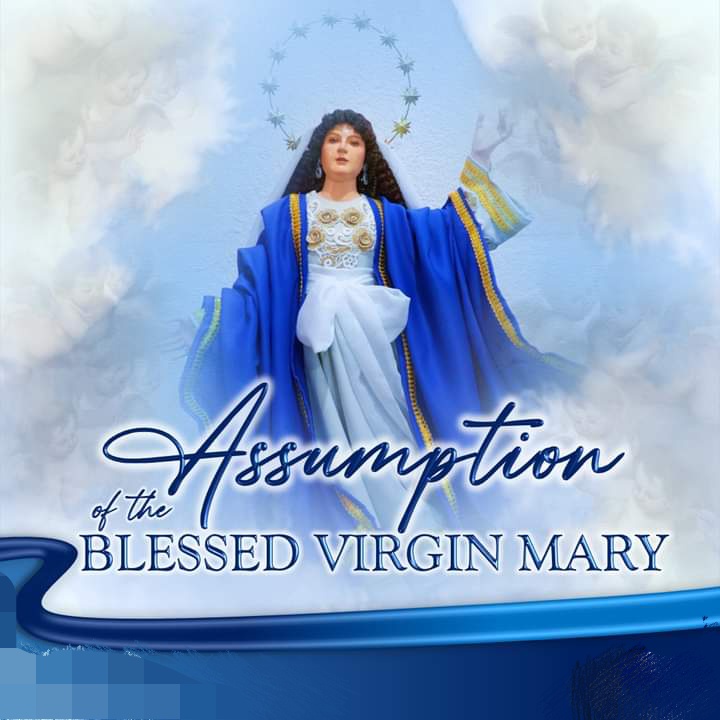 PRAYER ON THE SOLEMNITY OF THE ASSUMPTION OF OUR LADY – 15 AUGUST.

Mary our Mother, Perpetual Virgin, by your perfect obedience to God’s predestined plan for humanity, you were afforded the extraordinary blessing and mission of exemption from the stain of original sin and the offering of the purity of your womb as a fitting dwelling for the divine Son of God to assume flesh and come amongst us as the Son of Man.

Your affirmation heralded the beginning of eternal salvation purposed by God in his infinite love for his creation. You made possible for us our new birth in the Holy Spirit, readying us for redemption. God’s Holy Spirit was initially made manifest by his overshadowing Power in your conception, making you the Ark of the new Covenant, housing the God of our salvation.

You personify the ultimate Mother, of God and of man and the perfect example of love, humility, obedience, suffering and sacrifice. God has, by divine sanction offered a fitting tribute to you, his earthly mother, by the assumption of your incorruptible body and soul to the heavenly realms to dwell in perennial glory as Mother of God and the Queen of Heaven. Gentle Mother, our Mediatrix, pray for us all and obtain for us our petitions made in Jesus’ Name. Amen 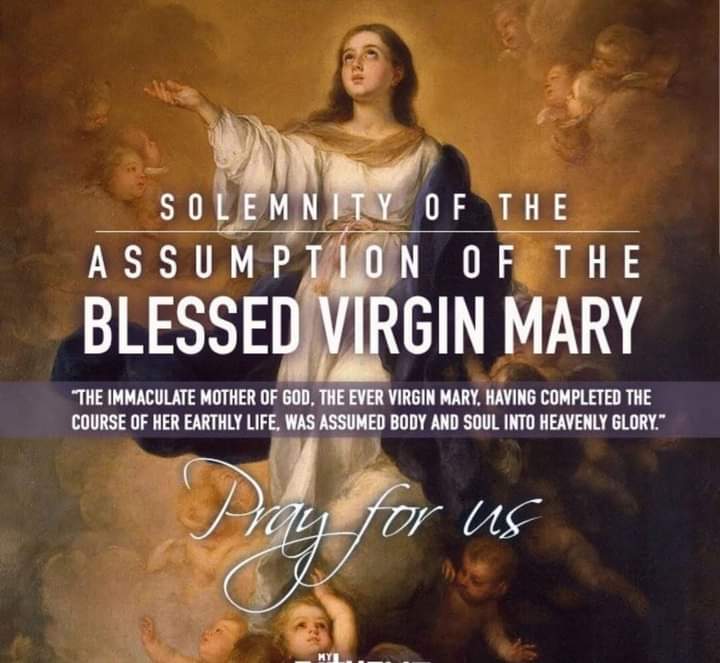