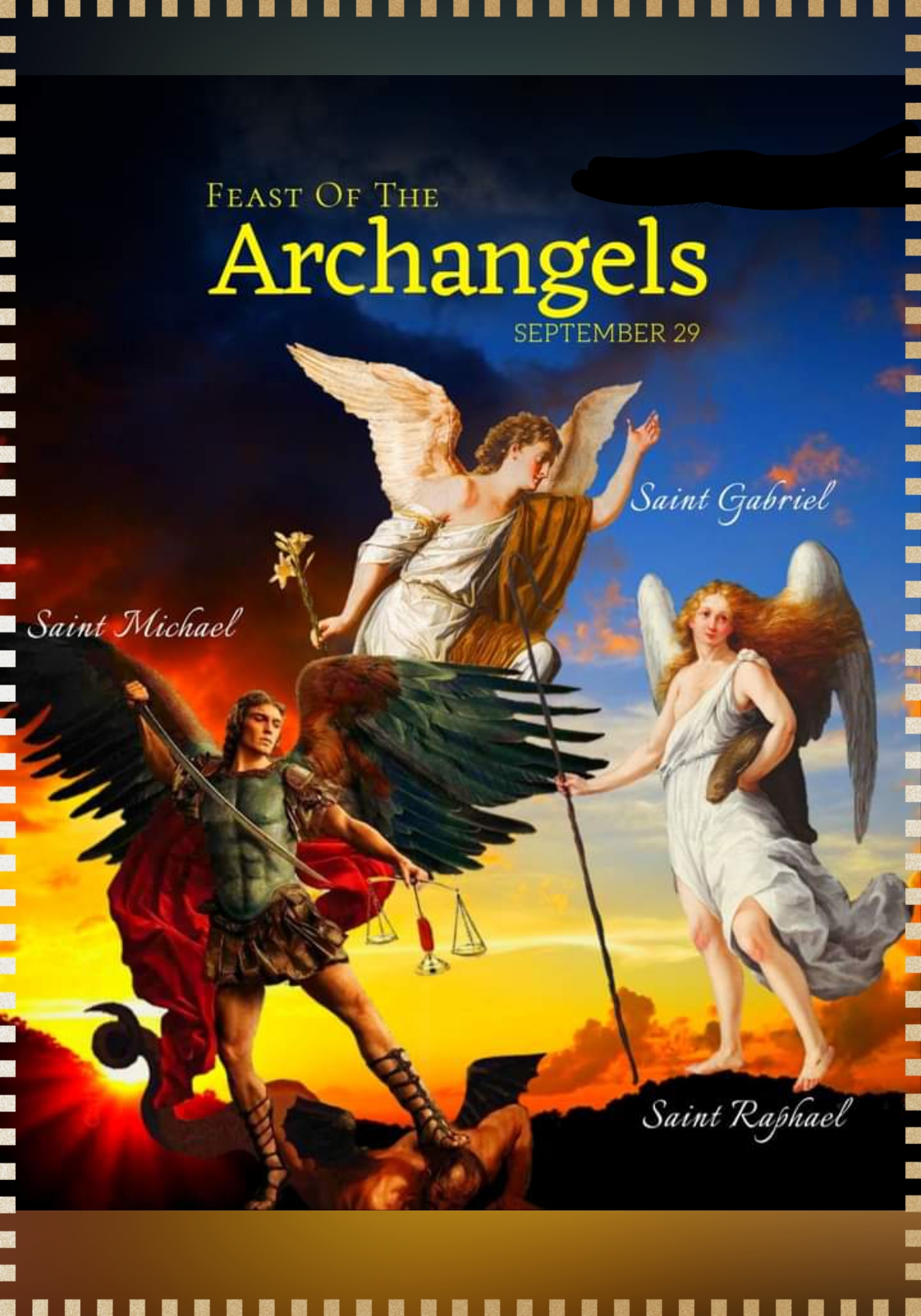 Michaelmas, also known as the Feast of Saints Michael, Gabriel, and Raphael, the Feast of the Archangels, or the Feast of Saint Michael and All Angels) is a Christian festival observed in some Western liturgical calendars on 29 September. Michaelmas has been one of the four quarter days of the financial, judicial, and academic year.

The Catholic Church confirms the existence of angels, and that they are active in our lives. So, what is an angel? What is an archangel? And what makes them so special?

The Catechism states, “The existence of the spiritual, non-corporeal beings that Sacred Scripture usually calls ‘angels’ is a truth of faith,” (Catechism of the Catholic Church, paragraph 328). The word, “angel,” comes from the Greek word, “aggelos,” which means, “messenger.” The Bible recognizes, “nine choirs” of angels. Each choir has a name and a purpose. 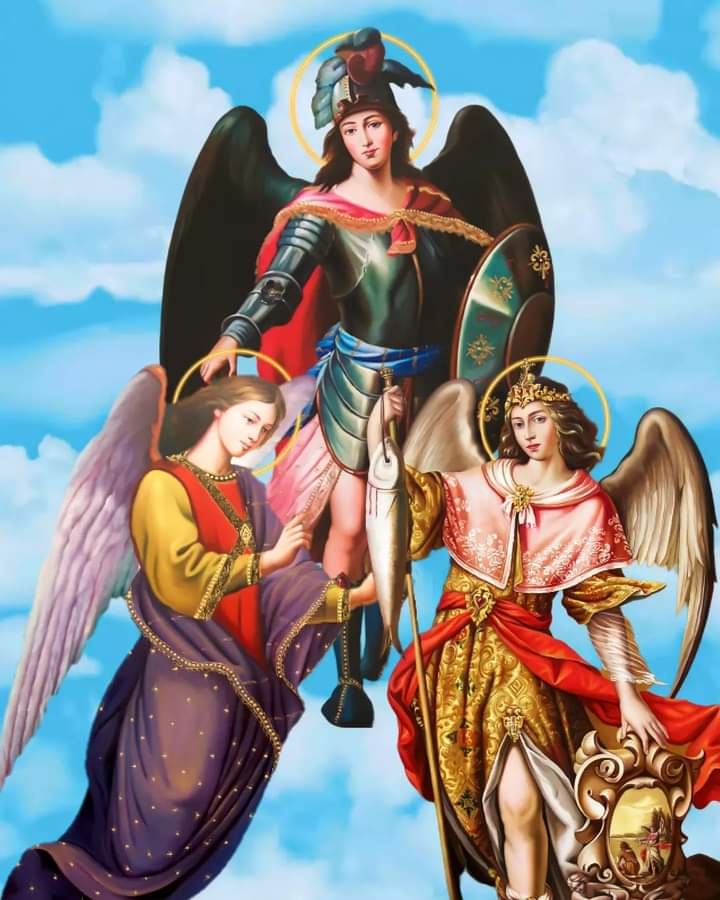 The Bible also mentions archangels. Archangels are recognized as leaders, and they are entrusted by God with special duties. The Bible and the Church recognizes seven archangels, although just three are known by name, Michael, Gabriel, and Raphael.

The name Michael means “one who is like God.” His will is focused, immovable, and entirely driven toward accomplishing goodness; he is the protector of souls and wields his powerful sword against the poisonous and indictive aspirations of the devil who Jesus calls a “murderer from the beginning” and the “father of lies” (John 8:44). St. Michael the Archangel visited three children at Fatima, Lucia, Francisco and Jacinta in 1917 to prepare them for the work of the Blessed Virgin.

St. Michael the Archangel said to them, “Fear not. I am the Angel of Peace. Pray with me.” Then he prostrated himself and repeated three times: “My God; I believe, I adore, I hope, and I love Thee! I beg Thee forgiveness for those who do not believe, do not adore, do not hope, and do not love Thee!” During a visit to the Sanctuary of Saint Michael the Archangel, Pope John Paul II said, “The battle against the devil . . . is the principal task of Saint Michael the archangel.” 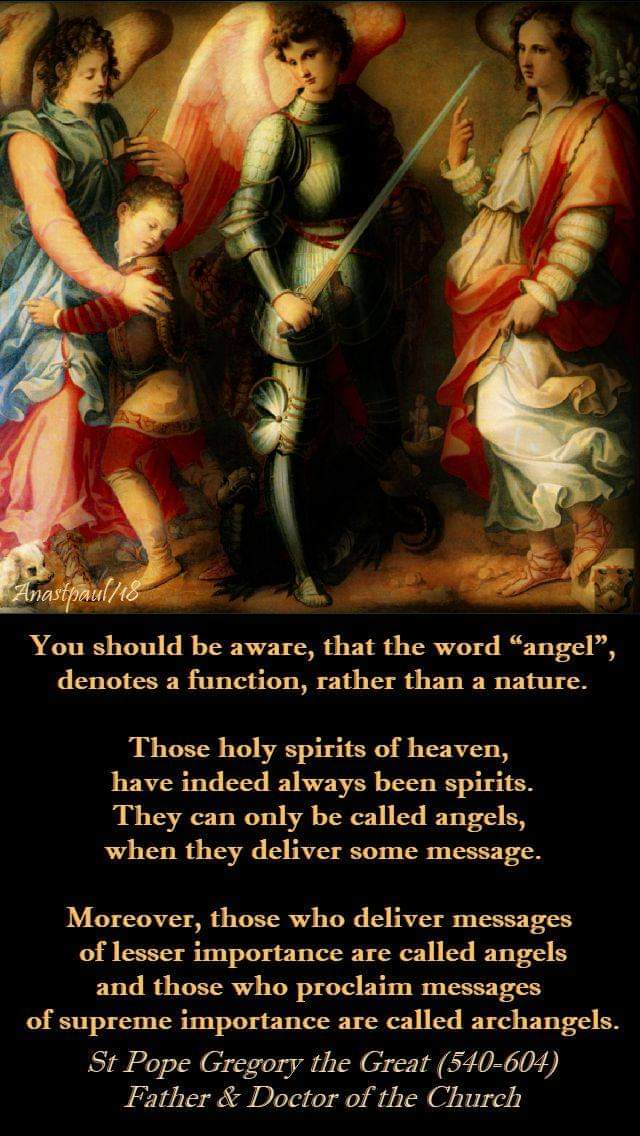 Scripture narrates the same truth: “Then war broke out in heaven; Michael and his angels battled against the dragon. Although the dragon and his angels fought back, they were overpowered and lost their place in heaven. The huge dragon, the ancient serpent known as the devil or Satan, the seducer of the whole world, was driven out; he was hurled down to earth and his minions with him” (Revelation 12:7-9).

Gabriel means “God is my strength”. He was sent from God to Nazareth, “to a virgin betrothed to a man named Joseph, . . . and the virgin’s name was Mary. And coming to her, he said, “Hail, favored one! The Lord is with you” (Luke 1:27-28). Pope St. Gregory the Great wrote: “He came to announce the One who appeared as a humble man to quell the cosmic powers. Thus, God’s strength announced the coming of the Lord of the heavenly powers, mighty in battle” (excerpt from Homily 34, 8-9).

Raphael means “God is my health”. He is one of seven angels “who enter and serve before the Glory of the Lord” (Tobit 12:15). The meaning of Raphael’s name reflects the fact that he touched Tobit’s eyes in order to heal them of blindness. 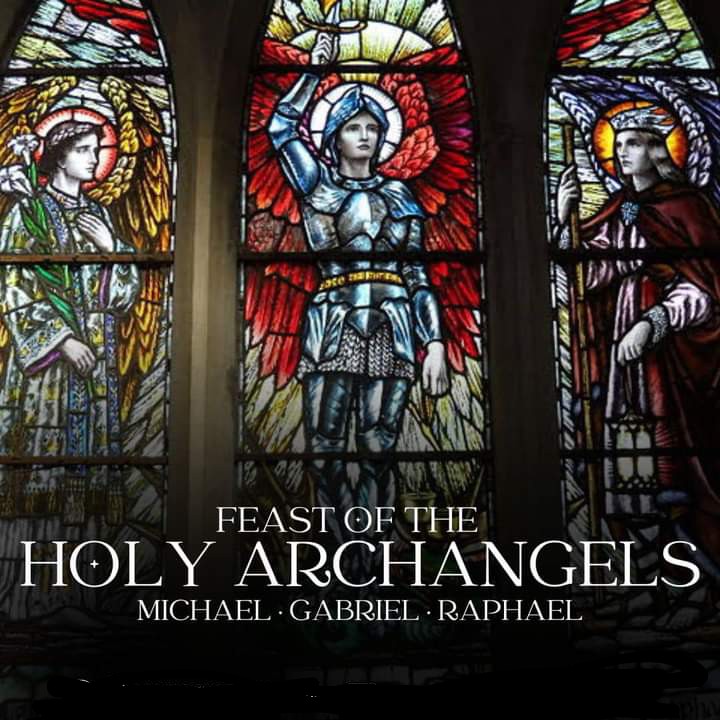 The Catechism teaches in reference to the angels’ office: “With their whole beings the angels are servants and messengers of God. Because they always behold the face of my Father who is in heaven’ they are the mighty ones who do his word, hearkening to the voice of his word'” (Catechism of the Catholic Church 329; Mt 18:10).

The angels are truly beautiful. As we reflect upon them, we are drawn toward a deeper and clearer understanding of God’s love for man; for billions of angels, to be sure, are given the personal charge of looking after God’s children as their guardian angels. 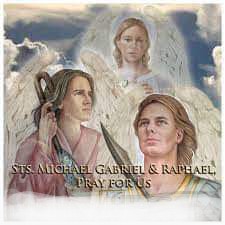 Every moment of each day, day after day, year after year, our faithful guardian angels stand at our side, focused on our well-being with far greater power and intensity than we ourselves can summon, since the strength of their angelic will is far greater than ours. Let us thank God each day for their protection and guidance, giving to us great advantage here below, for they see the reality of our life in clarity, which is something we often fail to do.

God has commended to each of us an angel for our very own. What love has God for his children, for those he has created in the image of his incarnate Son!

PRAYER ON THE FEAST OF THE ARCHANGELS

Oh Heavenly Father, you have given us the powerful Archangels St Michael, St Gabriel and St Raphael, to assist us during our pilgrimage on earth.

Your celestial messengers, the archangels fought against Satan and all his evil angels, defending all your chosen ones. St Michael, the protector of all humanity, has saved us and protected us from the snares of the devil. 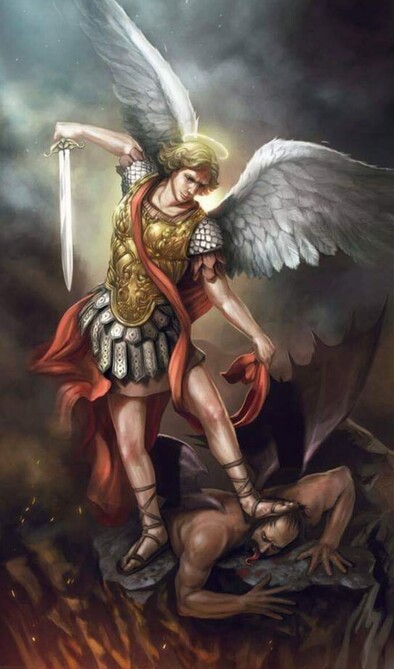 St Gabriel announced to Zachariah the forthcoming birth of John the Baptist, and to Mary, the birth of Jesus. His greeting to the Virgin, “Hail, full of grace,” is how we venerate the Virgin Mother even today.

St Raphael is the archangel who took care of Tobias on his journey and aids in healing and recovery of our bodies and spirits.

On this day, when we celebrate the feast of these pure, spiritual and immortal beings, the highest in the order of the multitude of angels, we implore Saint Michael our protector; to aid and fight for all our loved ones, and protect us from danger. 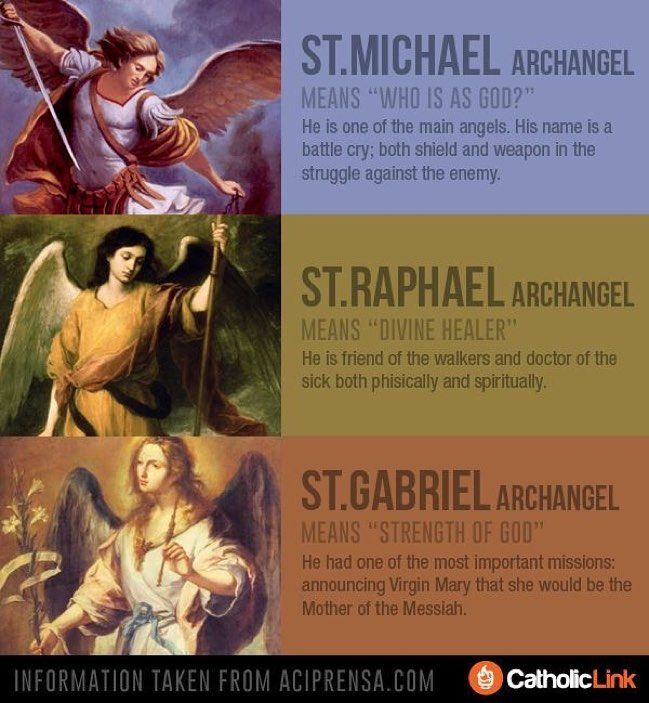 We pray to Saint Gabriel, the messenger of the Good News, to help us clearly hear Your voice and to teach us the truth. Saint Raphael, the healing angel, we ask to lift up our petitions for healing to Your throne of grace and deliver back to us the gift of recovery.

Help us, O Lord, to realize more fully the reality of the powerful Archangels and their desire to serve us.

Holy Archangels, St Michael, St Gabriel and St Raphael, surround us with your protection and pray for our special needs as we journey towards the heavenly Kingdom which is filled with the voices of praise and worship of our Glorious God by the vast choirs of angels.
Amen 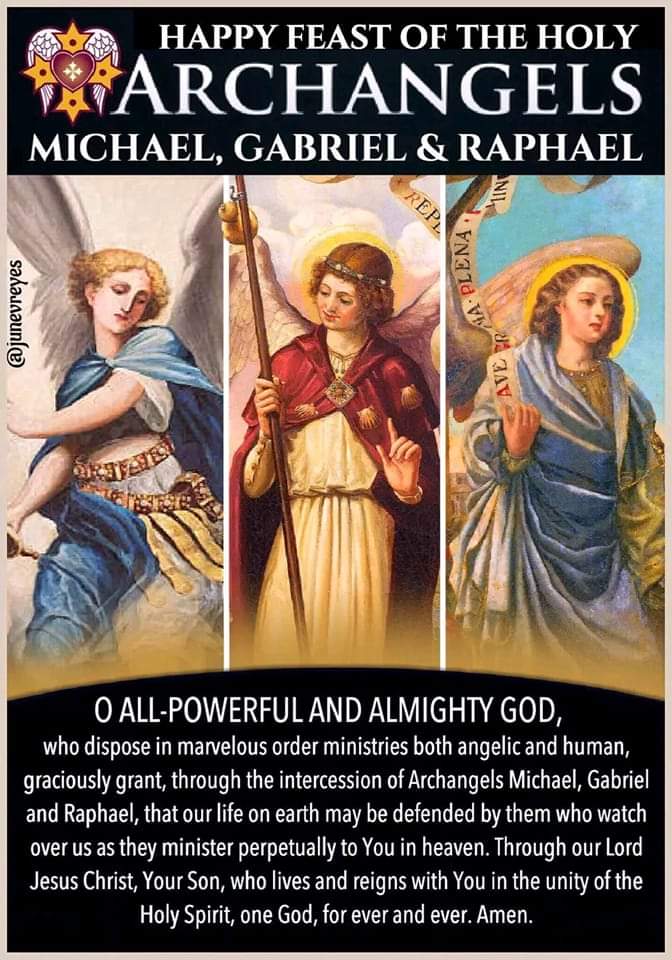