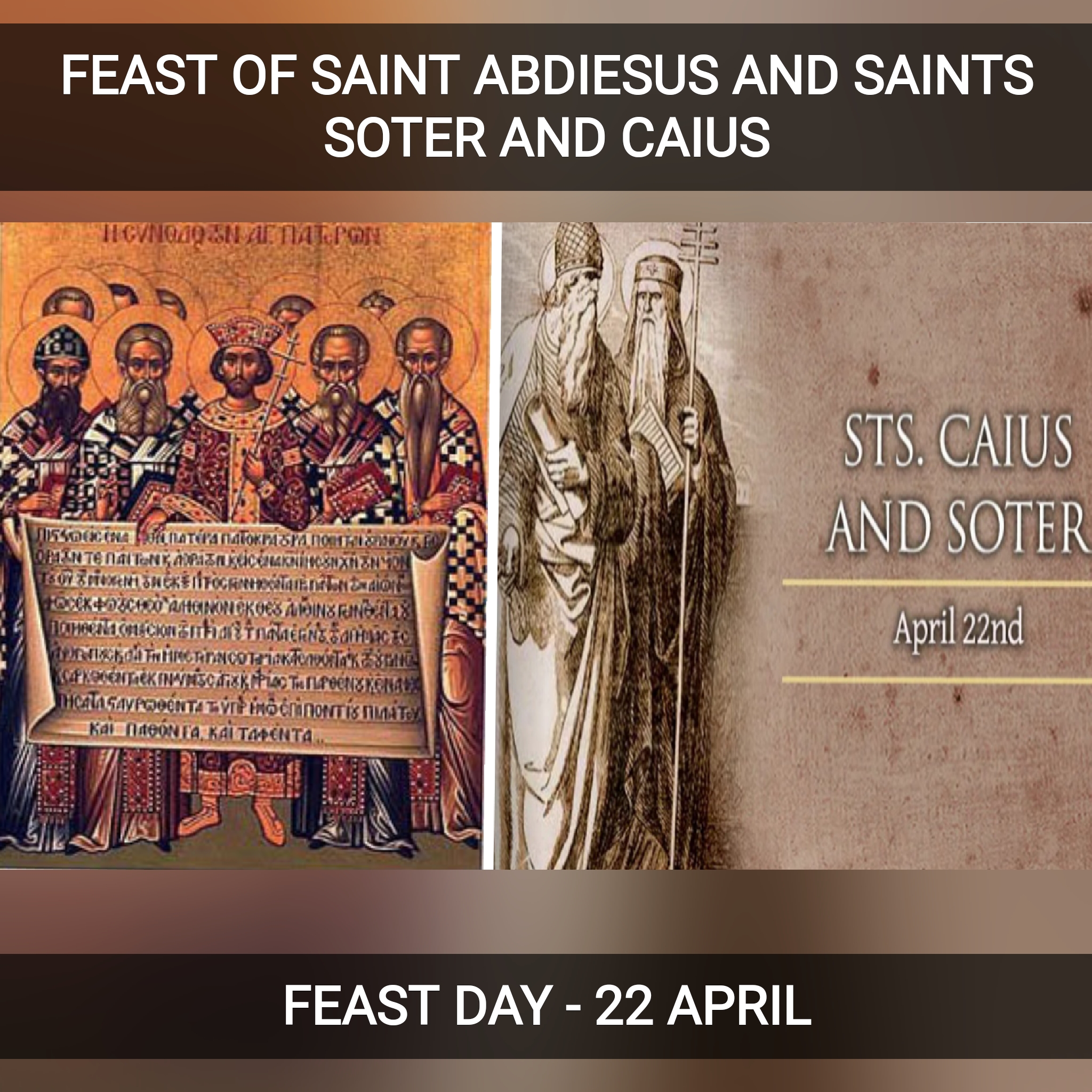 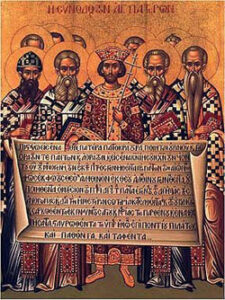 Saint Abdiesus (also known as Saint Abdiesus the Deacon or Hebed Jesus) was one of the Martyrs of Persia under Shapur II. Roman Catholic Tradition states that Saint Abdiesus was a Deacon serving in Persia during the time of the persecutions of Shapur II. He was also accompanied in his martyrdom by Abrosimus, Acepsimus, Azadanes, Azades, Bicor, Mareas, Milles, and a woman named Tarbula.

Also called Hebed Jesus, records indicate that Abdiesus was martyred with some who were Persian courtiers, others priests and bishops. Tarbula was the sister of St. Simeon, and suffered a particularly cruel death by sawing. Saint Abdiesus has been venerated since the pre-Congregational era.

Roman Catholic Martyrology styles Saint Abdiesus as ‘Saint Abdiesus the Deacon’ as not to confuse him with another martyr of the same name ‘Abdiesus’, who served as the Bishop of Cashcar. In Persian – Iranian, Arabic and Latin, the meaning of the name Abdiesus is ‘one who serves Jesus’. Saint Abdiesus was martyred in the year 342, and his feast day is April 22.

Eternal Father, you granted to your Church the light of redemption, by wreathing blessed Abdiesus with the glorious triumph of martyrdom, graciously grant that, as he emulated the Lord’s Passion, so we may, by following his example, be worthy to obtain the grace of eternal salvation. 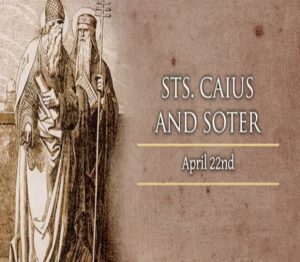 St. Soter was born in Fundi, in Italy. The date of his birth is unknown but we know that he was Pope for eight years from 166 until his death in 174. Soter’s papacy was an example of what seems to have been the remarkable tradition of generosity exercised by the bishop of Rome.

This tradition and Soter´s personal charity and paternal love for his universal flock can be evidenced from a letter to Pope Soter by Bishop St. Dionysus of Corinth, quoted in the 4th century “Ecclesiastical History of Eusebius”

“This has been your custom from the beginning, to do good in manifold ways to all Christians, and to send contributions to the many churches in every city, in some places relieving the poverty of the needy and ministering to the Christians in the mines, by the contribution which you have sent from the beginning, preserving the ancestral custom of the Romans, true Romans as you are.

Your blessed bishop Soter has not only carried on the habit but has even increased it, by administering the bounty distributed to the saints and by exhorting with his blessed words the brethren who come to Rome, as a loving father would his children.” (IV, XXIII, 9- 15)

In the same letter of Dionysus we learn that Pope Soter had written a letter to the Corinthians which was read in the Church alongside the epistle of St. Clement and was held in high esteem.

Though his kindness extended to all persons, he was a fierce opponent of heresy, having been said to have written an encyclical against Montanism – the teachings of a heretical sect which believed that a Christian who had sinned gravely could never be redeemed.

Pope St. Caius reigned for 13 years from 283 until his death in 296 just before the Diocletian persecution. He was a relative of the Emperor Diocletian – instigator of one of the last great persecution of Christians in the early years of the Church.

So that he might live to serve the faithful, he remained in concealment a long time and would not leave Rome. Ordinarily it was in the catacombs that he hid, and there he celebrated the holy mysteries and instructed many pagans. It was Pope Caius who decreed that the following steps must precede consecration to the episcopate: porter, lector, exorcist, acolyte, subdeacon, deacon, and priest.

He died a natural death and was buried in the catacomb of Callistus on April 22. St. Susanna was his niece. Pope Urban VIII revived his memory in Rome by restoring his church, naming him as its patron saint, raising it to the rank of a station, and enriching it with the saint’s relics.

Both St. Soter and St. Caius are buried in the cemetery of St. Calixtus and are venerated on the date of the death of Pope St. Caius.

O God, who to pasture your people filled the Bishops blessed Soter and Caius with a spirit of truth and of love, grant that, as we celebrate their feast day with honor, we may benefit by imitating them and be given relief through their intercession.