FEAST OF SAINT AUGUSTINE OF CANTERBURY, BISHOP – 27th MAY 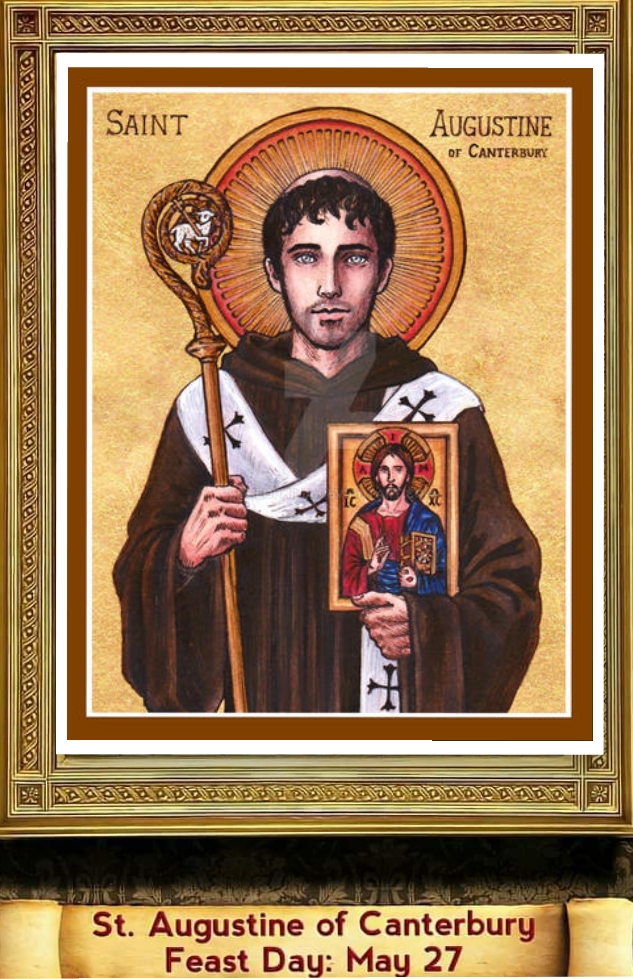 Augustine of Canterbury (early 6th century – probably 26 May 604) was a monk who became the first Archbishop of Canterbury in the year 597. He is considered the “Apostle to the English” and a founder of the English Church.

Augustine was the prior of a monastery in Rome when Pope Gregory the Great chose him in 595 to lead a mission, usually known as the Gregorian mission, to Britain to Christianize King Æthelberht and his Kingdom of Kent from Anglo-Saxon paganism. Kent was probably chosen because Æthelberht had married a Christian princess, Bertha, daughter of Charibert I the King of Paris.

Before reaching Kent, the missionaries had considered turning back, but Gregory urged them on, and in 597, Augustine landed on the Isle of Thanet and proceeded to Æthelberht’s main town of Canterbury. King Æthelberht converted to Christianity and allowed the missionaries to preach freely, giving them land to found a monastery outside the city walls.

Augustine was consecrated as a bishop and converted many of the king’s subjects, including thousands during a mass baptism on Christmas Day in 597. Pope Gregory sent more missionaries in 601, along with encouraging letters and gifts for the churches, although attempts to persuade the native British bishops to submit to Augustine’s authority failed.

Roman bishops were established at London, and Rochester in 604, and a school was founded to train Anglo-Saxon priests and missionaries. Augustine also arranged the consecration of his successor, Laurence of Canterbury. The archbishop probably died in 604 and was soon revered as a saint. 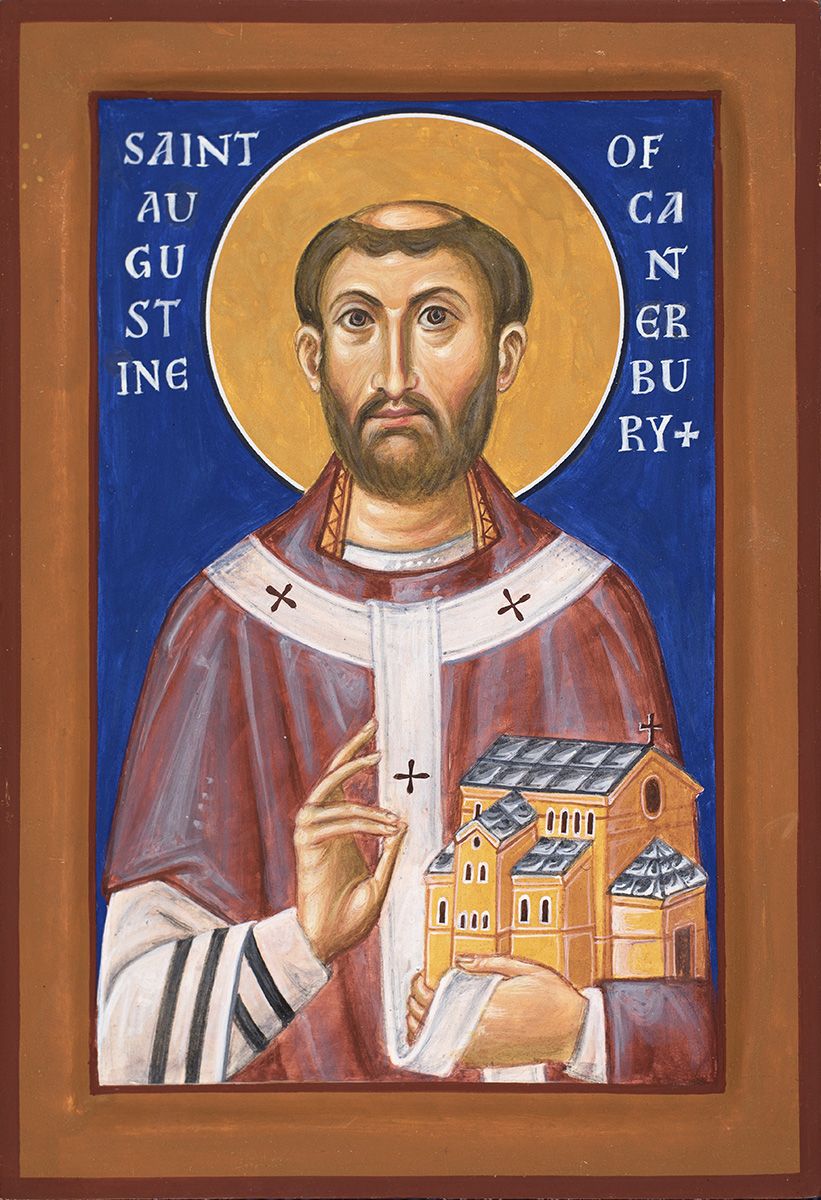 Saint Augustine of Canterbury was born in an unknown year about a century after his Christian namesake’s death in 430 A.D. in North Africa. He also conquered a king, like his secular namesake, but not for his own glory. Saint Augustine of Canterbury is called the Apostle to the English (not to the British.) The history is complex. Christianity was deeply rooted in Roman Britain.

Christianity was relegated to the margins of the British Isles, surviving in remote regions and in an extensive network of monasteries, not parishes or dioceses, under the wise tutelage of Irish monks. This two hundred year British-Irish hibernation of Catholicism was aroused from its sleep when, in 595 A.D., Pope Saint Gregory the Great had a plan. The goal? Convert King Ethelbert. Why? Because he was an Anglo-Saxon pagan. The hope? His wife was Catholic. The means? A large missionary train. The man for the job? Saint Augustine.

Our saint, an educated Benedictine monk from Rome, headed a large team that struggled through France on horseback, crossed the English Channel in simple boats, and finally walked to Ethelbert’s seat of power in Canterbury. The King of all Kent heard the missionaries and…converted to Catholicism! And then all his subjects converted as well in mass baptisms. The plan worked. Mission accomplished!

More missionaries followed. Schools were established. Monasteries were founded. Bishops were appointed. Priests were ordained. Parishes were opened. Rough Anglo-Saxon England put on the yoke of Christ and the lovely, rolling, deep green countryside of England became Mary’s dowry. Nothing is known of the life of Saint Augustine before 595 A.D. He is famous because he was a missionary monk and later bishop.

His life and his mission are indistinguishable. He accepted a dare from the Pope and did the impossible. He was himself the foundation stone upon which a Catholic nation built its house of faith for almost a millennium.

Saint Augustine, your long years of prayer, asceticism, and reading as a monk prepared you for greater things. May all who seek your intercession prepare themselves in times of quiet for future challenges. May all missionaries be as daring as you in fulfilling what is asked of them. 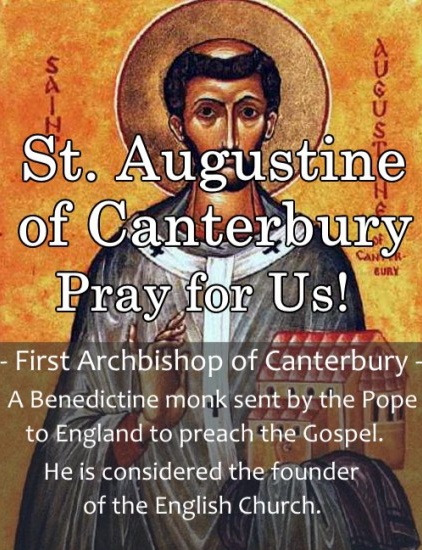 Saint Augustine of Canterbury, pray for us.