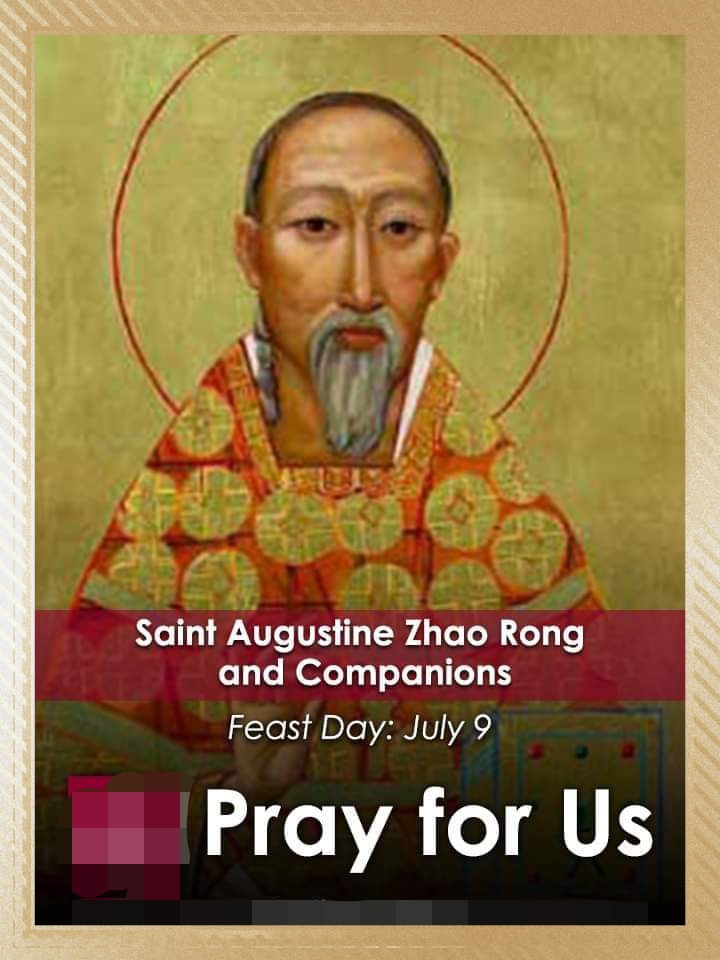 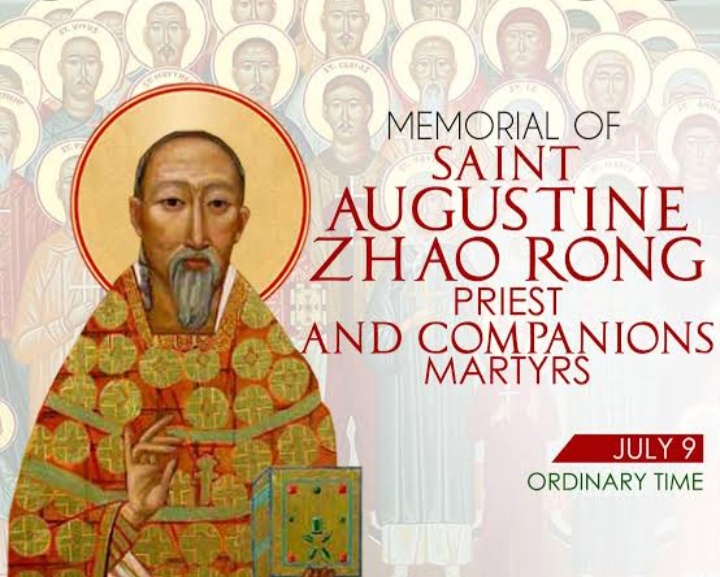 Today’s feast commemorates one hundred and twenty martyrs, eighty-seven native Chinese and thirty-three Western missionaries, killed in a long trail of blood from 1648 to 1930. This roll call of heroes includes lay women, catechists, seminarians, bishops, priests, a cook, a farmer, a widow, a seventy-nine-year-old man and a child of nine. Some were killed while taking sanctuary inside of a church.

A large number died during the Boxer Rebellion in 1900, when fanatical Chinese peasants slaughtered thousands of Christian converts and foreign missionaries for no reason other than their faith and their foreignness. Some lives were ended by beheading, quickly; others by neglect in prison, slowly; and many by strangulation, painfully.

The one saint the Church names on this feast is Saint Augustine Zhao Rong. Like so many other saints, he began his professional life as a soldier. As part of his military duties, Augustine was assigned to escort a French priest in China. The priest’s holy example made such a deep impression on Augustine that he decided to convert to Catholicism. After his baptism, he went for the gold— he entered the seminary and became Father Augustine.

His priestly ministry was short lived. Father Augustine was jailed, tortured, and left to die in prison during the reign of an emperor insanely hostile to Christianity and to Chinese priests in particular. Numerous other Chinese and foreigners were swallowed up in the same persecution along with Fr. Augustine. All refused to apostasize and many were atrociously tortured.

After some faint contact with Christianity in the first millennium, European missionaries first ventured deep into China in the last decades of the 1500s. These missionaries were chosen for their great erudition, sagacity, and Christian spirit. In contrast, the first boatloads of Spanish missionaries unloaded into Latin America were a mixture of men from varied backgrounds.

There were holy, educated men, along with others who were almost ordained pirates, adventurers whose zeal for the house of the Lord was so total that they were oblivious to the sensitive cultural realities they, and the West itself, were encountering for the first time. Mayan and Aztec Codexes’ were burned, finely carved statues tumbled down temple stairs, and palaces were razed to the ground out of an authentic, but misguided, Christian fervor.

No such haphazard cultural destruction took place in China. Missionaries to China were finely tuned to the local wavelength. They learned the challenging language, respected local spiritualities, and were exquisitely respectful of the ancient, studious, and complex society that had welcomed them. These sterling missionaries inspired a large number of Chinese converts who remained fully Chinese while also becoming fully Catholic.

Catholicism enriched and purified all that it meant to be Chinese. Yet the missionaries’ success was also the seed of their destruction. Chinese strongmen invariably saw the missionaries as agents of Western colonialism rather than as emissaries of Jesus Christ. No matter how delicately the missionaries inculturated the faith, or how many locals converted, Catholicism was a non-native reality that threatened ancient Chinese patterns of life and thought.

And so the persecutions came. The Protomartyr of China was Francis Fernández de Capillas, a Dominican priest who was tortured and beheaded in 1648 while praying the Sorrowful Mysteries of the Rosary. Numerous Franciscans, Salesians, Dominicans, and Jesuits were killed in the intermittent waves of persecution.

These martyrs’ crime was their faith and energetic evangelical efforts. They were not involved in politics or trade. They were not spies or government agents. They died for the most noble and purest of reasons—their faith. The ancient nation of China had no saints before October 1, 2000, when Pope Saint John Paul II canonized today’s Chinese martyrs.

Not one of the canonized was killed under the communists who have ruled China since 1949. Catholics executed by the communists await a future unfurling of their banners in St. Peter’s Square. More Chinese martyrs, some already dead, some still to die, will be canonized in an unknown year by a future pope as the history of redemption reveals its secrets.

Saint Augustine Zhao Rong, martyrs of China, you were brave in keeping a tight grip on the pearl of great price. Your unshakable faith and fervent evangelical ministry.

Help all Christians to value their faith in easy times so that when times of persecution come, we may stand upright in the storm. Amen 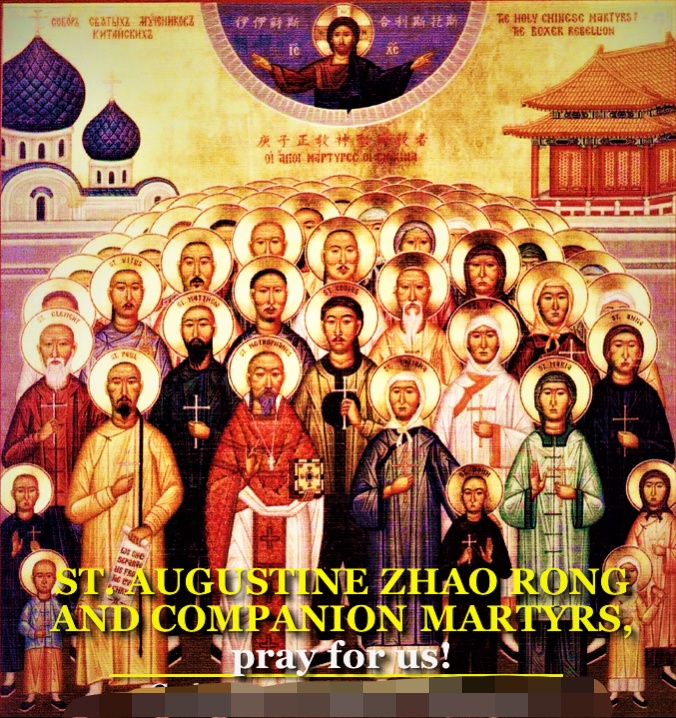