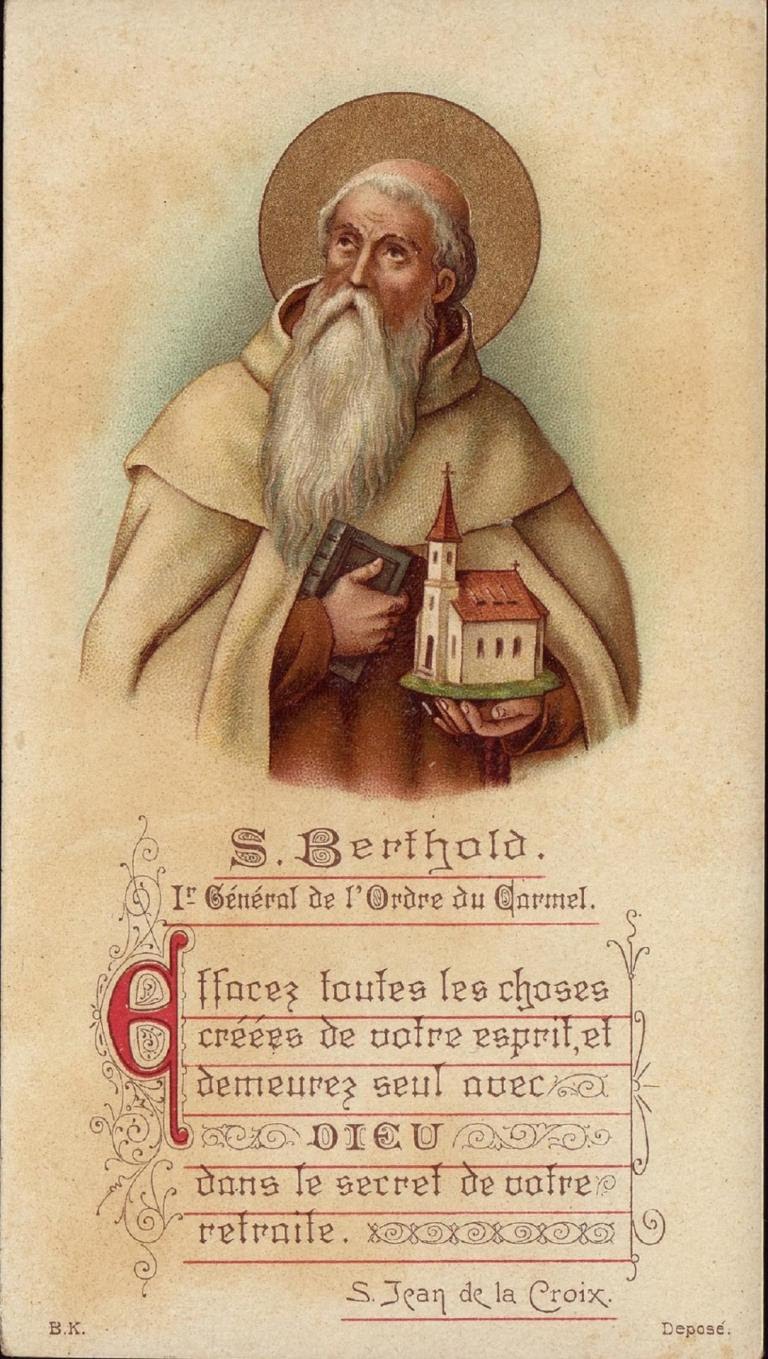 The label “Calabrian” was a contemporary euphemism for “Westerner.” Berthold was a nephew of Aymeric of Malifaye, the Latin patriarch of Antioch. Berthold went to the Holy Land as part of the Crusades and was in Antioch when it was besieged by the Saracens. During this time he had a vision of Christ denouncing the soldiers’ evil ways. At the time, hermits from the West were scattered throughout Palestine.

Some accounts hold that in 1185 he came to Mount Carmel, built a monastery and Church devoted to the Prophet Elijah and gathered a community of hermits who would live at his side in imitation of the prophet Elijah. Berthold tried to reform the Christian soldiers in the region, having had a vision of Christ. 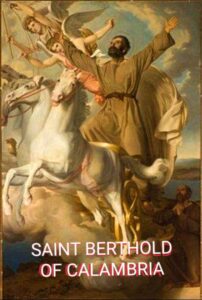 His community may have given rise to the Order of the Carmelites, though this is discounted by historians of the Order. Berthold lived out his days on Mount Carmel, ruling the community he had founded for forty-five years until his death in 1195.

The Carmelite Order is still large and very active today. As the first superior of the order, he created their Rule of Life. Tradition holds that he was accepted as leader of the hermits by Brocard. It was the life and work of St. Berthold that laid the foundation for the Carmelite Order, and the Rule he developed was approved by Pope Honorius III in 1226. Saint Berthold’s feast day is celebrated on March 29. 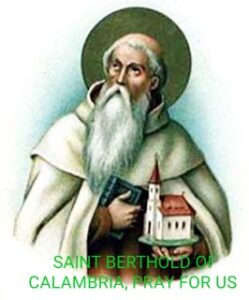 Eternal Father, we honor today your devoted son Berthold of Calambria, who through his zealous fervor brought about the conversion of many. His reforms and exemplary discipline brought transformation in the Order of the Carmelites, which is active to this day.

May we, by his example, lead others to you. Through our Lord Jesus Christ your Son, Who lives and reigns with you in the unity of the Holy Spirit, one God forever and ever. Amen

Saint Berthold of Mt. Carmel, pray for us. 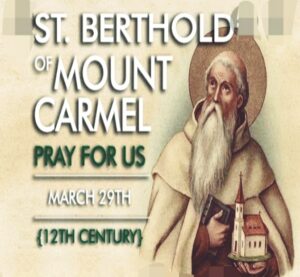