FEAST OF SAINT CRISTOBAL MAGALLANES AND COMPANIONS, MARTYRS – 21st MAY 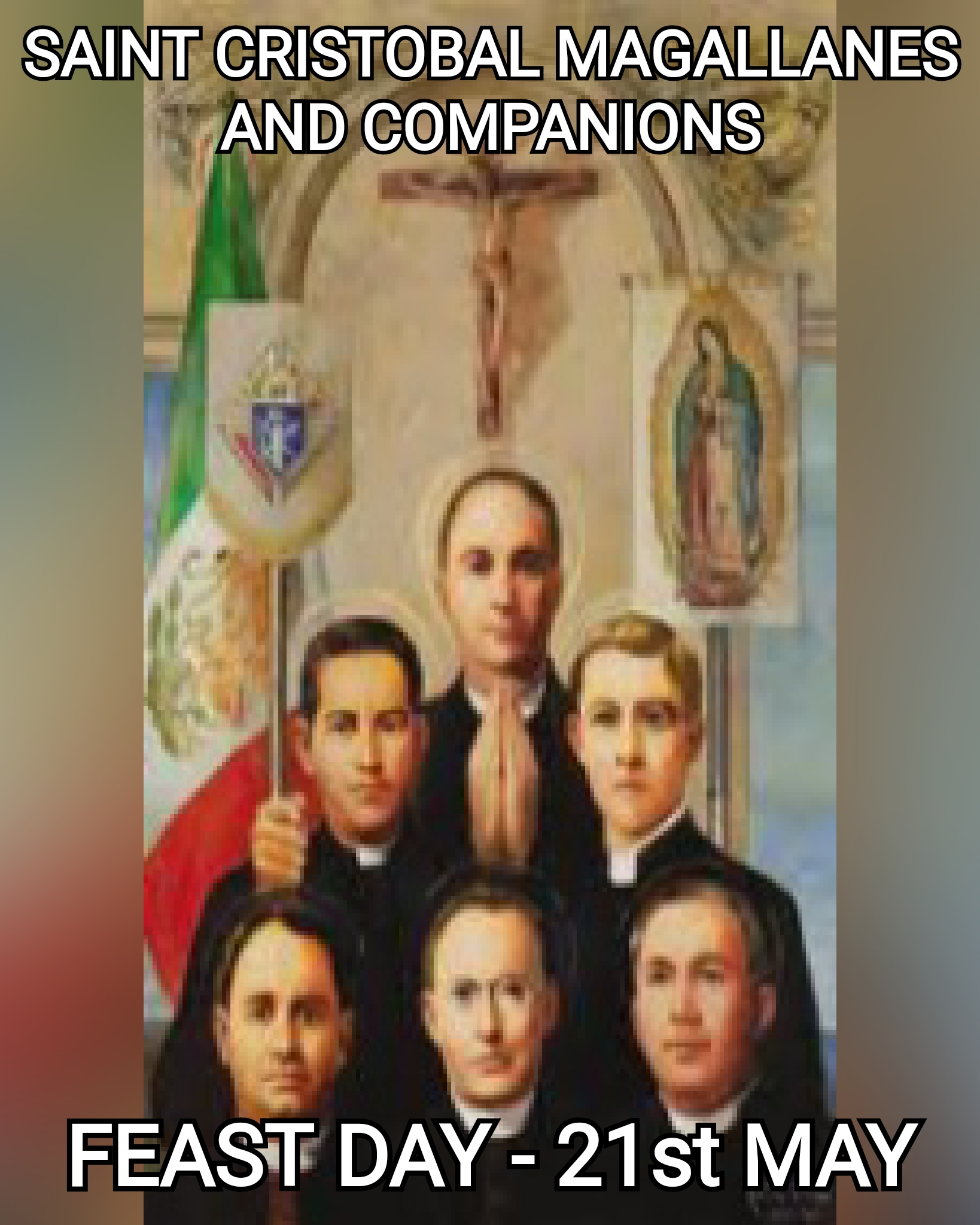 He served as chaplain of the School of Arts and Works of the Holy Spirit in Guadalajara. He was then designated as the parish priest for his home town of Totatiche, where he helped found schools and carpentry shops and assisted in planning for hydrological works, including the dam of La Candelaria. He took special interest in the evangelization of the local indigenous Huichol people and was instrumental in founding the mission in the indigenous town of Azqueltán.

When government decrees closed the seminary in Guadalajara in 1914, Magallanes offered to open a clandestine seminary in his parish. In July 1915, he opened the Auxiliary Seminary of Totatiche, which achieved a student body of 17 students by the following year and was recognized by the Archbishop of Guadalajara, José Francisco Orozco y Jiménez, who appointed a precept and two professors to the seminary.

Magallanes wrote and preached against armed rebellion, but was falsely accused of promoting the Cristero Rebellion in the area. Arrested on May 21, 1927, while en route to celebrate Mass at a farm, he gave away his few remaining possessions to his executioners, gave them absolution, and without a trial, he was killed four days later with Agustín Caloca in Colotlán, Jalisco.

His last words to his executioners were “I die innocent, and ask God that my blood may serve to unite my Mexican brethren.” He was succeeded as parish priest of Totatiche by José Pilar Quezada Valdés, who went on to become the first bishop of the Archdiocese of Acapulco. Like Blessed Miguel Agustín Pro, S.J., Cristóbal and his 24 companion martyrs lived under a very anti-Catholic government in Mexico, one determined to weaken the Catholic faith of its people.

Magallanes and the other priests were forced to minister secretly to Catholics during the presidency of Plutarco Calles (1924 – 28). All of these martyrs except three were diocesan priests. David, Manuel and Salvador were laymen who died with their parish priest, Luis Batis. All of these martyrs belonged to the Cristero movement, pledging their allegiance to Christ and to the Church that he established to spread the Good News in society—even if Mexico’s leaders once made it a crime to receive Baptism or celebrate the Mass.

These martyrs did not die as a single group but in eight Mexican states, with Jalisco and Zacatecas having the largest number. They were beatified in 1992 and canonized eight years later. Magallanes was canonized by Pope John Paul II on May 21, 2000. He is celebrated in the Catholic Church with an optional memorial on 21 May. The concluding sequence of the movie For Greater Glory (2012) says that the fictional character “Father Christopher” portrayed by actor Peter O’Toole was based on Cristobal Magallanes Jara.

Heavenly Father, you made the Priest Saint Magallanes and his companions faithful to Jesus our Savior, even to the point of martyrdom. Grant us, through their intercession, that, holding fast to the true faith, we may always follow the commandments of your love. 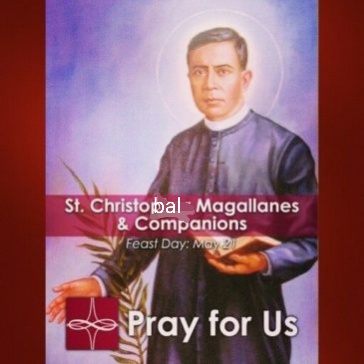