FEAST OF SAINT CYRIL OF JERUSALEM, BISHOP AND DOCTOR OF THE CHURCH – 18th MARCH 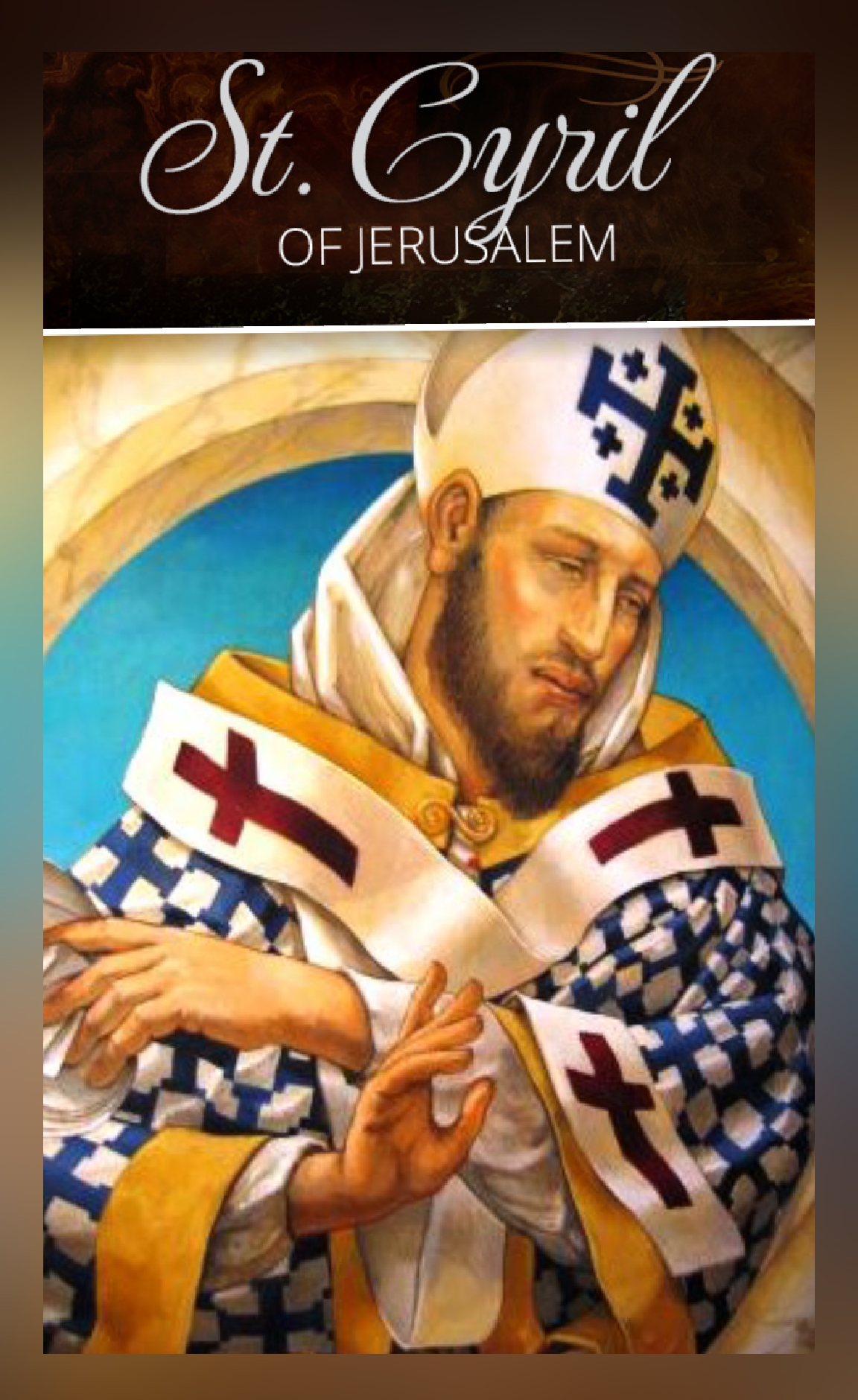 The crises that the Church faces today may seem trifling, when compared with the threat posed by the Arian heresy, which denied the divinity of Christ and almost destroyed Christianity in the fourth century. Cyril ofJerusalem was to be caught up in the controversy, accused of Arianism by Saint Jerome, and ultimately vindicated both by the men of his own time and by being declared a Doctor of the Church in 1822.

On March 18, the Roman Catholic Church honors St. Cyril of Jerusalem, a fourth-century bishop and Doctor of the Church, whose writings are still regarded as masterful expressions of Christian faith. Cyril of Jerusalem (c. 313 – 386 AD) was a theologian of the early Church. About the end of 350 AD he succeeded Maximus as Bishop of Jerusalem, but was exiled on more than one occasion due to the enmity of Acacius of Caesarea, and the policies of various emperors.

Cyril left important writings documenting the instruction of catechumens and the order of the Liturgy in his day. Little is known of his life before he became a bishop, the assignment of his birth to the year 315 rests on conjecture. According to Butler, Cyril was born at or near the city of Jerusalem, and was apparently well-read in both the writings of the early Christian theologians and the Greek philosophers.

Cyril was ordained a deacon by Bishop Macarius of Jerusalem in about 335 and a priest some eight years later by Bishop Maximus. Around the end of 350 he succeeded Maximus in the See of Jerusalem, although the evidence for this relies on the Catecheses written by Cyril where he refers to himself as “bishop”. Jerome also suggests Cyril was an Arian at this stage. Cyril is described as preacher and liturgist by the pilgrim Egeria.

Relations between Metropolitan Acacius of Caesarea and Cyril became strained. Acacius is presented as a leading Arian by the orthodox historians, and his opposition to Cyril in the 350s is attributed by these writers to this. Tension may have been increased by Acacius’s jealousy of the importance assigned to Cyril’s See by the Council of Nicaea, as well as by the threat posed to Caesarea by the rising influence of the seat of Jerusalem as it developed into the prime Christian holy place and became a centre of pilgrimage.

Acacius charged Cyril with selling church property. The city of Jerusalem had suffered drastic food shortages at which point church historians Sozomen and Theodoret report “Cyril secretly sold sacramental ornaments of the church and a valuable holy robe, fashioned with gold thread that the emperor Constantine had once donated for the bishop to wear when he performed the rite of Baptism”, possibly to keep people from starving.

For two years, Cyril resisted Acacius’ summons to account for his actions, but a church council held under Acacius’ influence in 357 deposed Cyril in his absence, and Cyril took refuge with Silvanus, Bishop of Tarsus. The following year, 359, in an atmosphere more hostile to Acacius, the Council of Seleucia reinstated Cyril and deposed Acacius. In 360 this was reversed by Emperor Constantius again, and Cyril suffered another year’s exile from Jerusalem until the Emperor Julian’s accession allowed him to return in 361.

Cyril was once again banished from Jerusalem by the Arian Emperor Valens in 367, but was able to return again after Valens’s death in 378, after which he remained undisturbed until his death in 386. In 380, Gregory of Nyssa came to Jerusalem on the recommendation of a council held at Antioch in the preceding year. He seemingly found the faith in good shape, but worried that the city was prey to parties and corrupt in morals.

Cyril’s jurisdiction over Jerusalem was expressly confirmed by the First Council of Constantinople (381), at which he was present. At that council he voted for acceptance of the term homoousios (which defined the nature between “God the Father”, and “God the Son”), having been finally convinced that there was no better alternative.

St. Cyril participated in the Second Ecumenical Council, which condemned two different forms of Arianism and added statements about the Holy Spirit to the Nicene Creed of 325. St. Cyril of Jerusalem died in 387, and was named a Doctor of the Church by Pope Leo XIII in 1883.

Father, through Cyril of Jerusalem you led your Church to a deeper understanding of the mysteries of salvation. Let his prayers help us to know your Son better and to have eternal life in all its fullness. 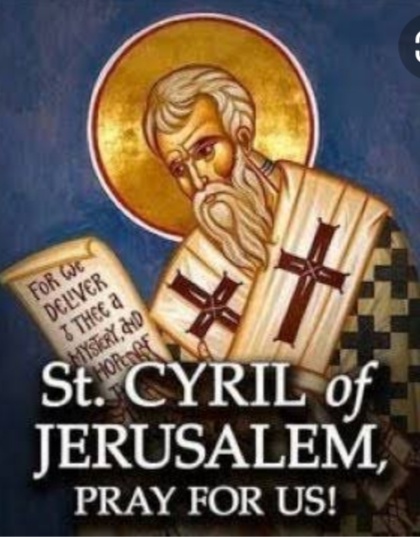 Saint Cyril of Jerusalem, pray for us.