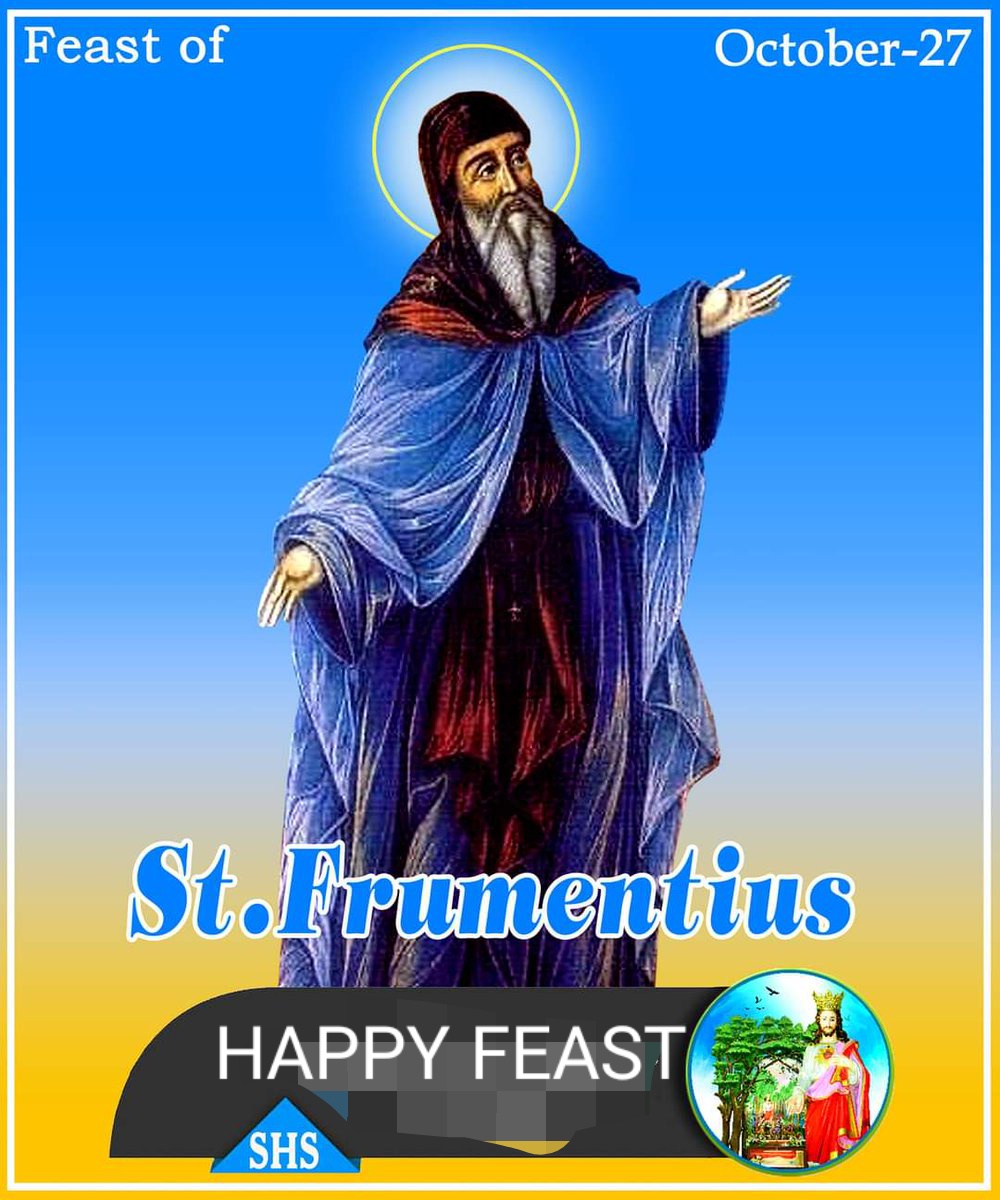 Called “Abuna” or “the fa­ther’ of Ethiopia, sent to that land by St. Athanasius, Frumentius was born in Tyre, Lebanon. Around the year 330, Meropius, a Christian philosopher of Tyre, undertook a voyage to the coast of Arabia. With him were two young pupils, Frumentius and Aedesius. On the voyage homeward, their vessel docked at an Ethiopian port. Falling out with some of the sailors, the natives massacred the crew and passengers, with the exception of the two lads who were studying under a tree at the time.

They were taken to the king who, impressed with their demeanor and knowledge, made Aedesius his cupbearer, and the elder, Frumentius, his secretary. On his deathbed, in gratitude for their services, this prince granted them liberty. But the queen, regent for her young son, begged them to stay and help her, which they did.

They introduced Christianity to that land. When Abreha and Asbeha inherited the Ethiopian throne from their father, Frumentius sought out St. Theodosius in Alexandria and talked to him about the conversion of the Ethiopians, entreating him to send a pastor to that country. Whereupon, St. Athanasius consecrated Frumentius bishop of Aksum, judging no one better suited for the task.

The consecration of Frumentius took place roughly around the year 350. Returning to Aksum, he gained numbers to the Faith through his preaching and miracles. The two royal brothers are said to have received baptism. But the conversion of the Aksumite kingdom was far from completed during the life of Frumentius, though the population held him in the highest esteem.
He died about the year 383, and was reverently called Abuna – “Our Father” – and Aba Salama – “Father of Peace”.
He is considered Patron of Ethiopia.

Saint Frumentius you are called the Apostle of Ethiopia because, as a bishop, you were sent there to spread the Faith.  The king had made you a member of his court. You realized that having such access to the king gave you a better opportunity to introduce Christianity into the country.

Pray that we remain deep rooted in our faith and with the same faithfulness and zeal spread the Word of God, thus fulfilling our mission, and performing our Christian duties,  in Christ our Lord. Amen

Saint Frumentius, pray for us.