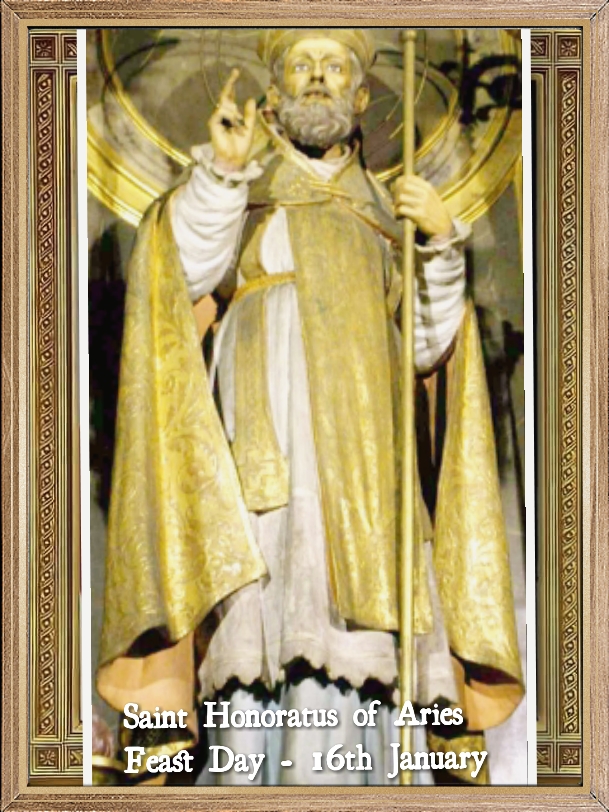 Honoratus was born in 350 AD, in the north of Gaul to a consular Roman family. He received an outstanding education and he converted to Christianity with his brother Venantius, embarking with him from Marseilles about 368, under the guidance of a holy person named Caprasius, to visit the holy places of Palestine and the laurae of Syria and Egypt. But the death of Venantius, occurring suddenly at Methone, Achaia, prevented the pious travellers from going further. They returned to Gaul through Italy, and, after having stopped at Rome, Honoratus went to Provence.

Encouraged by Leontius of Fréjus, he took up his abode on the wild Lérins Island today called the Île Saint-Honorat, with the intention of living there in solitude. Numerous disciples soon gathered around Honoratus, including Lupus of Troyes, Eucherius of Lyon, and Hilary of Arles. Thus was founded the Monastery of Lérins, which has enjoyed so great a celebrity status and which was, during the 5th and 6th centuries, a nursery for illustrious bishops and remarkable ecclesiastical writers. His Rule of Life was chiefly borrowed from that of St. Pachomius. It is believed St. Patrick trained there for his missionary work in Ireland.

Honoratus’ reputation for sanctity throughout the southeastern portion of Gaul was such that in 426 after the assassination of Patroclus, Archbishop of Arles, he was summoned from his solitude to succeed to the government of the diocese, which the Arian and Manichaean beliefs had greatly disturbed. He appears to have succeeded in re-establishing order and orthodoxy, while still continuing to direct from afar the monks of Lérins. He died in the arms of Hilary, one of his disciples and probably a relative, who was to succeed him in the See of Arles. Hilary wrote the Sermo de Vita Sancti Honorati probably around 430.

Honoratus’ various writings have not been preserved, nor has the Rule which he gave to the solitaries of Lérins. John Cassian, who had visited his monastery, dedicated to him several of his “Conferences”. He re-established orthodoxy and eradicated the prevalent Arian and Manichaean heresies. He died in 429 AD from ill health caused by the austerities he practiced. His tomb is shown empty under the high altar of the church which bears his name at Arles; his body having been translated to Lerins.

in 1391, the Middle Ages, Honaratus was the object of a pilgrimage in the Arles region, especially around Lérins Abbey, because of the writings in Occitan of Raymond Féraud or Raimon Feraud, a monk who composed a hagiographical life for him around 1300 in Roquesteron. One of the Lérins islands near the Antibes off the French Riviera is now called St. Honorat in his honor. His feast is January 16 and he is Patron against drought, against misfortune, against rain, and for rain.

We thank you God, for giving us saints like Honoratus of Aries, who has given us, by his example, great love of Christ and gratitude to our Lord, for destroying the terror of everlasting death, with the offer of eternal life.

His reputation for sanctity inspires us to achieve perfection and purity of the highest order in our lives and to be grateful for our salvation, in Christ Jesus our Lord and Savior. Amen 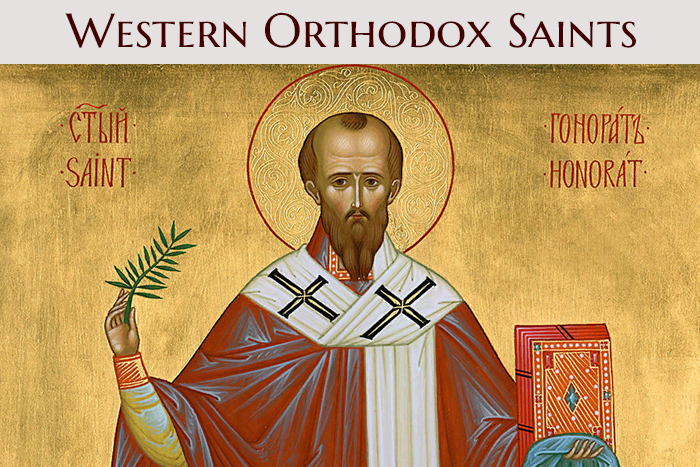 St Honoratus, help us to show our gratitude to God every day both in word and in work. In Jesus’ Name Amen