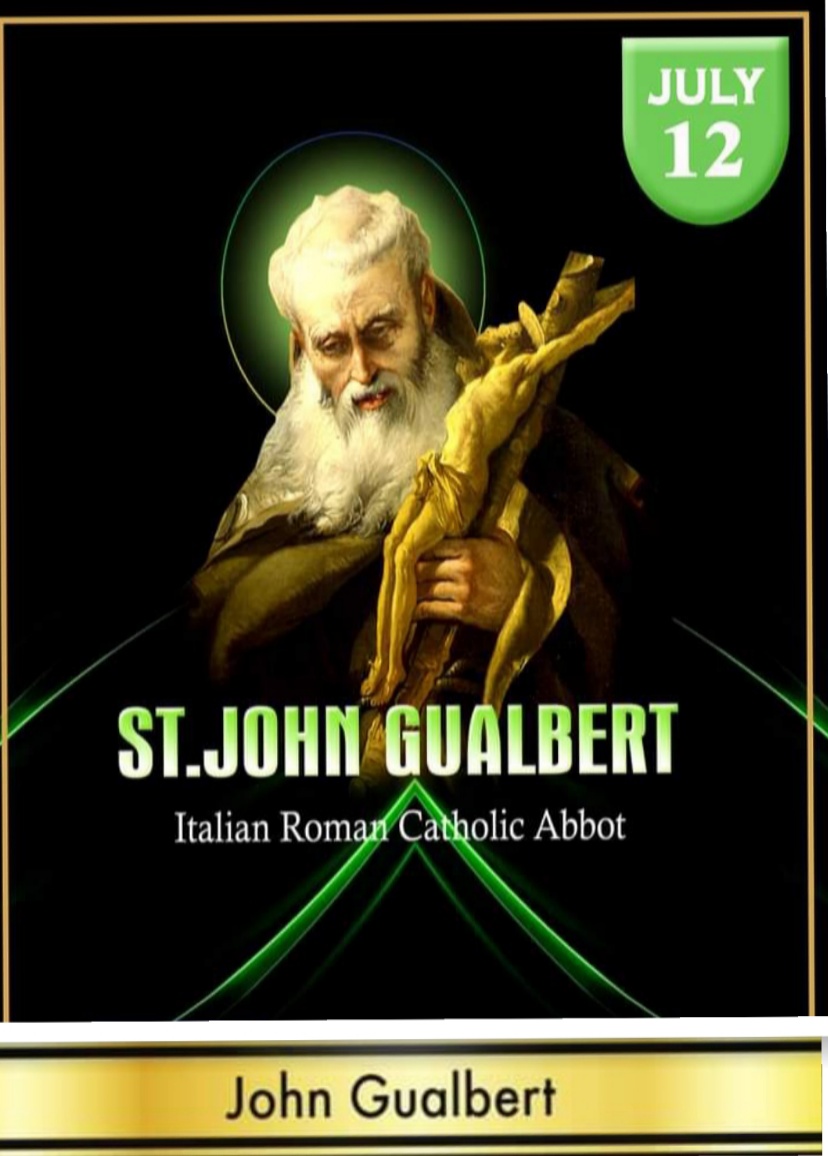 On July 12, the Church marks the feast day of Saint John Gualbert (985-1073), Abbot, founder of the Vallumbrosan (Benedictine) Order, and soul converted by the Lord to create change in the world. Saint John experienced a dramatic moment of conversion early in his life—a momentary encounter with the Crucified Christ which inspired him to great acts of mercy and charity.

Today, on his feast day, we pray for the same experience of Our Lord, looking for our own opportunities of mercy and charity toward others. Born in Florence, Italy, John was a member of Florentine nobility. Although he was thoroughly educated in Christian doctrine and faith, his privileged status as a young noble allowed him ample opportunity to participate in the vanities and debaucheries of the world.

While he was still relatively young, his only brother, Hugo, was murdered, and true to the time period, John had resolved to avenge his death. It was on Good Friday when the Lord opened his eyes to wickedness of his ways, and through grace, created a refined and converted soul within him.

On Good Friday, as John was riding into Florence through a narrow mountain pass, he encountered his brother’s murderer. The pass was such that neither could avoid each other, and no one was present to intervene. John drew his sword, preparing to avenge his brother’s death, as was customary at the time. His adversary, who was totally unprepared to fight, fell upon his knees.

With his arms outstretched in the form of a cross, he implored John, for the sake of Our Lord’s holy Passion, to spare his life. Saint John said to his enemy, “I cannot refuse what you ask in Christ’s name. I grant you not only your life, but my friendship. Pray that God may forgive me my sin!”

They embraced and parted, and John made his way straight to a church in Florence. There, kneeling before the crucifix, John saw Jesus Crucified bow His head, acknowledging his act of forgiveness and, by the same token, forgiving him all his sins.

John’s heart was changed. He abandoned his former ways—the ways of the world– and devoted himself to prayer and penance in the Benedictine Order. His virtue and austerity were so great that when his abbot died, he was unanimously chosen to replace him.

Out of humility, however, John refused the honor. Instead, he left the monastery to live as a hermit, alone, in monastic solitude, contemplating the Passion of Our Lord. He retired to Vallombrosa, and along with two other hermits, founded the Order of Vallumbrosan, which followed the austere Rule of Saint Benedict. From this valley, near Florence, the Order spread over Italy.

Miracles were attributed to the great faith of Saint John Gualbert. During famine, his prayers were said to fill the empty storeroom of the monastery with so many provisions that not only was the Order fed, but all the poor who presented themselves went away with rations to spare.

On another occasion, when he found one of the monasteries too rich (and therefore in violation of the austerity of the Benedictine Rule), he prayed that a small stream which trickled past the building would overflow and reduce their wealth. Without delay, the stream destroyed the building, and the monks realized their greed.

Yet another time, a convent was plundered set fire to by thieves, who beat and injured the monks who were present. Upon arrival at the convent, Saint John rejoiced. “Now,” he said, “you are true monks. Oh, how I envy your lot!” Saint John went on to build several monasteries throughout the region, dying peacefully at age 80 while Angels were singing near his bed.

Almighty God, you are the source of peace and of concord, and to know you is to live according to your Holy Will, to serve you is to follow your commandment expressed in your new Covenant of love.

Guard our hearts Lord, and establish your peace within us, that by the example of the blessed abbot John Gualbert, we may render good for evil and blessings for curses, so obtaining from you, both pardon and peace. Amen 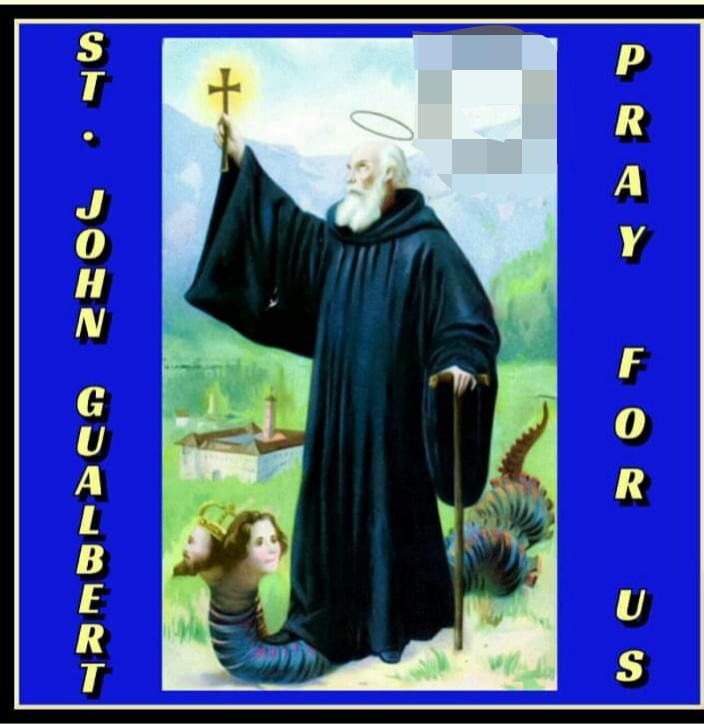 Saint John Gualbert, pray for us.