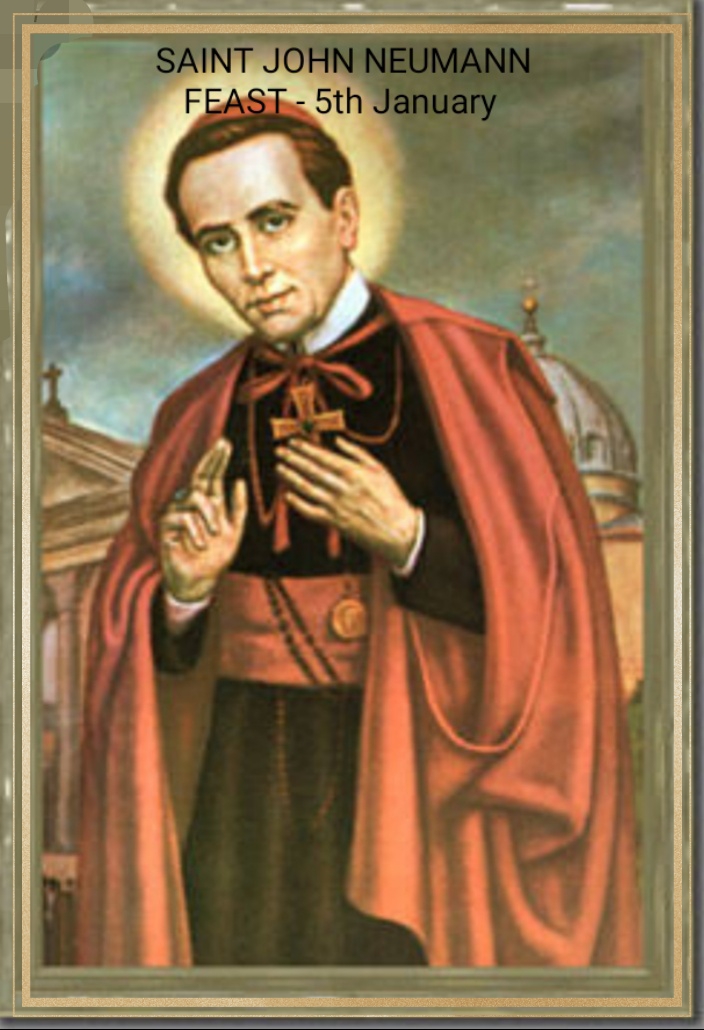 St. John Neumann was born in central Europe in what is today the Czech Republic. Like many people born in small countries, he had to learn more than his native tongue in order to become a success. But St. John outdid himself. He learned seven languages in addition to his native Czech. He had a gift. Yet he found it hard to find a bishop to ordain him after he had completed his theological studies. He wrote to numerous bishops throughout Europe and to one on the other side of an ocean he had never seen. The other bishop wrote back that if he could get there, he’d ordain him. Saint John got there and was ordained in 1836 by Bishop John Dubois of New York, himself a transplant from Paris, France.

He was assigned to rural areas in upstate New York and was outstanding in his zeal for souls. But the isolation was a burden, and he felt the need for priestly community. So he joined the Redemptorist Order and began many years of priestly service in Maryland. His intelligence, ability to preach and hear confessions in multiple languages, extraordinary work ethic, life of poverty, good nature, and general holiness were traits that all observed and all admired. He was named the fourth bishop of Philadelphia in 1852. The city’s growth was exploding, especially its Catholic population of immigrants. Saint John threw himself into his work with no concern for his own well being.

He was a tornado of apostolic activity. He was everywhere. He did everything. The Church benefitted and grew at an extraordinary pace. But St. John did not benefit. His only gear was overdrive. Zeal for His house consumed him. Zeal for His house killed him, in fact. That is probably the way that he wanted it. Saint John was buried in a Redemptorist Church in Philadelphia. His reputation for holiness spread after his death. The faithful asked. The faithful received. The miracles were documented and Philadelphia had its saint. Saint John Neumann was canonized by Pope Saint Paul VI in 1977, an immigrant who was the first male American citizen to be raised to the altars.

St. John, you left home and family to toil in the remote regions of the United States for the sake of the gospel. Your tireless dedication to the needs of the Church is an inspiration to all, especially priests. Enkindle in the hearts of all priests the same fire of love that burned in your own. We ask for intercessory prayers. Please place our petitions on God’s altar, in Christ our Lord’s Name. Amen 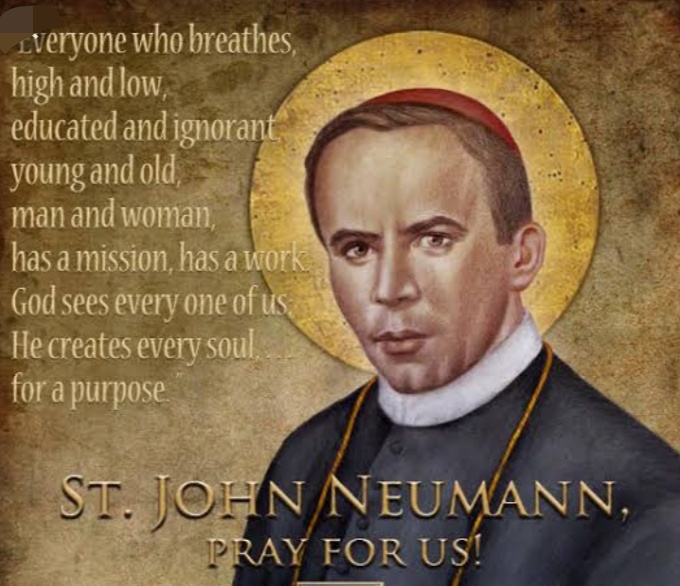