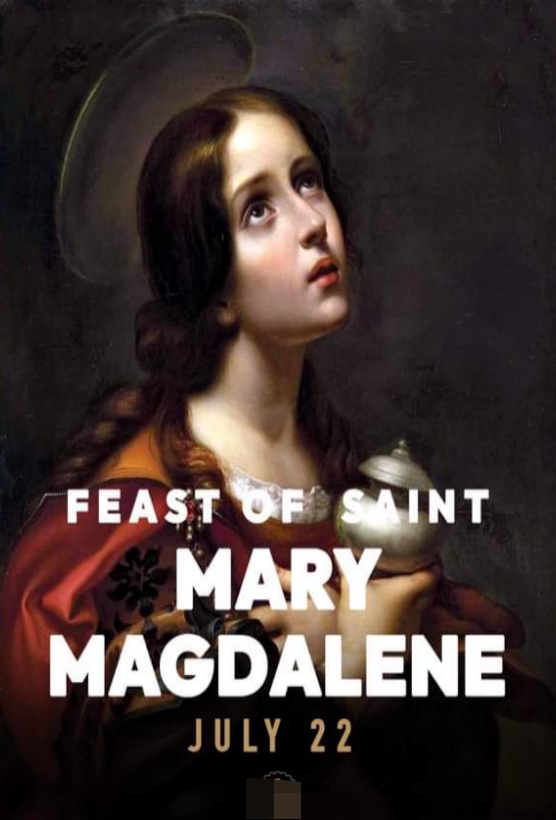 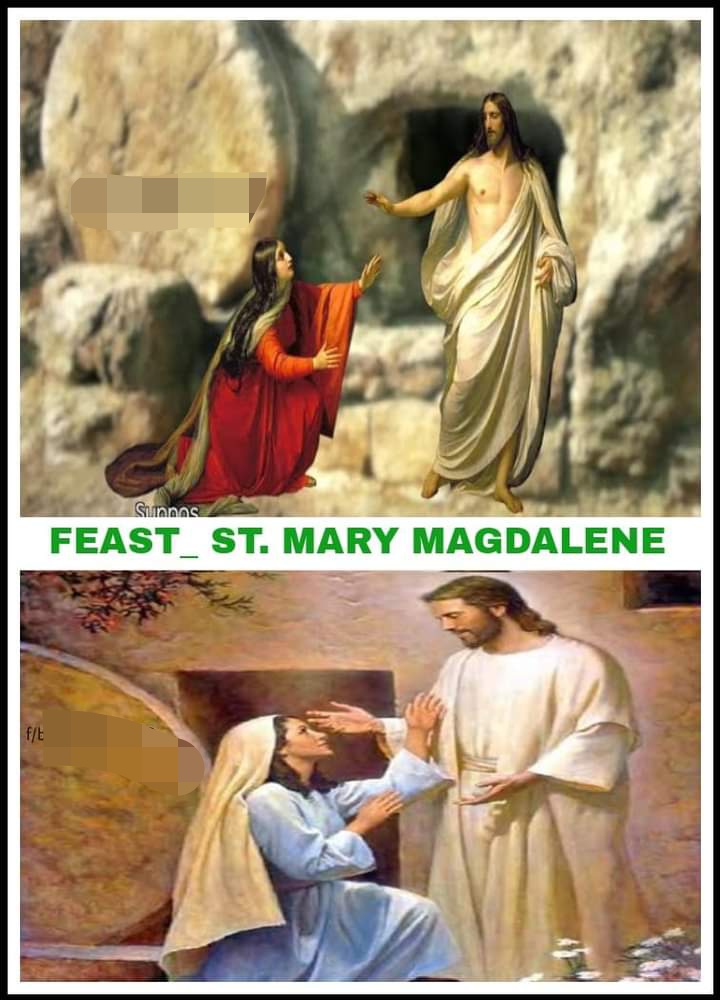 And also some women who had been cured of evil spirits and diseases. Mary, called Magdalene from whom seven demons had come out – Luke 8:2

Except for the mother of Jesus, few women are more honored in the Bible than Mary Magdalene.

Mary Magdalene was one of the many who were assisting Jesus and the Twelve Apostles, out of their means. She was one of those who stood by the cross of Jesus with his mother. And, of all the “official” witnesses who might have been chosen for the first awareness of the Resurrection, she was the one to whom that privilege was given. She is known as the “Apostle to the Apostles”. 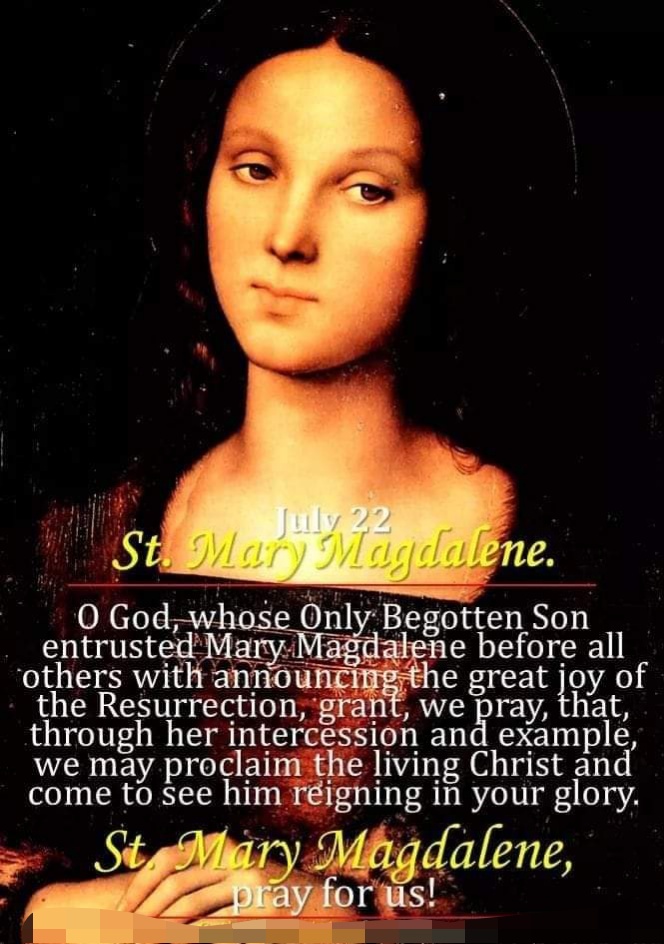 Mary Magdalene lived in the first century. She was the leader of the women who accompanied Jesus and the apostles on their journeys. She was present at Jesus’ crucifixion, burial and resurrection. Jesus sent her to announce the resurrection to the others, and this is why she was called the “Apostle of the Apostles”.

From early times, she has been identified as the woman who anointed Jesus’ feet in Simon’s house and with Mary, the sister of Martha; however, most contemporary scholars now abandon this connection. Mary Magdalene is the patron saint of the contemplative life and of women. 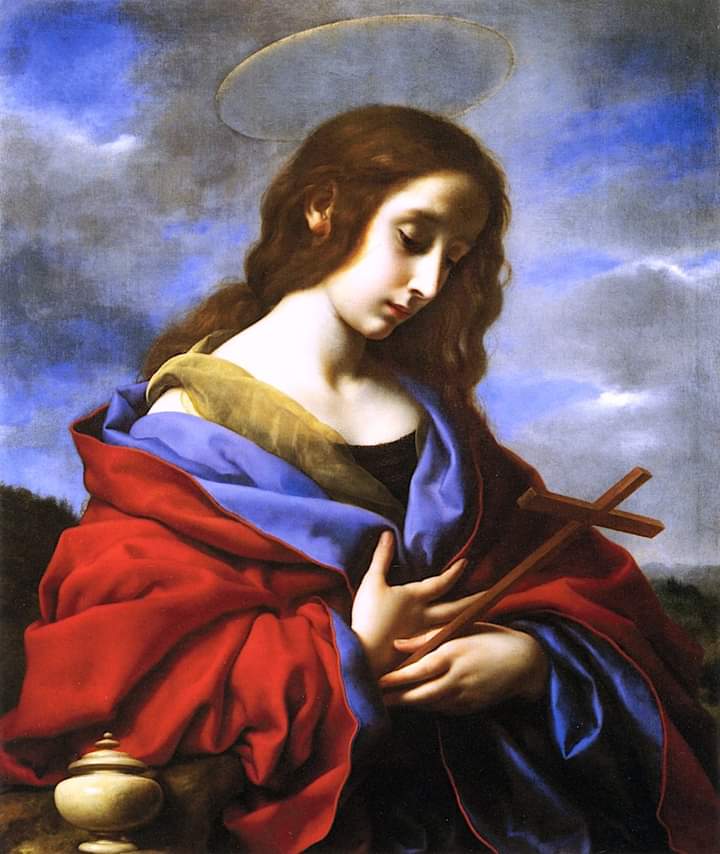 Saint Mary Magdalene,
woman of many sins, who by conversion
became the beloved of Jesus,
thank you for your witness
that Jesus forgives
through the miracle of love. 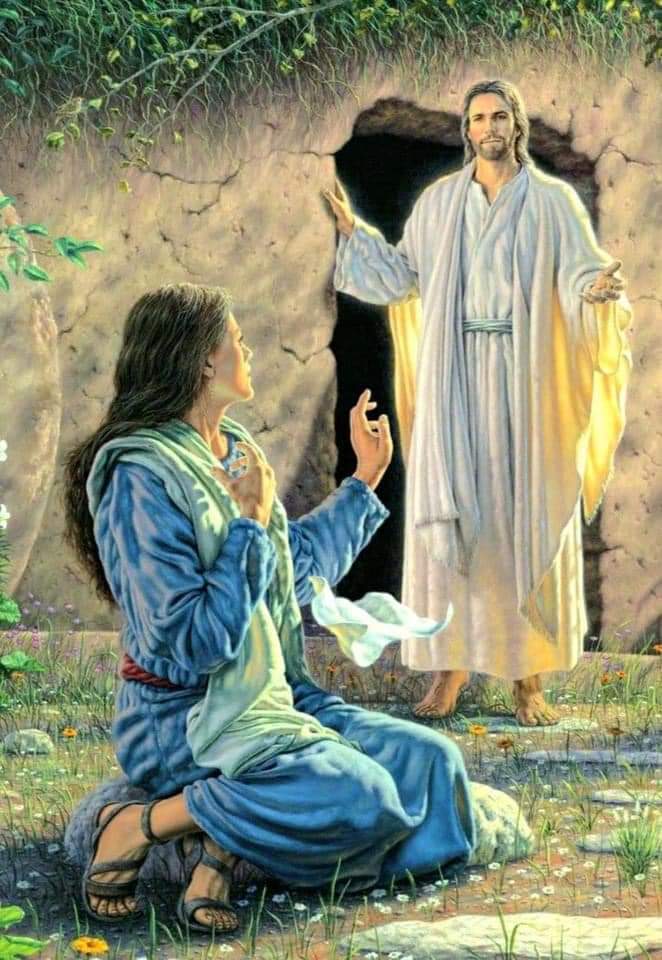 You, who already possess eternal happiness
in His glorious presence,
please intercede for us, so that some day
we may share in the same everlasting joy.
Saint Mary Magdalene, pray for us! 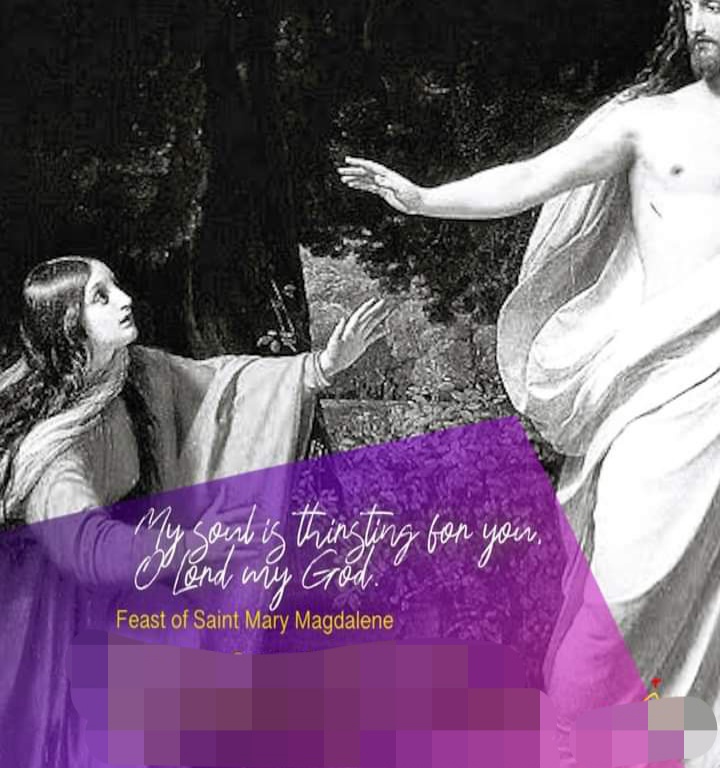 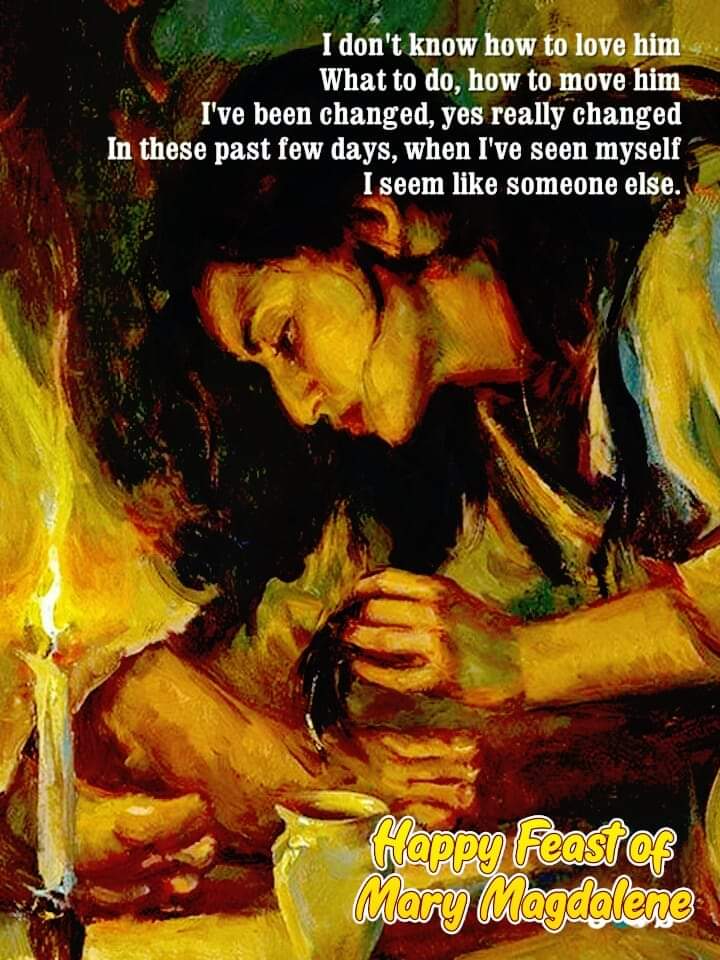