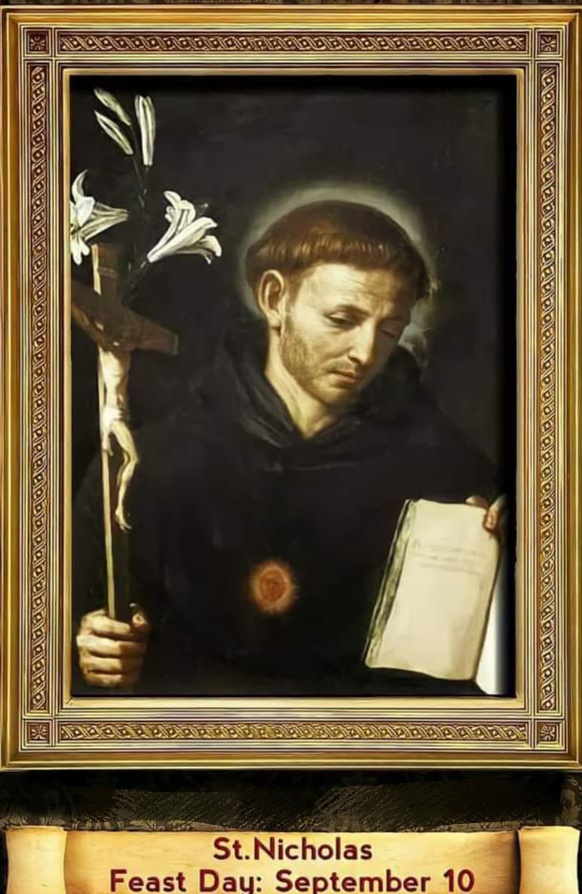 Nicolas de Tolentino was born in San Angelo, a town that is near Fermo, in the Marca de Ancona, Italy, around the year 1245. His parents, very poor but highly Christian, baptized him with this name in honor of St. Nicholas de Bari, to whom his mother had been entrusted to get pregnant. Since a child he was a mortified soul, who fasted three times a week on the basis of bread and water, which he often shared with the poor, for whom he felt special affection. 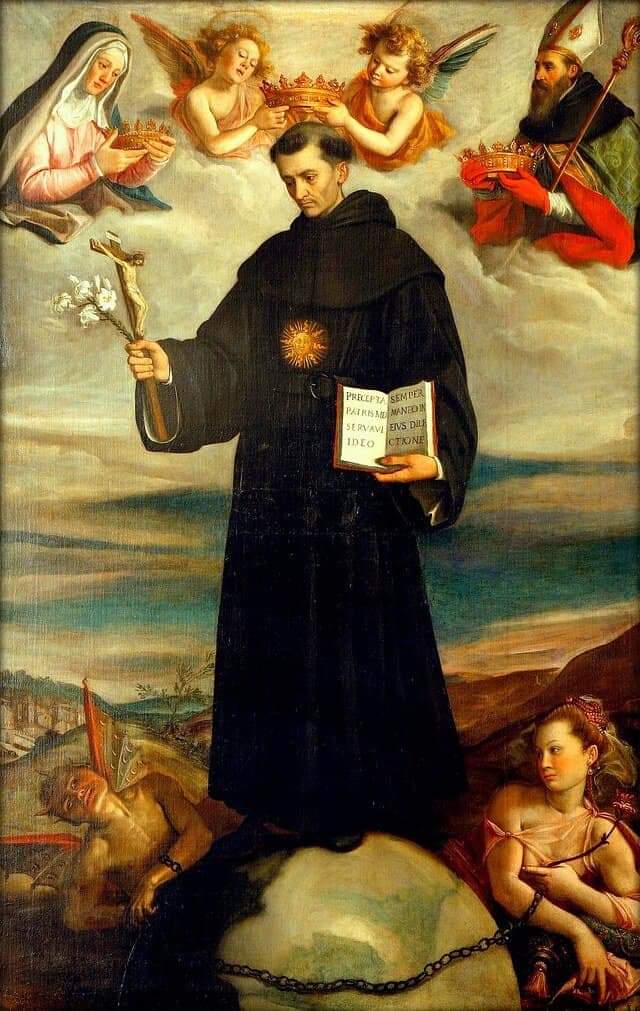 Being very young, St. Nicholas was chosen to help in the Church of Our Savior. This occupation extreme in accordance with his inclination to engage himself in service to God. However, the saint aspired for a state that would allow him directly devote all his time and thoughts to God, without interruptions or distractions.

With these desires to surrender entirely to God, he heard on one occasion a sermon, from a friar or hermit of the Order of Saint Augustine, about the vanity of the world, which made him decide to renounce the world absolutely and enter the world order of that holy preacher. He did this without wasting any time, entering as a religious into the convent of the small town of Tolentino. 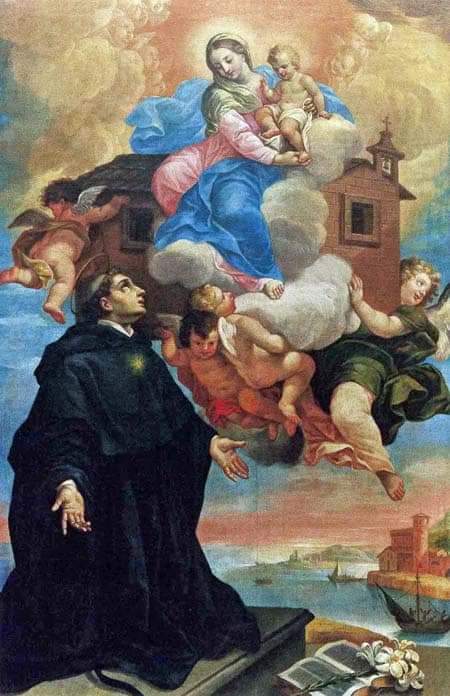 Nicholas made his novitiate under the direction of the preacher himself and made his religious profession before he turned 18. He was sent to several convents of his order in Recanati, Macerata and others. In all he was very successful in his mission. In 1271 he was ordained a Priest by the Bishop of Osimo in the Convent of Cingole.

His appearance at the Altar was angelic. Devotees were keen to attend their Mass every day, for they noticed it was a sacrifice offered by the hands of a Saint. Nicholas seemed to enjoy a kind of anticipation of the delights of Heaven, because of the secret communications aroused between his pure soul and God in contemplation, particularly when he had just been on the Altar or in the Confessional.

For the last thirty years of his life, Nicholas lived in Tolentino and his zeal for the salvation of souls bore abundant fruit. He preached in the streets almost every day and his sermons were accompanied by great conversions. He used to administer the sacraments in nursing homes, hospitals and prisons; he spent long hours in the confessional. 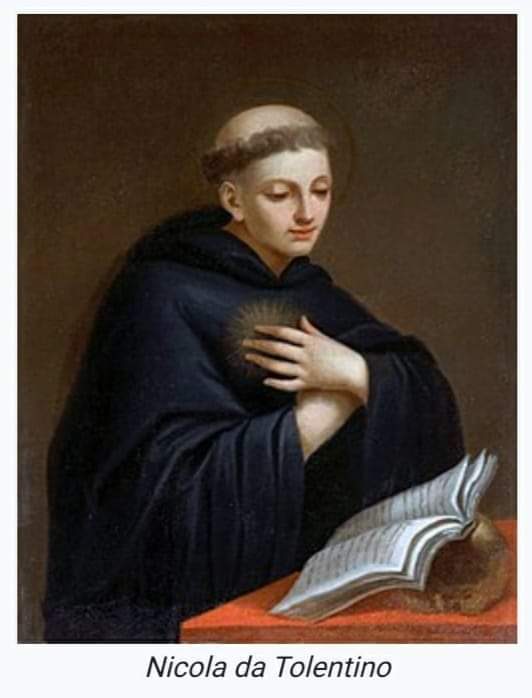 His exhortations, whether while confessing or giving catechism, always reached the heart and leaving footprints that lasted forever on those who heard him. Also, with the power of the Lord, he performed countless miracles, in which he asked the receivers, “Do not say anything about this. Thank God, not me. “The faithful were amazed to see his powers of persuasion and his spirituality so elevated that they had great confidence in his intercession to alleviate the sufferings of Souls in Purgatory.”

This trust was confirmed many years after his death when he was named “Patron of Purgatory Souls.” Towards the latter years of his life, when he was going through prolonged illness, his superiors ordered him to take foods stronger than the small rations he used to ingest, but unsuccessfully, because, his health stayed the same.

One night the Virgin Mary appeared to him, instructed him to ask for a piece of bread, dip it in water and then eat it, promising him that he would be healed by his obedience. As a gesture of gratitude for his immediate recovery, Nicholas began blessing similar loaves of bread and distributing them among the sick. This practice produced numerous favors and great healings.

In commemoration of these miracles, the Sanctuary of the Holy conserves a worldwide distribution of the “Breads of St. Nicholas” that are blessed and continue to bestow favors and thanks.
The saint’s last illness lasted a year, after which he died on September 10, 1305. His liturgical feast is commemorated on the same day.

Nicholas was buried in the church of his convent in Tolentino, in a chapel where he used to celebrate the Holy Mass.
Forty years after his death, his body was found incorrupt and exposed to the faithful. During this exhibition the saint’s arms were removed, and so began a series of extraordinary bloodshed that were witnessed and documented. 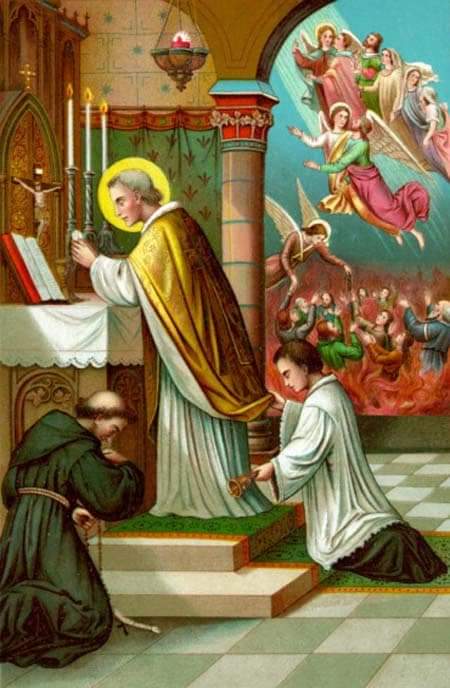 The sanctuary has no documented evidence regarding the identity of the individual who amputated the saint’s arms, although legend has appropriated the report that a German monk, Theodore, was the one who did it; claiming to take them as a relic going to his home country. However, it is known for a fact that a flow of blood was the sign of the fact and was what prompted his capture.

A century later, during the recognition of the relics, the bones of the saint were found, but the amputated arms were found completely intact and soaked in blood. These were placed in beautiful silver boxes, each consisting of a forearm and a hand. Nicholas of Tolentino was canonized by Pope Eugene IV, in the year 1446.

Towards the end of the same XV century, there was a fresh blood shed from the arms, an event repeated twenty times; the most famous occurred in 1699, when the flow began on May 29 and continued until September 1. The Augustinian monastery and the archives of the Bishop of Camerino (Macerata) possess many documents relating to these bloods.

Saint Nicholas was one of the Saints (next to Saint John the Baptist and Saint Augustine), who came from Heaven to take Santa Rita to the Augustinian convent at Cascia. In October 2016, the city of Tolentino suffered a major earthquake in which both the Basilica and the Augustine convent suffered serious damage. The relics of St. Nicholas are currently venerated in the Chapel of the Santos Brazos.

Almighty, Eternal God, you appointed this day as a memorial to the glorification of Saint Nicholas, your most humble subject.

In your compassion, grant that we may always strive to retain and complete by our works that Faith which he continually proclaimed with unstoppable zeal. Ꭺmen 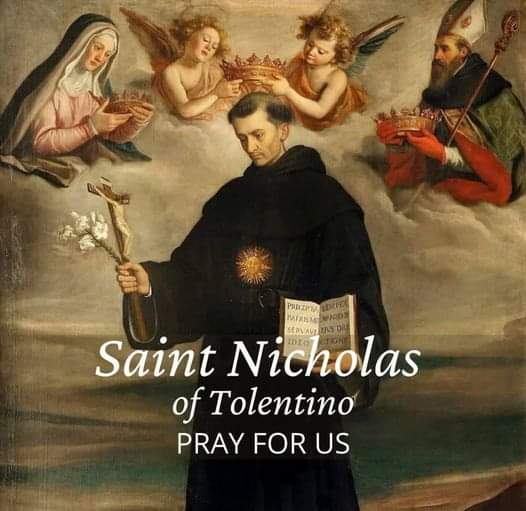