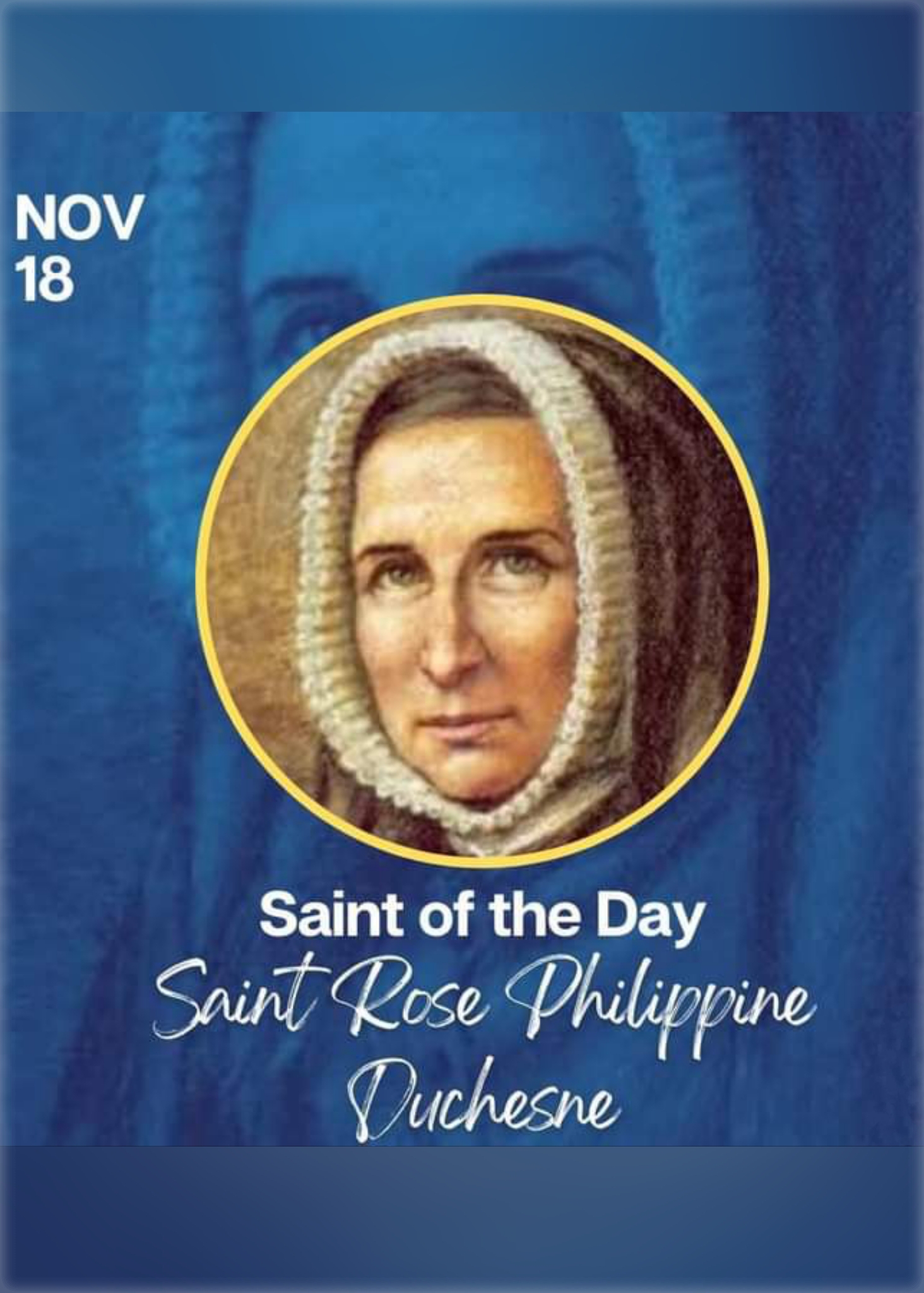 Rose Philippine was born in Grenoble, France, (29 August 1769 – 18 November 1852) of a family that was among the new rich. Rose learned political skills from her father and a love of the poor from her mother. The dominant feature of her temperament was a strong and dauntless will, which became the material—and the battlefield—of her holiness.

She entered the Visitation of Mary convent at 19, and remained despite family opposition. As the French Revolution broke, the convent was closed, and she began taking care of the poor and sick, opened a school for homeless children, and risked her life helping priests in the underground.

When the situation cooled, Rose personally rented the former convent, now a shambles, and tried to revive its religious life. The spirit was gone, however, and soon there were only four nuns left. They joined the infant Society of the Sacred Heart, whose young superior, Mother Madeleine Sophie Barat, would be her lifelong friend.

In a short time Rose was a superior and supervisor of the novitiate and a school. But since hearing tales of missionary work in Louisiana as a little girl, her ambition was to go to America and work among the Indians. At 49, she thought this would be her work. With four nuns, she spent 11 weeks at sea en route to New Orleans, and seven weeks more on the Mississippi to St. Louis.

She then met one of the many disappointments of her life. The bishop had no place for them to live and work among Native Americans. Instead, he sent her to what she sadly called “the remotest village in the U.S.,” St. Charles, Missouri. With characteristic drive and courage, she founded the first free school for girls west of the Mississippi.

Though Rose was as hardy as any of the pioneer women in the wagons rolling west, cold and hunger drove them out—to Florissant, Missouri, where she founded the first Catholic Indian school, adding others in the territory.

“In her first decade in America, Mother Duchesne suffered practically every hardship the frontier had to offer, except the threat of Indian massacre—poor lodging, shortages of food, drinking water, fuel and money, forest fires and blazing chimneys, the vagaries of the Missouri climate, cramped living quarters and the privation of all privacy, and the crude manners of children reared in rough surroundings and with only the slightest training in courtesy” (Louise Callan, R.S.C.J., Philippine Duchesne).

Finally at age 72, retired and in poor health, Rose got her lifelong wish. A mission was founded at Sugar Creek, Kansas, among the Potawatomi and she was taken along. Though she could not learn their language, they soon named her “Woman-Who-Prays-Always.”

While others taught, she prayed. Legend has it that Native American children sneaked behind her as she knelt and sprinkled bits of paper on her habit, and came back hours later to find them undisturbed. Rose Duchesne died in 1852, at the age of 83, and was canonized in 1988. Her liturgical feast is celebrated on 18 November.

O Lord, Divine Grace, you channeled Mother Duchesne’s iron will and determination into humility and selflessness, and to a desire not to be made superior.

She patiently let herself be criticized by younger nuns for not being progressive enough and for 31 years, she adhered to the line of a dauntless love and an unshakable observance of her religious vows. May we learn patience, tolerance and humble submission from this devoted Saint. In Jesus’ Name. Amen 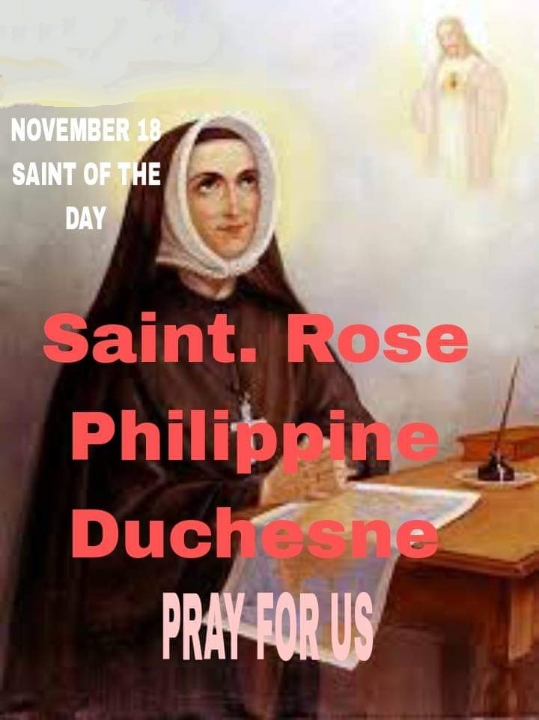