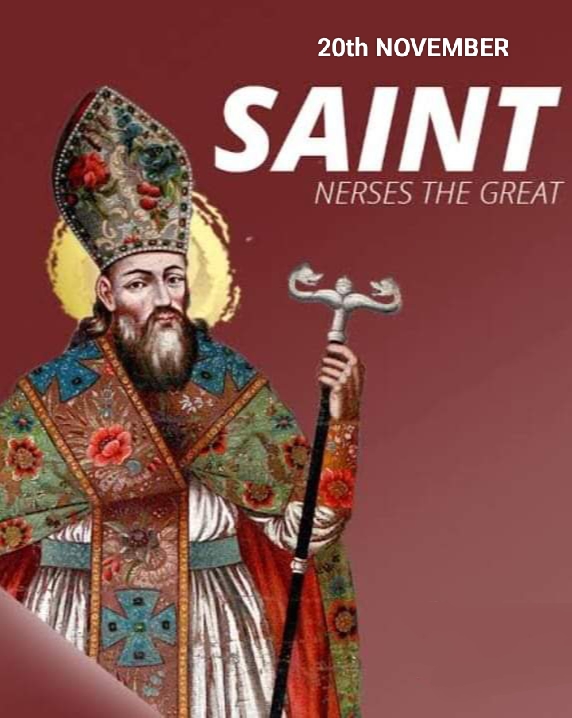 St. Nerses the Great was educated at Cappadocia. He married a princess called Sanducht, of the Mamikonian family. He was a Bishop and martyr. A native of Armenia, he studied in Cappadocia and wed the princess who gave birth to Isaac. After the death of his wife, he was appointed sword-bearer to Arsacid king Arsaces II (Arshak II). A few years later, having entered the ecclesiastical state, he was elected Catholicos in 353.

His patriarchate marks a new era in Armenian history. Until that point, the Church had been more or less identified with the royal family and the nobles. Nerses brought it into closer connection with the people. At the Council of Ashtishat he promulgated numerous laws on marriage, fast days, and divine worship. He built schools and hospitals, and sent monks throughout the land to preach the Gospel.

Nerses held a synod at Ashtishat that, among other things, forbade people to marry their first cousin and forbade mutilation and other extreme actions in mourning. Some of these reforms drew upon him the king’s displeasure, and he was exiled. During the latter part of Arshak’s reign Nerses went to Constantinople to ensure the emperor’s support of Armenia against the Persians. According to historian Faustus of Byzantium, Roman emperor Valens became outraged at Nerses condemning his following of the teachings of Arius and sent Nerses into exile.

While Nerses was in exile in Xad, he was the leader of the church in Armenia. Upon the accession of pro-Arian king Papas (Pap) in 369, Nerses returned to his See. Nerses devoted his efforts to reforming the Armenian Church, including convening a synod in 365 based on the principles he had studied under St. Basil at Caesarea.

Though he had established hospitals and monasteries, his reforms and denunciation of King Arshak’s murder of the queen led to his exile. He returned after Arshak’s death in battle, but relations were not much better with the new Armenian ruler, Pap, whose dissolute lifestyle caused Nerses to refuse him admission into church. Nerses was invited to a royal banquet at Khakh, on the Euphrates River, and was assassinated by poison.

Almighty God, you appointed Saint Nerses, to be a martyr, a faithful and fervent follower of your laws, fearless in carrying out his Christian duties. In the face of persecution and exile, he stood strong to his principals and sent the servants of God and of the Church on missions to spread your Holy Word.

Assist all of us to adhere to the faith, especially in tough situations, knowing that we have a righteous and invincible God standing with us and we will be victorious, in Jesus’ Name. Amen 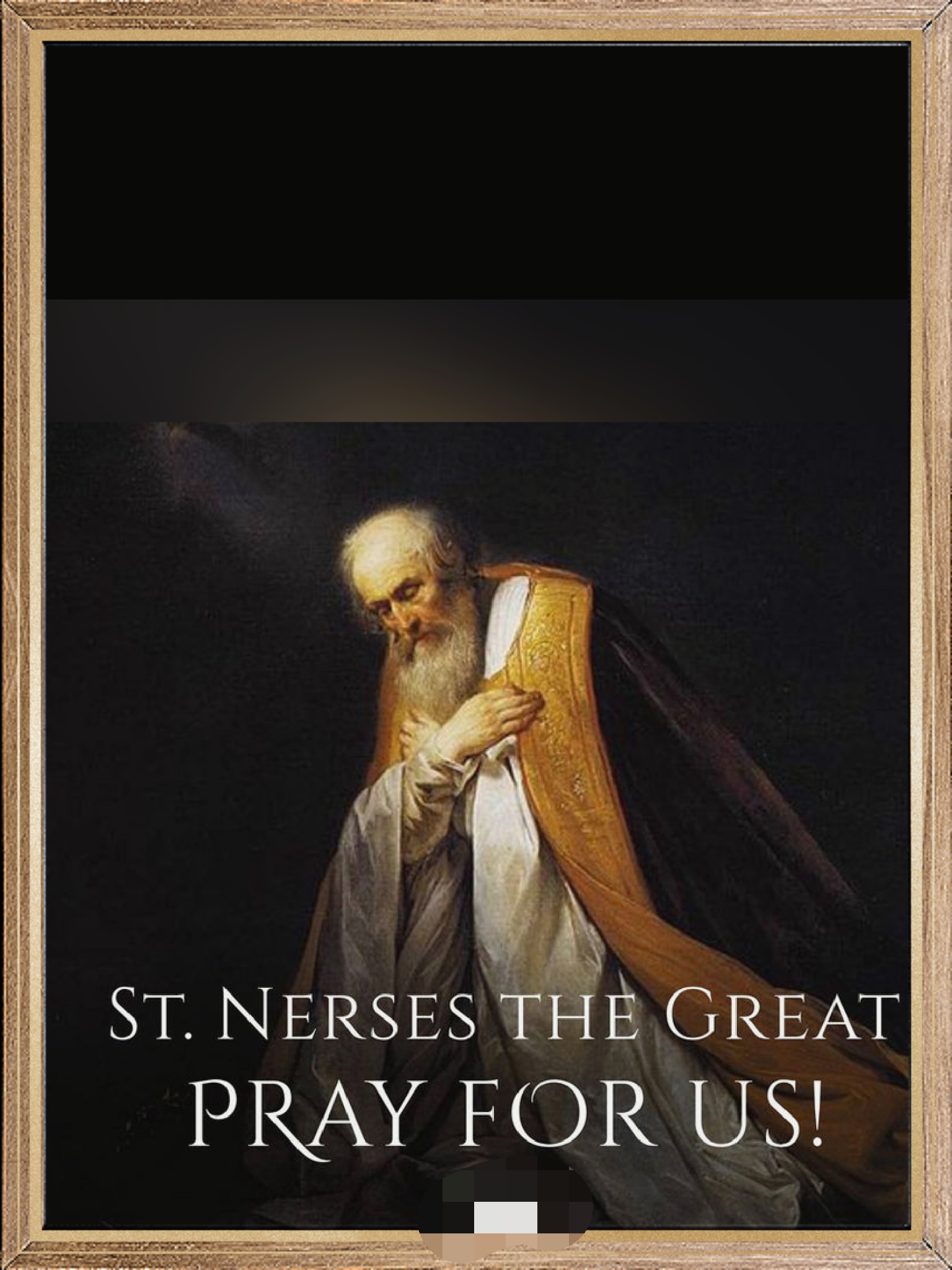 Saint Nerses the Great, pray for us all.