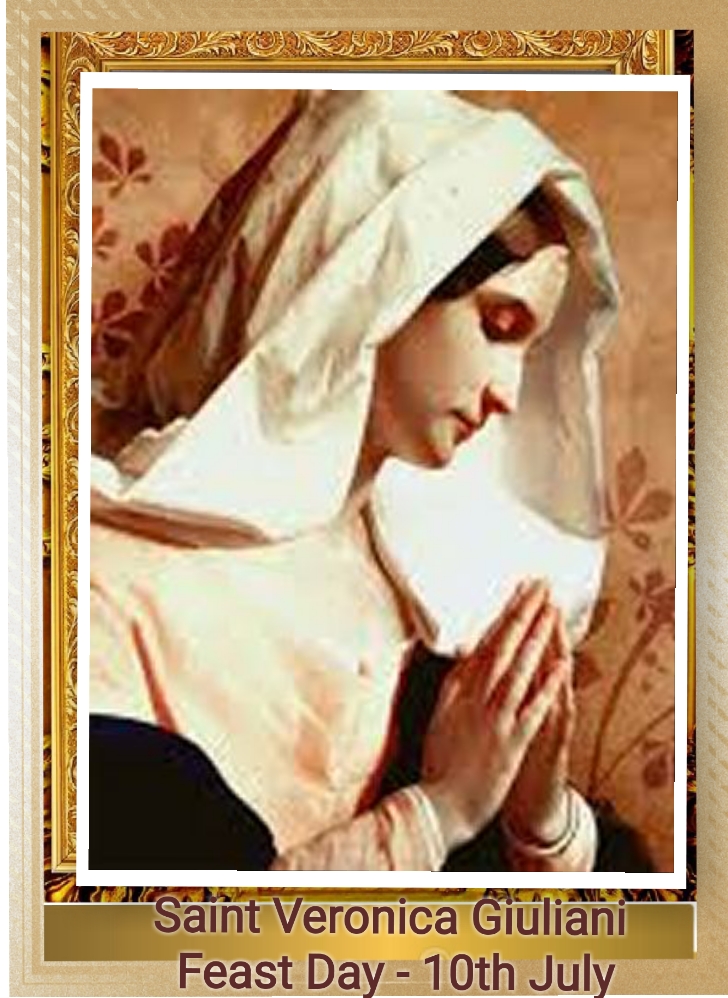 Veronica Giuliani (also “Veronica de Julianis”; 27 December 1660 – 9 July 1727) was an Italian Capuchin Poor Clares nun and mystic. She was canonized by Pope Gregory XVI in 1839. Veronica Giuliani was born in 1660 in Mercatello, a small village in Central Italy (Marche), into a middle class family. She was the last of seven children.

It is said that when her mother Benedetta was dying she called her five daughters to her bedside and entrusted each of them to one of the five wounds of Jesus. Veronica was entrusted to the wound below Christ’s heart. Baptized with the name Orsola, she received a deeply religious education made of frequent prayers and exercises in self-denial. A profound longing for suffering as a path toward self-impoverishment is the core of her mysticism, which makes her one of the most original Franciscan visionaries.

As she details in her diary, at the age of three or four, she saw the baby Jesus gather some flowers while she was in the kitchen garden of her father’s house. The first words she heard Jesus say were “I am the true flower.” This first mystical disclosure instilled in her an almost unbearable desire to spurn the world to follow Christ. She developed an ardent devotion for all pictures of the Virgin Mary with the baby Jesus. 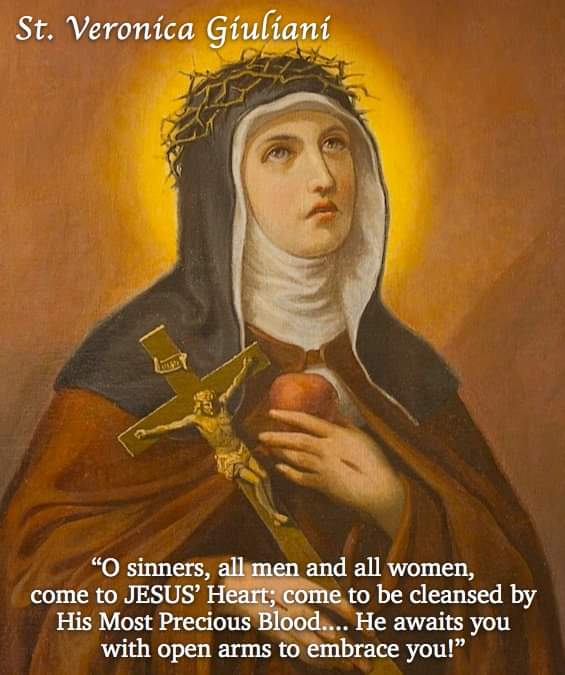 She kissed them and asked the Mother of God to let her hold the child. Seeing her so restless, her mother and older sisters thought that she was crazy (impazzita). Her mother passed away when she was seven and, in her testament, bequeathed each of her five daughters one of Christ’s wounds. Orsola received the wound in his side.

The Word’s bleeding side will be one of two central images of her raptures, the other being Christ’s and her own bleeding heart. From 1669 to 1672, she lived with her father in Piacenza. Going against her father’s will, she entered the Capuchin convent of Città di Castello in 1677. As a result of her sharp disagreement with the Mother Superior and the other sisters, in 1697 she was reported to the Holy See.

Veronica was thus subjected to numerous humiliating interrogations and physical inspections. Stripped of every role within the convent, she was forced to live in complete isolation. After a short respite, Veronica’s ordeal resumed when she was assigned to a young confessor who treated her as if she were a witch, and exposed her to forms of public humiliations. 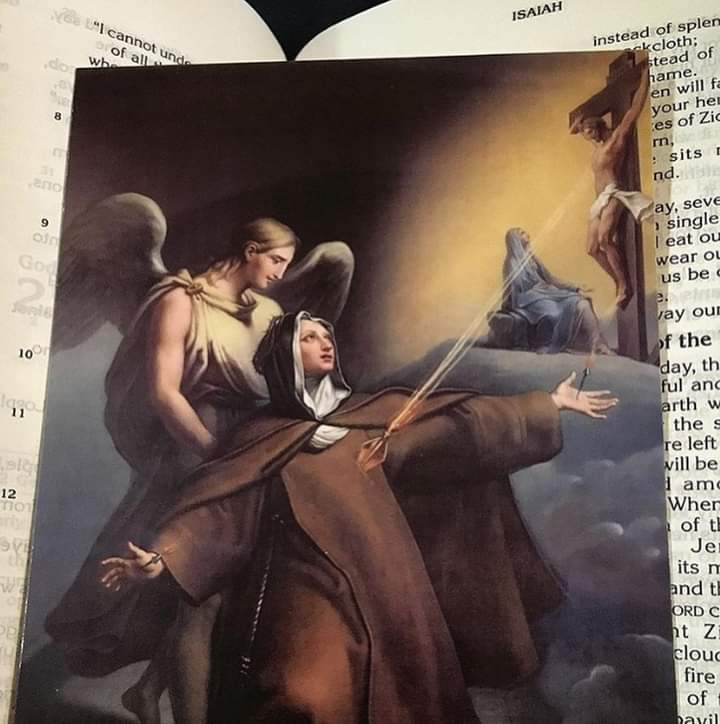 For instance, she was compelled to swallow insects and lick feces. In 1716, after the Holy See reinstated her rights, she was elected Mother Superior. Veronica died on July 6th, 1727. In 1693, the almost illiterate Veronica had been forced to learn how to write in order to provide the religious authorities with a daily and detailed record of her mystical
experiences. As the visionary herself makes clear in a number of entries, for her the act of writing was a form of abjection, which she perceived as the core of her mysticism.

Her vast and still unexplored journal (thousands of hand-written pages, plus five different versions of her autobiography that she started writing sometime in 1700) is one of the most intense mystical works of the Christian tradition. The only available edition of her complete journal deeply betrays the language and syntax of the original. 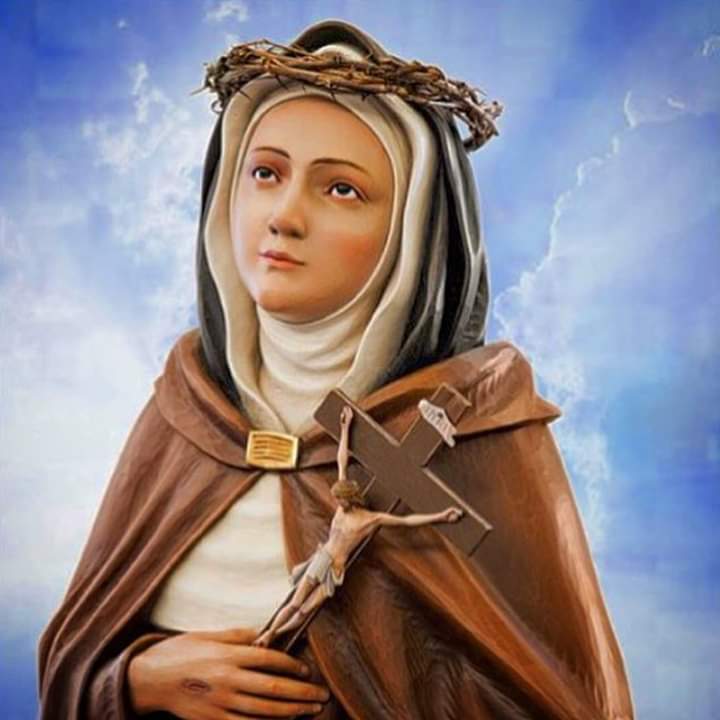 Veronica Giuliani’s work in fact reads as a transcription of an oral confession, dominated by a loose syntax and an erratic punctuation, parenthetic expressions, and frequent colloquialisms or terms in dialect. Even before entering the convent, Veronica Giuliani understood that meditation (orazione mentale) would be the primary way to respond to certain “secret invitations” (segreti inviti) coming from within her heart, and which manifested themselves as intense requests for suffering.

When she became a novice, Veronica expressed these feelings to the Jesuit (probably Father Francesco Mazzagalli) who was teaching her Saint Ignacio’s spiritual exercises. This Jesuit reminded her that, in order to answer God’s invitations, she had to pursue suffering with all her love. Through the pursuit of suffering, the mystic at once endeavors to follow Christ’s model and attain a complete self-annihilation. 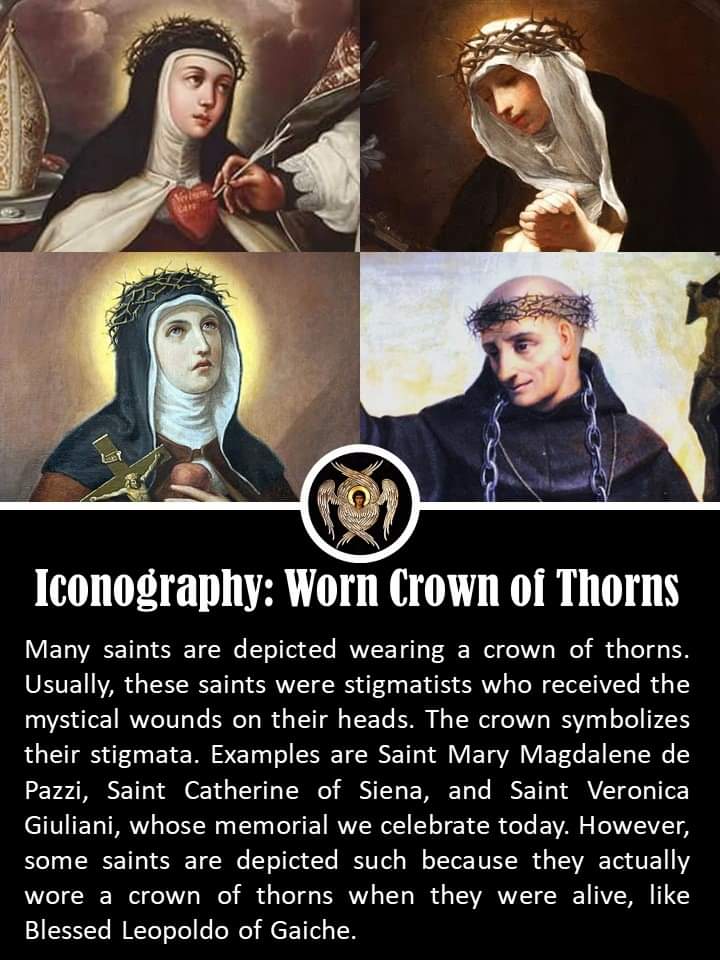 Veronica Giuliani’s mystical insights could be compared to an infinite series of baroque devotional emblems on the image of the heart. She explains for a long time she had a barely controllable desire to inscribe the name of Jesus (I. H. S.) on her heart with a knife. In 1696, her confessor gave her permission to open a wound over her heart.

Back in her cell, Veronica had an “intellectual vision” (una visione intellettuale) during which she saw herself taking her small knife and using its blade as a pen on her chest. During this rapture, Veronica also wrote a “statement” (protesta) with the blood oozing from her wound, in which she announced to the Lord her complete abandonment to his will. 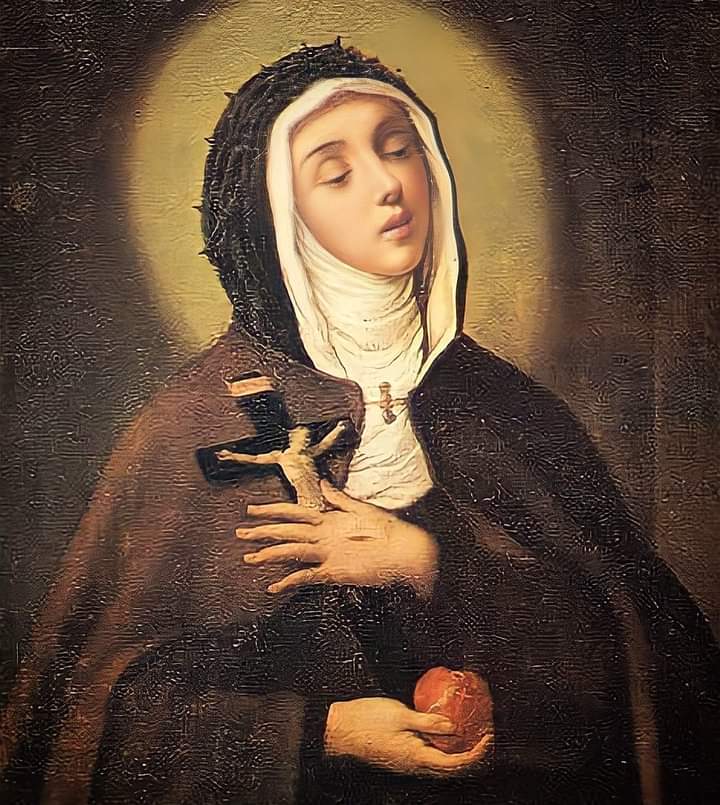 In this occasion, she also donated her heart to him. Throughout her journal, we read of the opening and closing of her wound, which signifies the beginning and the end of a vision. In fact, the opening of the wound in her body mirrors the opening of a mystical wound in her heart. The Word and the mystic conversed through infinite variations on this visual theme.

The Process of her sanctification lasted twelve years, from 1846 to 1858. She invites us to participate in the suffering love of Jesus Crucified for the salvation of all sinners; she invites us to fix our gaze on Heaven, the destination of our earthly journey, where we shall live together with so many brothers and sisters the joy of full communion with God; she invites us to nourish ourselves daily with the Word of God, to warm our hearts and give our life direction. Her last words can be considered the synthesis of her passionate mystical experience: “I have found Love. Love has let himself be seen!”. 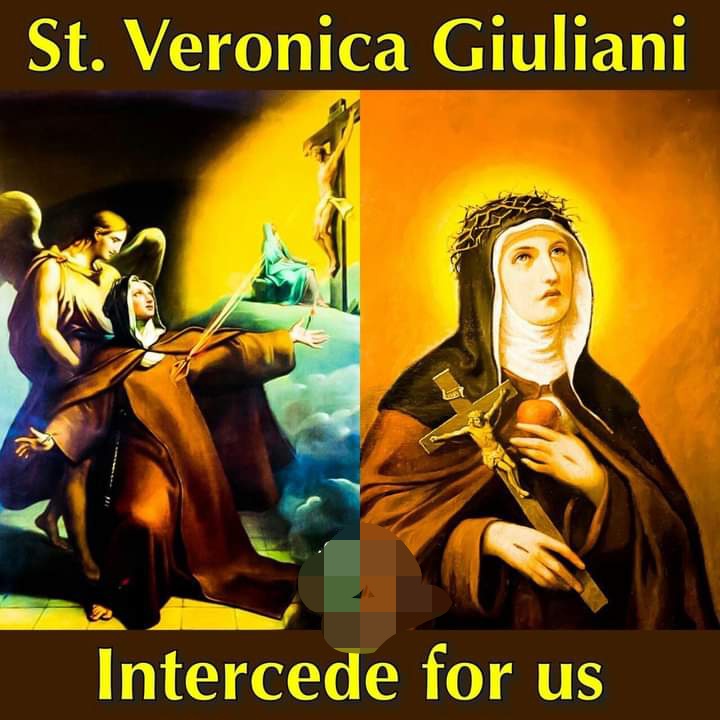 Lord our God, you granted the stigmata to the venerable saint, Veronica Giuliani. You alone know the deepest reasons, but the external sign of the cross is a confirmation of her complete and zealous commitment to the cross in her life.

Grant us, we pray, the singular devotion of the love for you, our Lord and our God, and charity towards our neighbor, in Christ our Lord. Amen 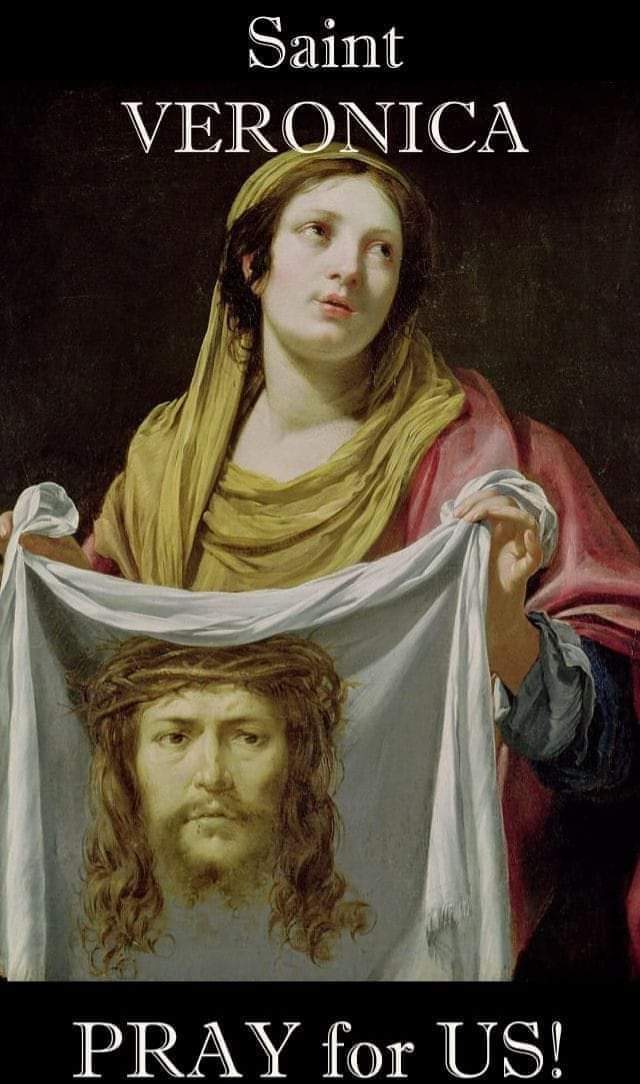 Saint  Veronica Giuliani, pray for us.