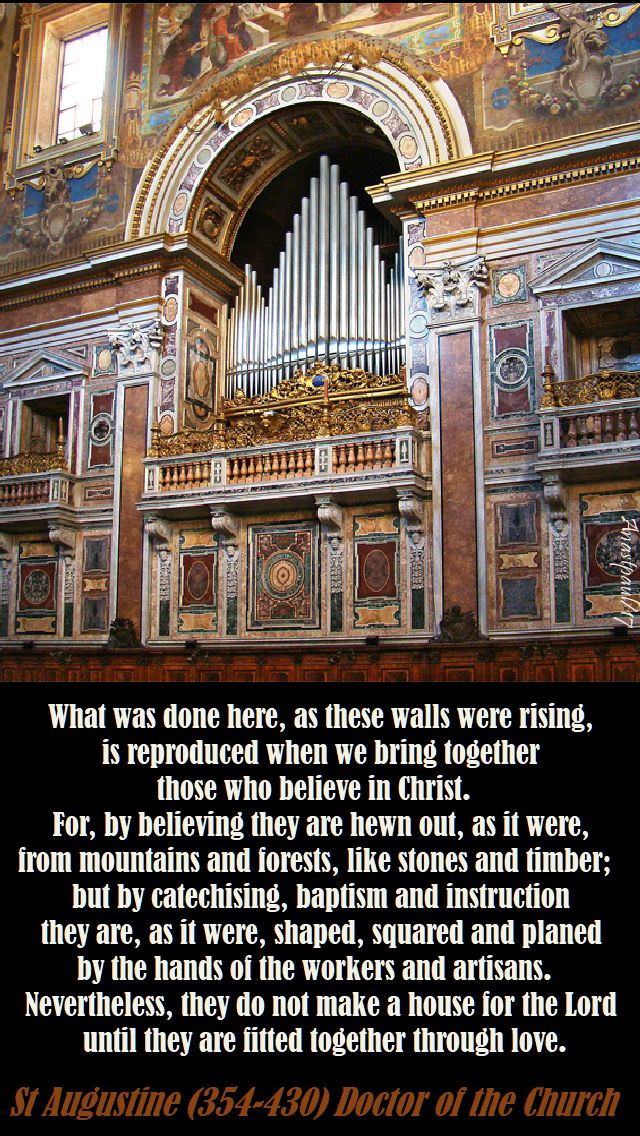 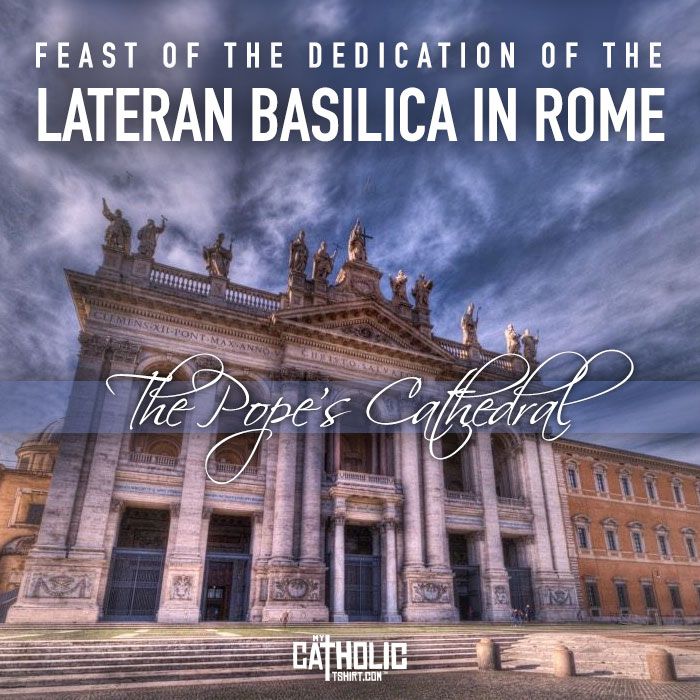 The Cathedral of the Most Holy Savior and of Saints John the Baptist and John the Evangelist in the Lateran, also known as the Papal Archbasilica of Saint John Lateran, or the Lateran Basilica, is the cathedral church of the Diocese of Rome in the city of Rome, serving as the seat of the Pope. It lies outside Vatican City, and the archbasilica and its adjoining edifices enjoy an extraterritorial status from Italy, according to the terms of the Lateran Treaty of 1929.

Long before the construction of the Vatican, Saint John Lateran was the home of the popes and the focal point for the Church. Founded in 324, the church is the oldest, highest ranking of the four papal major basilicas, holding the unique title of “archbasilica”. It houses the cathedral of the Roman bishop, and has the title of ecumenical mother church of the Roman Catholic faithful. Deteriorating during the Middle Ages, it was badly damaged by two fires in the 14th century, but was rebuilt in the late 16th century during the reign of Pope Sixtus V. The new structure’s interior was renovated in the late 17th century, and its façade was completed in 1735 under Pope Clement XII.

Pope Clement XII, in the fifth year of his Pontificate, dedicated this building to Christ the Savior, in honor of Saints John the Baptist and John the Evangelist. As the Cathedral of the Pope as Bishop of Rome, it ranks superior to all other churches of the Roman Catholic Church, including Saint Peter’s Basilica. The feast of the Dedication of the Basilica of St. John Lateran is celebrated by the entire Church and marks the dedication of the cathedral church of Rome by Pope Sylvester I in 324.

The basilica was originally named the Archbasilica of the Most Holy Savior. However, it is called St. John Lateran because it was built on property donated to the Church by the Laterani family, and because the monks from the monastery of St. John the Baptist and St. John the Divine served it. Known as the “Mother Church” of Christendom and the “Parish Church of all Catholics,” the Basilica of St. John is the main church of the Holy Father Pope Francis as the bishop of Rome. It is also the cathedral of the Diocese of Rome.

In the eighth chapter of his Confessions, Saint Augustine relates the story of an old and learned Roman philosopher named Victorinus. As a venerable pagan, Victorinus had thundered for decades about the monster gods, dark idols, and breathless demons in the pantheon of paganism. But Victorinus assiduously studied Christian texts and whispered to a friend one day, “You must know that I am a Christian.” The friend responded, “I shall not believe it, until I see you in the Church of Christ”. Victorinus, though mocked that it was a church only for its walls, finally did pass through the doors of a Catholic church to humbly bow his head to receive Holy Baptism, proving that a church has walls, nonetheless.

Basilicas have certain spiritual, historical, or architectural features by which they earn their special designation. Considered only architecturally, a basilica is large and rectangular, built for public meetings. When Christianity was legalized, its faithful spilled out of their crowded house churches and into the biggest spaces then available, the basilicas of the Roman Empire. If Christians had met in arenas, then that word would have been adopted for ecclesial usage instead of basilica.

The Laterani were an ancient Roman noble family whose members served several Roman Emperors. The family built a palace carrying their name on a site which in the fourth century came into the possession of the Emperor Constantine, who then turned it over to the bishop of Rome. An early pope enhanced and enlarged the basilica style palace into a large church, which, in turn, became the oldest and most important papal church in the eternal city.

With the Avignon papacy ensconced far from Rome for seven decades, the Lateran Basilica, after being damaged in the fires, gave place to the apostolic palace, eventually built next to St. Peter’s Basilica on the Vatican hill, which has been the seat of the successors of Saint Peter ever since. The Lateran Basilica retains its venerable grandeur, despite now being a baroque edifice with a few architectural traces of its ancient history. Beautiful churches are precious heirlooms passed down from one generation to the next in God’s family, and have to be venerated as such.

Heavenly Father, we praise You more worthily when we are surrounded by the holy images in Your holy churches. Through Your grace, inspire us to render You due homage in the houses of God where Your presence burns brighter than anywhere else.

O God, who from living and chosen stones prepare an eternal dwelling for your majesty, increase in your Church the spirit of grace you have bestowed, so that by new growth your faithful people may build up the heavenly Jerusalem. Through our Lord Jesus Christ, your Son, who lives and reigns with you in the unity of the Holy Spirit, God, for ever and ever. Amen 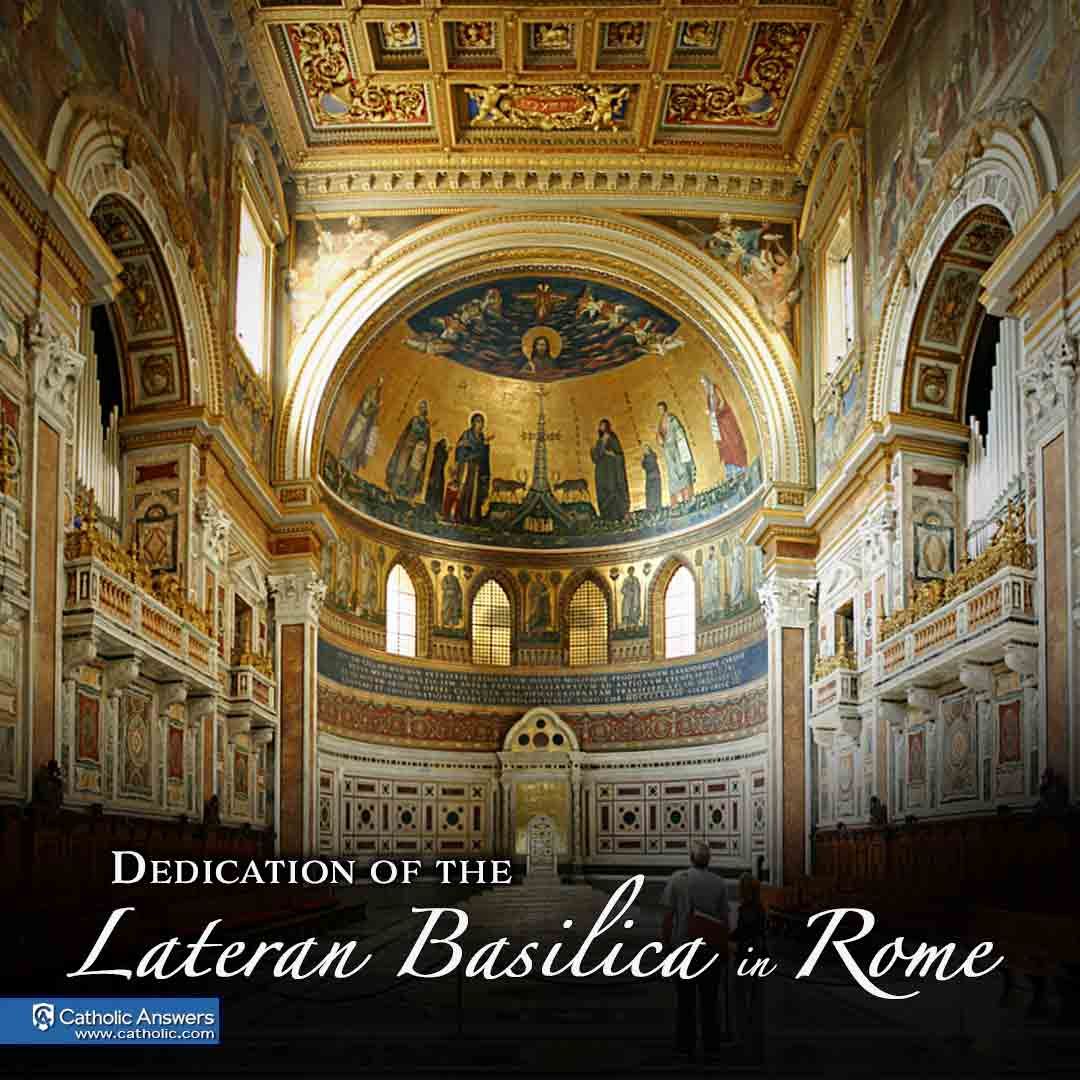