FEAST OF THE EXALTATION OF THE HOLY CROSS – 14th SEPTEMBER 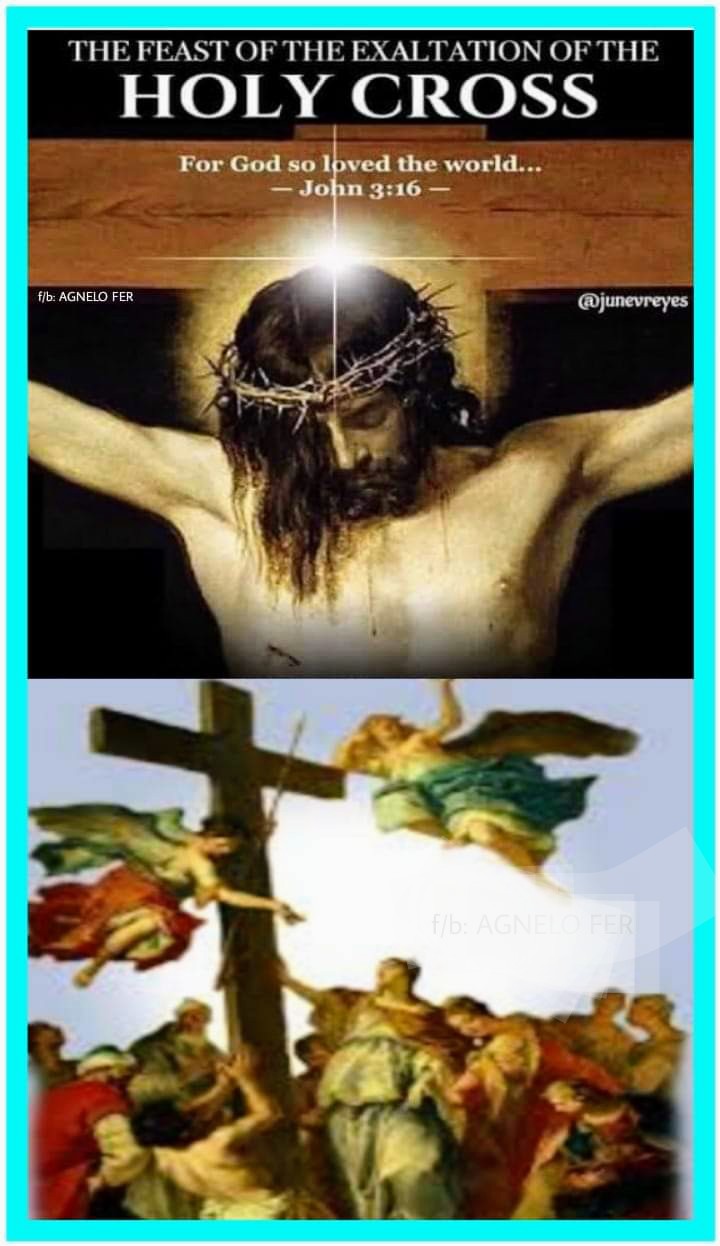 THE FEAST OF THE EXALTATION OF THE HOLY CROSS – 14th SEPTEMBER 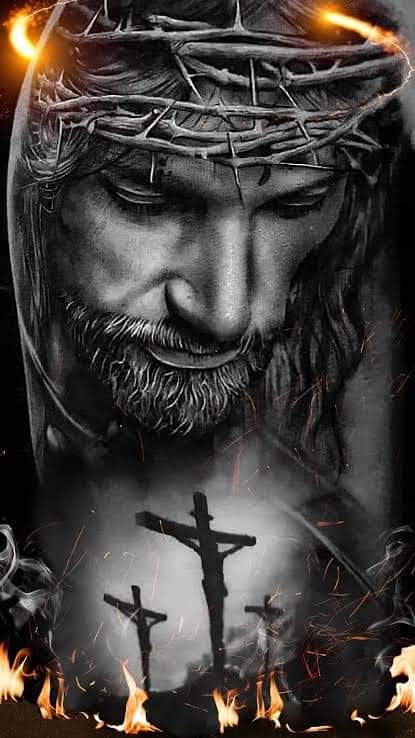 Then he said to them all: Whoever wants to be my disciple must deny themselves and take up their cross daily and follow me. – Luke 9:23

Early in the fourth century, Saint Helena, mother of the Roman Emperor Constantine, went to Jerusalem in search of the holy places of Christ’s life. She razed the second-century Temple of Aphrodite, which tradition held was built over the Savior’s tomb, and her son built the Basilica of the Holy Sepulcher on that spot. During the excavation, workers found three crosses. Legend has it that the one on which Jesus died was identified when its touch healed a dying woman. 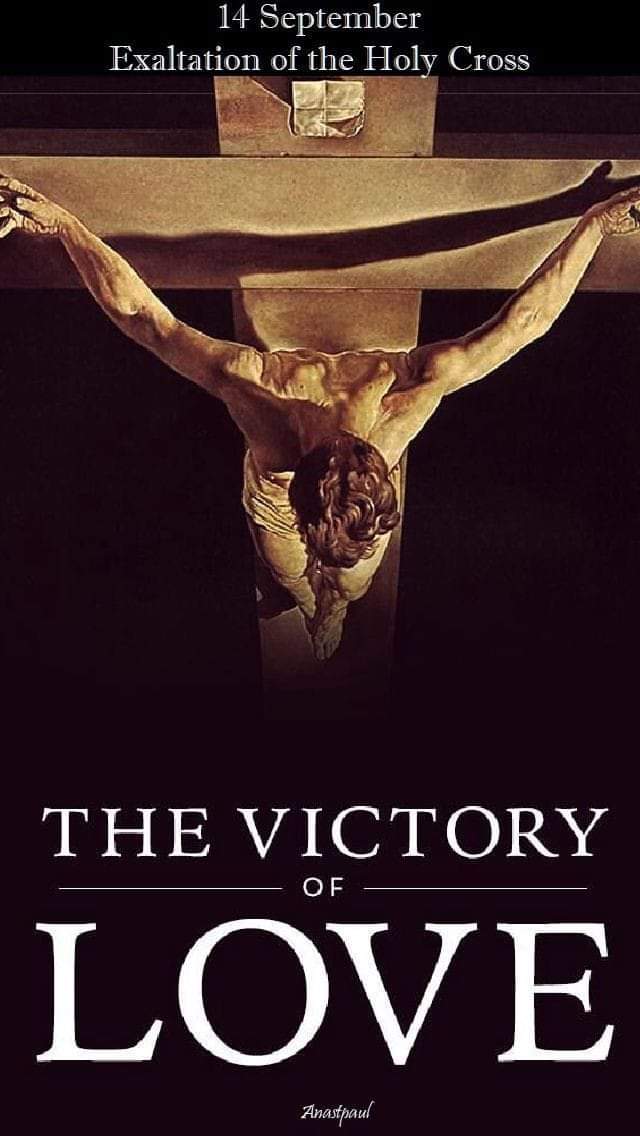 The cross immediately became an object of veneration. At a Good Friday celebration in Jerusalem toward the end of the fourth century, according to an eyewitness, the wood was taken out of its silver container and placed on a table together with the inscription Pilate ordered placed above Jesus’ head: Then all the people pass through one by one; all of them bow down, touching the cross and the inscription, first with their foreheads, then with their eyes; and, after kissing the cross, they move on. 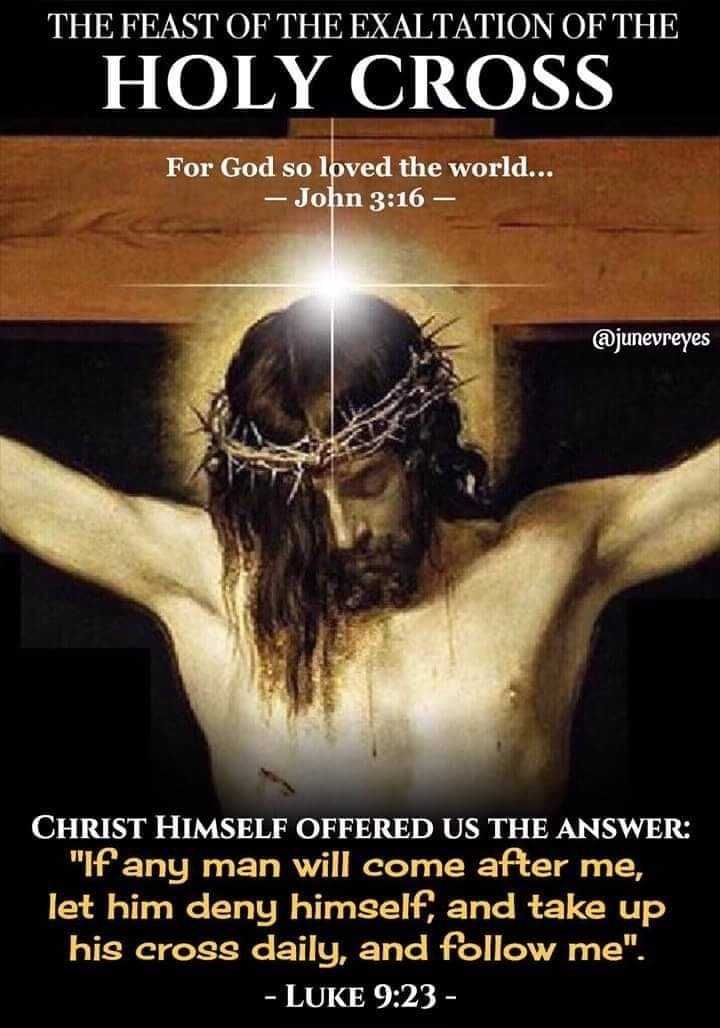 To this day, the Eastern Churches, Catholic and Orthodox alike, celebrate the Exaltation of the Holy Cross on the September anniversary of the basilica’s dedication. The feast entered the Western calendar in the seventh century after Emperor Heraclius recovered the cross from the Persians, who had carried it off in 614 AD, 15 years earlier. According to the story, the emperor intended to carry the cross back into Jerusalem himself, but was unable to move forward until he took off his imperial garb and became a barefoot pilgrim. 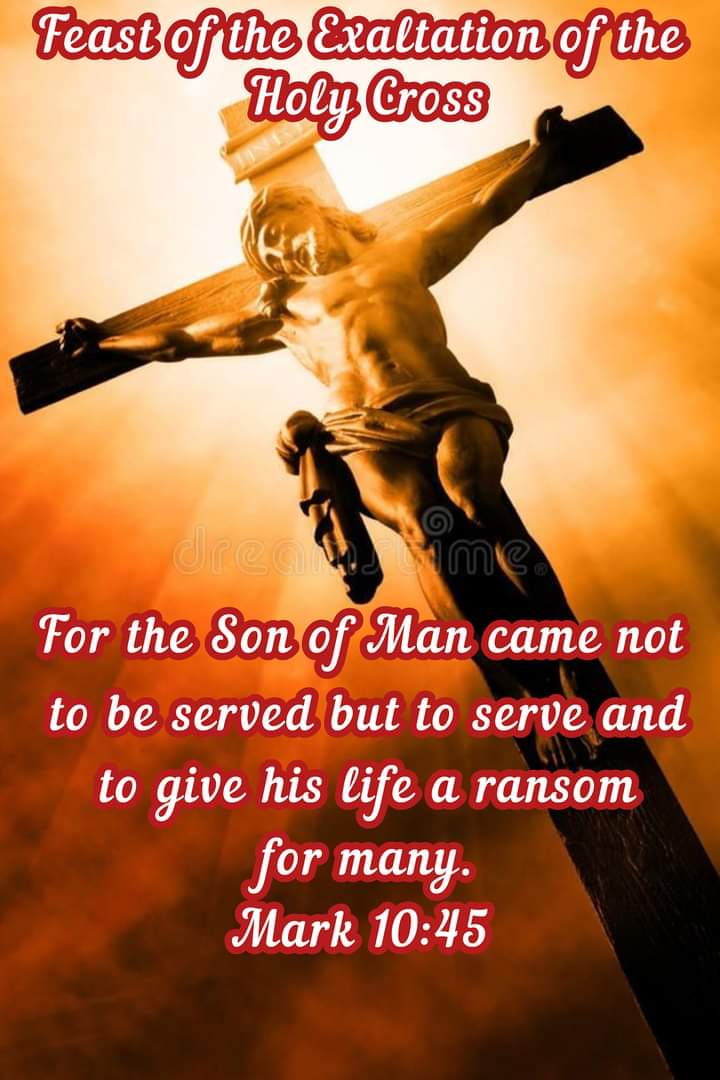 Oh, Adorable Lord and Savior Jesus Christ, You have suffered death on the Cross for our sins. Oh, Holy Cross of Jesus, be my true light! Fill my soul with good thoughts, ward off from me all things that are evil, ward off from me all dangers and death and give me life everlasting! Oh, Crucified Jesus of Nazareth, have mercy on me now and forever.

In honor of Your Precious Blood, Lord Jesus, Your death, resurrection and ascension which leads to everlasting life, true as You were born on Christmas Day, true as You were crucified on Good Friday, true as Joseph and Nicodemus took You down from the cross and buried You, true as You ascended into Heaven, may You preserve us from our enemies visible and invisible forever.

Oh, Lord Jesus Christ have mercy on us. Through Your suffering on the Cross, grant me strength to bear my Cross without fear or dread and give me the grace that we may follow You, to live evermore in the place you have secured for us, wholly sanctified and justified, and worthy to gaze on the pure countenance of the Father. We ask this in Your Name. Amen 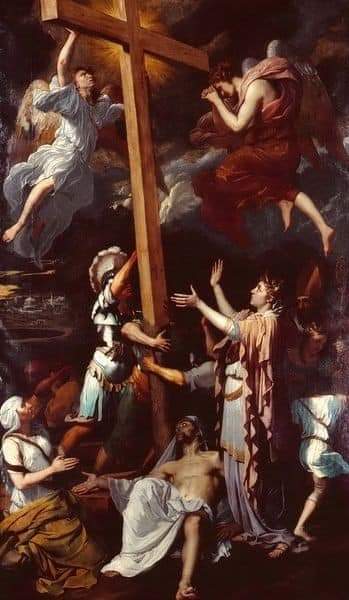 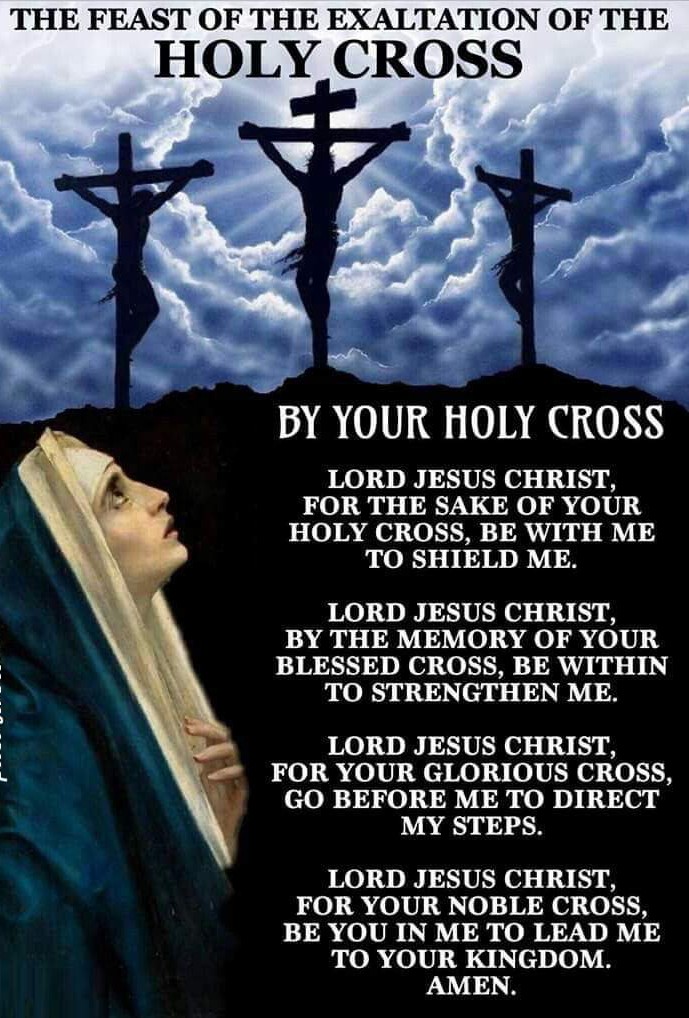