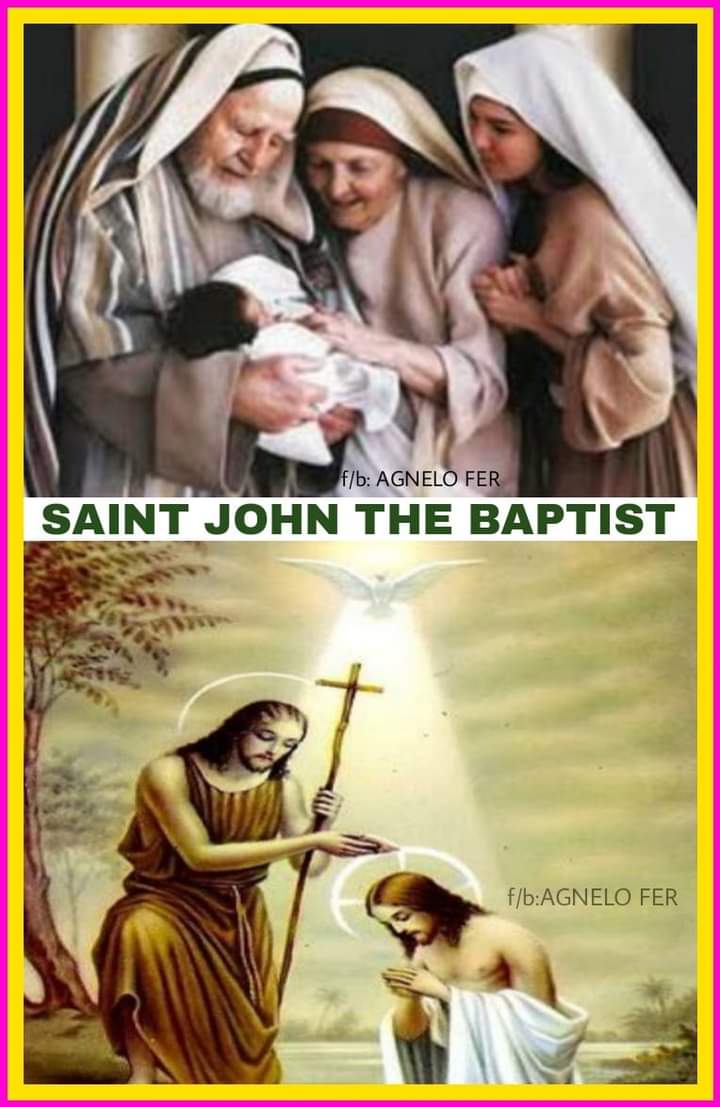 When the time arrived for Elizabeth to have her child she gave birth to a son. Her neighbors and relatives heard that the Lord had shown his great mercy toward her, and they rejoiced with her. When they came on the eighth day to circumcise the child, they were going to call him Zechariah after his father but his mother said in reply, “No. He will be called John.” But they answered her, “There is no one among your relatives who has this name.” So they made signs, asking his father what he wished him to be called. He asked for a tablet and wrote, “John is his name,” and all were amazed. Immediately his mouth was opened, his tongue freed, and he spoke blessing God. Then fear came upon all their neighbors, and all these matters were discussed throughout the hill country of Judea. All who heard these things took them to heart, saying, “What, then, will this child be?” For surely the hand of the Lord was with him.
Lk. 1:57-64. 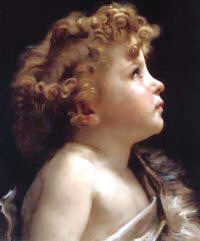 Jesus himself said, “Amen, I say to you, among those both of women there has been none greater than John the Baptist” – Mt. 11:11

Today, we celebrate the Solemnity of the Nativity of Saint John the Baptist. For the Church, this is a special day—one of the only feast days of a saint falling on the date of birth, rather than the date on which the saint died (Of course, we also celebrate the beheading of Saint John the Baptist in August). Ordinarily the Church observes the day of a saint’s death as his feast, because that day marks his entrance into heaven. 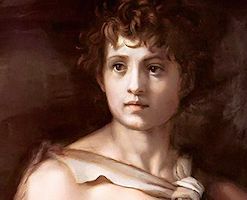 To this rule there are two notable exceptions, the birthdays of Blessed Mary (celebrated on September 8) and of Saint John the Baptist. All other persons were stained with original sin at birth, preventing a liturgical celebration of the event. But through the grace of God—in preparation for her special role as Mother of God– Mary, from the first moment of her existence, was free from original sin.

Similarly, John was cleansed of original sin in the womb of his mother, jumping for joy at the greeting of Mary to Elizabeth during her visitation (the second Luminous Mystery of the Holy Rosary). So, today, the Nativity of Saint John the Baptist, is a special day for the Church.

Saint Augustine said – Apart from the most holy solemnity commemorating our Savior’s birth, the Church keeps the birthday of no other person except that of John the Baptist. (The feasts of the Immaculate Conception and of the Nativity of the Blessed Virgin had not yet been introduced when he wrote this.) 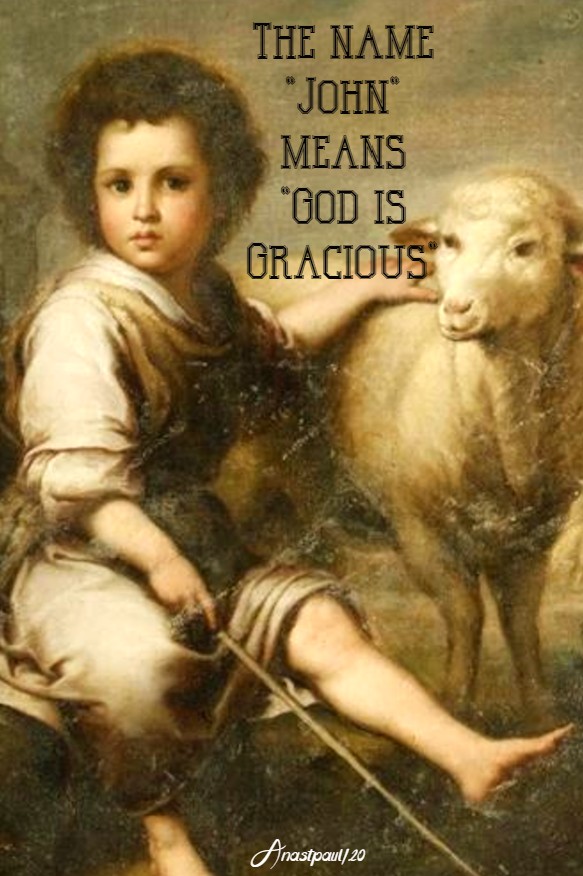 In the case of other saints or of God’s chosen ones, the Church, as you know, solemnizes the day on which they were reborn to everlasting beatitude after ending the trials of this life and gloriously triumphing over the world.

“For all these the final day of their lives, the day on which they completed their earthly service is honored. But for John the day of his birth, the day on which he began this mortal life is likewise sacred. The reason for this is, of course, that the Lord willed to announce to men His own coming through the Baptist, lest if He appeared suddenly, they would fail to recognize Him. John represented the Old Covenant and the Law. Therefore he preceded the Redeemer, even as the Law preceded and heralded the new dispensation of grace.”

Saint John the Baptist is, therefore, the Precursor of Christ, the forerunner of the Son of Justice, the minister of baptism of Jesus. His birth prepared the way for the coming of Our Lord and Savior, for the coming of salvation for all.

John was born to Elizabeth, the “cousin” of Mary, and Zechariah, an elderly man and priest at the Temple of Jerusalem. Elizabeth, also in advanced age, was childless and sterile, although both she and Zechariah very much wished to conceive. According to the Gospel of Luke, John’s birth was foretold by the angel Gabriel to Zechariah while he was at work in the Temple.

However, he did not believe, and was struck mute until he named his son John. John, the cousin of Jesus, the infant who leapt in the presence of the Lord prior even to his birth in purity, grew and began his public ministry—one which prepared the way for Christ. In this way, his birth and life anticipated that of Jesus. Both births were foretold by message of an angel—one to a virgin, one to a woman unable to conceive.

Both men brought all to faith—one through baptism by water, one by the Spirit. The people were amazed because of this child, as well as by this sterile couple, who were advanced in age, who had a son. Their wonder was illuminated by faith. This is why they “took to heart” what they had heard and what they saw, and they praised God.

Their amazement was accompanied by the awareness that they did not understand everything
“What, then, will this child be?” This is a legitimate question since if they had understood everything, God would not have been a part of it! 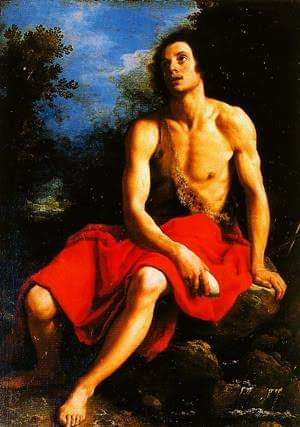 “The birth of John the Baptist is surrounded by a joyous sense of wonder, surprise and gratitude…. The faithful people sense that something great has occurred, even though it is humble and hidden…. The people are able to live the faith with joy, with a sense of wonder, of surprise and of gratitude. Do I feel a sense of wonder when I see the Lord’s works, when I hear about evangelization or the life of a saint?… Am I able to feel the Spirit’s consolation or am I closed?” (Pope Francis, Angelus, 24 June 2018)

Those who were present for his circumcision want to give the baby his father’s name, Zechariah. But something out of the ordinary happens – Elizabeth intervenes and says his name must be John. This was the name that God himself had indicated through the angel: “Do not be afraid, Zechariah, your prayer has been heard. Your wife Elizabeth will bear you a son, and you shall name him John” (Lk. 2:13). Zechariah had at first demonstrated unbelief toward God which left him mute. Now, obeying God’s request – you shall name him John – a new story began. 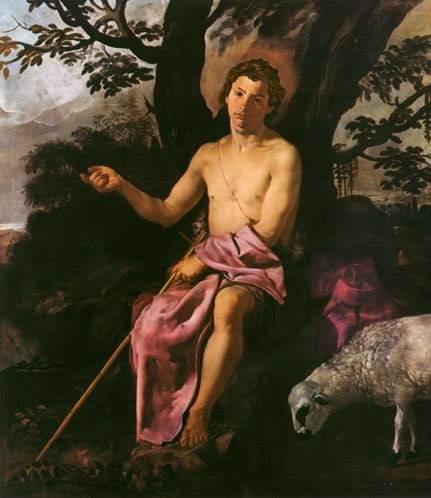 The text makes us understand what has opened up. An old, barren woman gives birth to a son; an old mute man speaks. These two signs attest that where things seem impossible, God always holds a possibility in store as the prophet Isaiah recalls: “See, I am doing something new! Now it springs forth, do you not perceive it?” (Is. 43:19)

John left his father’s home—giving up considerable honor and privilege (and even some riches, perhaps!)– and went into the desert when he was just an adolescent (scholars estimate between 12 and 15 years old). There, in the desert near the river Jordan, he entered into a contemplative life of hermitude, communing with the Lord in silence. He began a life of mortification and penance, wearing a camel-hair shirt, and sustaining his body with locusts and honey. Soon, he gained notoriety as a pious and holy man, and people flocked to him for baptism in the river. He preached reformation of life.

John served the Lord until the age of 29, at which time the angel of the Lord appeared to him, instructing him to proclaim the coming of Christ, preach penance, and to continue baptizing the many. The angel also informed John that Jesus was the Savior of the World, whom John should baptize (the Second Luminous Mystery of the Holy Rosary), and upon whom the Holy Spirit would descend in the form of a dove. 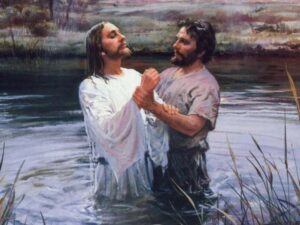 Jesus called John the greatest of all those who had preceded him. But John would have agreed completely with what Jesus added: “Yet the least in the kingdom of God is greater than he.” (Luke 7:28). Saint John lived the words “He must increase; I must decrease,” (John 3:30) believing them to the core of his being.

His purpose was to prepare the way for Jesus. The baptisms John performed were baptisms of repentance and reformation. But the baptisms that Jesus would bring to the world would be through the Holy Spirit and fire. John recognized his role, his insignificance in comparison to the greatness of Christ, and proclaimed himself unworthy to even carry the sandals of Jesus. He said:

“The one who comes from above is above all; the one who is from the earth belongs to the earth, and speaks as one from the earth. The one who comes from heaven is above all. He testifies to what he has seen and heard, but no one accepts his testimony. The man who has accepted it has certified that God is truthful. For the one whom God has sent speaks the words of God, for God gives the Spirit without limit. The Father loves the Son and has placed everything in his hands. Whoever believes in the Son has eternal life, but whoever rejects the Son will not see life, for God’s wrath remains on him.” (John 3: 31-36) 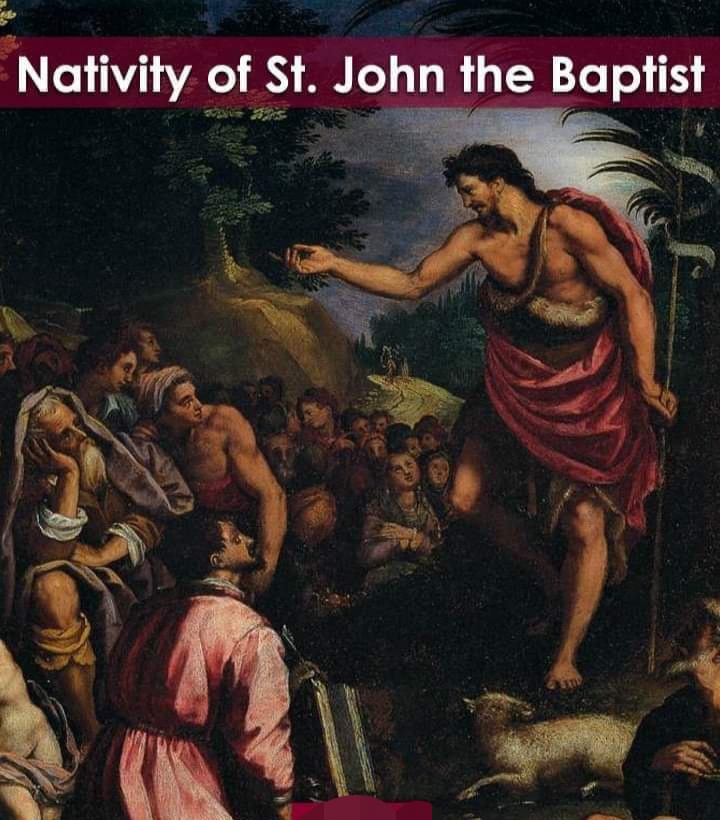 Today is a special day for the Church, for all the faithful! In the words of Blessed Guerric of Igny (c.1080 -1157), Cistercian abbot, from his sermon on the Nativity of Saint John the Baptist:

“Rightly, then, did the birth of this child make many rejoice then and does make many rejoice today: born in the old age of his parents he was to preach the grace of rebirth to an aging world. Rightly does the Church solemnly venerate this birth, which is wonderfully brought about by grace and at which nature wonders. To me certainly the birth of the world’s Lamp (John 5:35) brings fresh joy, for it enabled me to recognize the true Light shining in the darkness but not mastered by the darkness, (Jn1,5.9).

His birth brings me a joy utterly unspeakable, for so many outstanding benefits accrue to the world through it. He is the first to give the Church instruction, to initiate it by penance, to prepare it by baptism. When it is prepared he delivers it to Christ and unites it with him, (John 3:29). He both trains it to live temperately and, by his own death, gives it the strength to die with fortitude. In all these ways he prepares for the Lord a perfect people, (Luke 1:17).” 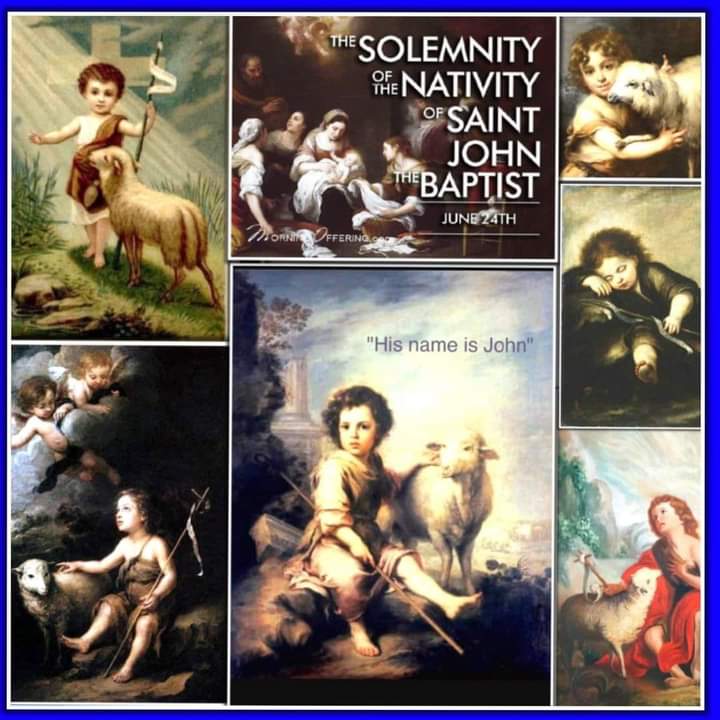 All powerful God,
help Your people to walk the path to salvation.
By following the teaching of St. John the Baptist,
may we come to your Son, our Lord Jesus Christ,
who lives and reigns with You and the Holy Spirit,
one God, for ever and ever.
Amen.

O God, who willed that Saint John the Baptist should go ahead of your Son both in his birth and in his death, grant that, as he died a Martyr for truth and justice, we, too, may fight hard for the confession of what you teach. Through our Lord Jesus Christ, your Son, who lives and reigns with you in the unity of the Holy Spirit, God, for ever and ever. 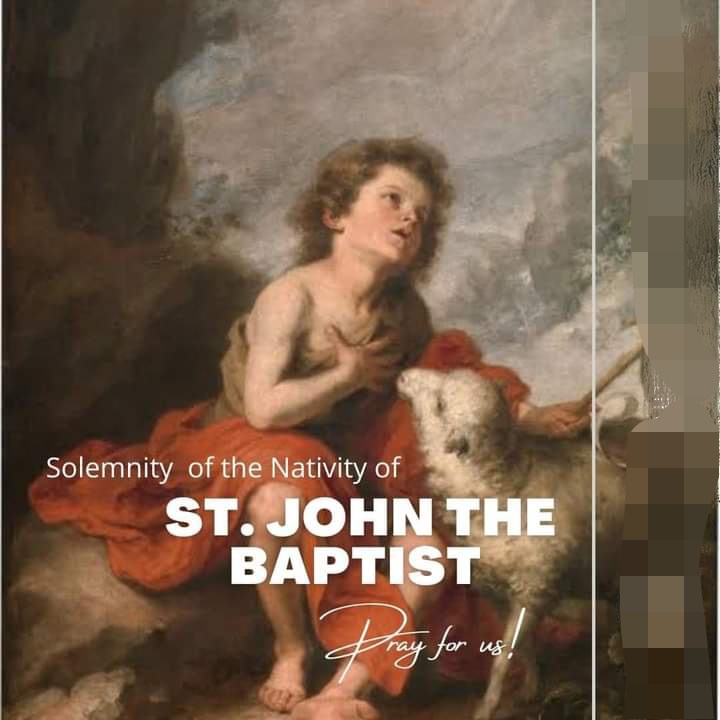 Saint John the Baptist, pray for us.