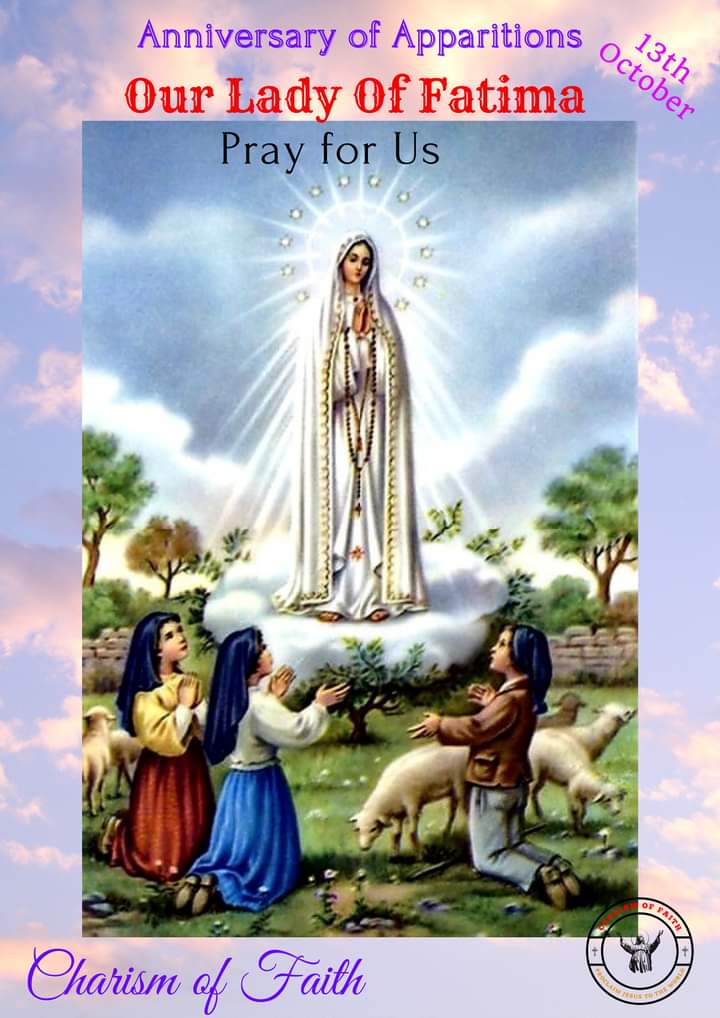 The Miracle of the Sun, also known as the Miracle of Fátima, is a series of events reported to have occurred miraculously on 13 October 1917, attended by a large crowd who had gathered in Fátima, Portugal, in response to a prophecy made by three shepherd children, Lúcia Santos and Francisco.

On Oct 13th, 1917, around 70,000 people flocked to Fatima, many unbelievers, hoping to see the Church humiliated. They all witnessed The Miracle of the Sun at Fatima. It was one of the most extraordinary and breathtaking events of the 20th century, yet, until now, it is hardly known outside the Church.
People came and endured a terrible rainstorm. At noon, Our Lady appeared to the children, and repeated her requests for the daily rosary, promising that World War I would soon end.

Then, while the three seers saw visions of the Holy Family, the crowd were mesmerised as the Miracle of the Sun unfolded. This was the Sixth and last apparition of Our Lady. When Lucy asked of the Lady:”What do you want from me?” she answered: “I am the Lady of the Rosary, I desire here a chapel in my honor to be built, that people continue to recite the Rosary every day. The war is going to end, and the soldiers will soon return to their homes.” Then Lucy asked: “may I ask you for cures and conversions, will you grant them?”. “Some yes, others no. It is necessary that they ask pardon for their sins, that they don’t offend God.

Then she opened her hands again and she launched a ray of light in the direction of the sun as Lucy shouted that they should look at the sun. At this point the promised sign happened, Lucy shouted to look at the sun, the rain stopped suddenly and there appeared an exceptionaly bright sun but not dazzling.

The sun began to turn as if projecting in each direction bands of light of each color that lit and colored the clouds, the sky, the trees, and the crowd. It stayed for some moments then it went back to its normal position, it stayed still for a small while and then it happened again. Suddenly it looked as if it stood out from the sky to fall headlong on the crowd, that was looking terrorized, they fell to their knees and begged mercy.

Meanwhile the children saw a Lady dressed like the white of the sun with a blue cape, St. Joseph with the Child Jesus that blessed the world. Then after this vision they saw The Lord bless the world, standing next to Our Lady of Sorrows. After these visions the Lady of Mt Carmel finished the miracle.

The people then became aware that their clothes were completely dried. One of the principal anti-clerical publications of the day was O Dia, a major Lisbon newspaper. On October 17th, O Dia reported the Miracle of the Sun and how it unfolded. At one o’clock in the afternoon, midday by the sun, the rain stopped. The sky, pearly gray in color, illuminated the vast arid landscape with a strange light.

Francisco died on 4 April 1919 and Jacinta died on 20 Februrary 1920. Before she died, little Jacinta revealed little-known but remarkable statements made by Our Lady. Here are just some of them: More souls go to hell because of sins of the flesh than for any other reason. Certain fashions will be introduced that will offend Our Lord very much. Many marriages are not good; they do not please Our Lord and are not of God. Priests must be pure, very pure.

They should not busy themselves with anything except what concerns the Church and souls. The disobedience of priests to their superiors and to the Holy Father is very displeasing to Our Lord. The Blessed Mother can no longer restrain the hand of her Divine Son from striking the world with just punishment for its many crimes.

O Jesus, through the Immaculate Heart of Mary, I offer You my prayers, works, joys and sufferings, all that this day may bring, be they good or bad.

For the love of God, for the conversion of sinners, and in reparation for all the sins committed against the Sacred Heart of Jesus and the Immaculate Heart of Mary. Amen.

Our Lady of Fatima, pray for us all, now and at the hour of our death. Amen 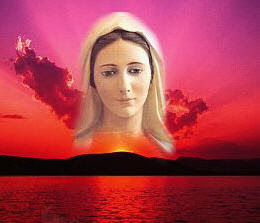