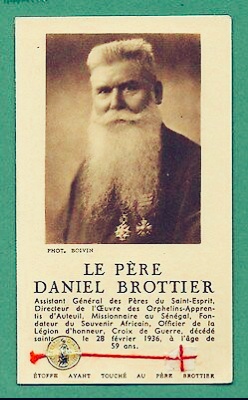 Brottier was born in La Ferté-Saint-Cyr, a commune in the Loir-et-Cher Department of France on 7 September 1876,(7 September 1876 – 28 February 1936) the second son of Jean-Baptiste Brottier, coachman for the Marquis Durfort, and his wife Herminie. A story from his childhood recounts that when he was five, his mother asked him what he would like to be when he grew up. Daniel’s answer was, “I won’t be either a general or a pastry chef—I will be the Pope!” His mother reminded him that to be the pope, he would first have to become a priest. Little Daniel piped up, “Well, then I’ll become a priest!”

Quite early on he showed an interest in the faith. Gifted with intelligence, good judgment, and a loving heart, he quickly showed himself to be headstrong and boisterous, and dreamt only of cuts and bumps. At the age of 10, Brottier received First Communion, and enrolled a year later in the minor seminary at Blois. In 1896, at the age of 20, he did one year of military service at Blois. He was ordained on 22 October 1899, after which he was assigned to teach for three years at a secondary school in Pontlevoy, France.

Restless in his life as a teacher and determined to be a missionary, the young Abbé Brottier decided to give his life to bringing the gospel to unbelievers. With this in mind he entered the congregation of the Holy Ghost Fathers. He was sent as a missionary to Senegal, W. Africa where he worked with great drive and commitment in the parish of St. Louis. After completing his novitiate, the now-Father Brottier was sent by the congregation to serve as a vicar in a mission parish in Saint-Louis, Senegal in 1903. He was disappointed that he had been assigned to a city rather than the more difficult interior.

Brottier had felt called to a more contemplative life than he had been living as a missionary in Africa, but the stay at Lérins rid him of that idea. As Brottier wrote to his sisters, “I lived unforgettable hours in the recollection of the cloister in an atmosphere of sacrifice and immolation. But the lack of sleep, and especially of food, wore me down, and after a few days I had to yield to the evidence: I was not made for this kind of life”. He was recalled to France in 1911 and became involved in raising funds for the cathedral of Dakar, capital city of Senegal.

The First World War intervened. He was enlisted in the French forces and worked in the Red Cross with the function of chaplain. In this capacity, he took part in the battles of Lorraine, the Somme, Verdun and Flanders. One of the fortunate few to survive the war, he founded the National Union of Ex-Servicemen shortly after leaving the French forces. In 1923, the Archbishop of Paris, Cardinal Dubois, asked the Congregation of the Holy Spirit to take over the Orphans of Auteuil, a shelter for the many half-starved children living on the streets of Paris.

Providing refuge and education for children was an early and ongoing option for the Congregation, which often had orphanages attached to seminaries and schools. Fr. Daniel Brottier took up the task. For 13 years, Fr. Brottier lived among these abandoned children. He welcomed them, listened to them and suffered with them in their misery. Of the orphanage, Fr. Brottier wrote; “So they turn, up full of confidence, at Auteuil. They have heard that in this house, as long as space can be found, children like them will get something to eat and drink, and a place to sleep.

Even better, they have been told that at Auteuil you are taught how to work and prepare for the future, so that there will be no more talk of the miseries suffered in the past. And later on, they can start a family of their own, full of joy and love.”
Fr. Brottier, without thinking of himself, tried to give the children at least sufficient comfort to make them want to live like everybody else: “Believe me, there has to be a minimum of well-being and comfort if these young people are to grow up without bitterness. Otherwise they will later on sow the seeds of revolt and anarchy in society”.

Daniel Brottier found an ally and friend for his life and work – Thérèse of Lisieux. At Auteuil, he “plotted” with her many ways of “tempting Providence” for the running and development of the work for orphans. Although preeminently a man of action, his work flowed from an interior “practical union” with God. He put it this way: “If Providence exists, if God is concerned about orphans and abandoned children, if the birds of the fields and the lilies in the valleys are dear to him, if the merits of some can go to help others, ….then in that case, we must act out this belief. We must not doubt Providence. We must pray and act…with that programme we can flatten mountains. We must press on with total confidence in God. Either we have faith, or we don’t have faith.”

Blessed Daniel is remembered for saying: “My secret is this: help yourself and heaven will help you. … I have no other secret. If the good God worked miracles, through Thérèse’s intercession, I think I can say in all justice that we did everything, humanly speaking, to be deserving, and that they were the divine reward of our work, prayers and trust in providence.” Father Brottier died on February 28, 1936 in the Hospital of Saint Joseph in Paris. He was buried in the Chapel of St. Thérèse in Auteuil on April 5, 1936. He was declared venerable in 1983, and beatified on November 25, 1984, by Pope John Paul II. The cause for his canonization was greatly advanced by the claim, in 1962, that his body was as intact as on the day of his burial. In addition, many miracles have been attributed to his intercession. 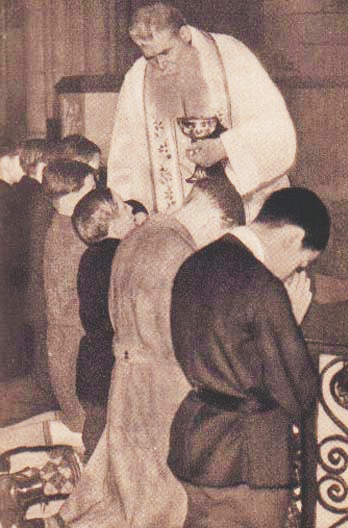 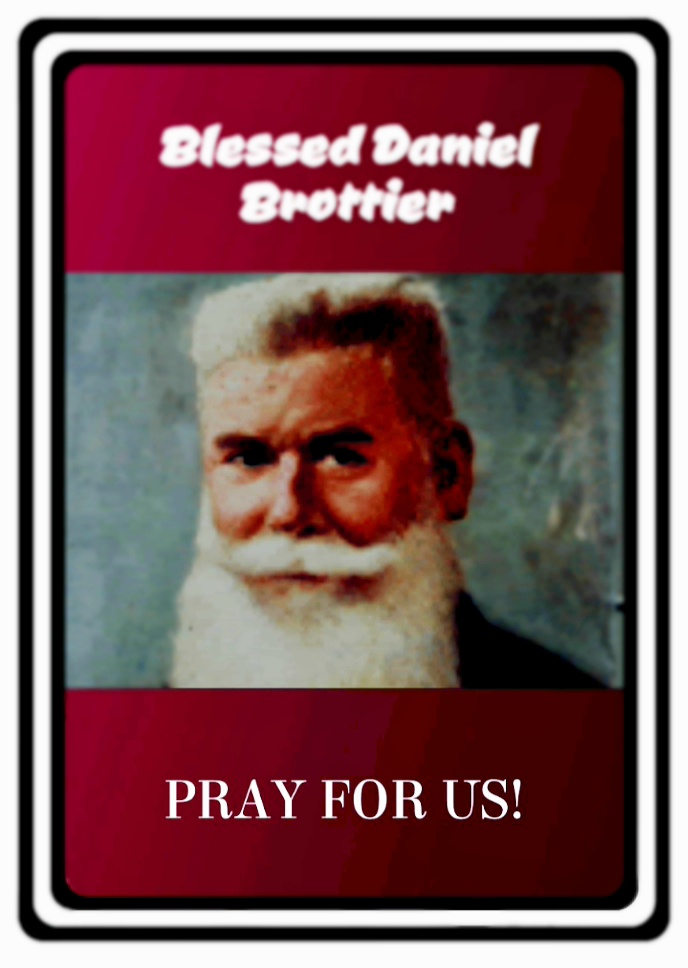 Blessed Daniel, you might be called “Teflon Dan” since nothing seemed to harm you while in the midst of war. God intended to use you in some wonderful ways for the good of the Church and you willingly served, becoming a good example for us all.

Blessed Daniel Brottier, pray for us to be good examples to our fellow Christians and live our lives in faith and trust in Jesus our Lord. Amen