The earliest information on St. Bibiana, a Roman female martyr, occurs in the biography of Pope Simplicius (468-483) where it is stated that he “consecrated a basilica of the holy martyr Bibiana, which contained her body”. This Basilica still exists. In the fifth century, the bodily remains of St. Bibiana rested within the city walls. Virgin and Martyr, nothing much is known about this saint. However, the following account is from a later tradition.

It is said that in the year 363, Emperor Julian made Apronianus Governor of Rome. Bibiana suffered in the persecution started by him. She was the daughter of Christians, Flavian, a Roman knight, and Dafrosa, his wife. Bibiana’s father was tortured and sent into exile, where he died of his wounds. Her mother was beheaded, and their two daughters, Bibiana and Demetria, were stripped of their possessions and left to suffer poverty.

However, they remained in their house, spending their time in fasting and prayer. Governer Apronianus, seeing that hunger and want had no effect upon them, summoned them. Demetria, after confessing her faith, fell dead at the feet of the tyrant. Bibiana was reserved for greater sufferings. She was placed in the hands of a wicked woman called Rufina, who in vain endeavored defile her virginity. She used blows as well as persuasion, but the Christian virgin remained faithful.

Enraged at the constancy of this saintly virgin, Apronianus ordered her to be tied to a pillar and beaten with scourges, laden with lead plummets, until she died. The saint endured the torments with joy, and died under the blows inflicted by the hands of the executioner. Her body was then put in the open air to be torn apart by wild animals, yet none would touch it. After two days she was buried according to this legend.

O God, you are the Giver of all holy gifts, which the virgin Bibiana used for the cause of her faith and so suffered martyrdom. Through her intercession, so unite our minds in the bond of charity and chastity that we may obtain everlasting rewards.

Through our Lord Jesus Christ, your Son Who lives and reigns with you, in the unity of the Holy Spirit, world without end. Amen 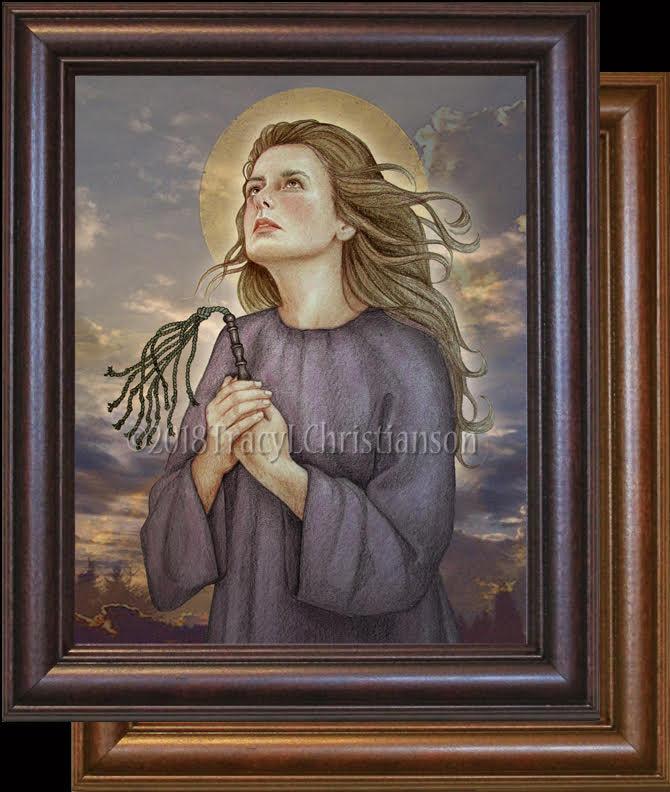 Saint Bibiana, pray for us!